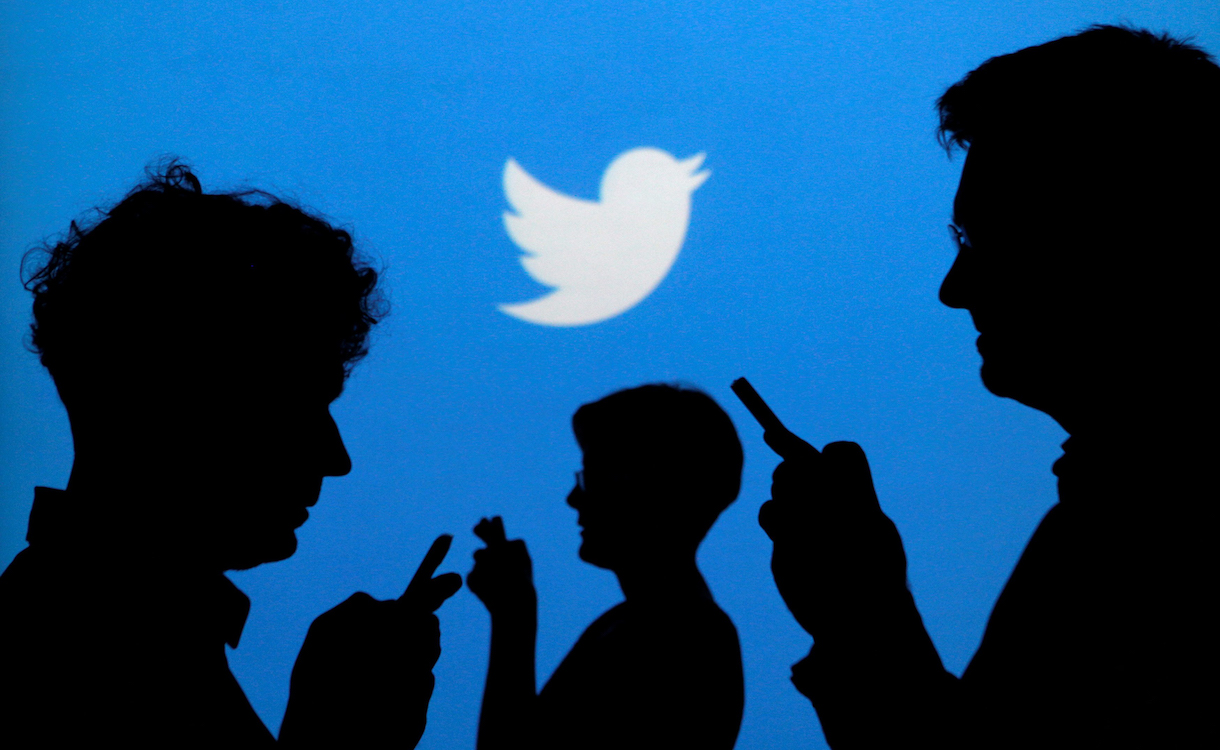 People holding mobile phones are silhouetted against a backdrop projected with the Twitter logo in this illustration picture taken in Warsaw September 27, 2013. REUTERS/Kacper Pempel/Illustration/File Photo

A significant internet outage hit the tech world Friday. Hundreds of websites including Twitter, Spotify and Reddit were down for a number of hours following a hack on Dyn, a major DNS host. Nintendo revealed their latest console, the Switch, and earlier in the week Tesla Motors announced that all cars they produce will now be fitted with hardware to allow self-driving capabilities.

Top line: “A DDoS attack uses a variety of techniques to send countless junk requests to a website. This boosts traffic to the website so much that it gets overwhelmed, making it nearly impossible for anyone to load the page.”

2. Everything We Know About Nintendo Switch—Wired, Chris Kohler

Top line: “Nintendo Switch is on track to release in March 2017. When it’s out, your home and portable play will be combined into one unit: Switch is a tablet with detachable controllers that can dock with your TV, playing its games anywhere.”

Top line: “All new Tesla models are being built with hardware to enable them to be fully self-driving, Elon Musk has announced. The company has said its Model S and Model X electric cars are already being produced with the new system, which includes eight cameras, 12 updated sensors and radar with faster processing.”

Top line: “Qualcomm has just unveiled its first 5G X50 chip and more details on its X16 LTE modem that will likely end up powering the next generation of connected devices. To help deploy these faster data speeds to consumers, Qualcomm is also partnering with Netgear, Ericsson, and Australian carrier Telstra to deliver a super fast gigabit-ready network before the end of the year.”

Top line: “The UK’s security services, including GCHQ, MI5 and MI6, have been unlawfully collecting and using mass datasets of personal information for more than 10 years.”

6. Ecuador cut Assange’s internet with a little push from the US—Engadget, Mariella Moon

Top line: “Assange, as you know, founded WikiLeaks, which has been publishing emails stolen from the Democratic National Committee’s computers. The government believes Russia has been orchestrating the cyber attacks and releasing sensitive data to influence the US presidential elections.”

7. Samsung is setting up Note 7 exchange booths at airports around the world—The Verge, James Vincent

Top line: “The first of these new “customer service points” appear to have been introduced in South Korean airports, but Samsung has confirmed the booths are opening in airports across Australia, with reports of the desks appearing in the US as well.”

Top line: “The FBI has arrested a Russian man who’s suspected of hacking LinkedIn in 2012 and attempting to sell the personal details of users online.”

Top line: “T-Mobile has agreed to pay $7.5 million to the government and to compensate affected consumers with $35.5 million worth of additional mobile data and discounts on phone accessories.”

10. Yahoo wants the US to explain its email surveillance order—The Verge, Amar Toor

Top line: “Yahoo’s call, outlined in a letter published on Wednesday, comes after a report from Reuters showed that the web company built a powerful surveillance system that scanned all incoming emails for a specific string of characters.”

~JessE is reading Revenge of the Cool Kids