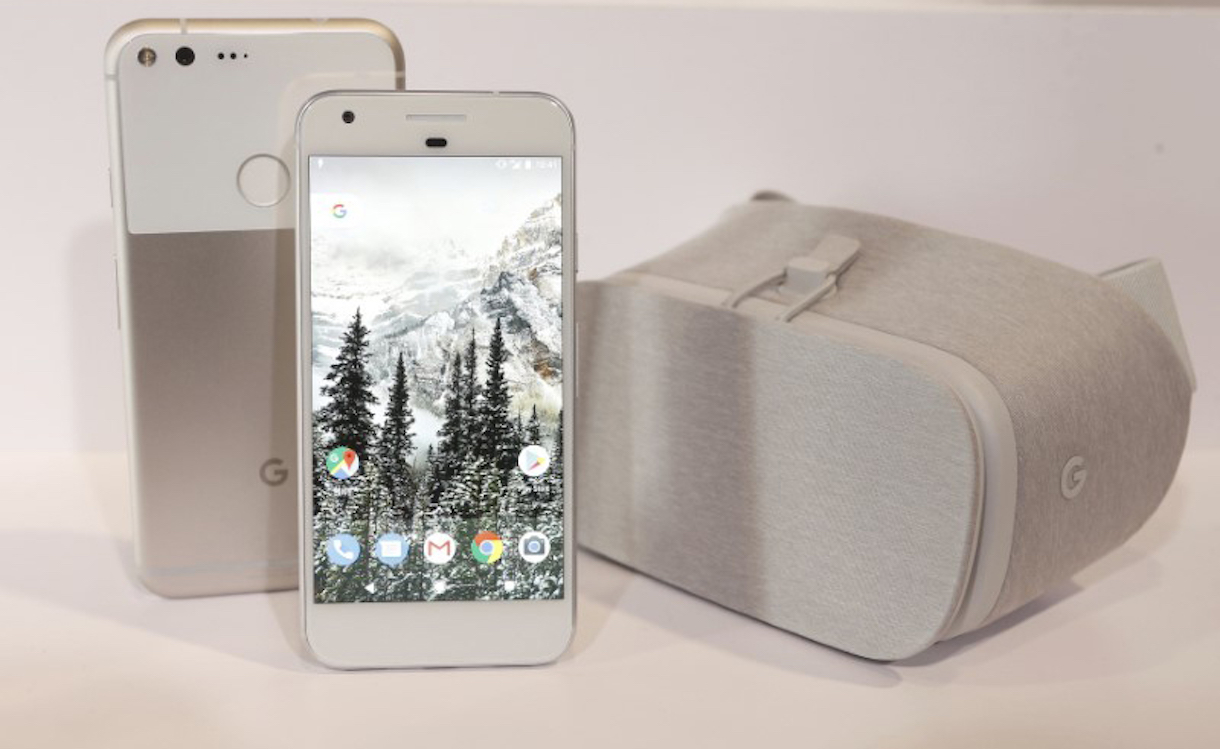 Google announced a host of new products this week including Pixel smartphones and a VR headset. Twitter made headlines over rumored buyout reports, an NSA contractor was charged with stealing secret data and WhatsApp released an update that lets users draw on pictures.

1. Everything you need to know from Google’s Pixel event—TechCrunch, Devin Coldeway

Top line: “First up were the new Pixel phones. These sleek devices are “the first phones designed by Google inside and out.” The accuracy of that claim is perhaps debatable, but the devices are definitely focused on the pure Google experience.”

2. Twitter wants to be bought, but no-one is buying—Android Authority, Rob Triggs

Top line: “It’s no secret that Twitter wants to be bought, and there have been numerous reports circulating lately mentioning big names, including Google and Apple, as potential buyers. However, it turns out that these companies don’t actually appear very interested in buying the social media platform right now.”

Top line: “A federal contractor suspected in the leak of powerful National Security Agency hacking tools has been arrested and charged with stealing classified information from the U.S. government, according to court records and U.S. officials familiar with the case.”

Top line: “As well as the ability to customise photos, the company has also made the camera work with a front-facing flash and added zoom to videos. To change between the front and rear-facing cameras, just double tap the screen.”

5. You can now encrypt your Facebook Messenger chats—Mashable, Manish Singh

Top line: “The privacy-centric feature is available as “secret conversations,” on the top right of Messenger’s “new message” screen. In addition to texts and photos, Facebook has put the encryption layer on stickers as well, but videos and GIFs are not included.”

Top line: “Yahoo Inc last year secretly built a custom software program to search all of its customers’ incoming emails for specific information provided by U.S. intelligence officials, according to people familiar with the matter.”

7. Samsung acquires Viv, an AI platform from the makers of Siri—Engadget, Richard Lawler

Top line: “Samsung is making a splash by buying up some AI power of its own. Viv Labs was founded by some of the same people behind Apple’s Siri technology, who have referred to their new platform as an assistant that’s capable of anything.”

Top line: “The controllers will arrive on December 6, and you can pre-order them starting next Monday, October 10, for $199. All pre-orders will come with two free games, ‘VR Sports’ (think ‘Wii Sports’ for VR), and spellcasting game ‘The Unspoken.’”

Top line: “If the report proves true, the share sale would be the largest on a US stock exchange since 2014, when Chinese e-commerce service Alibaba was first listed at a value of $168bn.”

Top line: “On Thursday, the company released its Open Candidates feature which now lets members privately notify recruiters that they’re open for opportunities without exposing themselves to their current company.”

~JessE is reading What Amazing Things May Come