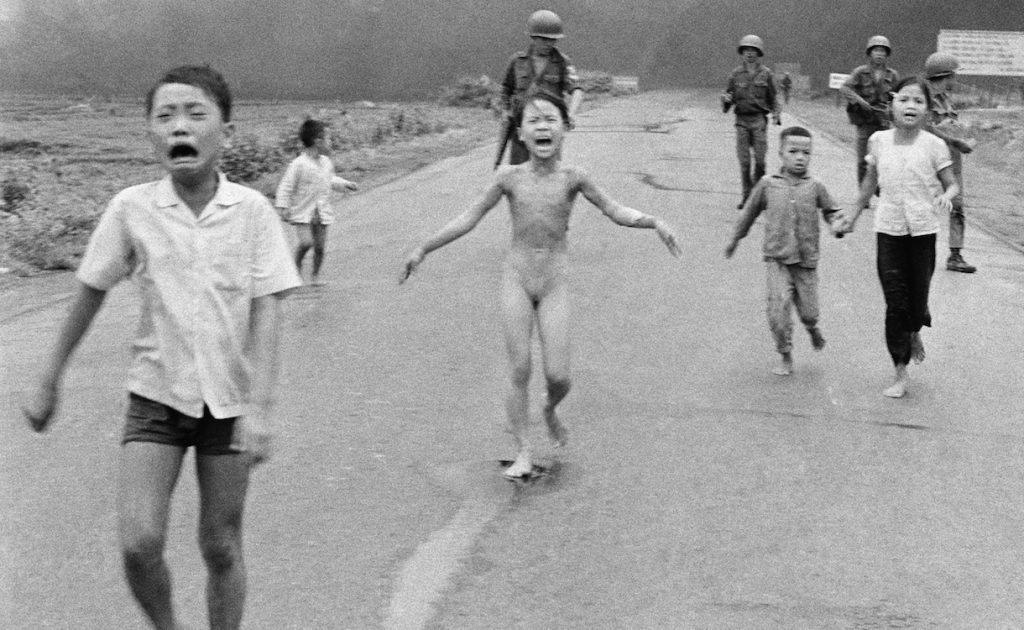 The Pulitzer Prize-winning image by Associated Press photographer Nick Ut is at the center of a heated debate about freedom of speech in Norway after Facebook deleted it from a Norwegian author’s page last month. AP Photo/Nick Ut, File

Facebook made headlines this week after removing and then re-instating an iconic image from the Vietnam war over a nudity report. Tesla announced new safety measures for their Autopilot car feature. Samsung shares dipped following the Galaxy Note 7 recall and Apple revealed their next round of product releases.

Read more about these stories, as well as the other top stories of the week, from thE Flipboard Technology section.

Top line: “The editor-in-chief of Norway’s biggest newspaper has accused Mark Zuckerberg of abusing his power after Facebook deleted a post containing a historic image from the Vietnam War.”

Top line: “Drivers will see more prominent alerts on screen, vehicles will steer to avoid collisions when they’re around 100 per cent sure a crash will happen, and automatic braking will help drivers who have to stop in an emergency.”

3. Samsung will mark replacement Note 7 devices with a blue S on the box—The Verge, Chris Welch

Top line: “You’ll see a small black box on the white barcode label, but the more obvious identifier will be a circular sticker with a blue S in the middle.”

6. Yahoo dishes the details behind its sale to Verizon in 360-page legal filing—Mashable, Patrick Kulp

Top line: “The 360-page document describes the long and meandering road — and the dozens of meetings with buyers along the way — leading to the dilapidated web portal’s sale to the telecom giant.”

Top line: “In four and a half years, we’ve seen the company expand its line-up to cater for smaller budgets, incorporate more features into its computing boards and inspire kids all over the world to get into coding.”

Top line: “What we do know is that by acquiring Apigee, Google gets an established player in the API management space with a strong customer list to help companies going through the difficult process of becoming more digital.”

Top line: “Elon Musk has taken to Twitter to seek clues about the cause from any third-party footage of the incident that may exist. Plus, he’s not ruling out some kind of third-party interference.”

10. Arrests over hacks of CIA and FBI staff—BBC

Top line: “Two Americans have been arrested and charged for allegedly helping to hack high-ranking US government officials.”

~JessE is reading The Dark Side of the Internet