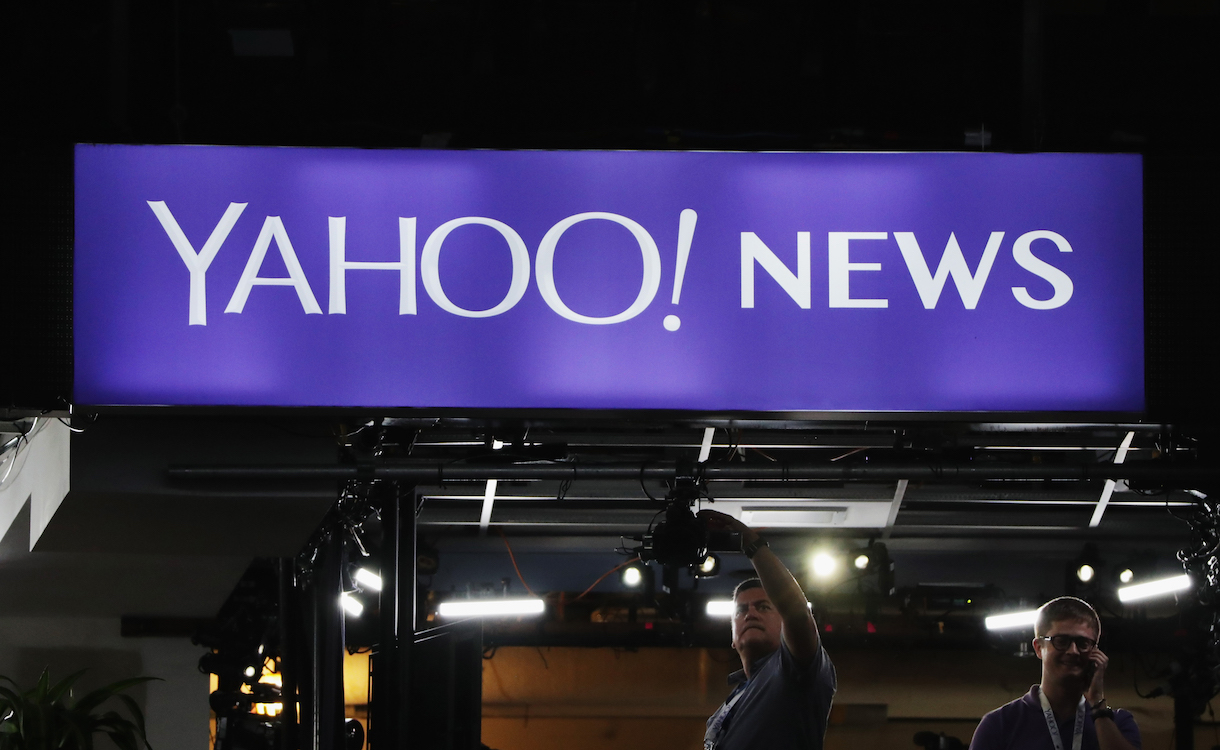 A Yahoo! News sign is displayed prior to the start of the first day of the Democratic National Convention at the Wells Fargo Center, July 25, 2016 in Philadelphia, Pennsylvania. Photo by Alex Wong/Getty Images

Yahoo confirmed this week that they had fallen victim to one of the biggest cybersecurity breaches ever after at least 500 million user accounts were compromised. Google launched their WhatsApp rival Allo and Samsung announced that so far half of the potentially damaged Galaxy Note 7s have been exchanged in the U.S.

Top line: “The account information may have included names, email addresses, telephone numbers, dates of birth, hashed passwords (the vast majority with bcrypt) and, in some cases, encrypted or unencrypted security questions and answers.”

Top line: “Probably the best way to sum up the Assistant is that it lets you bring info from around the internet right into your conversations without having to jump back and forth between apps.”

3. Samsung: ‘about half’ of dangerous Note 7s have been exchanged in the US—The Verge, Dieter Bohn

Top line: “Samsung is claiming that “about half” of the Galaxy Note 7 devices that could potentially explode have been exchanged for new phones — at least in the US.”

Top line: “The U.S. Transportation Department, urges that car makers and other developers submit to a 15-point “safety assessment” outlining how driverless cars are tested, safeguards should systems fail and how vehicles are programmed to comply with existing traffic laws.”

Top line: “The teaser video for the announcement is simply titled “Google: Oct. 4” and features the iconic Google Search box slowly morphing into an outline the size of a smartphone.”

6. Airbnb is now worth $30 billion after raising a fresh $550 million—Mashable, Emma Hinchcliffe

Top line: “The $550 million goes toward $850 million the company filed to raise in July. The round values Airbnb at $30 billion, making it one of the biggest startups in recent years to remain private.”

Top line: “A few weeks ago, Facebook reportedly notified advertisers that it had accidentally been excluding videos that users watched for less than 3 seconds from its “Average Duration of Video Viewed” measurement.”

Top line: “Media attachments such as photographs, videos, gifs, polls and quoting another tweet will no longer count toward the 140-character limit.”

Top line: “As the Facebook-owned app continues to add more ways for users to communicate with each other, there is more opportunity for an important message about who needs to buy milk next getting lost in the chat without the ‘@’ function.”

Top line: “The firm did not say how long the repurchase scheme would last. Its previous buyback, also worth $40bn, was announced in September 2013 and is due to be completed by the end of the year.”