#ICYMI: Popular Stories in Tech This Week (Week of June 13) 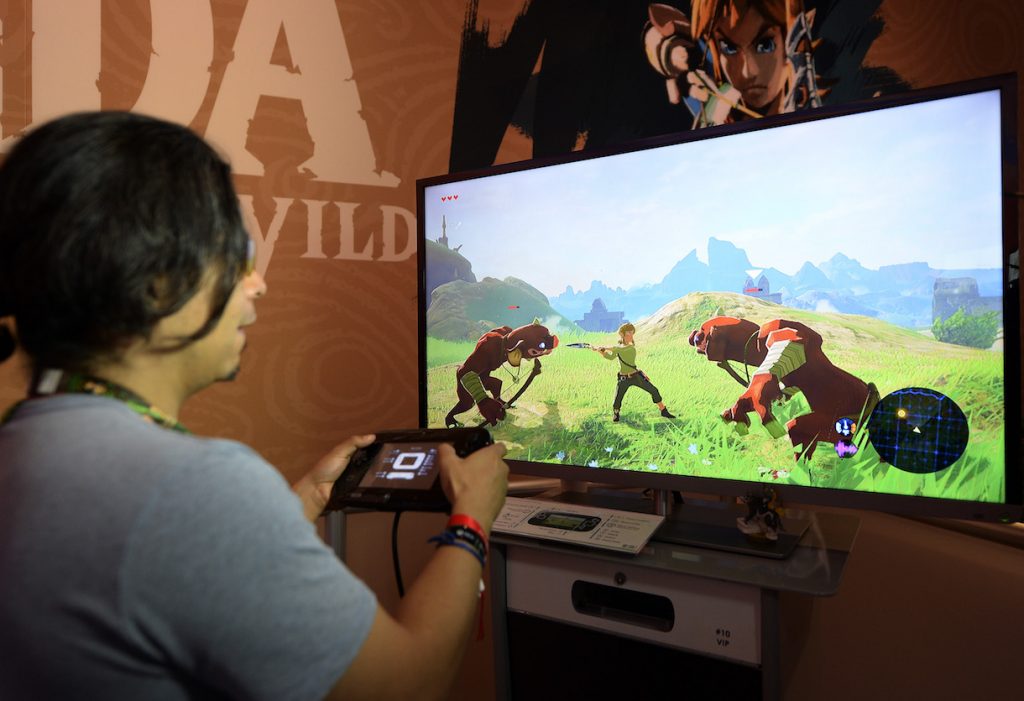 Gamers try out the new video game “The Legend of Zelda: Breath of the Wild” during E3 2016 at the Los Angeles Convention Center on June 14, 2016.  (Photo by Kevork Djansezian/Getty Images)

Two big events created the most news in the tech world this week. Apple hosted their annual Worldwide Developers Conference (WWDC) in San Francisco, announcing a host of new releases and updates including iOS 10, changes to Apple Watch, a revamp of iMessage and a redesign of Apple Music.

In Los Angeles the Electronic Entertainment Expo (E3) showcased the latest in gaming. Microsoft unveiled new consoles Xbox One S and Project Scorpio, a Minecraft cross-platform update as well as a host of new games. Sony and Nintendo also revealed numerous new games, including a preview of the next Call of Duty title from Sony and Nintendo’s Legend of Zelda: Breath of the Wild.

While those were some of the biggest tech releases from the last seven days, the following 10 stories were among the ones most liked and re-flipped by our readers.

1. The Legend of Zelda is the biggest game at E3 because it finally changed—The Verge, Andrew Webster

Top line: “At E3, those devoted fans were treated to a game that looks very different from past Zelda adventures. While it features familiar elements and the same protagonist, Breath of the Wild modernizes the Zelda formula in a lot of ways. It takes place in a vast open-world, one where you’re free to explore however you like, with no predefined path looming in front of you.”

Top line: “Alex MacCaw, cofounder of data API company Clearbit, shared a screenshot of a text attempting to trick its way past two-factor authentication (2FA) on a Google account.”

Top line: “ The competition to design, to innovate, and to release cutting edge technology drives progress. For Apple to sit back and not fully engage may seem to be the best short-term move for Apple, but in the long-term it does the brand a disservice.”

4. How much extra would a US-made iPhone cost? MIT has done the sums—9to5Mac, Ben Lovejoy

Top line: “So the bottom-line appears to be that assembly could be done in the U.S. if consumers were willing to pay an additional $30-40, rising to around an additional $100 if as many components as practical were manufactured here – but the impact on the job market isn’t likely to be significant.”

Top line: “SamMobile reports that the Smart Glow feature consists of a colored luminous ring that surrounds a device’s rear camera and notifies users of calls and texts, but also when the battery is low or has reached full charge.”

6. Toronto is poised to become the next great producer of tech startups—TechCrunch, Josh Guttman

Top line: “The city has all the markings of a world-class hub for technology startups—simmering with entrepreneurial talent, opportunity and a strong foundation to support it. I think Toronto is poised to contend as one of the biggest North American hubs for technology startup activity over the next five-10 years.”

Top line: “While it can be implemented in a number of different ways, the core idea of the blockchain is that it’s a transaction database, similar to an accountant’s traditional ledger, but one that is digitally synced between market participants with built-in cryptographic safeguards to keep anyone from altering data that’s already been recorded.”

Top line: “Score Assured takes control of all your social media, scrapes it for keywords such as ‘loan,’ ‘pregnant’ and, who knows, ‘libertarian,’ analyzes them and then offers a picture of the supposed real you to your potential landlord or employer.”

Top line: “BamBrogan opened by reiterating that the company isn’t inventing anything new: Hyperloop can be built right now, but it’d be way too expensive to set up for public use at this point. However, innovation is necessary to bring costs down so the system can be manufactured and deployed widely.”

Top line: “Apple’s first preview of iOS 10 was jam-packed with new features and improvements including: