#ICYMI: Popular Stories in Tech This Week (Week of June 20) 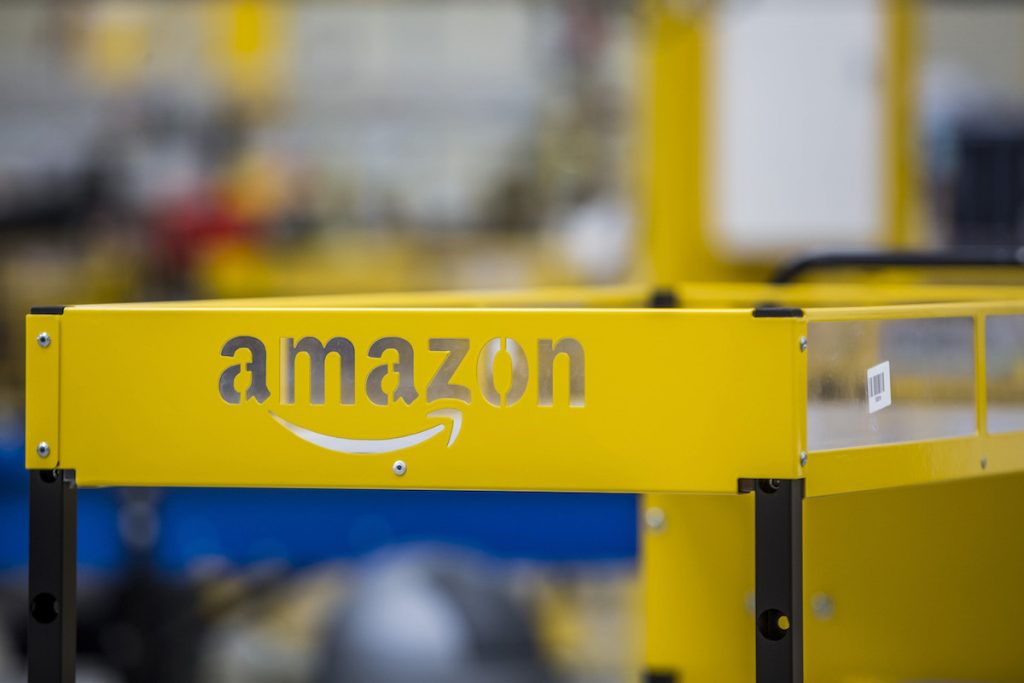 As Amazon faces pricing competition from browser extension Honey this week, this photo shows an Amazon logo on a collection cart for customer orders on the opening day of the new Amazon.Com Inc. fulfillment center in Dobroviz, Czech Republic, on Tuesday, Sept. 8, 2015. (Martin Divisek/Bloomberg)

Instagram hit the headlines this week after reaching a new milestone. The photo-sharing app announced they now have 500 million active users. They also unveiled a plan to begin automatically translating comments, captions and profile bios based on a user’s chosen language.

It was revealed by HTC that former CEO Peter Chou has officially left the company after discreetly retiring in September 2015. Chou was replaced as CEO in March 2015 but initially stayed on in a new role to advise HTC.

Technology and politics collided as House Democrats staged a sit-in over a gun control bill. After official broadcasts were suspended in the House of Representatives, the protest was streamed on Periscope and Facebook Live.

While those were some of the biggest tech news stories from the last seven days, the following 10 stories were among the ones most liked and re-flipped by our readers.

1. Use Honey to save money on Amazon purchases—CNET, Rick Broida

Top line: “Once installed, it displays another little badge alongside the price, this one indicating whether or not you’re seeing the best price. They call this Cart Protection, but the idea is to catch you before you add a product to your cart and present you with a cheaper alternative.”

2. The next wave in software is open adoption software—TechCrunch, Jake Flomenberg

Top line: “This is a new wave in software — one that’s not only displacing incumbent markets, but creating entirely new ones. We call these Open Adoption Software (OAS) companies, and we believe they’re primed to build meaningful businesses — and drive large economic outcomes.”

3. Why Bose’s new wireless headphones should always be in your hand luggage—The Next Web, Juan Buis

Top line: “ANC makes sure that once you put on the QC35, the sound of your surroundings get turned down to a whisper. Once you put on some music, it’s completely gone. It’s nice when you’re working in a noisy office, but turns into something essential when you’re on a plane.”

Top line: “Two women went temporarily blind from constantly checking their phones in the dark, say doctors who are now alerting others to the unusual phenomenon. The solution: Make sure to use both eyes when looking at your smartphone screen in the dark.”

5. Microsoft shows how bad Chrome is for your laptop’s battery—The Verge, Tom Warren

Top line: “Improve your Excel efficiency and proficiency with these basic shortcuts and functions that absolutely everyone needs to know. Including:

7. Which iPhone lens is best? The Zeiss ExoLens looks like a winner—Mashable, Raymond Wong

Top line: “I haven’t tried every single iPhone lens out there, but I feel confident that Zeiss’s ExoLens lens system is the best one out there. The three lenses I tested all have the qualities that made Zeiss glass coveted before the invention of the smartphone.”

8. 3 chatbots to help you find your next job—Venture Beat, Khari Johnson

Top line: “Countering fears that bots are replacing humans in the workforce, a few young startups have come up with bots to help you find available positions, chat with hiring managers, or even create your next job.”

Top line: “The phenomenon only occurs when a full moon coincides with the northern hemisphere’s longest day of the year, known as the summer solstice. The last time it happened was during the so-called “summer of love” in 1967.”