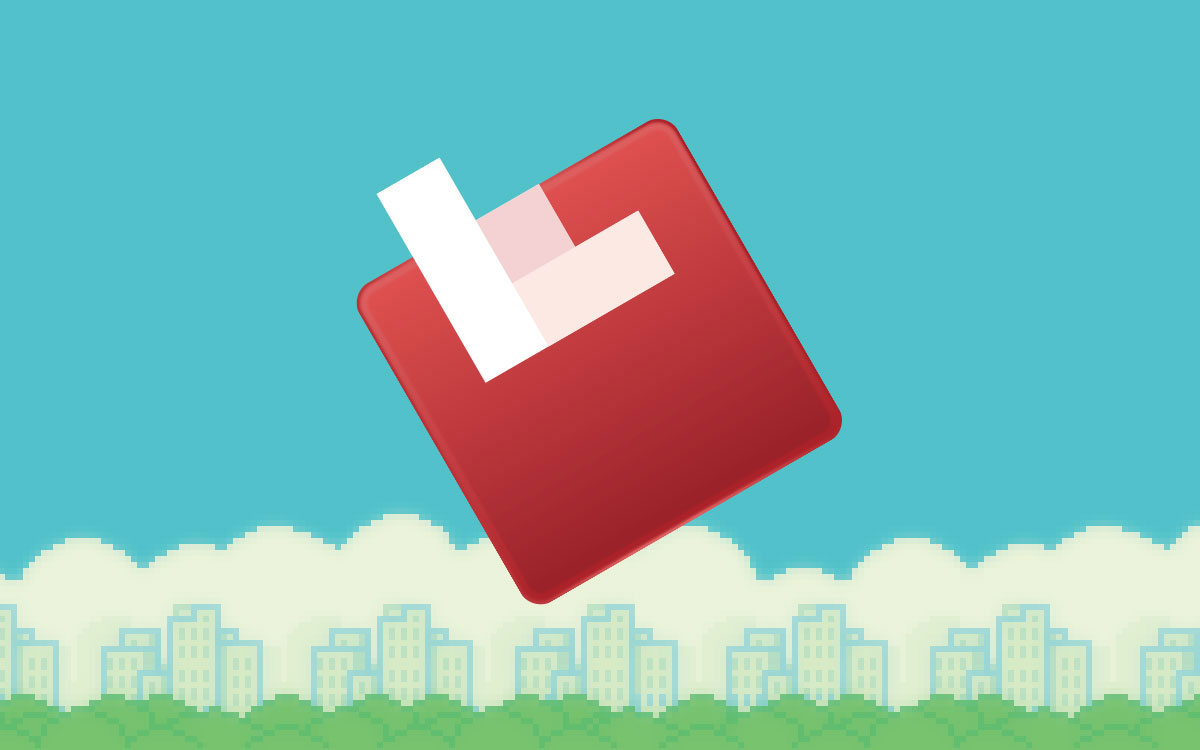 In 2010, humans spent 3 billion hours a week playing video games—three billion!—and that was before Flappy Bird made addicts of us all.

The developers at Flipboard have had enough FOMO and decided to do something about it. They sequestered themselves for days, living only on office staples like dried seaweed and fizzy water, devising Flipboard’s first video game. Now that it’s ready, a few folks are worried that it’s unsafe to unleash on our readers, but mostly we’re really excited to share what’s sure to be the next global gaming sensation: Flappy Board. 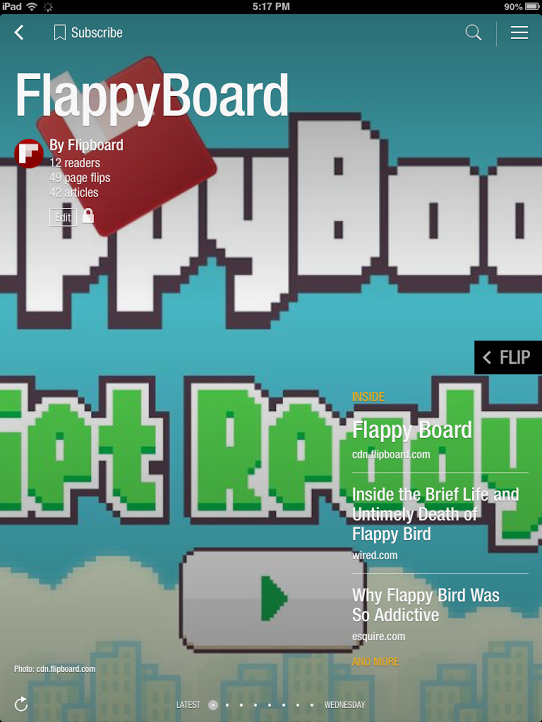 PS Flappy Board will not work on Mobile IE and iPad 1.