MagsWeLove 2013: Flipboard Magazines That Inspired Us Most 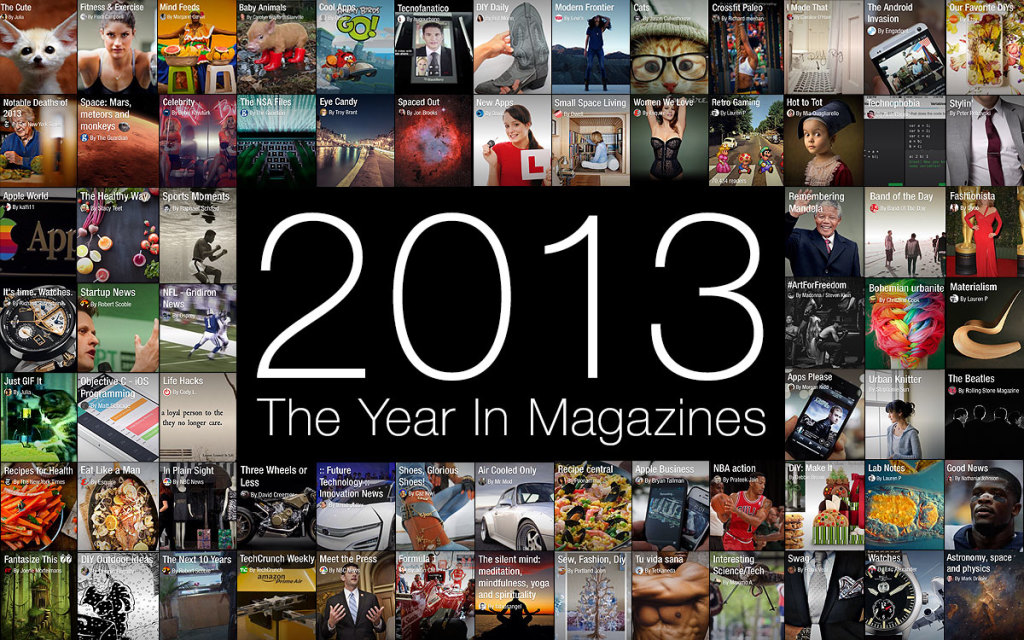 Introducing the ability to create your own magazines on Flipboard was one of our biggest highlights for 2013, and the response we’ve received has been absolutely mind-blowing — more than 5 million magazines have already been created. So as part of our year in review, we surveyed the staff here at Flipboard to compile our first-ever collection of the best magazines created by Flipboard MagMakers.

We’ve found everything from the “Best Magazine to Make Everyday Food Feel Much Less Everyday,” to the “Best Fitness Magazine to Unleash Your Inner Animal,” with lots more great magazines in between.

In fact, to all the MagMakers featured in our “Best of MagsWeLove 2013” collection, we say: Congratulations! Thanks for sharing your energy and insight, and we can’t wait to see what you do in 2014.

Flip through the Best of MagsWeLove 2013 metazine
(HINT: It looks best in the Flipboard app)