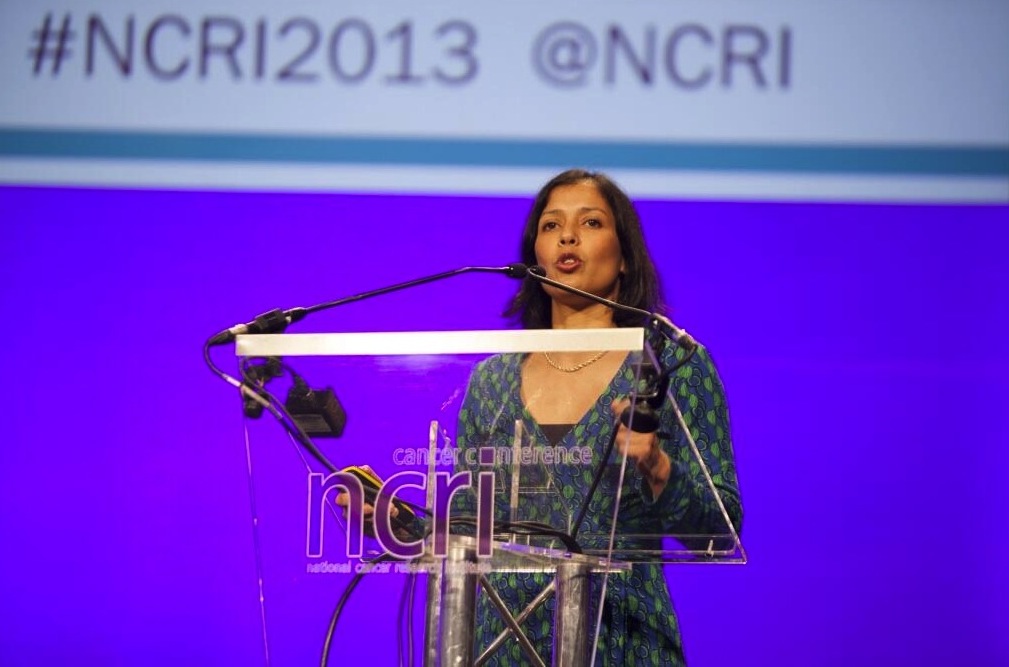 Flipboard MagMaker Nazneen Rahman is on a quest to find the genes that cause cancer. As the head of the Division of Genetics and Epidemiology at the Institute of Cancer Research and the Cancer Genetics Clinical Unit at the Royal Marsden NHS Foundation Trust in London, she leads a research effort focused on breast, ovarian and childhood cancers.

Rahman and her team know the thrill of discovery. Among her biggest: helping to identify the PALB2 gene, which puts people at a greater risk of developing breast cancer and certain childhood cancers. “There’s joy in discovering something about how genes work that nobody has ever known before,” Rahman says. “That joy is really potent.”

Rahman sees herself as an “accidental scientist.” As a junior doctor pregnant with her son, she decided to get a PhD in molecular genetics, which she completed in 1999. From there, a passion for genetics grew quickly.

“Science is very creative,” Rahman says. “Medical situations, where you follow exact protocols, are not a time for being creative. Whereas in science, it always helps if you can be creative to think of different ways to address problems.”

Rahman’s creativity reaches well beyond the research lab. Her longtime hobbies, jazz singing and songwriting, gained momentum over the last few years as she began to record and share her pieces online. She recently released a four-track EP of jazz standards via Soundcloud, and she will release her debut album in January.

Life, she says, is a full-course meal. “However much you’ve eaten for the main course, you still have room for dessert. Music takes a different part of my time. It’s constantly with me.”

Flipboard is on her menu as well. In Modern Medicine, Rahman curates a news magazine about the latest developments in genetics and oncology research: 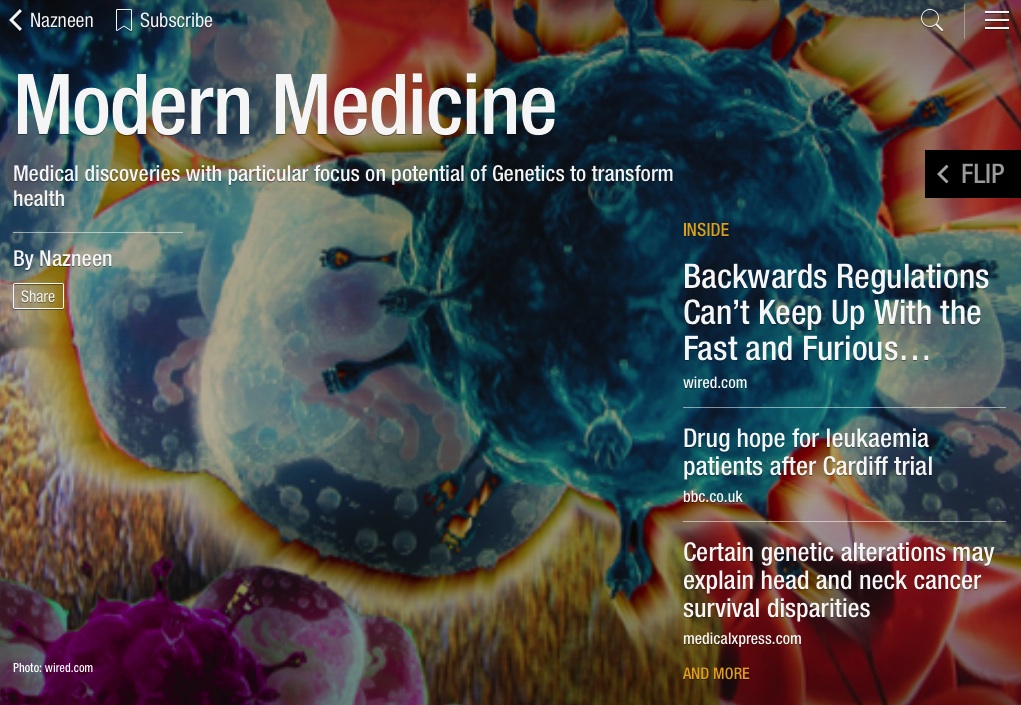 Hidden in Plain Sight is the magazine where Rahman collects the ideas, sounds, and images that inspire her music: 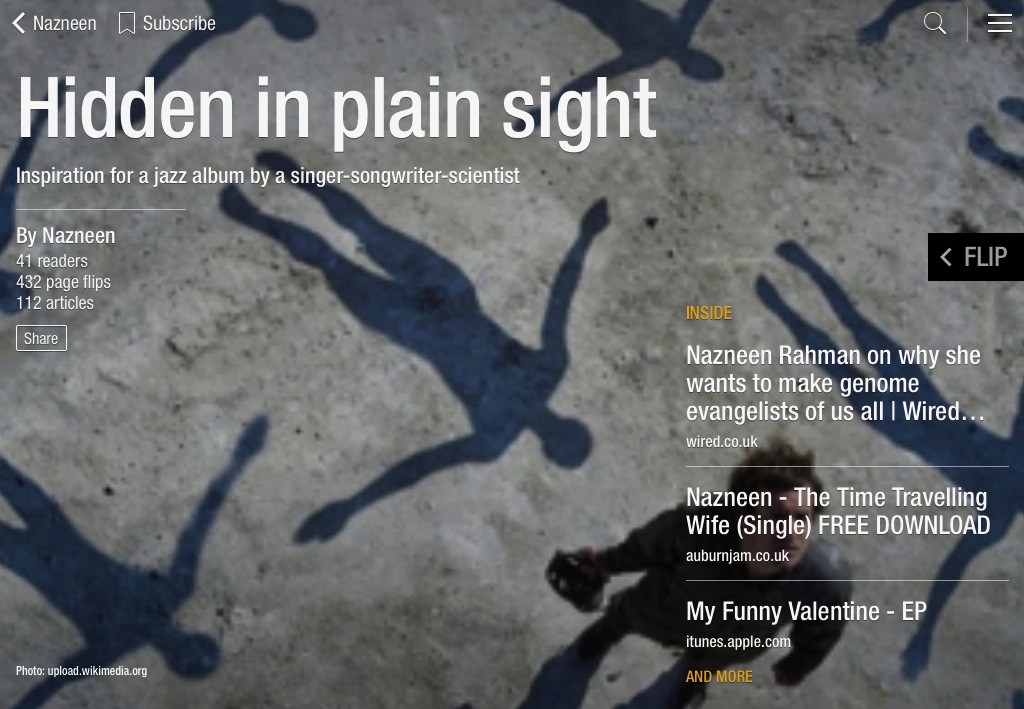 Check out all of Rahman’s magazines via her Flipboard profile.