On the Red Couch: Brandon Boyd of Incubus 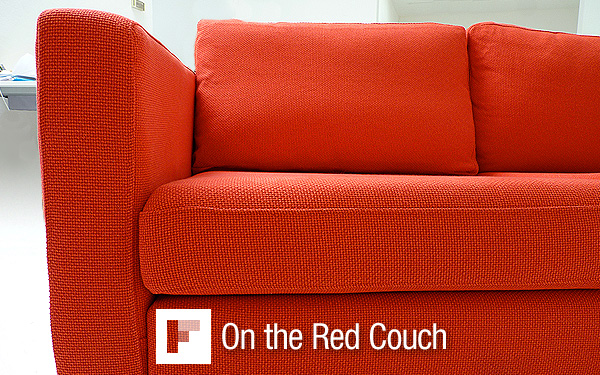 When we found out that Brandon Boyd, lead singer of the band Incubus, is a Flipboard fan, we wanted to learn more about why social media is important to him, what inspires him, and what he reads on his Flipboard. Here’s what he said:

1) We heard you just started using social media more. As a band, why is it important that you do this, and why now?
We have, truth be told, been using tools like Facebook for a few years already. But none of us took them as seriously as some of our peers did. This was mostly because of the timing involved in our hiatus and the explosion of popularity of these tools in the past four to five years. But being that we have a new album, If Not Now, When?, coming out, and we, as a band, are interested in letting people know about it, we want to utilize whatever tools we have at our disposal! So we each started tweeting about a month ago, among other things. We used to have a hand-written mailing list when we first started our band. We’d meet at [guitarist] Mike [Einziger]’s house, fold fliers, lick stamps and then handwrite addresses on the envelopes before sending them through the post. My oh my, how things have changed. Makes me feel old…ish.

2) What inspires you?
I am inspired by anything and everything I come into contact with. I like to read so the minds I selectively audit do indeed have an effect on what comes out of me. I also found an interesting love for photo, art and design blogs over the past few years. Having that instantaneous visual stimulation at the swipe of my hand served as a neat, new mechanism for me.

3) How great was opening up for Pantera and Black Sabbath at the L.A. Forum? (Asked by Paul Gerard Fuertes via Facebook.)
Opening up for Sabbath was seriously amazing. There were moments here and there on the tour when some of the audience were looking at us like we had just landed on Earth from the Pleiades, but for the most part it was a very memorable time. Thanks, Ozzy and Sharon!

4) Where do you like to perform the most and why? Can’t be your hometown. (Asked by Miguel Gonzalez via Facebook.)
One of my favorite places to perform is at our HQ on La Brea. It is, effectively, our rehearsal space but we’ve been inviting people in over the past few nights and broadcasting it to the web. So I cheated a bit by answering with my hometown, but the fact that it goes everywhere at once kind of disqualifies your pre-requisite.

5) What do you like to read on Flipboard?
Facebook is fun on Flipboard because of how it looks important like a news feed. Then you realize that the person whose pictures you see all the time but have never actually met is posting about how good her veggie patty was at the company BBQ, you cant help but smile and swipe on. I also like the news feeds. To get a little dose of a bit of everything is a good idea if
we are being democratic.

Thanks to the members of our community who contributed questions for this interview. If there are other creative people you’d like to hear from within these pages, please let us know in the comments or tweet suggestions to @Flipboard_Mia.