On the Red Couch with ABC News’ Dan Harris 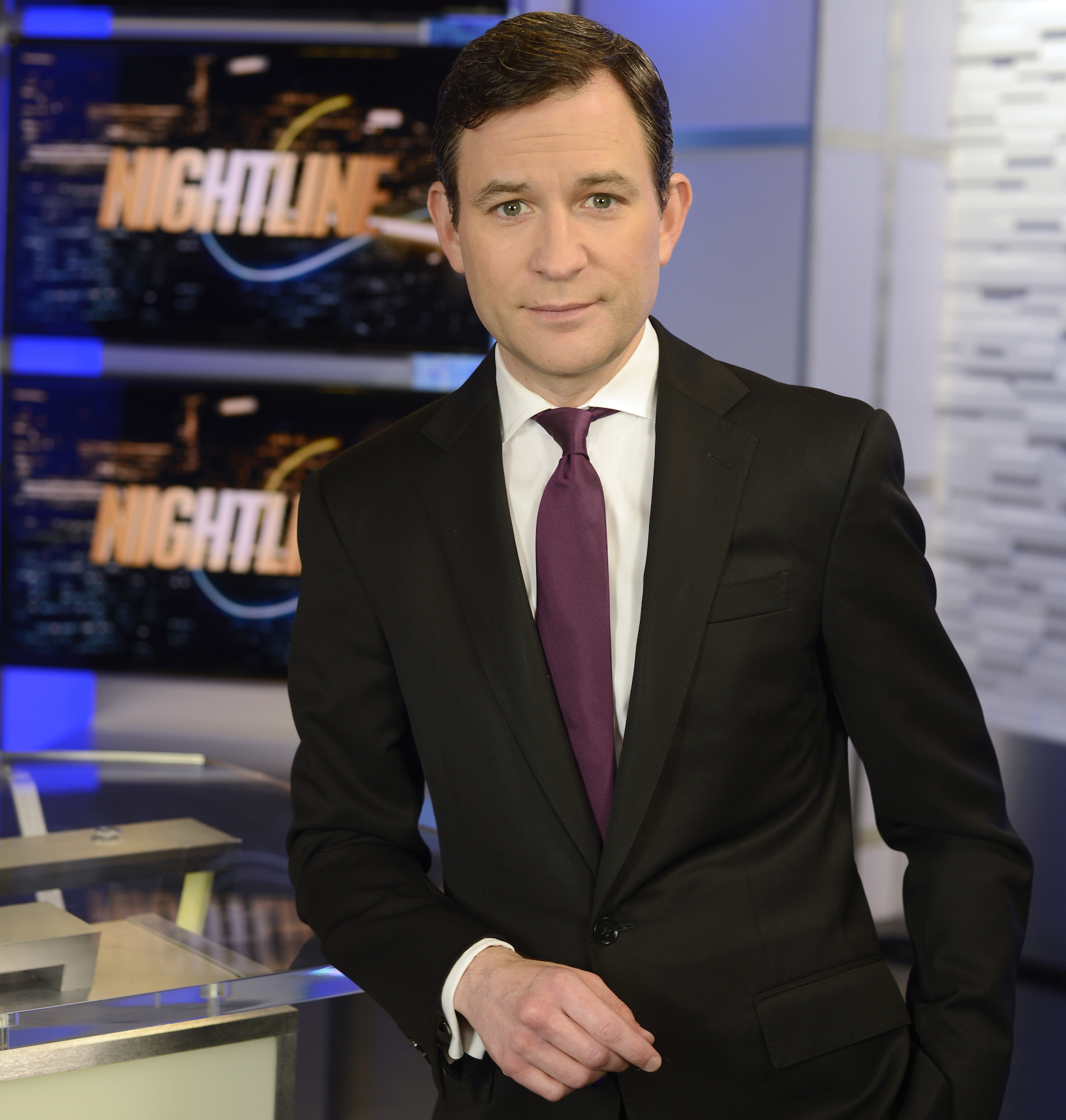 News and meditation don’t usually go hand-in-hand, but that’s not the case for Dan Harris. The ABC News correspondent has reported on war, natural disasters, religion and currently serves as anchor of Good Morning America Weekend and Nightline. But it was a panic attack on live air in 2004 that set him on a path of reflection. His book, 10% Happier, published a year ago and more recent Flipboard magazine of the same name look at meditation, mindfulness and Buddhism.

We spoke to him about the role meditation plays in his daily life and how it’s changed him as a journalist and father.

Let’s start with meditation, which you’ve focused on. How much do you do and why?
I do 35 minutes a day, but I hasten to add that I am a crazy person who wrote a whole book about meditation. So I don’t want people to think, “Oh well, I have to set aside a half hour of my life. I don’t have enough time to do this,” etc etc. I think five to 10 minutes is enough for beginners, and in fact I think if you did five to 10 minutes a day, and did that in perpetuity, you would derive a lot of benefits. In fact, I really think that the power of the practice is in the dailyness…If you’re sitting down for five to 10 minutes a day and meditating, you’re going to have a full-frontal collision with your ego—your urges, your desires, your negative, repetitive self-referential thinking. And seeing that allows you, in my experience, to not be so yanked around by your emotions in the rest of your life.

What role does religion play all this?
I would say that I am a Buddhist, but in my view, in my understanding, Buddhism is not a religion, at least not the way I practice it. A lot of other people view Buddhism the exact same way I do. It’s definitely the case that in many cultures Buddhism is a religion, with lots of metaphysical claims, karma and rebirth and enlightenment. But there is a pretty large, robust school of Buddhists who would argue that Buddhism is not something to believe in, it’s something to do and that it can co-exist with your pre-existing religious beliefs so you can be a Christian or a Jew or a Muslim who practices Buddhist meditation. Or you can be like me: an agnostic who practices Buddhist meditation. Because it fundamentally comes down to training the mind or doing a brain exercise.

How has your use of meditation impacted you as a journalist?
I think that it has made me a more sensitive journalist. And part of this may just be the maturation that comes with age. I’m 43 now and when I started—I’ve been doing this for 23 years or something like that—I was a pretty brash, sometimes impetuous, young reporter. I think with age, and with the help of meditation, I’m a better listener when I’m interviewing people and I’m, I would say, more empathetic and/or compassionate. But before you get the idea that I’m patting myself on the back too hard, I would just hasten to add that I am still totally flawed and make all sorts of mistakes all the time. And as I like to say, if my wife were here she would give you her “90% still a moron” speech.

I think about the news business and it’s competitive and biting and fast-paced. You talk about being calmer and a better listener now. Do you take the bait less at work as well?
I do work in a really competitive environment, and I think probably a lot of people who use Flipboard work in competitive environments as well. I still believe, as I always have, that if you want to succeed at anything, whether it’s your career or parenting or volunteer work, you want to be great at whatever it is you’re doing. There’s a certain amount of striving and plotting and planning and stress involved—that’s just the way of the world. However, I now see, through meditation, that we kind of make our suffering worse than it needs to be. And so I find that meditation has helped me draw the line between what I call constructive anguish and useless rumination…I heard somebody say just the other day that, and I really believe this, you can compete without being cruel. You can be in a high pressure, competitive environment, but you don’t need to be a schmuck about it…I mean I definitely have the capacity to be cranky. But I think what I’ve gotten better at is apologizing more quickly.

Are you still a workaholic?
Yes—although I’ll give a qualified yes. I think I work really hard, but I think it doesn’t have as much of the addictive quality as it used to have…I think that I’ve gotten better at sort of focusing on the fact that I love what I do. I genuinely love what I do, and it’s fun for me to work at it really hard, and I hope good things happen as a consequence. But I’m a little looser and a little less tightly wound around advancement for the sake of advancement.

Do you miss the adrenaline of reporting on and from war zones?
A little bit, yeah…I still get a kind of adrenaline because we do a lot of stories–the other show that I anchor is Nightline and we do a lot of investigative reporting that involves confronting people who don’t want to be on camera: executives of companies that are engaged in questionable practices or suspected or admitted pedophiles or government officials who don’t want to talk, either in our countries or in others. There’s a lot of adrenaline around that.

You’re now a new father. What role do you hope religion or meditation or both play in his life?
There was a cartoon in the New Yorker recently that had two women having lunch, and one of them says to the other, “I’ve been gluten-free for a week, and I’m already annoying.” And I worry a little bit about me falling into that trap with my kid and preaching meditation to him in a way that becomes really annoying and guarantees that he never does it. I don’t know exactly how I’m going to do it, but I’m going to do it carefully and not in an overbearing way. And this isn’t an original idea; I stole this from somebody, I don’t know who but it sounds right. I think the most important thing in terms of raising a kid who’s got a high emotional intelligence or another word for that would be mindfulness, is his having parents who are mindful and have a high E.Q. So really the best thing to do to lead by example and that’s an ongoing process.

What are you going to tackle in your next book?
I’m really interested in what happens at the deeper end of the pool in meditation. What happens when you start getting further and further into the practice. We’re at a point in American now, which is fantastic, where a lot of people are getting interested in the beginning stages of meditation. But overtime I think we may see that people get really into it. As a rough analogy in the ’70s and ’80s, exercise started to take off. Now we actually have triathletes, like regular people you work with run marathons or do triathlons, go to CrossFit and take exercise to a very serious level. I think you may start to see that happening with meditation and very, very interesting things can happen. 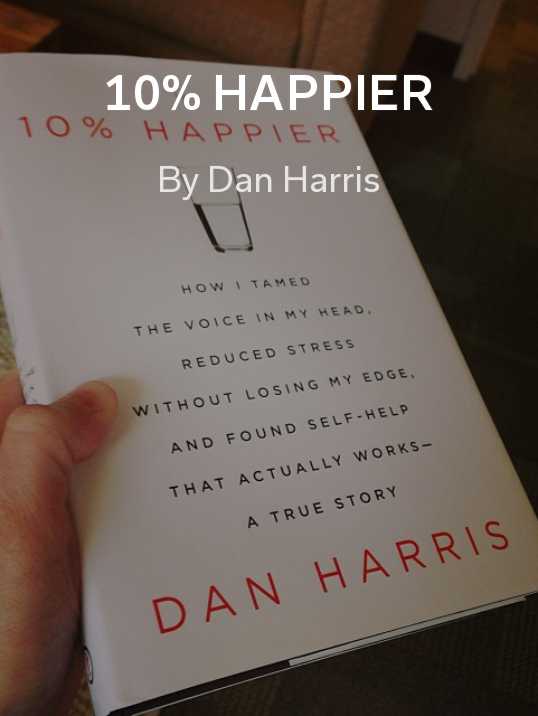