On the Red Couch with Actor Andrew Garfield 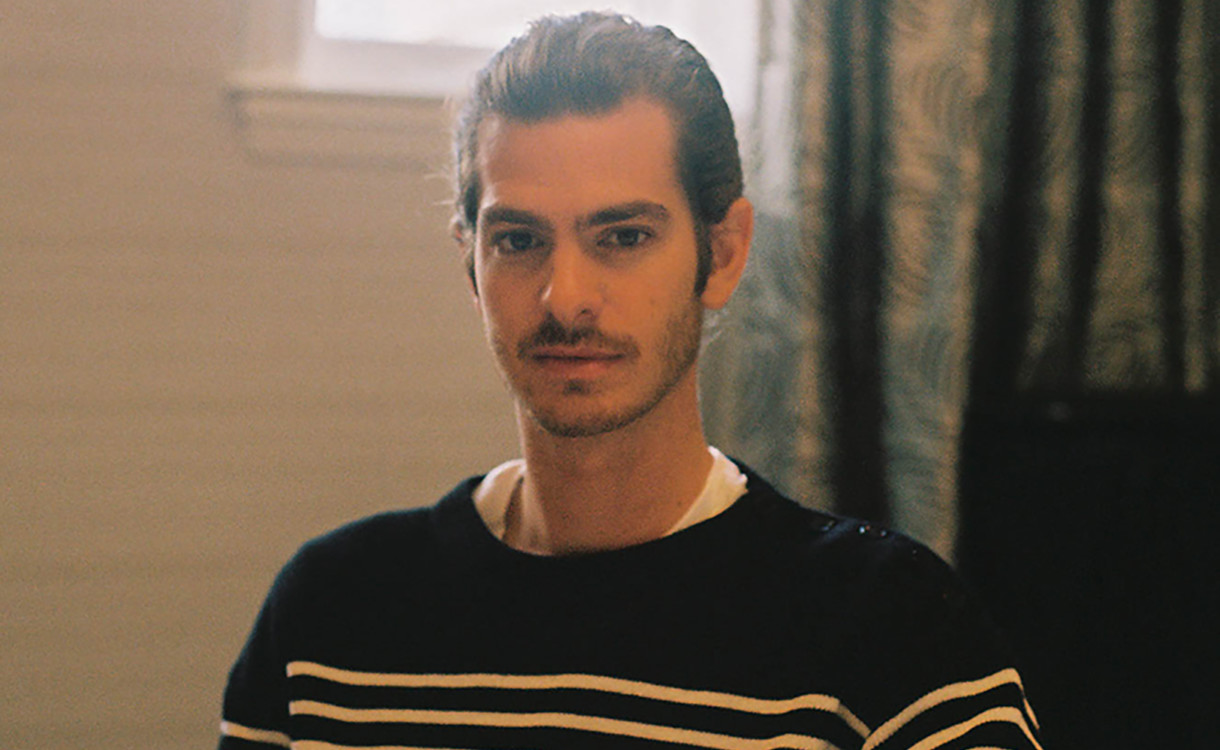 Best known for playing Spider-Man, actor Andrew Garfield has a knack for conflicted, complicated roles. In films like Never Let Me Go and The Social Network, the 32-year-old actor played characters that were boyish, tense and prone to spectacular acts of physicality, like when Garfield’s Eduardo Saverin storms into Facebook to smash Mark Zuckerberg’s laptop to pieces, or any one of Spider-Man’s web-slinging acrobatics.

In person, Garfield is friendly and deliberate, and unafraid to speak his mind. For his upcoming film 99 Homes, out this Friday, Garfield plays one of his most complicated roles yet: Dennis Nash, an unemployed construction worker who goes to work for the same sinister real estate agent who evicted him from the home he shared with his mother and young son. The film is a moralistic tale about the lengths some will—or have to—go to in order to make ends meet. For exclusive behind-the-scenes photos of stars Andrew Garfield, Michael Shannon and Laura Dern and clips from the movie, check out 99 Homes on Flipboard.

We spoke with Garfield about the film, what Ryan Gosling taught him and his relationship with the late actor Philip Seymour Hoffman.

Why should people see 99 Homes?
Because it has some medicine for our society. One of the things the film talks about is valuing each other. But society doesn’t value us as individuals in return. It pits us against each other and says, “You are only of value if you can afford a certain lifestyle.” We’re told the way to achieve value is to trample over people. The point of this film is to say, “No—we all need each other.”

What drew you to acting?
It fills the deepest need in me. I’ll give you an example: I did a play, Death of a Salesman, with Philip Seymour Hoffman, whom I love and carry with me everyday. We got to know each other better onstage than in life, because we had to go to the deepest of our wounds together every night. We couldn’t have gotten closer than that.

I’ve always longed for a deeper experience of who I am, and who everyone else is. I think that’s what the Greeks figured out: how do we turn the drama of life into theater, while making sense of chaos and love and grief?

But whenever you find something that matters, pain is involved.

Does that pain involve being a celebrity? You don’t seem fond of the limelight. How do you manage that?
I try not to. I’m interested in self-acceptance, in embracing who we are authentically—not in the social media sense of “authenticity.” I’m not branding myself. To brand yourself, you have to hide messy bits. I’m OK with being gross.

Do you feel a responsibility to your audience?
It’s a big, deep, great question. I don’t know. On one hand I inhabit the breath, life and shoes of another human being. I do believe it’s one of the things I’m supposed to do with my life. It’s pure.

If I feel any responsibility, it’s to represent the diversity of our world.

You’ve channeled some, for lack of a better word, “intense” performances in previous films. In 99 Homes, you worked with Michael Shannon and Laura Dern, arguably two of the most “intense” actors of our day. What was that experience like?
Amazing. If I’m not working with people who I think are great, then something withers in me. It’s not an elitist thing. I love working with people who are in the room with themselves, who bring all of themselves to their work—and both Michael and Laura do just that.

When I first met Laura, I was reminded of the fact that there are some people with whom you feel an immediate connection. I learned that those experiences exist for a reason, and it shows in the film.

What inspires you as an actor?
There’s a great writer, mythologist and storyteller….I don’t know if I should mention his name, because he likes being unknown. But there are some people around him that I could mention.

Please do.
The poet Robert Bly and psychologist James Hillman are two. David Whyte is another poet I really care about. I just worked with a bunch of artists on the last film I did [Martin Scorsese’s Silence] in Taiwan, a bunch of Japanese artists who introduced me to filmmaker Shinya Tsukamoto, who did A Snake of June. He’s an experimental, esoteric filmmaker who does very deep work.

I’m not a tech person, but I long for a space online that has that kind of depth. I don’t know if that exists or if it’s possible. But I know I, as a young man, cry out for that sense of community, and if that’s how we have to do it, then so be it.

Also the ocean. Nature. What about you?

The ocean? Well, I used to surf and still spend a lot of time in the ocean. I also like photographing landscapes and reading, which means I often go to Big Sur in spite of the tourists. The writer Henry Miller used to live there.
Yes! Big Sur! Henry Miller! I bought his book about Big Sur there at his old cabin, [now the] Henry Miller Memorial Library. What an incredible, magical place, Big Sur—I’m drawn to those places, places full of natural beauty, art and wonder.

Speaking of which, the characters you play have a conflicted relationship with themselves and the world around them. They look mild-mannered enough, but you can sense something violent beneath the surface. Do you go out of your way to find those roles?
It’s totally intuitive. Only some things call to me, which means I don’t get to work often. I’m just waiting for things to hit me. I don’t know if I can analyze it intellectually—I think it was Ryan Gosling who said, “When you’re listening to the radio, you hear some songs that are great and the person next to you is dancing, but you’re not. And then you’ll hear a song that makes the person next to you stop dancing, and you just come alive!”

That’s beautiful: sometimes we need someone else to stop dancing so we can start. This idea that one person—a superhero, Mahatma Gandhi, whoever—can do everything and save civilization is ridiculous. It takes all of us. Everyone has to tend to their corner of the garden.

For exclusive behind-the-scenes photos and clips from the movie, check out 99 Homes on Flipboard. 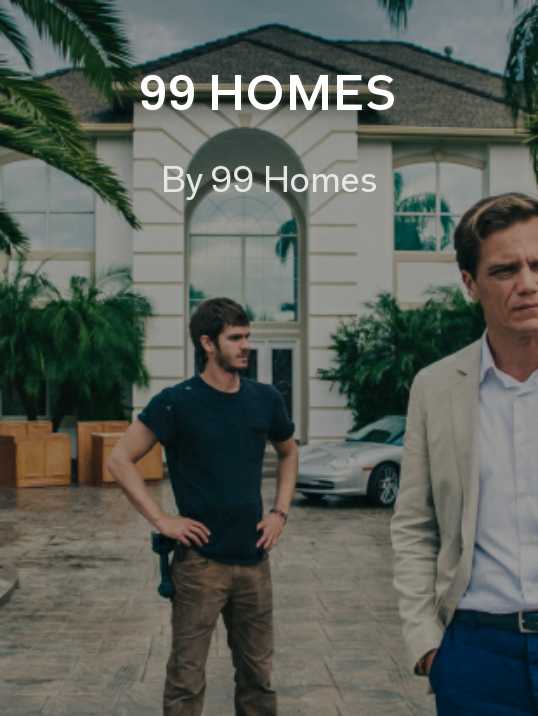