On the Red Couch with André Allen Anjos, aka R.A.C. 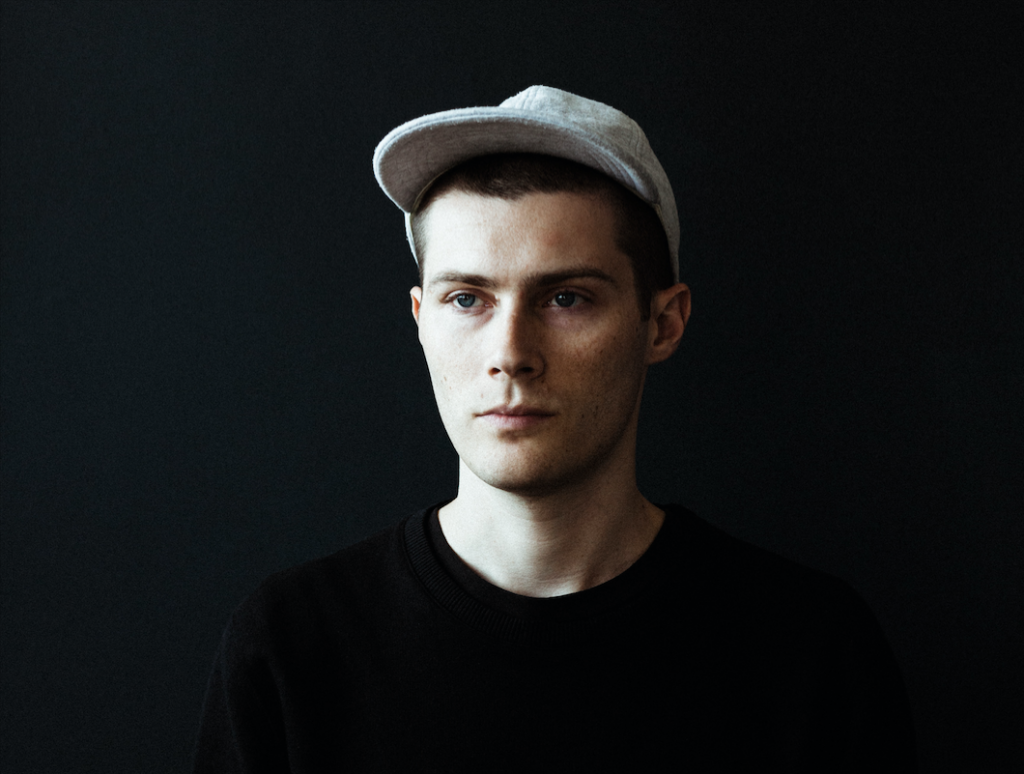 When nandré Allen Anjos conceived Remix Artist Collective (now R.A.C.) in 2007, he intended it as a group project for like-minded artists who wanted to inspire, collaborate and remix music that defied the rote club bangers that dominated the electronic scene. Fast forward nine years and R.A.C. is now a prolific one-man act and an undeniable impetus in remix culture.

Born and raised in Porto, Portugal, Anjos studied piano and guitar before moving to Greenville, Illinois, to embark on his music career. There, R.A.C. was born. With only a handful of bootleg remixes to his name, Anjos spent months cold calling band managers in the hopes of a big break. The odds were stacked against him, but as luck would have it, indie-rock band The Shins went out on a limb and gave him a chance to remix “Sleeping Lessons.” The result was a novel hit that attracted the attentions of talents like Tokyo Police Club and Ra Ra Riot.

Since that auspicious opportunity, Anjos has remixed over 200 tracks for the likes of Lady Gaga, Lana Del Rey, Bloc Party and Edward Sharpe and the Magnetic Zeros–just to name a few–and his work has been featured in ads by Apple, Facebook, Google and Hulu. As if that wasn’t impressive enough, he’s also got an original album Stranger, past Lollapalooza and Coachella gigs, and a 2016 Grammy nomination for Best Remixed Recording (Non-Classical) under his belt. Now based in Portland, the DJ/music producer opens up about his journey, how music streaming launched his career, his love for analog gear, and why authenticity is crucial to success. He’s also on Flipboard.

How would you describe RAC’s sound for someone who’s never heard it?
Pop music, but it’s taken on forms over the years. I like experimenting with new styles and trying new things. At its core, pop music, but outside of that a little bit of dance music, house, a little disco—it’s all over the place. If you dig deep enough, you might find something in a style you like.

Can you talk about the role of streaming music in your success?
I think it’s been incredibly important. It started with the blog world in 2006, 2007. There was a thriving blog scene where there wasn’t money, only love of the music. People were just sharing songs they loved, using Google Reader to track new stuff. It was a pretty cool time because it was untainted.

That eventually led to sites like Hype Machine and [the now-defunct] Elbows. That’s where it switched to streaming because those sites were streaming off the MP3s the music blogs were hosting themselves. By the time streaming came along with SoundCloud and Spotify, I already had some groundwork put in, some supportive people heavily involved in that. Very quickly those music blogs adopted streaming. I felt like I had an advantage since I’d worked with them before.

I probably wouldn’t be talking to you if it wasn’t for that—the recognition came from streaming, technology, blogs and people who supported me in that capacity.

Are you optimistic about the economic future for musicians?
Absolutely. A lot of the negativity comes from people used to selling $20 pieces of plastic. That was a golden age for those people because they made boatloads of money, and that wasn’t economically sound.

I think we’re at a time where it’s fair, but it’s also a time where there are so many more musicians since access to recording equipment has come down so much—anyone with an iPad can compete with you. These things make it uncertain. But I don’t know anybody who makes a full living from streaming exclusively. It’s not a viable thing yet, but it’s a great step in the right direction.

We want people to hear our music. If streaming makes that easier, why fight that?

What equipment do you use?
I’m a big proponent of analog gear, like a synth with knobs and a fader, something I can touch and play. When you add that human element, it adds something extra as opposed to something strictly inside a computer. For me personally I prefer the analog stuff, old gear that’s always breaking down.

A lot of Mini Moogs, Wurlitzers, Rhodes, modular synths—it’s getting out of hand. One of my favorites is the Roland Juno 60, the first analog synth that I bought which is a very inspiring synth to me and a big part of my sound. A Korg MS-10. I’m very much a gearhead.

What do you listen for in who or what you remix?
It’s two-sided. Most of the stuff is requests from artists or labels. I’m hired to do these things, but I still have to like the song.

But what I’m looking for has to be a certain malleability. Is the vocal going to live on its own? How’s the guitar? I’ll hear a song that I really like where I have no connection to a band, but I’ll reach out and ask to do a remix, which is more rare now.

Do you have a favorite?
There’s a couple remixes that…I’m not sure they’re my favorite, but they’re songs that meant a lot to me personally or career-wise. The first remix I did was for The Shins, which was and is a huge deal for me. I look at that song through a different lens because of how much it changed my life.

The Edward Sharpe & the Magnetic Zeros’ “Home” remix elevated things for me. The Lana Del Rey remix I did a couple years ago is still one of the most requested tracks. I’m like, “C’mon guys, this song came out in 2011, time to move on.” [laughs]

Who’s someone you’d like to work with?
LCD Soundsystem! I’d love to work with them. Hot Chip has always been on my list. Kimbra’s last record is awesome.

What’s your favorite place to play?
I’m not just saying this, but San Francisco. People have been really supportive. We started playing Popscene at 330 Ritch, Rickshaw Stop, and probably most of the venues. People are warm and welcoming and kind of go crazy in general. Maybe it’s the intense lifestyle that lends itself to intense partying. I don’t know why, but it’s always great. 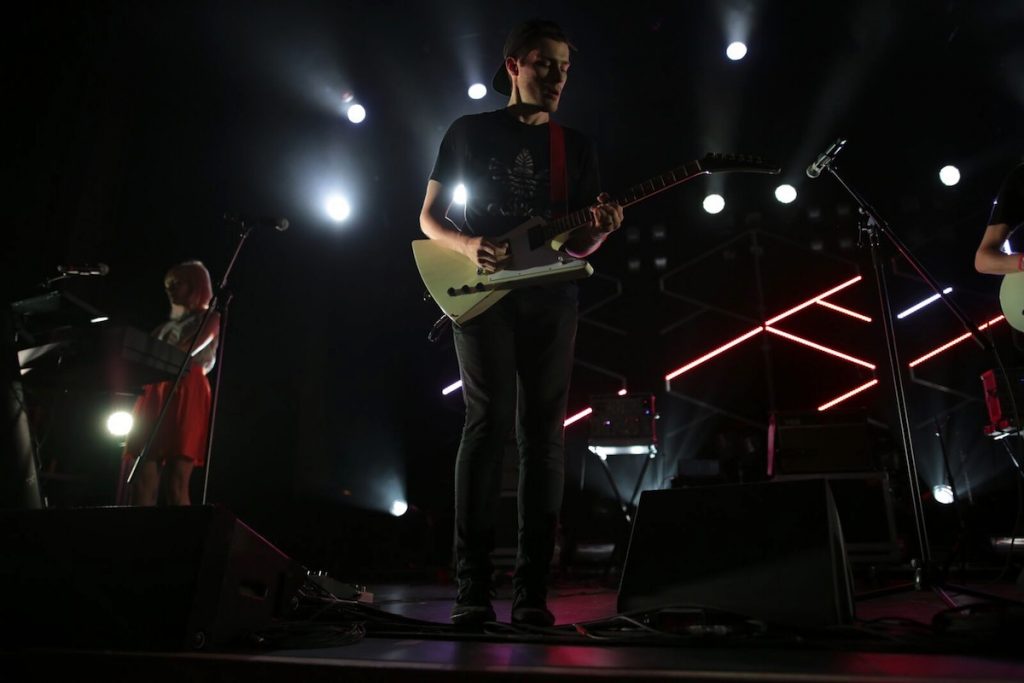 Favorite festival?
We did Coachella this year, and that was a milestone for me. That one will always be special. Firefly in Delaware and Hangup Festival in Alabama. Ultra was really different. Backstage they had a super yacht, and it was just this debaucherous party thing. Coachella is a little more tame.

I love how playful and happy your music is. How does it make you feel?
When I listen to older music [of mine] I get frustrated because I want to change things. Deep down, I’m writing for myself. All these influences of mine meld into what you hear, which makes me more prone to enjoying it.

It makes me feel good. I think it’s important to enjoy but not overindulge in your own music.

I know you’re more than a remixer, but there have been many books written about remixes, like Lawrence Lessig’s Remix. How will your legacy contribute to remix culture?
When I started, I was experimenting with new territory. A lot of the types of remixes I was doing hadn’t been done in that way. I hope I had a role in that. It’s hard to say because I have tunnel vision about it.

It’s a weird thing since I’m so “in” it right now. In a couple years, I’ll have a better understanding of my place.

What advice would you give to someone who looks up to you?
I really believe the most important thing about being an artist today is be yourself. It’s a cliché that gets thrown around a lot, but I see so many artists who sound like the last person, and they come and go. There’s no longevity to that. I think that you should be true to yourself. If I do that, hopefully people will like what I do, and I get to be myself and not have to worry about trends. And no one can really copy you.

How do you collect your inspiration?
Music is a constant source, an obvious one. Portland has a lot of nature and hiking, and I enjoy doing that quite a bit. For the past couple of years we’ve made it a point to explore nature here and around the world. Music has given me the chance to travel, and even though I’m an introvert it’s nice to get out of my comfort zone. When you disconnect a bit from your devices or life in general, it gives you an opportunity to think more clearly.

How do you keep up on your passions?
I’ve been interested in exploring things for their own sake. Photography is the new one. In a strange way it’s an excuse for me to explore when I otherwise wouldn’t. My mind always goes toward some business angle and I have to remind myself to enjoy photography for what it is, to have a creative angle that I don’t depend on financially. As far as keeping up, I’m fortunate enough to have friends who are photographers so I get a glimpse of that world.

What’s next?
Since June, I’ve been releasing a song roughly every month. (Up until I was 2014, I was signed to a major label and released my first original record on that label.)

I’m also working on a movie score right now, and it’s a very different kind of writing and so many other factors that go into it.

But it’s been freeing to do my own thing and have that control over the entire process. I could be making terrible decisions—but they’re my decisions.