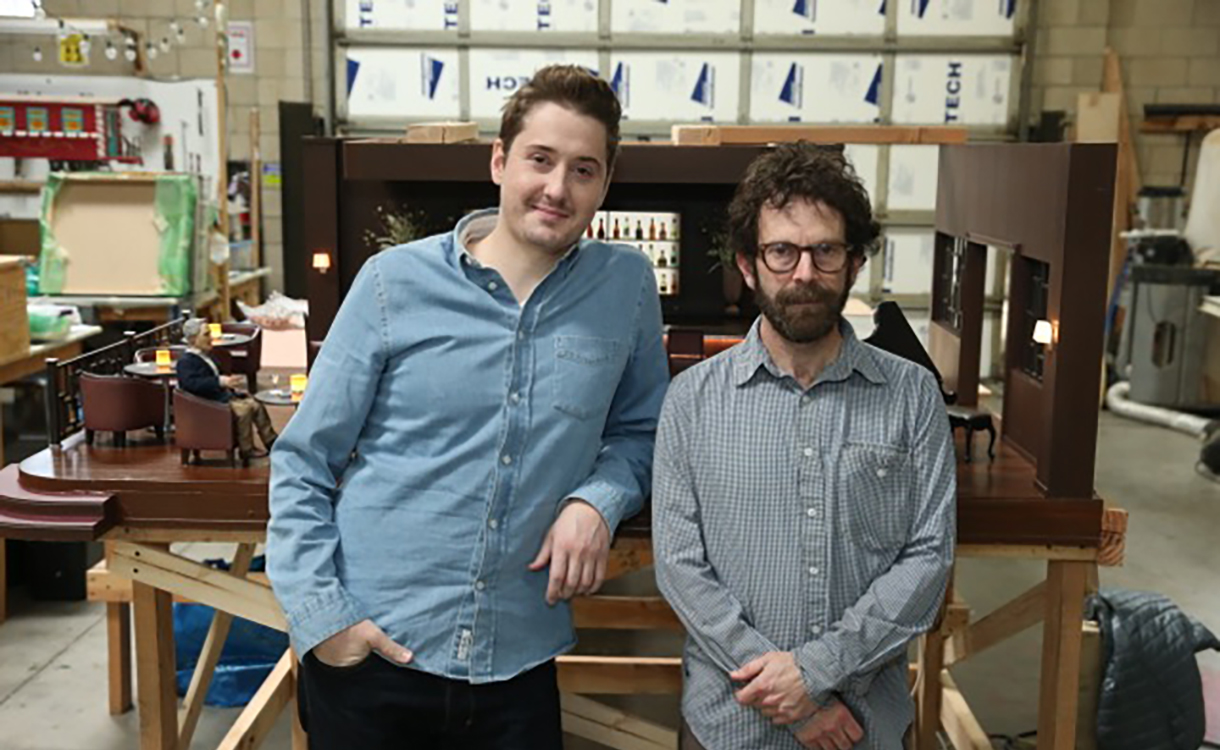 Animation has become serious business, and not just because of its success at the box office. Behind the playful veneer, today’s animated movies can be intellectually complex, capable of satisfying the cinematic appetites of adults and children alike.

Such is the case with Anomalisa, a stop-action movie co-directed by Charlie Kaufman and Duke Johnson. A bittersweet love story of sorts, the film follows Michael, a business writer at odds with the world, revitalized by a fleeting romance with the charming and pathologically self-deprecating Lisa. For just one night, the pair (both puppets) connect and disconnect spectacularly.

Not afraid to be uncomfortable, to say the least, Anomalisa is also beautiful, sobering and occasionally dreamlike. It’s a sharp, visually riveting exploration of a complicated interior life—all of which is familiar territory for Kaufman, the film’s writer, whose previous films include the equally existential and inventive Eternal Sunshine of the Spotless Mind, Adaptation and Being John Malkovich.

We spoke with Kaufman and Johnson about working together, the future of Hollywood, and sticking to your guns in the face of constant rejection. And to see more of the film, including exclusive images, reviews, and interviews with the cast, check out the Anomalisa magazine on Flipboard.

How familiar were you with each other?
Charlie Kaufman: I wasn’t familiar with his name, but I was familiar with and loved the Community Christmas episode Duke directed.

Duke Johnson: I was very familiar with Charlie’s work, and had watched and loved all of his movies.

I ask because I’m wondering what it’s like to co-direct a movie, especially one you wrote, Charlie. How does co-directing compare to directing alone?
CK: I think it depends on the dynamic between people and the relationship they cultivate. When you said that, it brought to mind something someone said to us at a press party we went to a couple weeks ago, which was: “How can you guys still stand each other?”

We’re together all the time, traveling, on planes, in hotels. It’s sort of…really good. Which doesn’t make any sense because we didn’t know each other. But we get along well. It could have been a nightmare, but it hasn’t been.

Is that something you thought about at first? Whose decision was it to do it together?
DJ: It came about organically. We approached Charlie with the idea of doing this as a stop- motion film, and we went off and raised the money. Charlie had directed the play, so obviously he had the familiarity with the material from a writing standpoint, and had casted the actors and directed them. We knew we needed to bring those actors back.

We wanted it to be Charlie’s vision. We didn’t have our own objective. I really wanted to work on it, so I offered that I could bring a certain perspective with regards to stop-motion.

Charlie, I know you were initially reluctant to use stop-motion. What made you come around?
CK: I wasn’t reluctant to do stop-motion, actually. I had reticence about doing this as a movie. It was written as a sound play designed with actors to sit onstage, reading scripts. There was a purposeful disconnect between what you were seeing and what was being said. That was a part of the performance which I liked quite a bit. If it was made visual, we’d give that up.

I was trying to get stuff made, is what it comes down to. I’d been struggling to get stuff made for years. When this came up as a possibility, in my mind it was just another thing to throw at the wall and see what sticks. It seemed to me to be the least likely thing to happen that did happen.

Once we started working on it, I quickly became excited by the possibilities.

Some critics have been surprised by the fact they connected with puppets. I’m not sure why something like that should detract from the material. Charlie Brown and Peanuts comes to mind—a very psychological and emotionally complex environment, told by cartoon children with disproportionately large heads, beloved by Americans of all generations.
CK: Oh, that’s very interesting.

DJ: I agree with you. Kids, even adults, going to Pixar movies, are relating to the emotional experience. I think what people are actually responding to about Anomalisa is that our characters feel more like real people interacting authentically. It resembles the human experience not in a stylized way, but in an authentic way. That’s something they haven’t seen before and are maybe surprised or shocked by.

CK: And it’s done realistically, but done with adult experiences. Which isn’t something that Charlie Brown, as great as it is, dealt with exactly.

Do you think the form allowed for any unique liberties?
CK: I’ve never had a problem doing surreal or dreamlike things in live action. But I do think [using stop-motion] makes it more acceptable to use one voice actor for most of the characters. There are ways that it could have been done with live-action, but it feels like it might have been too conspicuous. Here it creeps up on you in a way I really like.

Why did you choose to raise money on Kickstarter?
DJ: We didn’t know how else to. [laughs]

There wasn’t a line of people waiting to give us money. We felt that this wouldn’t be financed by a studio. Somebody mentioned giving it a try, so we asked for a small amount of money to get the ball rolling and ended up grossing twice of what we asked for—a total of $400,000, which helped attracted the rest of the funding.

Charlie, you spoke a bit about struggling to get stuff made—to what extent did or does rejection affect you? Have you always had such confidence in your work?
CK: I worked in phone rooms at first. Then I was able to get a job at a TV show and did that for seven years, in sitcoms and sketch comedy shows before Being John Malkovich happened. I wrote it as a script to help me get more writing assignments.

I didn’t expect anyone would make a movie of mine. And then I got very positive responses, which helped my career a lot. At first, every meeting I went to was, “Yeah, this is really funny. I keep this next to my bed and read it at night because it’s so funny—but no one will ever make this.” It kept happening again and again.

And then Spike Jonze wanted to make it. He had the clout at that point to get it made. That changed my life in a significant way in terms of my professional life. For awhile it made it possible for me to write idiosyncratic stuff and get it made. That lasted for awhile. It doesn’t last to this day.

You’ve both worked on things that haven’t come to fruition. Did or does that ever make you second guess yourself?
DJ: I was amazed by Charlie’s unbelievable bravery with regards to his approach to the material and his vision. We came up to a lot of people saying we shouldn’t do things a certain way, or that we should consider erasing certain themes. In the face of that, Charlie was always sticking to his guns and I’m so, so grateful for and inspired by that.

CK: When I get rejected, the thing I go to is “maybe this sucks.” If I get rejected by a lot of people, it definitely sucks. I don’t want to become a person who tries to figure out what I’m going to do creatively based on what I think is going to sell. I continue to knock my head against a wall to do the stuff I want to do because I think, what other reason is there to write if I’m not doing stuff that’s meaningful to me? 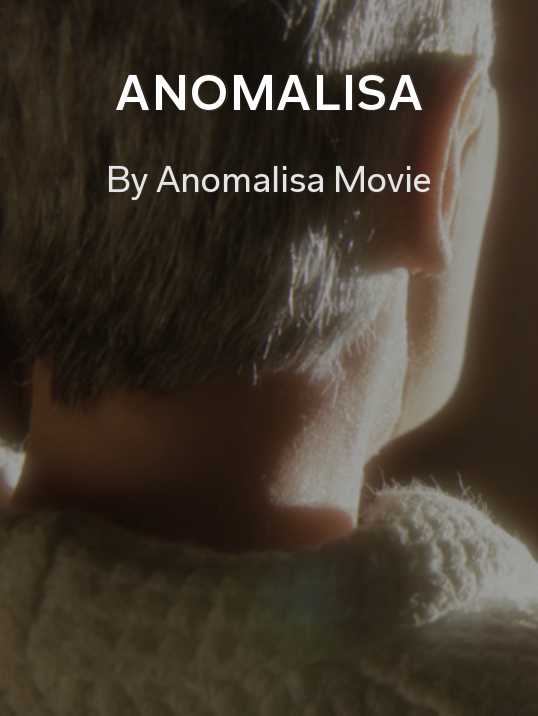