On the Red Couch with Author Julia Alvarez 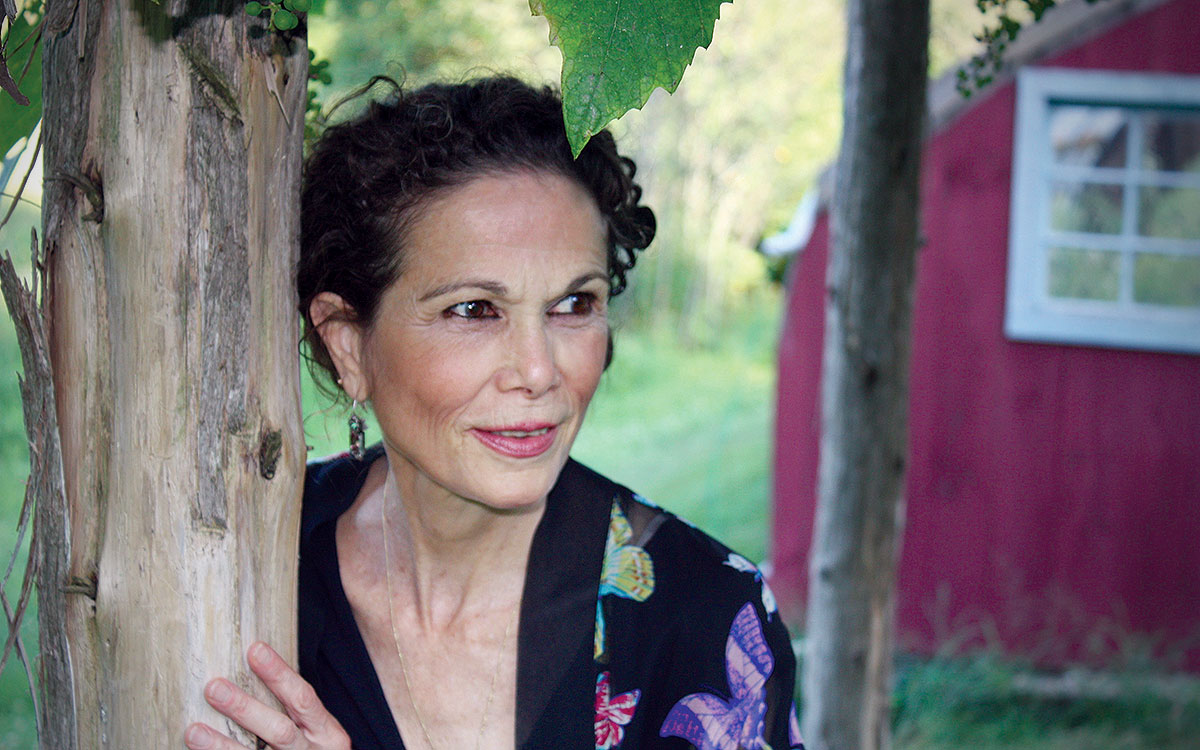 When learning a new language, it’s important to watch what you say —especially if forced to flee your homeland under the threat of death.

A way with words is partly what made Julia Alvarez a writer. But as with many storytellers, the drama of her own life demanded attention. At 10-years-old, Alvarez and her family escaped their native Dominican Republic just as the regime of dictator Rafael Trujillo oversaw the murder of more than 50,000 Dominicans and neighboring Haitians.

Alvarez turned to writing not just to explain what happened, but to understand and build awareness. In early 1960’s New York—a time and place Alvarez describes as “magical”— she was an outsider. Seeing both the United States and the Dominican Republic from a distance gave Alvarez the perspective necessary to write books like How The Garcia Girls Lost Their Accents and the autobiographical Once Upon a Quinceañera: Coming of Age in the USA.

The latest interviewee in our iBooks author series, Alvarez spoke with us about her responsibilities as a writer, living with a big family and how she’s helped transform a tragedy into a celebration with the Border of Lights, a collective commemorating the Parsley Massacre of 1937.

You were born in New York but lived in the Dominican Republic until you were 10, fleeing for political reasons. What do you remember most vividly from your childhood?
People are always saying to me, “Oh my God, you lived in a dictatorship where people were being disappeared and killed!” But I was cushioned by a loving, interesting, crazy family. My father was the last of 25 legitimate kids. When you have a family that big, you have diversity.

What I remember most about my childhood was that there was always a hand to hold. If your mommy was upset with you, there were a dozen other aunts. If one of your aunts didn’t want to tell you a story, there were a dozen more who did. There was the aunt who knew all about orchids, or who knew how to sew, or the one who had a beautiful voice.

I could sense something was wrong, but I just thought it was normal. Sometimes someone would disappear, and I would ask, “where’s tio so-and-so?” And I’d be told, “You can’t talk about that.” I picked up tension from the grownups. When you’re a kid, you think grownups are weird, so I didn’t know what was going on.

And then we were rushed to the United States. We had to take everything in a little suitcase. We were so excited. But something was off. It was only when we came—and not immediately—that I became aware. Amazingly, ironically, it was an idyllic childhood. Perfect for a writer, really.

What did you pack in your suitcase when you fled?
It was packed for me by my mother. We were allowed to take one toy. In How the Garcia Girls Lost Their Accents, there’s a scene where the girls have to pick one toy. Years later, my sisters said, “You’ve written this book about us!” The reason I even wrote that scene is because I can’t remember what I took. This is what fiction writers sometimes do. There are these holes in your mind that you can’t understand, and so fiction is a way of making meaning of that moment.

What was it like landing in the U.S.? What adjustments did you have to make?
It was strange. It was August 1960 in New York City. We’d lived in a rural country [in the Dominican Republic], and here the air smelled differently. Everything seemed to work by witchcraft. You stepped in front of a door and it opened. Stairs took you upstairs and you didn’t have to climb. Skyscrapers, elevators—you went in a store and there were dozens upon dozens of options for cereal, not just for you, but also your pet! It was mindblowing.

People would yell things, mean things—boys in the playground would yell, “Spic! Spic!” and I would go home to my mother and say, “What are they saying?” and she’d say “Oh, they’re telling you to speak!” I think she knew and she wanted to turn it into this loving thing. It was shocking to go from this loving atmosphere to this place where people didn’t want me to be there.

I didn’t do well in school. I was bored. Luckily, I had a wonderful teacher who must have seen something in me. The teachers in the Dominican Republic complained I didn’t pay attention. But they didn’t know that whenever any aunt said, “Once upon a time…” I became glued to the storyteller. This teacher must have sensed that, and she took me to the library and I got involved in the world of the imagination.

I realized that’s where I wanted to live—not to where we’d come, this land of opportunity, but in books. It was the world of true democracy. You could be rich, poor, a girl, whatever, and all you had to do was read and it was your world. That’s where I wanted my citizenship.

How did you find your voice as a writer?
I first came across the canon—mostly British, mostly American, mostly male (I can’t remember reading a black writer till grad school)—and I had to reeducate myself. After I got out of college and started writing, I thought that to be an American writer, I had to sound this way—like Milton, Shakespeare, Yeats or Dylan Thomas—and then I realized I couldn’t.

It wasn’t until I read Maxine Hong Kingston when I thought, “My God! This is a Chinese-American woman in Sacramento, but I relate to this!” A lot of Latina writers credit that book because it opened the gates for us. It said our experience is valid. You don’t have to write about Aunt Rose, you can write about Tia Rosa. It’s important when you’re a young reader to see that your story contributes to the great, big ‘C’ of ‘Culture.’

You’re often heralded as one of the top Latina writers working today. What joys and burdens does that title bring?
What I want is to create something where the reader has a relationship to the text, not me. In our culture there’s a celebrity thirst. People want access to you. Now with the internet, oh my gosh! Social media! The access can come not just from your little neighborhood, but from people who heard you talk somewhere. That’s one of the burdens—to remember what you’re offering, and to stay true to that, and stay focused.

When you come from an ethnic group, you feel a responsibility because you know you’re coming from a demographic where very few people have that same opportunity. With your credibility, you can now say or represent things that might inspire someone to not drop out of school, or not give up on their dream.

We’re not just writers. We come out of a community and history. You pay back those things by practicing your calling. We also feel compelled to give back in more immediate ways. I love the quote by Toni Morrison: “The function of freedom is to free someone else.”

When you’re a writer, you’re doing it through your work and exercising the muscles of compassion, but also [through] your presence and example. I would call it a responsibility instead of a burden.

Can you tell me a little bit about Border of Lights, your collective bridging the Dominican and Haitian communities? Why is that important to you?
We hold anniversaries where we gather at the border and have a vigil, music, poetry and dance. And we light up the border with a collaborative project in which Haitians and Dominicans participate. The first year we cleaned parks on both sides of the border. Last year we fed over 250 kids at an orphanage in Haiti.

So why is this important? Because the governments aren’t doing anything. What do these gestures mean? They mean that we need each other to survive. We’re part of a little island. We’re part of a little globe. And what we’re hoping is that this could be a model for how people themselves can “change the imagination of change,” to quote Rebecca Solnit, a wonderful environmental writer who wrote a beautiful book called Hope in the Dark.

She says that we have to tell the new stories that connect us. We bring our energy and inspiration, and we can seed the ground with these little seeds. And then we can help nurture them to grow. What else can we do? 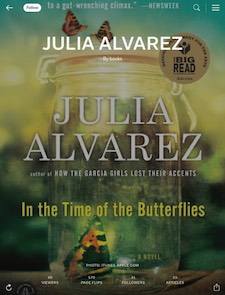