On the Red Couch with Chess Grandmaster Vinay Bhat 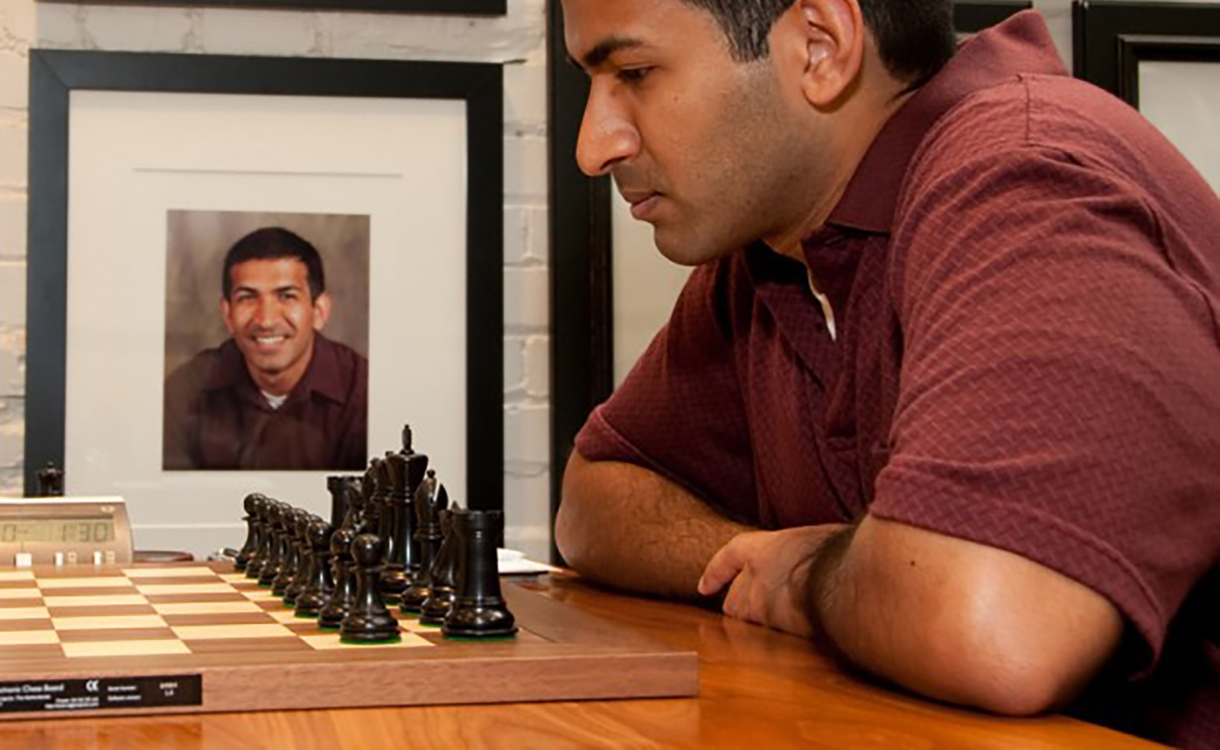 For Vinay Bhat, chess was child’s play. Introduced to the game by his mother at the age of six, Bhat would become the youngest chessmaster in chess history within four short years. By 15, he was the youngest International Master in U.S. history, a title that stays with Bhat for life.

Today the 31-year-old, who’s currently ranked No. 16 in the country, uses his sharp analytical skills as Senior Data Scientist for Vinyl Interactive, a lead generation agency based in San Francisco. Bhat, like other talented fanatics, studies the game obsessively. Besides watching and studying obscure chess games online, Bhat writes extensively about the game and his personal experiences going toe-to-toe (or is it nose-to-nose?) with the game’s greatest players—all of which he curates in his Flipboard Magazine, The Royal Game. 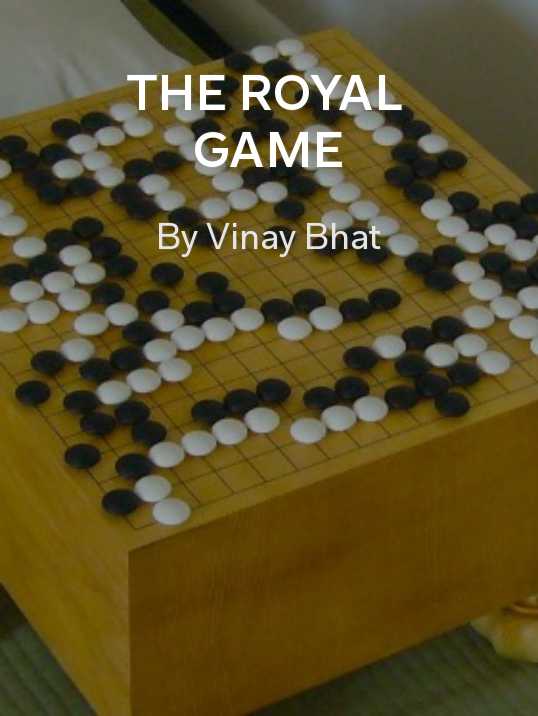 We spoke with Bhat about being a chessmaster in grade school, outwitting his opponents and one memorable encounter with the reigning World Chess Champion, Magnus Carlsen.

How did you get into chess?
My mom taught my brother and I when I was six. For my mom, chess was casual—she never played a tournament. Every Friday, she’d take my brother and I to the Fremont Library to play chess with 15 other kids. On Thursdays there was a local club in San Jose. There was a pretty good chess scene in the Bay Area at the time—roughly 100 kids with whom you could play games, tournaments, whatever.

Did you find that you had a natural aptitude?
I think I had an aptitude for certain aspects of the game. Some stuff I knew how to do early on—the geometry of the board and certain patterns were immediately understandable to me. In the first year I played, it wasn’t like I was beating people left and right. I didn’t get bit by a magical spider or anything [laughs].

There were plenty of aspects I needed to work at. Mostly I loved playing the game, and both my parents were happy to drive us around to develop that skill.

There was a guy who was two months older than me, and made Master at the same time as me. He was really good, but he was being pushed to play in a way that I wasn’t. As soon as he went to college, he quit.

Do you consider chess a sport?
It depends. A casual game, no. At the very top level, it’s not just a mental sport but a physical one. Top players are ultra competitive.

There’s nobody who gets to the top just because they have a natural gift, though. At the very top echelons, it becomes harder to differentiate yourself unless you have some spark, unless you’re bringing something new to the board rather than just studying positions.

Explain the significance of studying matches.
I can break down my own games and see my own thought patterns, and then later on, record them. I can say I made this decision for these reasons. I can guess at other players’ decisions.

The nice thing about chess is that the possibilities are endless in a way. As an example, Magnus Carlsen, considered the world’s best player, was playing chess bar trivia. It was about analyzing games from the last century. Most were famous, but some were very obscure. He got them all right.

So is having an encyclopedic knowledge an obvious prerequisite?
Bobby Fischer said the most important quality is memory. Carlsen, Viswanathan Anand, Garry Kasparov—all had incredible, nearly photographic memories. Magnus was said to have memorized the populations of every county in Norway by the age of four.

I met Anand once in New Delhi in 2009. He recognized me and remembered some of my games better than I could. I literally played a game yesterday and the first 10 moves were a repeat of a game I played last year, and I didn’t remember that first game at all [laughs].

At what point did you realize you were good?
What’s weird is I’m not sure I’ve even had that realization. There are so, so many people better than me.

To answer your question, I realized I was doing something right when the Guinness Book of World Records called, or when TV stations came to my school. 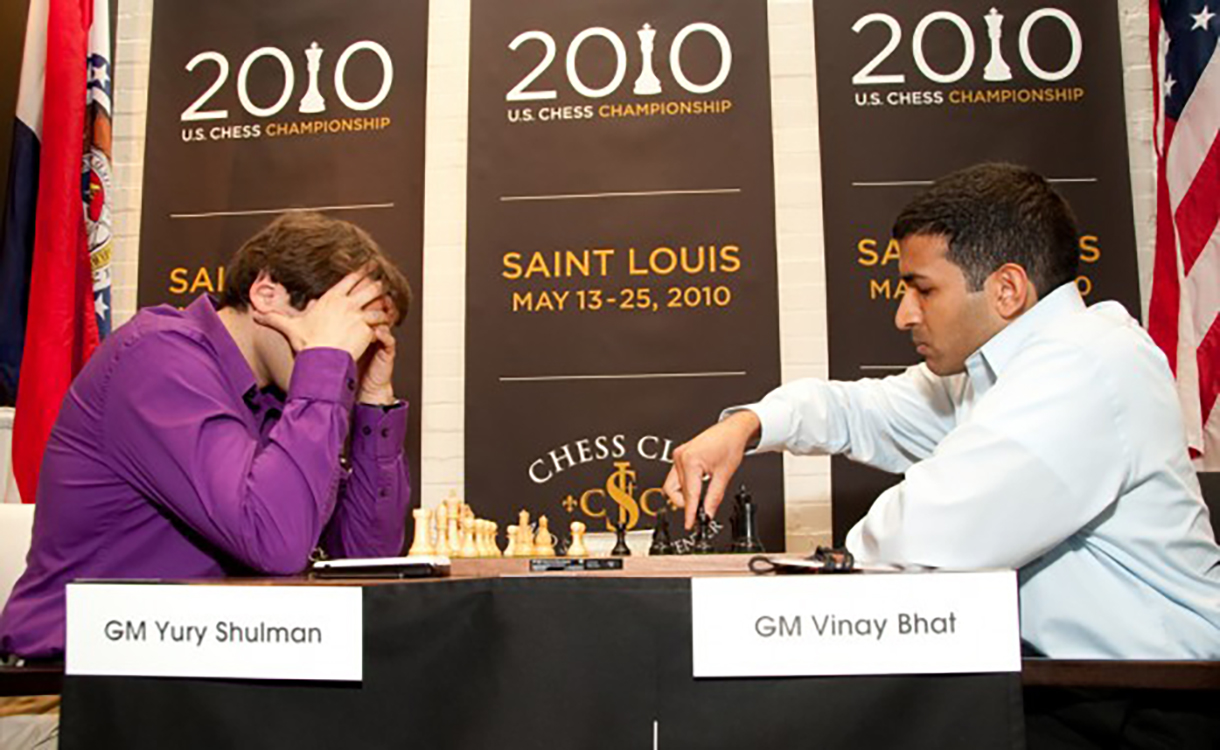 Chess is highly competitive. How does the ego manifest itself?
Magnus is the most competitive player I’ve ever seen. He flips out when he loses casual games. There was a tandem “bughouse” game being played—it’s a team game that uses two boards, and you and your partner have opposite colors. So let’s say I’ve got the white pieces against you, and my partner has the black pieces against Magnus. Whenever I capture a black piece of yours, I can hand it to my partner to use in his game.

It becomes crazy. In that particular game, Magnus lost to me and Joe Lonsdale, and he was definitely upset. When Magnus and Joe played a speed game after, Magnus kept threatening to checkmate him in one move. So I told that to Joe, and Magnus straight up told me to “shut up.”

Like, dude, you’re winning anyway, you’re gonna win in three moves, this is a casual game—and you’re in Joe’s house. He was competitive to a point where I realized it’s largely an ego thing. Fischer was also one guy who said that publicly, too, that chess was an occasion to demonstrate mental superiority over another person and crush their ego.

Bhat playing Carlsen, the world’s reigning champion, in a game of “blitz” chess.

How do you read an opponent?
I don’t give off anything for my opponents to feed off. If you’re expecting me to behave a certain way, well…I’m gonna be totally blank. I’ve been doing it for so long I’m not sure if this is me or the way I play now [laughs].

Anand told me he listens for how the other person is breathing, how shallow vs how deep. You interact with a lot of these players a lot, so you know what their normal behavioral pattern is. Usually the positions on the board are too complicated to know the outcome. You might have a sense, but it’s almost impossible to gauge immediately. So it’s useful to know what your opponent thinks.

Besides chess, Vinay’s a data junkie with a love of baseball, hip-hop, and tennis. Check out his Flipboard magazines here.