On the Red Couch with Citilegs Creator Stacey Baker 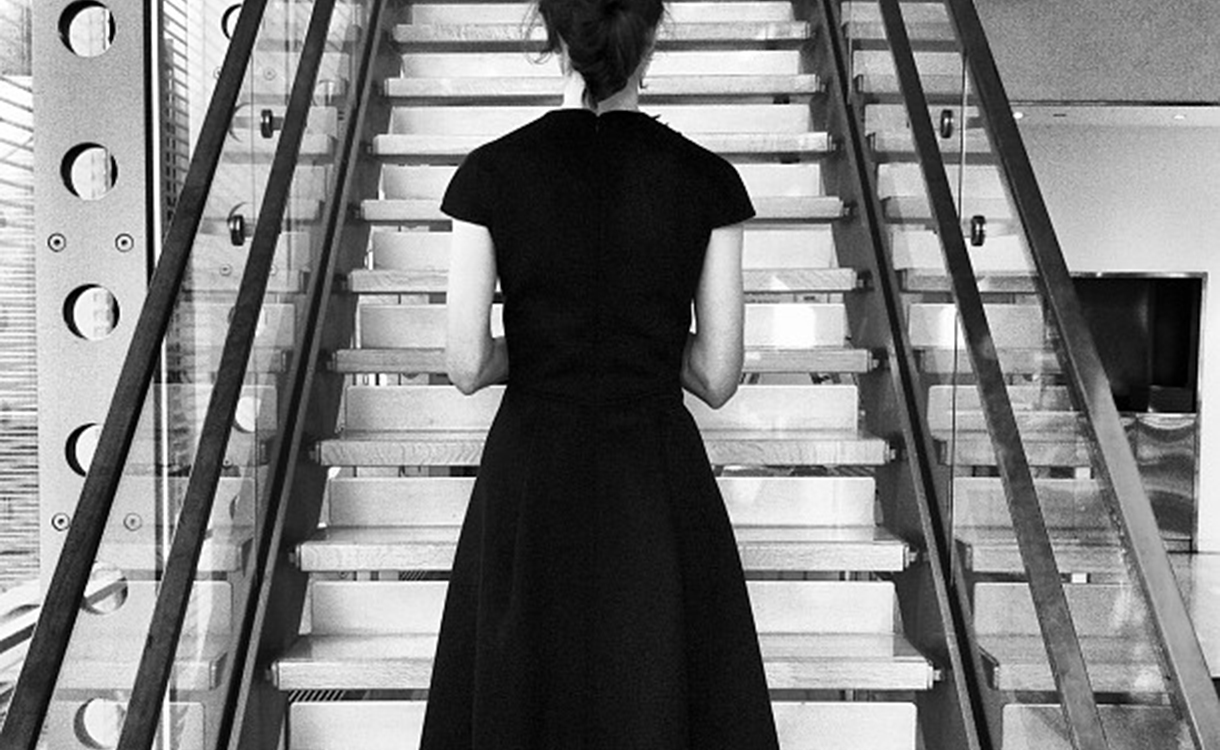 Stacey Baker is known for her excellent eye. As the Associate Photo Editor of The New York Times Magazine, one can only picture—pun intended—the number of photos she sees on a given day.

But that’s not even what first attracted us to Baker’s work. The former lawyer is also the creator of Citilegs, a popular Instagram account with a cult following and a singular fixation: ladies legs. Walking from her Upper East Side apartment to The Times’ midtown offices, Baker spies interesting legs everywhere: on elegant moms exiting their coveted apartments, on college students on their way to class, and assorted commuters, working professionals and tourists.

Whether covered in colorful tights or exposed to the NYC streets, Baker found something visually appealing about every pair of legs. More than slightly self-conscious about her own two feet, she approached women and asked to take a picture of their lower limbs. After receiving their approval, she posts those pictures to Instagram.

Naturally, we had many questions. We spoke with Baker about her charming obsession, becoming a photo editor at the Grey Lady (The New York Times is also on Flipboard) and the qualities of a “classic New York photo.” To see her photos in your Cover Stories, follow her on Instagram and then connect your Instagram account to Flipboard.

It’s hard to find out much about you, so can you start with a little bit of who you are?
Sure. I’m a photo editor at the New York Times Magazine (NYTM). I’m one of several photo editors on staff here at the NYTM, and I’ve been working as a photo editor for about nine years.

I was born and raised in the suburbs of Chicago. After college, I moved to Texas, which is where my parents are from. I lived there for about 15 years, and worked as a lawyer.

It’s a long story, but I got lucky and ended up as a photo editor at the NYTM—which sounds surreal. I have a great job working at one the best magazines in the country.

What gave you the idea to start the Instagram account?
Originally I wasn’t taking pictures of legs. I was just like most people, interested taking a lot of quotidian pictures—pictures of my trips, or my family, or the occasional selfie.

And then I remember distinctly I was in the Waldorf Astoria Hotel on Park [Avenue] and I was just passing through [the lobby], and I saw this woman who had very dainty legs.

I said,”Could I take a picture of your legs?” and she said, “Fine,” in large part because her face wasn’t going to be in the picture and there was nothing inappropriate about the picture. I just liked the shape of what I was observing. And then after that, I took a few more legs pictures here and there: a couple in Central Park, one in London.

It was the encouragement of my boss, Kathy Ryan, who said, “oh, there’s really something interesting here.” So I started doing more and more of it, and it’s become exclusively legs in large part because I now have a relatively large following.

What are people’s reactions when you ask to take pictures of their legs?
Generally, women are flattered and they want to do it. As a New Yorker you walk so much, and you notice so many people with great fashion or style.

As I’m walking to work and home from work—I live on the Upper East Side—I see a lot of women, and I’ve tapped them on the shoulder and explained, “I do this project. I know that it sounds strange, but I take pictures of women’s legs.” And I show them the pictures on my Instagram feed and I say, “I really just like what you’re wearing” or “I love the way I just observed standing, would you mind if I took a picture of your legs?”

It is fascinating to me how many women are so flattered that they don’t even [give it] a second thought. They’re really kind. 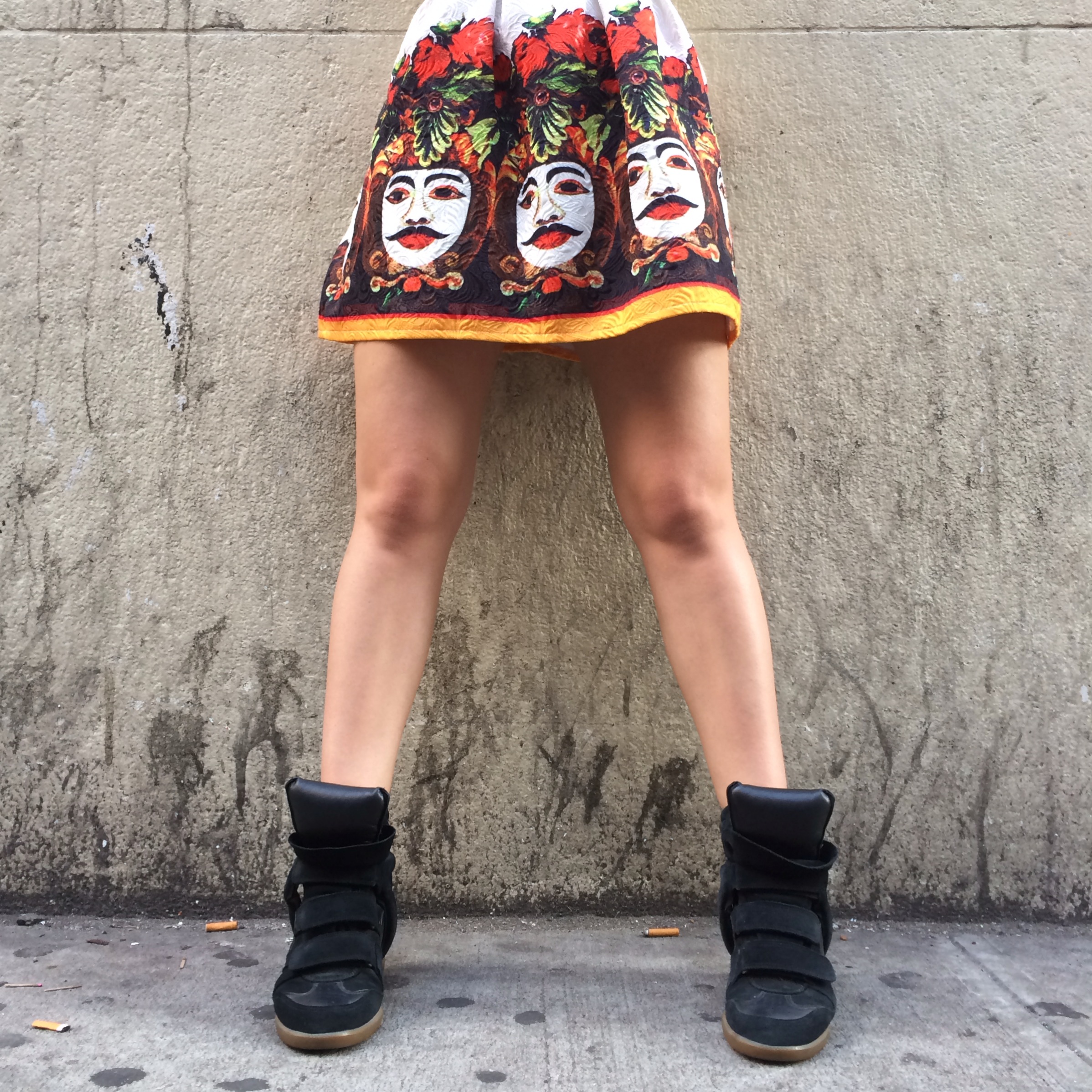 And I love that you showcase all shapes and sizes—you don’t see big thighs in fashion media. Do you intentionally look for variation and uniqueness?
I did not early on in a conscious way. I think I was drawn to shapes that are interesting. I think like any person who likes to take pictures, you’re drawn to things that interest you. If there’s a shape or a style or the way the woman stands that I find interesting, it doesn’t matter what their size is.

But I think some of the best pictures are the pictures of women who happen to be not-so-skinny. I think there’s also an attitude in a lot of the pictures that is empowering. I’m pretty self-conscious about the way I look, and to see someone who is not a model wear a really stylish outfit with confidence is pretty empowering. 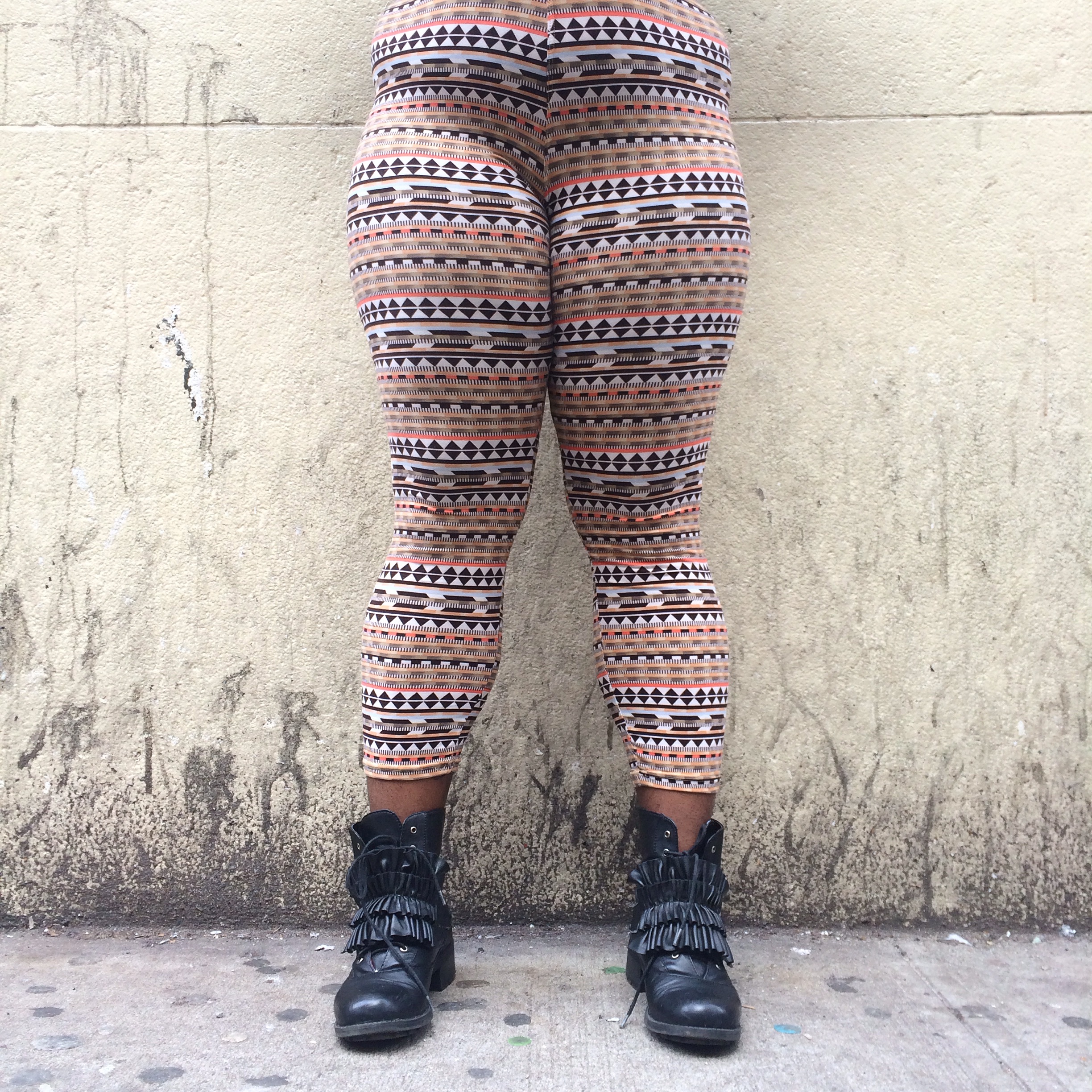 I won’t be able to articulate it well at all, but in Ireland and in the United Kingdom, I did feel like there was a sensibility that was a bit different. I felt like I would look at a picture of a woman’s legs that I might have taken in Brick Lane in London and go “that feels quintessentially British to me somehow.”

Do you have a favorite shot?
I have two. One is of a woman. She’s wearing boots—cowboy boots—and [chino] shorts and the reason I like the picture is that she looks so kind of timid and awkward in the picture. And I feel that was perhaps one of my most honest pictures. She was literally standing in a way that struck her in that moment, and she kind of struck me as someone who was a little timid about the whole thing.

I [also] like the picture that I took in the West Village of the woman with rainbow boots.I feel like [as if it’s] maybe my most—what’s the word?—memorable picture if there is one. I love the combination of the fishnet stocking, and the way she was standing, and the rainbow boots. I felt like that was a kind of classic New York picture. 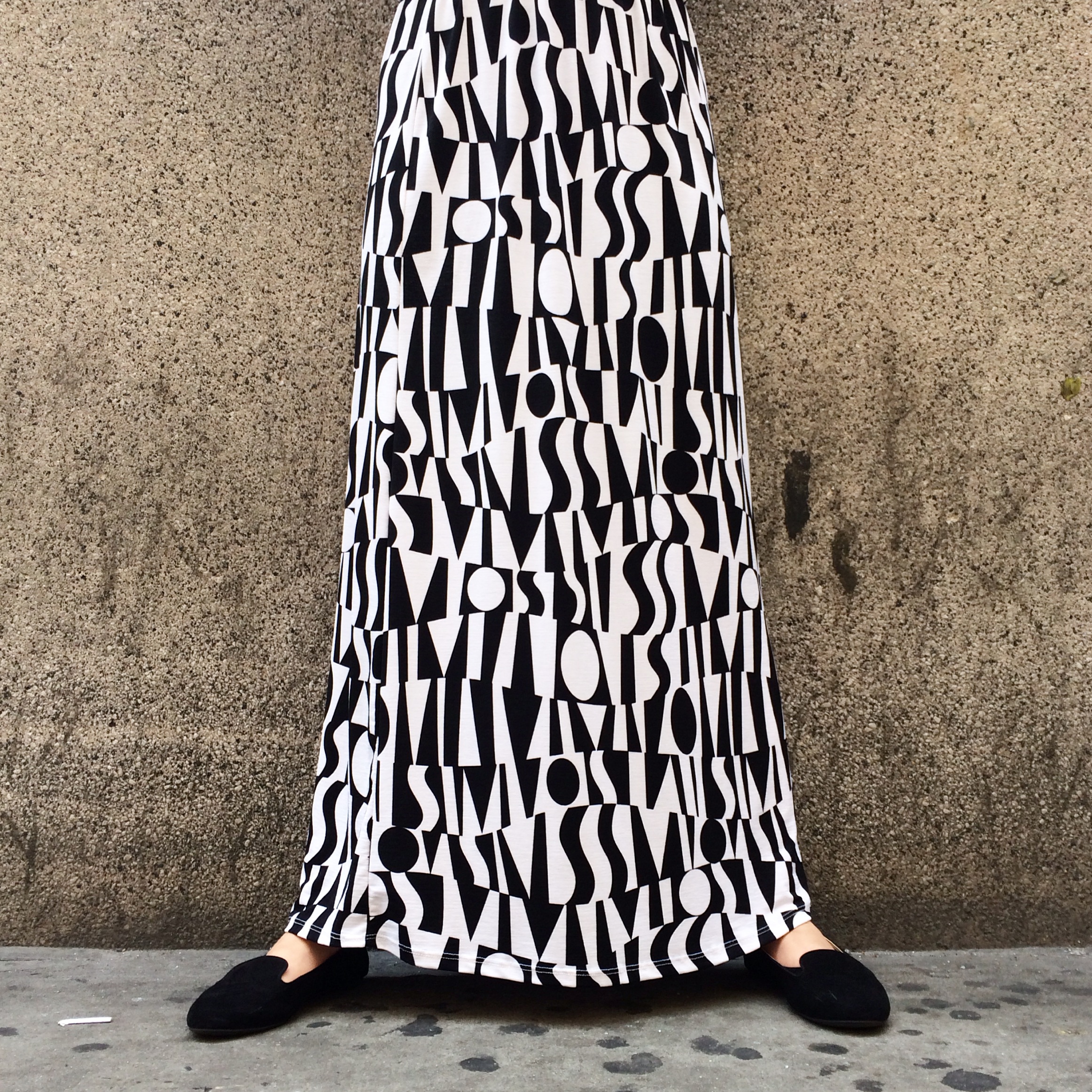 Would your photographs ever make into a coffee table book or have they? Anything beyond the Instagram account?
The British designer Matt Willey, who is now the art director where I work at The New York Times Magazine, along with my boss, Kathy Ryan, have been two of the biggest supporters of the project from the very beginning.

Matt has designed a beautiful book of the pictures—I love the cover he created in particular—and I’m hoping to self publish a book this fall.