On the Red Couch with Comic Book Icon Jim Lee 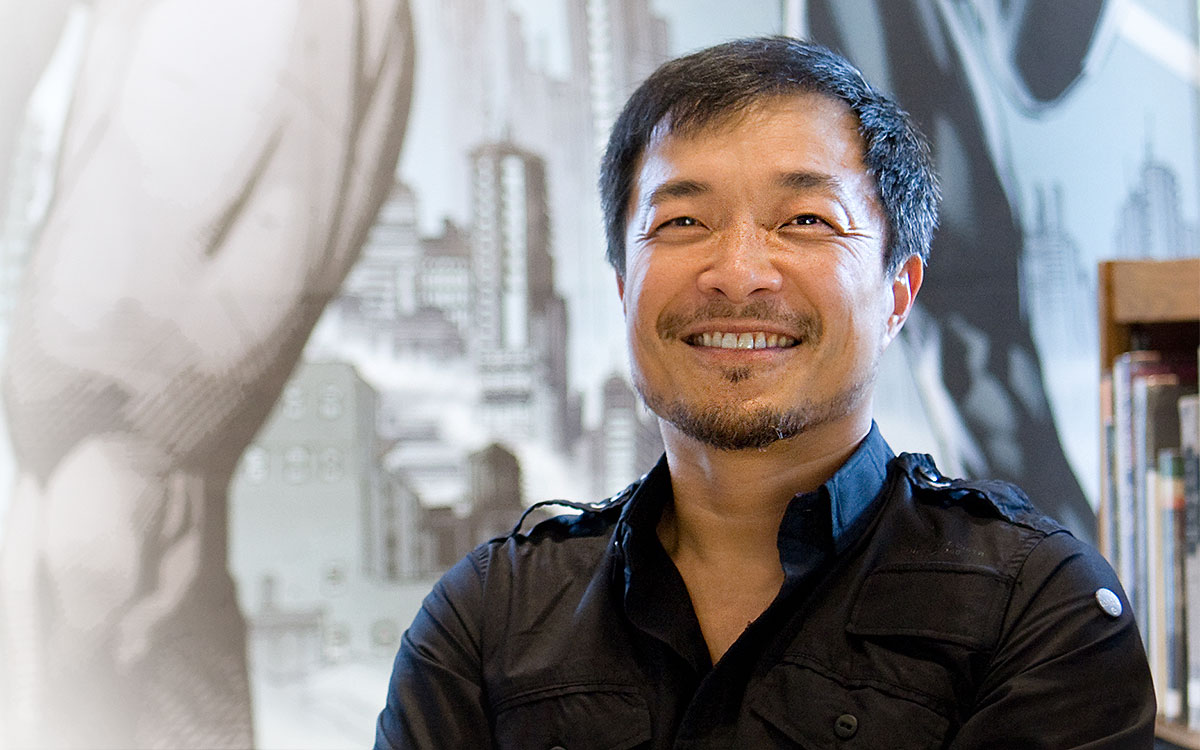 Young, talented Ivy League graduate leaves the safe confines of higher learning to pursue his dream, founds a company that transforms an industry and becomes wildly successful in the process. Silicon Valley startup entrepreneur, you say? Try comic book creator with an origin story worthy of the very pages he creates.

Jim Lee, world-renowned artist, writer, editor and publisher, has been a pioneer in the comic book industry for more than 25 years. Among his many accomplishments are founding Image Comics and Wildstorm Productions, becoming the current Co-Publisher of DC Comics, and being in the Guinness World Records for having penciled and co-written the best-selling comic book of all time (X-Men No. 1).

He might be best known for his distinctive drawing style, but Jim’s knowledge and influence over an entire publishing medium has been even more eye catching. We were fortunate enough to hear his stories, thoughts and insights below.

You decided to take a huge gamble on your passion in life, like many startup founders. What gave you the confidence to jump into comics?
It was largely stupidity. When you’re young and just starting out, it’s less of a gamble because you’ve got nowhere to go but up. You’re not thinking about buying a house or saving up for my kids’ college fund. It’s all about immediate gratification. When I was deciding what interests me, it was creating and telling stories with pictures. I couldn’t envision a life where I didn’t get to do that.

Your work has made a big impact on an entire industry, particularly artists. What influenced your style—that has in return influenced the style of so many after you?
I was very much a kid of pop culture and mainstream comics: John Byrne, Neal Adams, George Pérez, Frank Miller. When I first started in the business, I was still looking at past comics as a source of inspiration. But in my second year, I basically put down all those comic books I loved and said, “I’m going to throw that out of my point of view and just rely on what comes to mind.” My style did go on to be copied, perhaps because it was commercially successful. One of the more gratifying things I hear at Comic-Con is from young people who grew up on my comic books and were inspired to pursue a career in the arts because of them. There’s no greater honor than passing inspiration forward.

You were at the top of the game at Marvel when you took your second big entrepreneurial leap to start Image. How did that gamble end up happening?
Maybe it was less of a gamble because I always felt like, “Hey, if things go horribly awry, maybe they’ll take us back.” [Laughs] But at the end of the day, I launched Image with the other guys because they were my friends—we grew up in the business together, we had a lot of shared sensibilities and desires, and we didn’t know any better.

In addition to being a commercial success, Image also changed the game for independent creators from a business standpoint. How would you describe Image’s lasting effects on the publishing industry?
Well, first off, I think creators owning their work outright was a big change. We were able to pass on most of the profits to the creators themselves. But more so than that, showing there were other options out there for creators was important and continues to be to this day. Whether it’s Kickstarter or self publishing or web comics, I think it’s healthy for the business and healthy for the talent community to have as many options as possible.

Tell us about The New 52 project at DC. What was it like to reboot the most iconic characters in the DC Comics universe?
It’s interesting. This touches on many of the themes of what prepares you to take gambles in life. I certainly drew upon the experiences I had at Marvel with Heroes Reborn, where we rebooted the Fantastic Four, Iron Man, Avengers and Captain America. And I looked at history, as well, since DC had done what’s called the Silver Age reboot of the characters back in the 50s. We wanted to take the entire DC universe and do something exciting that would essentially reset the table to make it inviting for both new and old fans.

When you think about The New 52 and how dramatically sweeping those changes were, there was a risk of damaging these icons that have been around for 75+ years. There was a furor and controversy in the press leading up to the launch as fans were up in arms about these changes. But it was one of those instances where it paid off to stick to your guns because when the books came out, it was a huge success. It really showed that you can’t always rely on a certain subsection of your readers who may be the most vocal but may not represent the bulk of your potential sales and audience.

Something near and dear to Flipboard is the technology shifts that are happening in digital publishing. Are there any new consumer technologies related to the comic book industry that you find interesting?
One of the great things that helped The New 52 gain so much traction was the same-day-digital [publishing] across our entire lineup—you could buy the print edition and the digital edition at the same time. That opened up the world: it made The New 52 just a couple clicks away for a potential consumer to read an article about what we’re doing, find the website, and purchase the comic book that they just read about.

The other thing that happened was that portable media devices allowed us to experiment with interactive storytelling and tell stories in dramatically different ways. Instead of your traditional left-right, up-down narrative/flow that you would normally have in a printed comic book, you can now build panels in a dynamic way that mixes visual and story elements. You tap the screen and get a word balloon; tap again and get a sound effect; tap again to see a previous panel, and so on. It’s like building a song using notes in a very different way.

It seems like comic book characters and their stories are more popular and relevant than ever, with several of the highest grossing movies this year being based on comics. What do you think has caused this renaissance?
The common answer here is that comic books are the mythology of pop culture today. But I think these movies are so popular because they are based on great stories. What you get out of publishing great comic stories for 70-80 years is a sort of natural selection. The stories that have survived are the best stories of an entire industry over decades. The glitzy CGI is then great for bringing those stories to life on the big screen. But at the end what brings people to the cinema are the stories about the people and that human element. I don’t think it’s a surprise that some of the very best movie heroes out there are comic book heroes.

DC Comics’ “Justice League: Origin” is available for free download now through our partner, iBooks, as part of its iOS 8 celebration. You can download Lee’s book (and others) via the iBooks pages in this magazine: 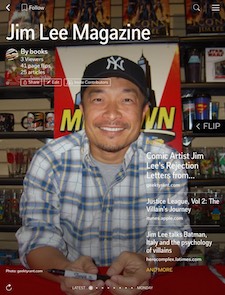