On the Red Couch with Conductor Gerard Schwarz 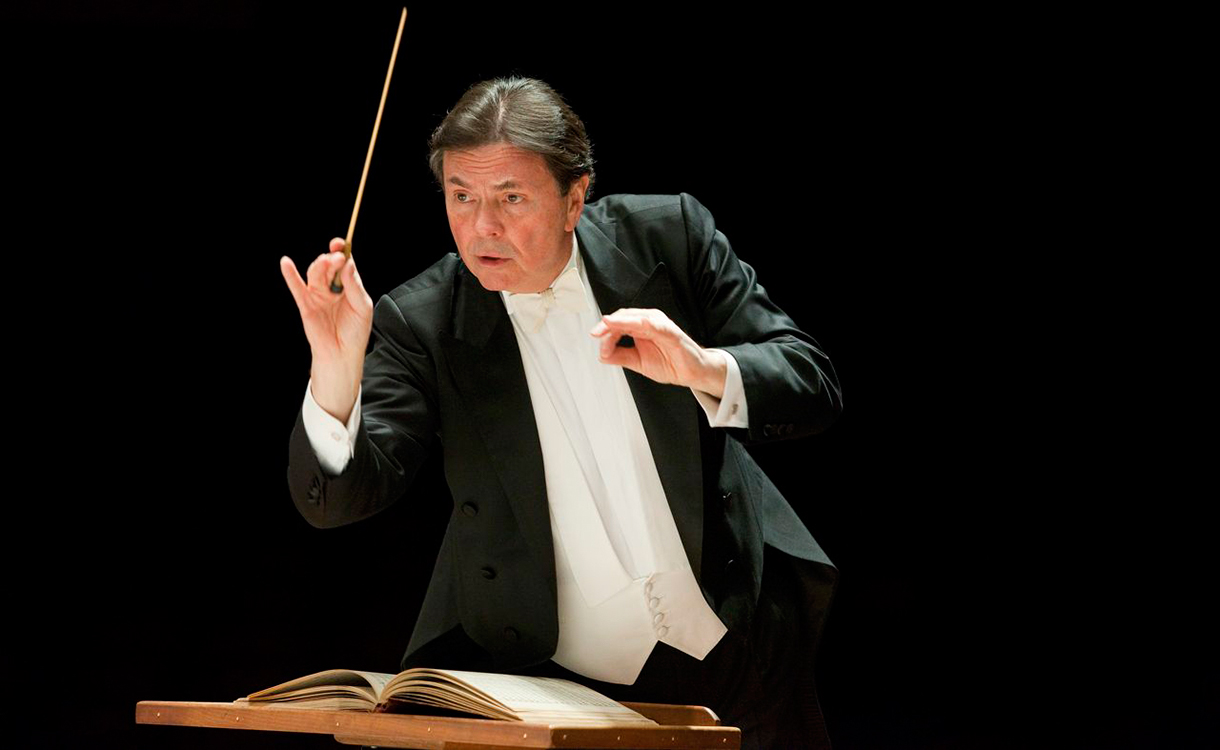 Before speaking with Gerard Schwarz, the former Music Director of the Seattle Symphony and current Music Director of the All-Star Orchestra, I knew almost nothing about his work (one thing I did know: his daughter is Gabriella Schwarz, Flipboard’s News Editor). “Most people assume conducting is about waving your arms wildly with little purpose,” Schwarz tells me with a laugh. And I laugh right along with him—because I happen to be one of those people, too.

Or happened to be, rather. As a result of our chat, I’ve not only acquired an appreciation for what a conductor does, but I, a serious Drake fan, even find myself listening to and enjoying the symphonies and concertos recommended by Schwarz. That’s partially thanks to the man himself, who speaks about classical music with a level of articulation, clarity and just enough romance to make anyone take a second listen to Gustav Mahler.

For those reasons and others, Schwarz is successful as a Music Director, recognized for his skill at conducting as well as his ability to attract audiences. These days, his passion lies in education. At the All-Star Orchestra, Schwarz leads musicians from every major orchestra in the country, playing for TV and web audiences—including students, educators and enthusiasts—as part of a joint project offered by the Khan Academy and PBS. “What I have come to love about my position nowadays is the ability to expose more people to the beauty of music. I don’t take that for granted,” he says.

In his Flipboard Magazine, Schwarz is both curator and professor, offering an entire education on classical music by way of lessons, performances and articles supporting the importance of a musical life. We spoke with him about the nuts and bolts of conducting, whether classical music is elitist and why he hates making decisions at Chinese restaurants.

On the most elementary level, you give a sign to an orchestra of about 100 people of when they should start to play. While giving that sign, you’re giving an indication of how fast the piece should be. And then, on the simplest level, you continue to beat your arms so that everybody continues to play together. The larger the ensemble, the greater the need for a conductor. If you’ve got three or four people, staying together isn’t hard. With 80 people, it’s harder to accomplish.

Of course, everyone thinks conducting is about waving your arms with little purpose. In reality the conductor’s main role is to interpret the work on the spot, like a director guiding the text in a play—in rehearsals and performances as well. A director may ask an actor to emphasize a certain word, or say something at a particular speed—to give character to the character, in some ways.

The other major job is to hear, to listen to what’s not quite right. Maybe the second trombone’s not right, or the violins are out of tune. There are issues of balance and sound which the conductor puts their stamp upon, to make that music come alive.

At what stage in your career as a professional musician did you decide to become a conductor? What factors led to that decision?
I was given many opportunities to be a conductor, but I had no interest. It wasn’t what I wanted to do. I wanted to be a trumpet player in the New York Philharmonic. I practiced very hard, had very good teachers, and a certain talent which led me to become the principal trumpeter of the New York Philharmonic at 24. It was amazing to arrive at a position I’d always wanted.

After a couple of years, I started imagining myself 40 to 50 years from then. You could do that in the Philharmonic. So I pictured myself at 65, 70 years old, and wondering, “Is this really what I want to be doing?”

At that point, I was having a ball. But really, artistically I wanted to do more. So that’s when I thought, “You know, I have had a talent as a conductor. Maybe that’s the direction I should go in the next chapter of my life.”

And that’s what happened: I started studying conductors, how they waved their hands, what they listened to or didn’t listen to, even their choice of words. In my fourth year at the Philharmonic, I decided to pursue it full-time.

You’ve said that being a conductor was a more rewarding way of life, which I took as a comparison to your time as a trumpeter. What did you mean by that?
I’m not sure if that’s exactly right. As an instrumentalist, especially an orchestral instrumentalist, you become someone who dedicates their lives to making a beautiful sound, being expressive, powerful, delicate—but you’re becoming a part of a broader story. You’re playing your part the best you can. Whereas a conductor is sculpting that story into a novel, acting as the editor of several chapters, interpreting the work on a fundamental level.

Do you miss playing in the orchestra?
Once in awhile, I’ll sit in the back in a chair where I used to sit, where it’s so comfortable. And you can think of being able to do a performance that’s close to perfect in your eyes. You have a vision of perfection. As a player you can accomplish that.

When my wife and I go to a Chinese restaurant with the kids and my wife, Jody, asks, “What do you want?” I’ll say, “I don’t want to make any decisions, you decide!” [laughs]

Do you think that truly great conductors have to be great players themselves?
That’s a very interesting question. In principle, I should say unless you really master an instrument, you shouldn’t be a conductor. I’m not sure that’s actually necessary.

I think to have played in an orchestra and mastered an instrument is huge, so that when you conduct you know what it’s like to sit there and follow. Someone once said to me, “Oh, I think that conductor is lousy,” and I said, “Oh, really? Did the concert start? Yes. Did it fall apart? No. At the end they got through all the pieces? Yes. Then I think that conductor was quite successful.”

What do you think makes a great conductor?
Compassion for the people you’re conducting, to be able to communicate with them with your body and arms and eye motions, as well as verbally, and it’s of utmost importance that you have a tremendous amount of knowledge. You’re in the position of telling people how to play a symphony. That’s a great responsibility.

You [also] have to consider everything you do: how do you walk on stage? How do you greet the orchestra? When do you stop? What do you fix? How important is it for the orchestra to know that you know it’s not right?

Classical music has been stigmatized as old-fashioned, maybe even elitist. While I don’t consider myself a devoted classical music fan, I do have my own particular passions: photography, boxing, colonial history, etc. And I don’t know that those things would be enhanced were they to become more “accessible” to people. What’s your take?
[long pause] I agree with that statement—that classical music needs to be more accessible to people. There’s no question. That’s what I’m dedicating my life to at this point. In the first part of my life I was a trumpeter and a conductor, then a music director, then moved back to New York to dedicate my life to this idea that we need to expose and educate more people on the wonders of classical music.

I believe there’s a greater good here. It may not be for everyone. I believe you could love it, however, because it’s so beautiful and has its own language that defies words. But it also helps you as a student to do better in school [laughs].

They did a study in Nashville—you know, Music City—a city which was having trouble in their public schools, mostly minority kids from lower income families. And they were having a 60% graduation rate from high school—abysmal. They decided to give instruments to all the kids. In one year, the graduation rate went up to 80%, then after two years it was 90%. What was happening here was that the kids were able to focus on something else other than whatever was going on in their lives.

Meanwhile the country was arguing about things like minimum wage. In music, there’s gratification, there’s success—nobody loses, it’s not like football. It’s socially involved. Everything about their lives changes.

For me, my job is to expose people as best I can. I’ve done 12 TV shows on public television, won Emmys, etc., all so that people can hear classical music for free. It’s a whole new concept of listening to music. It’s made for television, there’s no audience, and we do a little bit of education, a great variety of repertoires, etc. We take all that great literature and add to that a very serious education—reading notes, understanding harmonies, historical analyses—which goes on the Khan Academy. We have 60 lessons up so far, and I hope this time next year we have 1,000 lessons. After nine months, we’ve had 2 million visitors, learning about music, from the Khan Academy.

That’s shocking to me. It made me more excited to work harder and faster. This can have an impact. It can inspire people like you, when you’re 60 or 65, to potentially teach. I mean, look at all these 70-year-olds watching sports…it’s not like they’re out there playing soccer! They should teach! 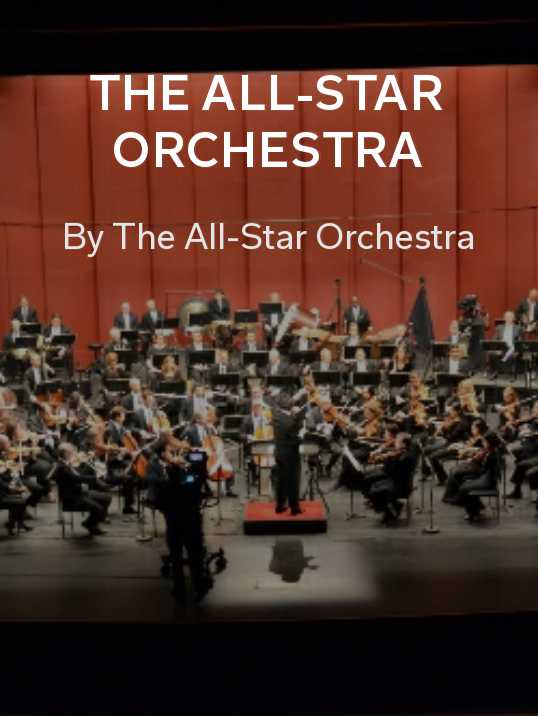