On the Red Couch with Digital Media Consultant Mark Coatney 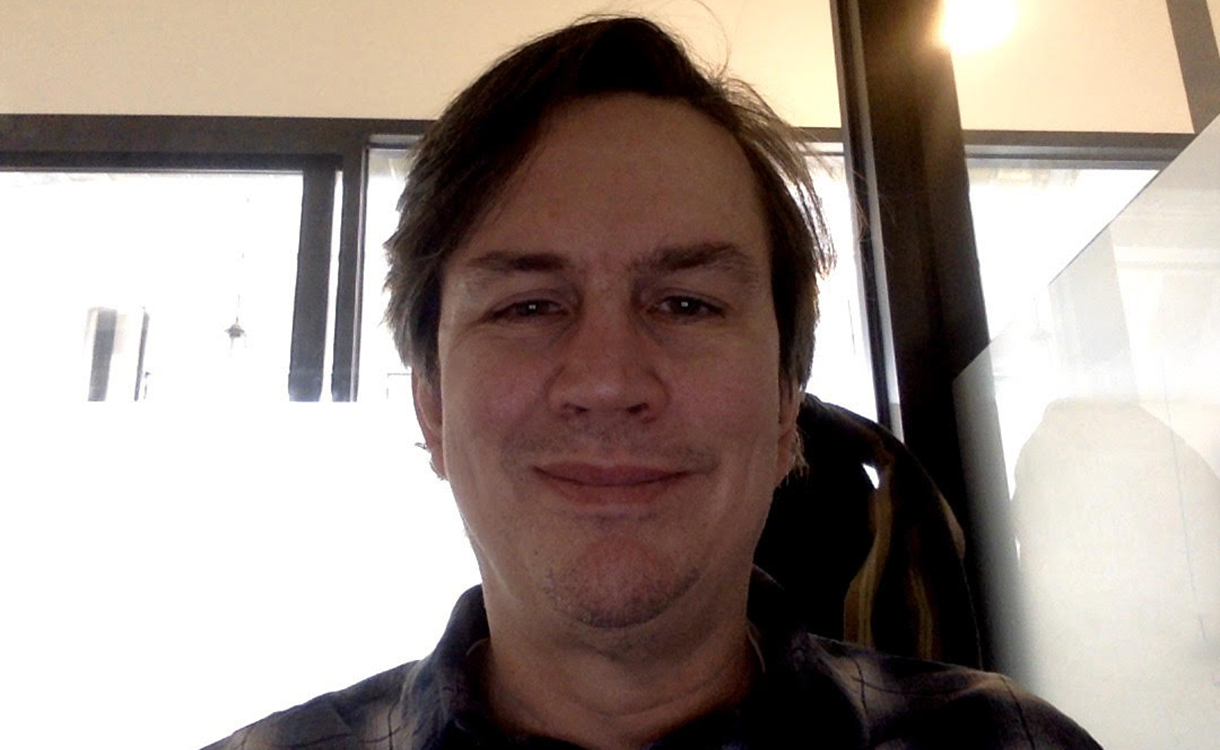 Nine years ago, Tumblr was born. Whether or not you think they reinvented the blog, the NYC-based startup did create a new publishing platform called “microblogging” that created a natural, community-oriented ecosystem for all kinds of creators, including publishers needing new ways to reach their audiences.

One of the first people to help traditional media wrap its head around Tumblr was Mark Coatney, a former editor who’d spent most of his career at The Washington Post, Time and finally Newsweek, where he took it upon himself to use Tumblr to communicate directly with their audience. This might not sound terribly revolutionary today, but back in 2007-8, many critical aspects of modern communication—Facebook, Twitter, social media managers—were still being misunderstood.

Coatney, however, understood how to use the platform to hone Newsweek’s voice—to such a degree that Tumblr hired him to be their Brand Evangelist, a job that entailed helping other publishers, including NPR, The New York Times and GQ, take advantage of this new and exciting channel. Once Yahoo acquired Tumblr in 2013, Coatney left to become Senior Vice President of Digital at the recently shuttered Al Jazeera America, and has since been consulting for other emerging editorial platforms, like This.

An early Flipboard fan (check out his magazine!), Coatney has been something of a savvy soothsayer in the tumultuous world of digital media. He sat down with us to share some new predictions, intuitions and ideas about the next wave of the wild, wild Web. 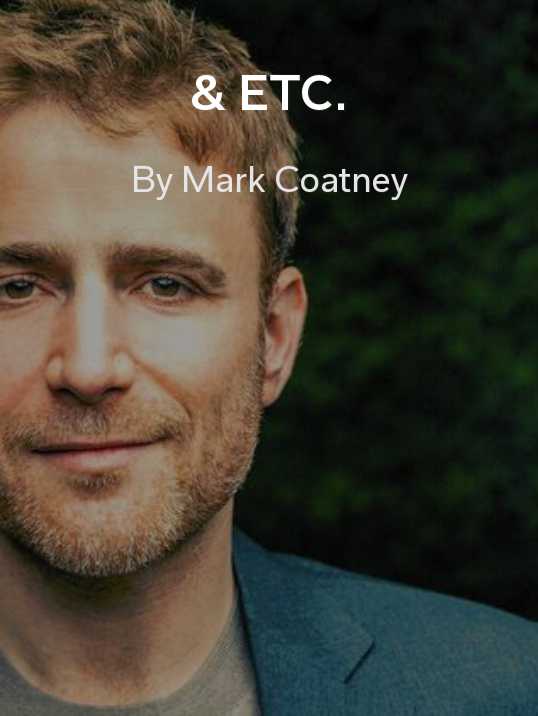 When you first took over Newsweek’s Tumblr presence, what was missing in the way legacy publishers were communicating with their audiences? Now we see more and more publishers engaging “authentically” or naturally with their audiences. What do you see as lacking today? Can publishers improve their engagement efforts?
I always said at Newsweek, and I still think this is mostly true today, that if you were to print out the websites of most major publishers the experience wouldn’t be that different than if you were still reading the print product. To me, this was always a problem, because you’re not doing enough with the digital medium if you’re essentially just replicating an older one. As Paul Ford said a long time ago, the Web is a customer service medium, and publishers, especially in 2009 when I was starting on Tumblr for Newsweek, were really bad at this.

I wanted Newsweek to be better at that, and was able to get organizational buy-in to speak more as the voice of Newsweek, which was fascinating. In 2009, I was obsessed with user identity and how we as publishers essentially knew nothing of our readers. One of the big reasons I started using Tumblr to talk about and to the Newsweek audience was that there really wasn’t any good way to do this on the regular Newsweek.com site.

This is still mostly true today: most publishers interact with their readers, if at all, on other platforms. Some of them have gotten quite good at it—Buzzfeed, of course, but even the NYT has a decent social game—but most publishers don’t do much of anything around building and serving an audience in their own environment. One big exception is Gawker media, which, I have no idea how [Gawker’s proprietary online news aggregator] Kinja is for them on the back end, but as a user of the site, I find it’s one of the few places where you truly feel the organization will be responsive to you.

The biggest lack is that publishers still, for the most part, see themselves as producers of widgets (that is, articles, videos, etc.) when they should be thinking of themselves as entertainers who need to constantly keep the attention of a live audience. The interaction is key, and while you’re seeing more of it at the very top level, with execs starting to speak for their brand—you see this with Jack Dorsey being super responsive on Twitter to questions about product direction, etc.—most of the interaction lower down takes place on the social media accounts of individuals within an organization. Jenna Wortham of the New York Times is really good on social media, so you feel like you have an insight into one of the Times staffers and can communicate with that person, but the Times itself is someone of a brick wall.

The thing is, doing good reader interaction is not a new idea. The old Time magazine used to have a huge Letters department, and for a long while Time took a lot of pride in making sure that everyone who wrote Time a letter would get some sort of response. That level of responsiveness dried up in the 00s as publishers started making significant cutbacks, but I see a return to that on digital channels from a lot of publishers.

Why did you go to Tumblr? What did you learn from your experience there, working for a tech company of that size and stature?
Tumblr offered me a really great, once-in-a-lifetime opportunity for a journalist: to be part of a truly new, mass-media operation and help create new ways of communicating with an audience. I loved my time at Tumblr, especially the first year, when we were less than 15 people. Coming from years at much larger media companies, it was really fun to be at a place where you could see every day what impact you were making.

I learned so much, more than I could ever list here, but interestingly a lot of what I learned wasn’t so much about Tumblr at all, or startups in general, but about other media companies. My job was essentially to work with other media companies to help them use Tumblr to their best advantage, and so I spent a lot of time working with people from all sorts of places, and got some great insights into what their challenges and opportunities are.

With Yahoo making dramatic cuts, how do you think that will affect Tumblr? Are you optimistic? Why or why not?
Well, Yahoo has said that Tumblr is very important to its future, and I’m personally very optimistic about Tumblr. For one thing, very few places can command the kind of audience Tumblr does—it’s one of the few truly mass, and truly global, platforms. People always throw around all these huge audience numbers as if they’re worth nothing. Tumblr has hundreds of millions of monthly unique users, but it’s actually incredibly hard and rare to build something that can touch so many people. That’s super valuable.

And I still love the Tumblr dashboard experience. At its best it has a magic that no Twitter/Facebook timeline can match, and think it has huge potential from both a content and advertising perspective. In the end, I still believe that Yahoo is a very valuable company and I know Tumblr will thrive.

A year after leaving Al Jazeera, the company has shuttered their U.S. division. What kinds of things were you responsible for? Did they work?
Ah, this is a big question! I was at Al Jazeera America for around 20 months, from launch until April of last year. I was responsible for the day-to-day editorial and product of the AJAM website—a staff of 70 journalists that produced a lot of great work. Of course you always think about the things you didn’t get done, and for me the biggest disappointment is that in my time there I was never able to get any sort of real digital video product launched. This was because of deals AJAM signed with cable providers to get carriage that essentially prevented us from doing any digital video. So while I’m proud of what my folks did using text and pictures, we weren’t able to deliver a lot of what you might have expected from the digital arm of a television network.

What is or isn’t working in digital media?
Oh, man. I suppose the biggest thing is still business models, but I think that’s mainly because publishers still haven’t reckoned with how very different digital media is.

One place I find particularly interesting is something like YouNow, which operates under a very specific busker kind of model: people perform live and people can tip them if they like what they see. That in some ways is closer to the approach I think publishers should be taking, the idea that your whole goal is to get and hold an audience, and if all you’re doing is producing commodity content and not creating a bond with your audience, I’m not sure how long they’ll stick around.

A big question for me coming up is the rise of messaging platforms, and where, or if, conventional media fits into that space. More and more of people’s time and attention is spent on things like WhatsApp, Snapchat, Kik, Line, etc., and while for media it’s crucial to go where the eyes are, I’m still trying to wrap my head around how to do mass media in the very personalized space of messaging apps.

There’s a lot of drum-beating about the “death of Twitter,” which feels more like an attempt—and subsequent failure— to understand a rapidly evolving technology platform. What do you make of it?
Well, yes. Twitter is not a Facebook-sized company, and probably won’t ever be, which disappoints a lot of people. But it is such an essential tool for many, many people, and provides so much value to them, that I don’t see anything but a great future for them. People really care about Twitter and want to see it succeed, which to me is a great sign that the company will.

Is there a scaleable approach to providing original, trustworthy news? Or will everything end up being owned by billionaires, i.e. owners willing to lose (or not make much) money to get their POV across?
Well, everything has always been owned by billionaires, right? (Or people who would be billionaires in 2016 dollars.) It’s not like the Grahams, Sulzbergers, Chandlers, Hearsts, Luces, etc. were paupers, and for most of the 20th century they controlled the news. As long as news orgs are centrally controlled organizations (which could change if someone, for instance, creates a viable bitcoin-based decentralized platform for news), people at the top are going to make money, and their biases will inform their organizations.

Currently I think that “scalable” and “original” are kind of in opposition. Certainly some things are scalable, trustworthy and original—think of things like financial reports and game recaps, which are already now largely machine-written.

But it’s hard to do truly unique stuff and pay for it in today’s digital environment, where a lot of the value of original stuff can be captured by other people (think of all the content aggregators who get traffic/revenue simply by repeating others). One thing that may really change this, strangely, is Facebook. As content becomes more and more a thing consumed directly within the platform, the optimistic view would be that good, original content is rewarded here because there’s less of a way for aggregators to operate in the newsfeed.

I think Buzzfeed is figuring it out, for sure. VICE may be figuring it out. Vox Media is certainly interesting. And as I said earlier, Gawker is particularly interesting to me because of their big bet that they can figure out how to talk with an audience at scale on their own platform, which to me would be revolutionary.