On the Red Couch with DJ Spooky 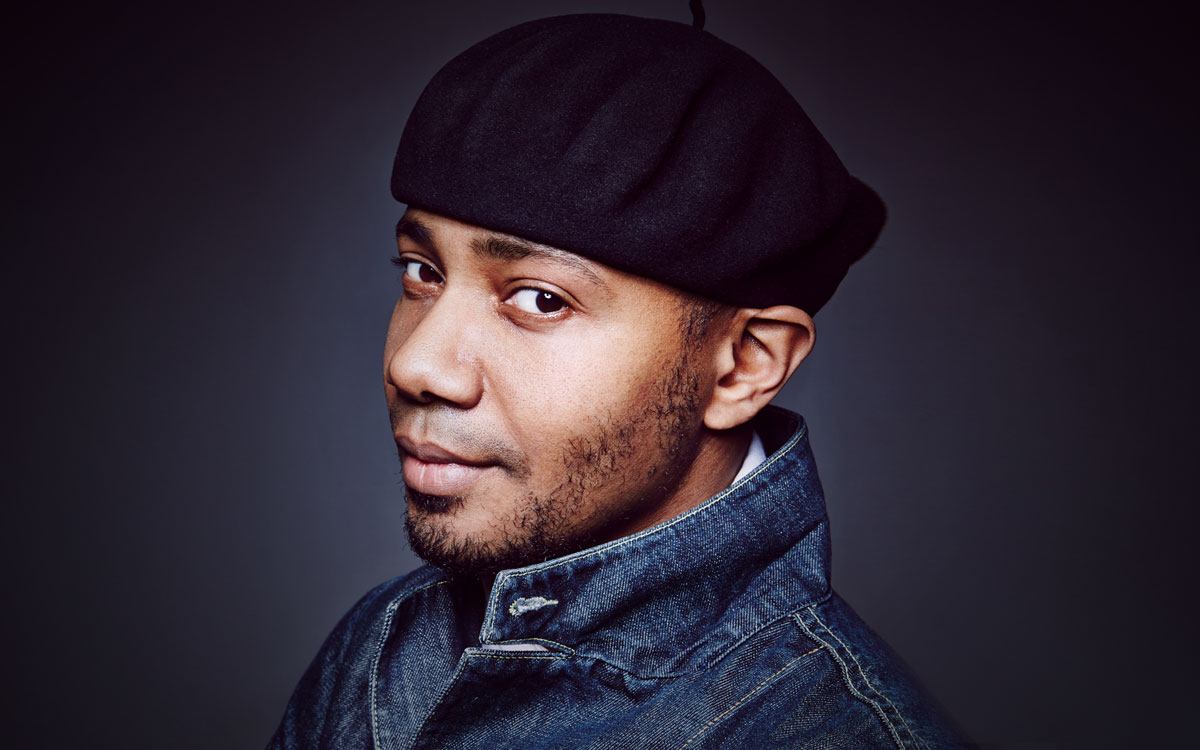 Paul D. Miller aka DJ Spooky doesn’t just want you to dance. Though the musician still spins experimental music at clubs and museums around the world, he also writes books, designs apps and leads a conceptual arts center on a remote island in the South Pacific.

Truly a multimedia artist, Spooky uses his “audio collages” to communicate his many environmental, philosophical and intellectual pursuits through song. As the first artist-in-residence at New York’s Metropolitan Museum of Art, Spooky joins a number of electronic musicians exploring the scintillating synthesis of art, technology and sound. Recently named an Emerging Explorer by National Geographic, Spooky’s also something of an anthropologist, conducting research and field studies in places as remote as Antarctica.

Impressed and a little overwhelmed, we spoke with him about musical journeys, old cell phones and how the greatest remixes occur in life.

You initially dabbled in photography, philosophy and literature. How did you come to music, and why?
I’ve always felt the boundaries between media are artificial—a story, a theater script, an art project, architecture. Music is art, art is writing, writing is just another kind of expression.

I’m inspired by Andy Warhol and what he did with Interview Magazine (the old one!) and Maria Popova’s BrainPickings or Cory Doctorow with Boing Boing. My business partner Maranda Pleasant at Origin Magazine has a similar philosophy – I’ve learned to balance with her and figure out ways to help make Origin Magazine grow. Great, smart folks, all! That’s what inspires me.

What attracts you to remote locations like the South Pacific or Antarctica?
Music is a kind of journey. Too many people don’t think for themselves. Going to remote environments like Antarctica or the South Pacific really lets me compare different routes. (Once you see how beautiful the spots I hang out in like Vanuatu or Tahiti are, hanging out in New York is a bit parochial.) It helps me to make music.

You have to get away sometimes to get perspective. Once any human being sees how beautiful that kind of place is, it just changes the way you look at everything. You can never go back because you will look at the world around you in a really different way.

With such a range of interests, what’s your process for starting a new project?
People tend to forget that, officially, the iPad only came out in 2010, and the iPhone came out in 2007. That’s extremely short in terms of the norms of how culture evolves. Think about Android as an operating system as well. If you go back to when Motorola’s designer Martin Cooper made the first “cellphone,” the DynaTAC 8000 in 1983, things have changed so much—we’re deeper into the idea of “mobility.”

I just finished my new book, The Imaginary App, with MIT Press about apps, design, and the way interfaces like Flipboard have changed the way people look at creative solutions to how we organize information online and off.

When we first started, the basic idea was to contrast different approaches to organizing the book. It’s a book about apps, so it should mirror the way they function. I started by thinking of apps as a way of getting people to think about sampling ideas. We use apps to get small concepts out into the social marketplace, which is shorthand for the first steps in making ideas manifest as software.

I guess that’s the basic premise: make all ideas converge and see what’s left after they collide. Stuff like that is what made my book, and my Flipboard magazine, really fun to put together. 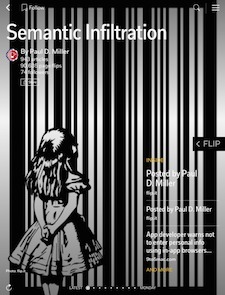 In your work you talk a lot about pattern recognition and this idea that we “live in the presence” of history. Could you elaborate?
That’s why I love Flipboard! It creates a great frame for ideas and research in a graphically complex but really accessible format. Super cool! It’s the way I think a lot of people read and think about ideas these days, and that’s what makes it work for the kind of creative environment I operate in.

Flipboard is a tool to organize the way you read into a great graphical environment. That’s another way of studying patterns. So I guess I’m a Flipboard artist.

Magazines abbreviate the way we think about any topic. It’s that sense of brevity that Flipboard has inherited, and that’s how I apply what I’ve learned from print magazines to my Flipboard feed: Keep it fun, immersive, and unexpected.

Has originality become anachronistic? Do you believe there’s such a thing as “artistic authenticity” in the digital age?
Originality is always oversold. I think that humanity had great strength in looking at and comparing solutions to problems by sharing information.

The person who singlehandedly kick-started science fiction, Jules Verne, once wrote that “if one person can imagine something, another person can make it real.” That’s how I like to think about creativity. By sharing and creating much more robust exchanges of ideas, and everyone benefits. That’s what sampling is about. Everything is a sample.