On the Red Couch with Ebola Photographer Kieran Kesner 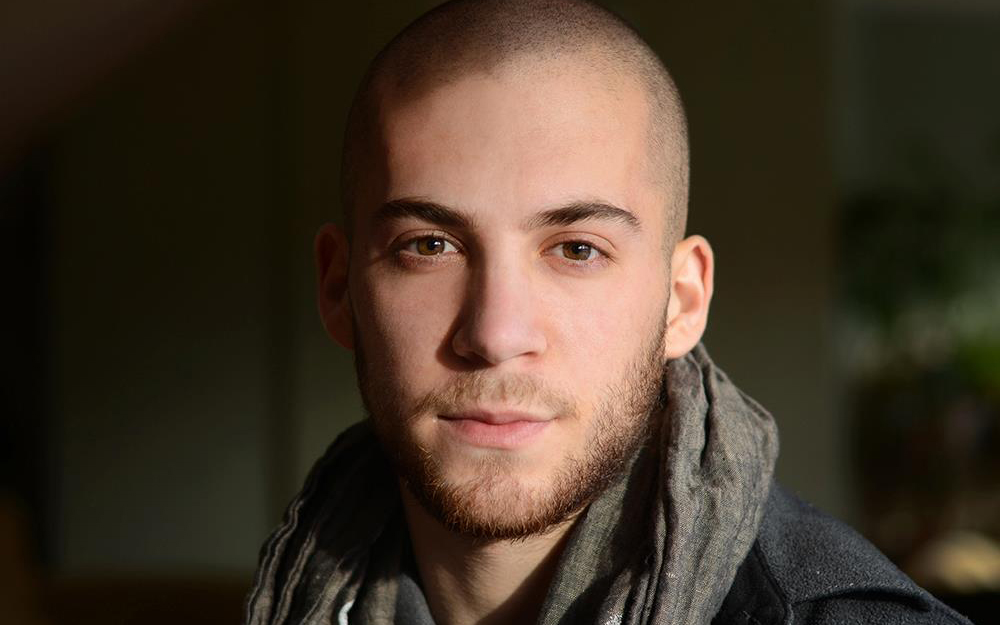 Earlier this year, photographer Kieran Kesner graduated from New York University when he got the break of a lifetime: The photo editor from The Wall Street Journal, whom he’d met socially, offered him a chance to cover the unfolding Ebola epidemic, in Liberia. It’s often been said that news photographers are the only people who, when they see a mob running away from something, will run toward that horror. Kesner jumped at the chance to cover one of the most gruesome, virulent and fatal disease outbreaks on the planet. This week, we’re featuring his work in The Shot, Flipboard’s photography magazine. We recently caught up with Kesner in New York, and chatted about his experiences in Africa.

How did you prepare for this assignment? What kinds of things did you bring to Liberia?
I reached out to John Moore who had already been covering the outbreak for a few months and I am grateful he responded with a list of gear, which included multiple sets of Tychem suits, goggles, masks, gloves, rubber boots, duct tape and chlorine. Most of the supplies [purchased at Amazon] I brought with me but I was able to resupply basic goods like chlorine, spray bottles and hand sanitizer at local grocery stores in Liberia.

Were you scared? Describe the general scene. Was Ebola in evidence everywhere, or was it hard to find?
I wasn’t scared until the first day—specifically when I saw the first dead body. I spent my first day in the district of West Point, a slum in Monrovia, Liberia, that at the time was under a government-mandated quarantine. By midday I had been in and out of a local health center where I stood a few feet away from people visibly sick with Ebola-related symptoms. By the afternoon, a body removal team had entered the Ebola holding center, once a school but now a series of vacant rooms where people came to die. It was here I saw my first dead body. I began by photographing her from afar, moving closer and closer until I was just a foot or two above her. It wasn’t until then that I realized the severity of the situation, the threat of the invisible virus in the room and the perpetual fear that if I had been infected, I wouldn’t know until days later.

How did you protect yourself day to day?
The difference between making a mistake here versus home is that a mistake here might kill you. I often think back to times that I entered a room or interacted closely with people visibly sick with Ebola. When you are working as a photographer, your instincts encourage you to go make the image and it’s not until you step back that you think, “Maybe I shouldn’t have done that.”

People in the West tend to have this vision that all doctors and journalists in Liberia are walking around in hazmat suits all the time. This is impossible. Between the heat and humidity of the rainy season and your added anxiety of working in the face of Ebola, protective equipment can only be worn for 15-20 minutes at a time before it must be removed. And you spend about an hour recuperating from the heat and dehydration.

That said, gloves can be worn regularly and play as a friendly reminder not to touch your face and limit where else you place your hands. And of course, hand sanitizer and chlorine are used daily, perhaps upwards of a hundred times a day. It becomes second nature: see a chlorine bucket, wash your hands. Have an itch on your face, wash your hands.

What was it like returning to the U.S. in early September?
[At U.S. Customs at JFK in New York] an officer approached me and asked where I was coming from. I told him that I was a photographer covering the Ebola outbreak for The Wall Street Journal. He proceeded to look through my documents to confirm, and then said “welcome home.”

I was incredibly fearful my baggage and equipment would still be infected. My larger backpack, which held my ruined clothes (stained and bleached with various disinfectants throughout the week) as well as some camera gear and protective equipment, has still yet to be located. To this day, I call JFK and Royal Air Maroc and have yet to receive a reply. It wasn’t so much that my gear was lost that I was fearful it was contaminated and was being handled by workers unaware of the threat.

When I made the connection home to Boston, I couldn’t seem to get home fast enough. I got to my parents’ house and filled a little kiddie plastic pool from my childhood with water and an unnecessary amount of chlorine tablets. I then proceeded to throw everything in I had left—passport, notebooks, you name it. So here I am, disinfecting my gear in the backyard, wiping down my cameras and lenses one last time with hand sanitizer, when I go to take my temperature and my heart drops when the screen reads 99.5.

I immediately called my local hospital and instructed my family to stay away. The call went something like this, “Hi, I just returned from West Africa where I was covering the Ebola outbreak in Liberia for the WSJ and I am running a slight fever.”

Needless to say, they were incredibly responsive. Two epidemiologists from the Massachusetts Department of Public Health called me back, stated that anything under 101.5 wouldn’t even be tested for Ebola and I was probably overheated from exhaustion and working outside in the heat. Thankfully, they were right but for the next 21 days I maintained a rigorous quarantine in the guest room of my girlfriend’s apartment limiting contact with anyone and anything.

Would you ever go back? Why do you think the Ebola story is important?
Yes, I would go back. This is one of the biggest health stories of our time and people’s individual stories still need to be told. It is a huge and dangerous responsibility to bear witness to the suffering and share it with the rest of the world, but it’s incredibly important work that I would like to continue doing.

You can see Kieran’s work in The Shot magazine: 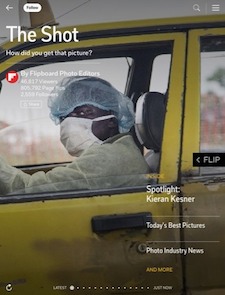