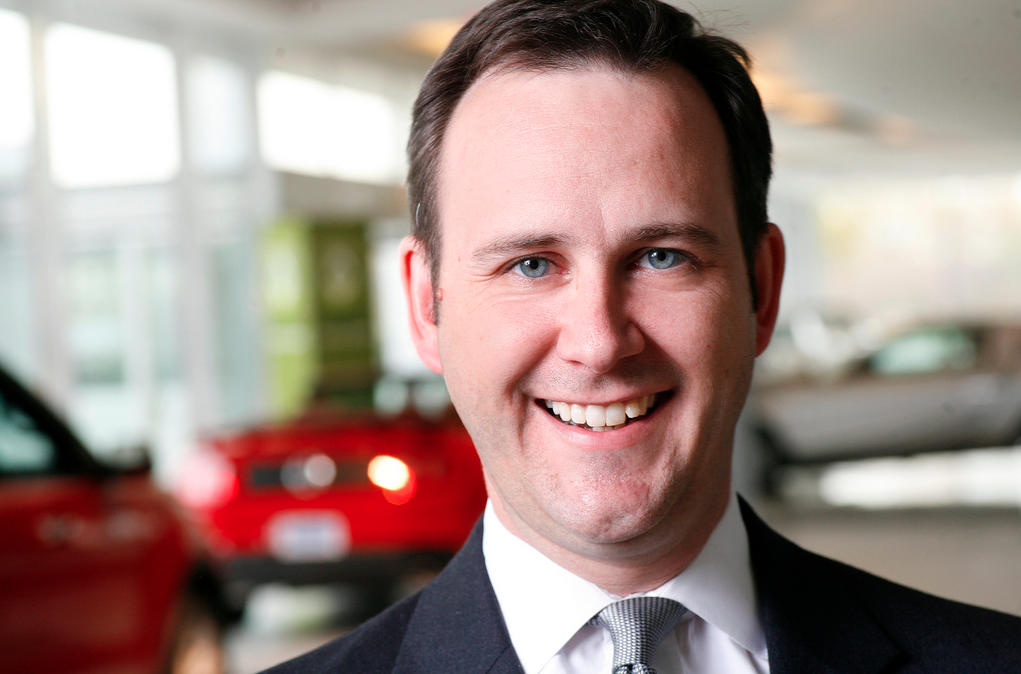 For the last few years, the Ford Motor Company has been an aggressive player in the social media scene, with an active marketing presence that spans everything from Twitter and Facebook to live events, conference sponsorships and user-created content. Scott Monty has been behind the wheel for much of this, driving the automaker’s efforts to embrace new media tools, build ongoing relationships with customers and engage potential car-buyers in new ways.

Monty is the head of Ford’s social media team, but he first came to our attention as @scottmonty, an otherwise-typical Flipboard user who had created a terrific set of Flipboard magazines to reflect his personal interests: the social media industry, Sherlock Holmes and gentlemen’s style.

That discovery led to an interview where we asked Monty to talk about his experiences as a Flipboard magazine curator. We’re pleased to share the second half of our discussion with Monty, where he spoke about his work at Ford, the automaker’s approach to social media and the evolution of marketing communications in the digital age.

Tell us about your day job.
I sit on Ford’s corporate communications team. Because social and digital media are so much at the front of everyone’s thinking now—from marketing and customer relations to information technology and human resources—we’re in high demand.

What’s Ford’s approach to social media?
Ford has a very large family of vehicles: cars, SUVs and trucks, in small, medium and large sizes, to serve a global market. We speak to many different brackets of customers, and they each use digital media differently.

We strive to accommodate that, but in general, what’s worked well for us is maintaining an ongoing conversation with our fans by providing interesting content. New car launches or reveals are often one-day events, but when they happen, we already have relationships in place with our fans so we don’t have to start from scratch.

How do those relationships work? Do you view your audience as a particular demographic, or do you categorize them as owners of a particular kind of vehicle?
Sometimes those are the same thing, but not always. With a car like the Ford Fiesta; that initially launched with the idea that it was targeted at Millennials. That group has turned out to be a core piece of the customer base, yet later we also found out about an older audience of Boomers and Empty-Nesters who no longer need a big vehicle to haul around so much stuff. Both of those groups are very active online, but in very different ways. Millennials tend to be active socially and as content creators. Boomers may be on the exact same platforms, but they consume content in a more passive way.

Let’s follow that example. With a vehicle like the Fiesta, how would you approach each group—even if you are talking about the exact same car?
We always have to acknowledge where people are. For Millennials, that might mean being more active on Tumblr, while Boomers might go for something more “traditional” (laughs) like a blog. There’s a different language that we use with each, as well as a different mix of media, and a different way we balance visuals with text.

Circling back to that notion of having a conversation with potential customers…how do you activate that? What do you talk about when you’re trying to nurture a long-term relationship with an audience?
It’s tough, because we’re in the business of selling cars. That means we can’t talk about just anything, and we can’t just yuk it up for no good reason. Yet at the same time, consumers don’t want to be blasted with a whole lot of advertising or marketing-speak, and it can’t all be just about us. If you do that, people get bored pretty quickly.

It’s a bit of an art, really, trying to balance the conversation between us, and them, and others. It’s a lot like being at a cocktail party: you find the appropriate entry point to talk about yourself, but it’s also about doing a lot of listening and responding to the cues that come from the culture and environment around you. We respond to news, and memes and trending keywords, because a big part of creating relevant conversation is making sure you are topical

Does Ford do the actual work to maintain those conversations, or do you work with outside partners or ad agencies to keep them going?
A lot of the monitoring and analytics are done by our agency partners, because they’re really good at flagging things for us. But in this day and age, if you farm out all those capabilities, you’re going to lose.

I mean, there’s a reason why I’m an active blogger, and podcaster, and user of Twitter, Tumblr, Facebook, Pinterest and Flipboard. You have to be in it to win it, as they say, so we do a lot of the work internally to ensure that our own people are actively engaged with all the new platforms. We have to understand what we’re dealing with, so that when an agency makes a recommendation, our team can make informed judgements.

Against that backdrop, Flipboard magazines are the new kid on the block. Where do they fit in to all this?
In my world, everyone talks about real-time marketing, and brands functioning as publishers and the importance of a newsroom mentality. But not everyone has the resources to actually do that. For many companies, Flipboard can be the brand magazine that you put together with broad content from a variety of interesting sources — and you don’t need 1.5 full-time employees to do it. Anyone in the organization can do it, just by collecting the content they know their customers will find interesting.

As a culture, where do you think we are in terms of our relationship to social media? What role does it play in our lives, and what do we expect from it?
There are two ways to answer that question: From the vantage point of an average consumer, and from the point of view of an active practitioner.

From the standpoint of an average consumer, I think we’re in a good place now. In general, the mainstream user understands social media and how to use it. They know there is a lot of negativity out there, but they also understand that social media is basically just a giant microphone that picks up everything that everyone says. Particularly with all the recent news about Edward Snowden and the National Security Agency, there’s clearly a larger conversation going on about security and privacy, and what we share with whom and when. We are in a spot where most people understand all this. You have billions of people on Facebook right now, and when every TV show has a hashtag or a Facebook page, you know we are pretty well saturated.

As a practitioner, I’ve been doing a lot of rethinking. I may even rebrand my personal Social Media Marketing Blog by taking the words “social media” out of the title. From where I sit, social media has become so commonplace that there’s not much need for it as a specialty anymore.

Frankly, it’s about something broader now. It’s about digital communications strategy, new platforms and new ways to tell stories. The world is moving beyond social and beyond mobile. There won’t be separate channels as we go forward. From here on out, it will all be just about communications.

You can check out Monty’s magazines below. 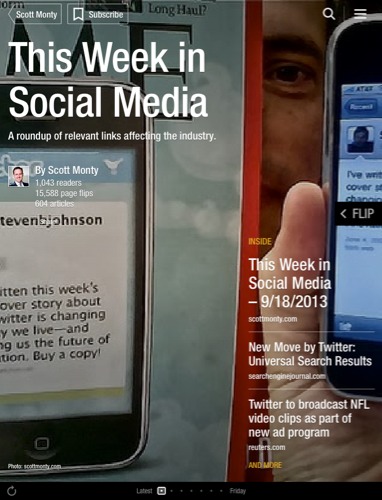 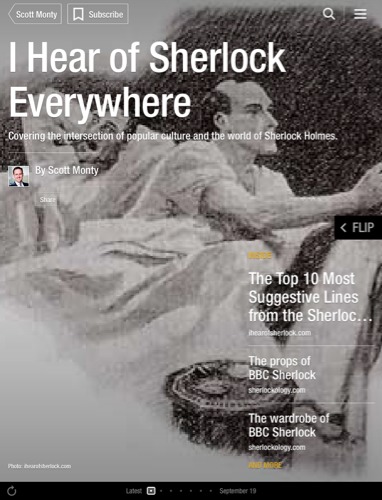 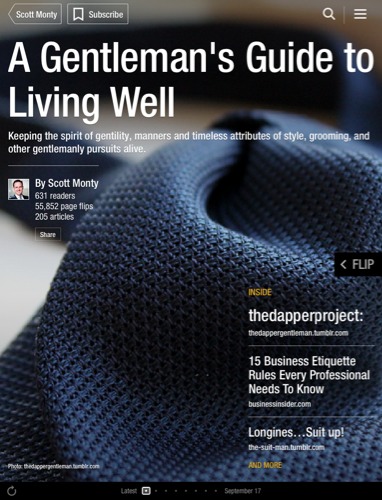