On the Red Couch With Grammar Girl Mignon Fogarty 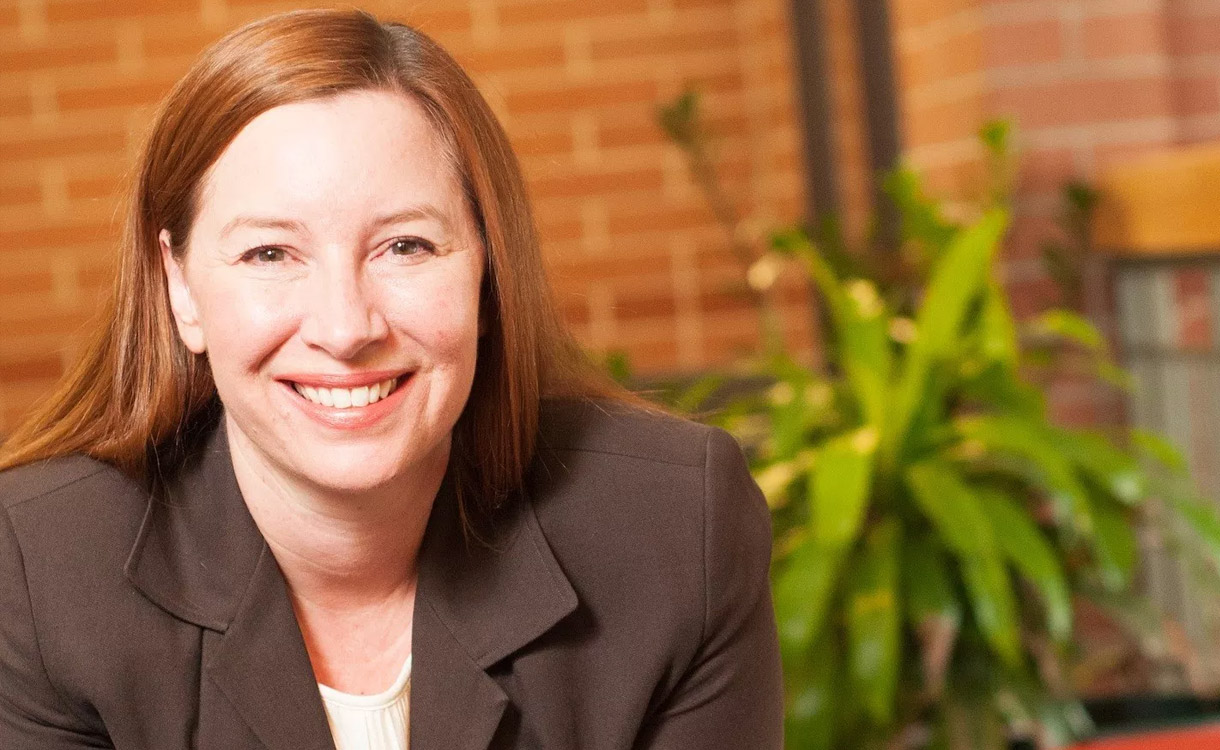 Who better to talk to for National Grammar Day (March 4) than fellow word nerd Mignon Fogarty, the creator of the award-winning podcast Grammar Girl’s Quick and Dirty Tips for Better Writing? If you care at all about the English language, you’ll find an instant kinship with a woman who can turn grammar topics into enjoyable—and memorable—nuggets that will make you a better writer, speaker and dinner party conversationalist. Her podcast and its related empire have been lauded by iTunes, CNN and Oprah herself.

Growing up in rainy Seattle, Fogarty always loved reading and writing. She majored in English, worked at her school paper, and embarked upon a career in science writing and editing. It was then that she realized that all that looking up “nit-picky little writing rules” could actually make for a good podcast. And the rest is as exciting as a perfectly placed (but never overused) exclamation mark…

Let’s start with the etymology of your first name, Mignon. That means “cute” in French, right?
It does, you’re right! It’s a family name. I was named after a flower called the mignonette, which was my great-great grandmother’s favorite flower.

What are some of the most common mistakes you see these days when it comes to grammar?
There are so many! When I was working as an editor, I found that my writers didn’t know the difference between “which” and “that,” so that was one of the very first episodes I did. “Who” versus “whom,” “affect” versus “effect,” how to use a semicolon—those are some of the old standards that come up again and again that people always find helpful.

To make it fun and interesting, I’ve broadened the topics that I cover a little more, because I’ve been doing this for more than 11 years. You can only talk about semicolons so many times, so now we often talk about fun English idioms and where phrases come from. Just this morning I posted on social media an old article we did about the phrase “one fell swoop,” which it turns out comes from Shakespeare’s “Macbeth.”

Yeah, I was listening to your podcast about “Tom Swifty” this morning and I was thinking: how do you go so deep on the research of these things?
Isn’t that fun? Oh my gosh, I love that. My favorite part every week of doing this show is doing the research because I always learn something unexpected or interesting. Like, I didn’t know the person who created the Tom Swift books [Edward Stratemeyer] was the same man who’d done The Hardy Boys and Nancy Drew—that was really fun to learn.

And then you just stumble across interesting things sometimes. Last week, I was doing homophones, homographs and homonyms, and I was just looking up the etymology of random words. It turns out the word for “match”—like if you strike a match to start a fire—if you go far enough back in the etymology, it’s related to the word “mucus” because it has to do with a wick hanging down from a candle, and the wax dripping from the wick looks like snot. It was just the weirdest etymology I think I’ve ever come across, and it made me laugh for hours.

Over the years I’ve developed probably 15 sources that I use 98% of the time to produce the show, so I know where to look for etymology and idioms and things like that. I always stumble across something fun. I remember when I was looking at the origin of the word “harbinger” and I discovered that in the royal family long ago there was a knight harbinger who would go ahead of the king’s retinue and find lodging for the company that was following with the king. So there was a knight harbinger, but then there was also someone called the “keeper of the swans,” which was completely random and entertaining. Our language is so rich and fascinating and old that there are interesting stories almost everywhere you look. 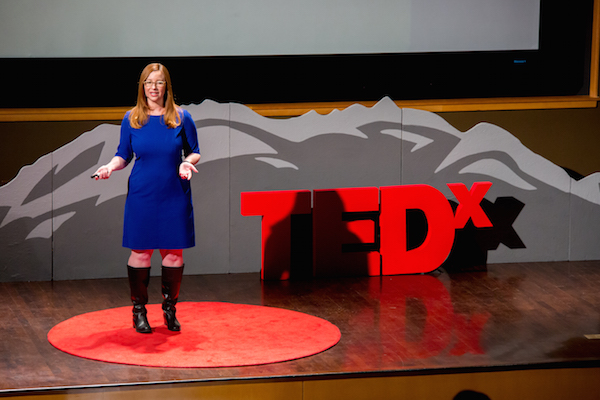 How do you think new forms of communication are helping or hurting our language and our understanding of grammar?
Well, I think it’s allowing us to have more fun with language—like memes and all caps and doge…I know a lot of parents worry that text messaging abbreviations and social media are ruining their children’s ability to write, but I don’t think studies back that up. I think what’s happening is that we’re seeing much more informal writing become public. So if you looked at the messages students passed to each other on paper 30 years ago in class, they would look just as bad as the text messages that people are doing today.

I’ve always wondered about the etiquette of correcting someone’s grammar. Do you run the risk of being “that person” if you correct someone’s grammar versus doing them a favor? Where do you stand on that topic?
I never correct someone’s grammar unless they ask me to, or if I’m in a position, like I’m someone’s boss or a teacher or a parent then I will, but I never correct anyone else’s grammar. To me, it’s the same as going up to someone and saying, “That sweater looks really bad on you.” I would never do that—it’s rude! So unless it’s for work or school or some formal mentor relationship, I don’t really think it’s appropriate.

What trips you up in terms of grammar? Like, what are you still learning yourself?
Oh my gosh, I cannot spell the word “bureaucrat”—every time! But I have this trick that I love. So now with voice recognition on your phone, if there’s a word that you can’t even get close enough for spell check or autocorrect to get there, you can turn on the voice recognition and just say it into your phone, and it’ll give you the spelling. I think everyone has that word where they can’t even get close, and I’ve found my phone to be especially useful in those situations.

That’s genius! Do you have any other techniques or mnemonics for helping people to remember the tough stuff?
I do. Most of my shows are actually based on giving people a quick and dirty tip to help remember all the different rules because there are so many things that can be confused. I’m trying to think of an example. So, if you’re trying to remember if the phrase is “home in” or “hone in,” you can think of a homing pigeon—the correct phrase is “home in,” H-O-M-E, and I always think of a homing pigeon bringing home a message and homing in on its destination.

What’s your go-to grammar style guide? How do you think about the different ones, and what are your essential books for writers?
Whenever I’m putting together a show, I always check the AP Stylebook and the Chicago Manual of Style because they serve relatively different audiences and sometimes they do disagree. That’s usually a good point/counterpoint. (There’s nothing wrong with AMA or APA or anything like that, or MLA, they just aren’t the ones that I’ve been as familiar with.)

As sort of a general style guide, I also really like Garner’s Modern English Usage—it’s very complete, and that’s helpful for me when I’m trying to find an answer. And then if I could pick a fourth one it would be the Merriam-Webster Dictionary of English Usage. That provides the best history of language and writing rules, so I love the historical element of that book.

And then of course, I have books, like Grammar Girl’s Quick and Dirty Tips for Better Writing. I should probably mention that!

You can listen to the Grammar Girl podcast on Flipboard via this magazine. You can also follow topics like writing, grammar and podcasting for more stories about some of the things Fogarty is passionate about.