On the Red Couch with Hollywood Life’s Bonnie Fuller 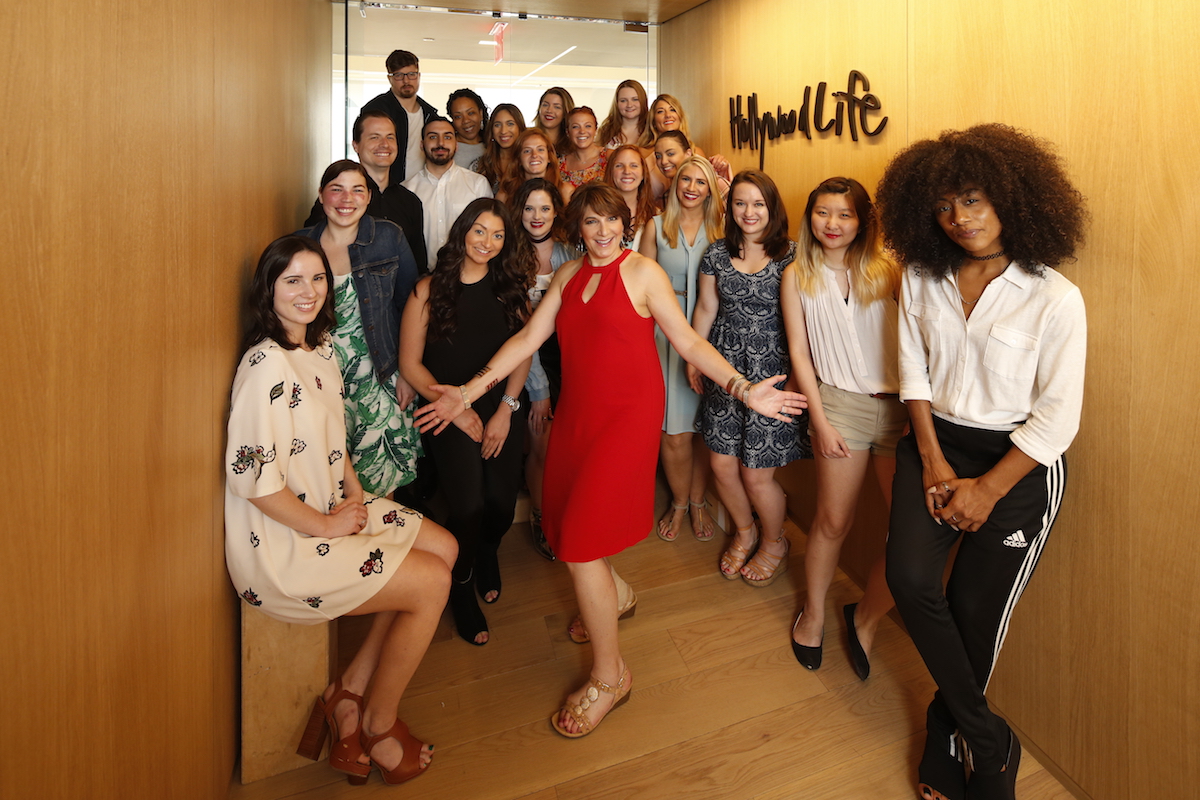 Fuller and her team. Courtesy of Hollywood Life

Here at Flipboard, our love for magazines is real and deep. In this case, I’m talking about the printed things that arrive in the mail, fill up our grocery carts, and are purchased before a flight. Those meticulously crafted paper packages are still a big part of what drives us here today. So when the chance to interview legendary magazine editor Bonnie Fuller came up, I said, “Yes please!”

Fuller’s career mirrored my own media diet as I came of age. Her first role as Editor-in-Chief of an American periodical was at YM, a magazine for young women that was the oldest girls’ magazine in the U.S. From there she launched the American version of Marie Claire before succeeding Helen Gurley Brown as the head of Cosmopolitan in 1996. She helmed Glamour from 1998-2001, and then landed at U.S. Weekly, which she transformed into required reading for celebrity watchers. She eventually headed to American Media Inc., overseeing titles like Shape and Natural Health, and relaunching Star into a glossy magazine.

Now she runs Hollywood Life (which you can read on Flipboard), a celebrity site with 36 million monthly uniques catering to (mostly) young women in their teens, 20s and 30s. She also contributes her expertise to enough media properties to fill up a newsstand.

How do you make sure Hollywood Life’s coverage stands out from other celeb sites?
By being very focused. Our audience comes to us for the very latest. They want to know everything about their favorite stars and they can be obsessive about it. They want news that may not have broken elsewhere, so we work hard to get them exclusive information about what’s going on in the lives of the stars they love.

The hardest thing about being digital rather than a magazine is that your news spans the whole world. As a magazine editor, I used to be competing with all the other titles for young women that were on the newsstands—and that felt like a lot. But now, our young female audience has got the world at their fingertips, so it’s important to have exclusive stories, video clips, and interviews.

You just relaunched your site. Tell us about that.
Well, most of our readers have barely read magazines; they’re just digital natives, so it was important to give them something cleaner and easier to navigate. When we started in 2009, mobile was maybe 45% of our audience; now on some days it’s over 80% so the site needed to be much cleaner, clearer and easier on mobile. Plus, desktop, mobile and iPad had to load much faster because this is a young woman who will wait for nothing.

How has the pace of running a digital publication affected your process and your life, especially compared to your previous roles?
Even less sleep than before! I think it was good to have four children because I got really used to living without a lot of sleep. It just never ends. We learned with Hollywood Life that we had to get started early; we have writers and photo editors that start at about 6:30 in the morning in New York, and we’re going until about 2am in L.A., seven days a week. We’ve got a national readership; when they wake up, the first thing they do is pick up their phones and check what’s going on, and they fall asleep with their phones in their hands. So, you really can’t stop. 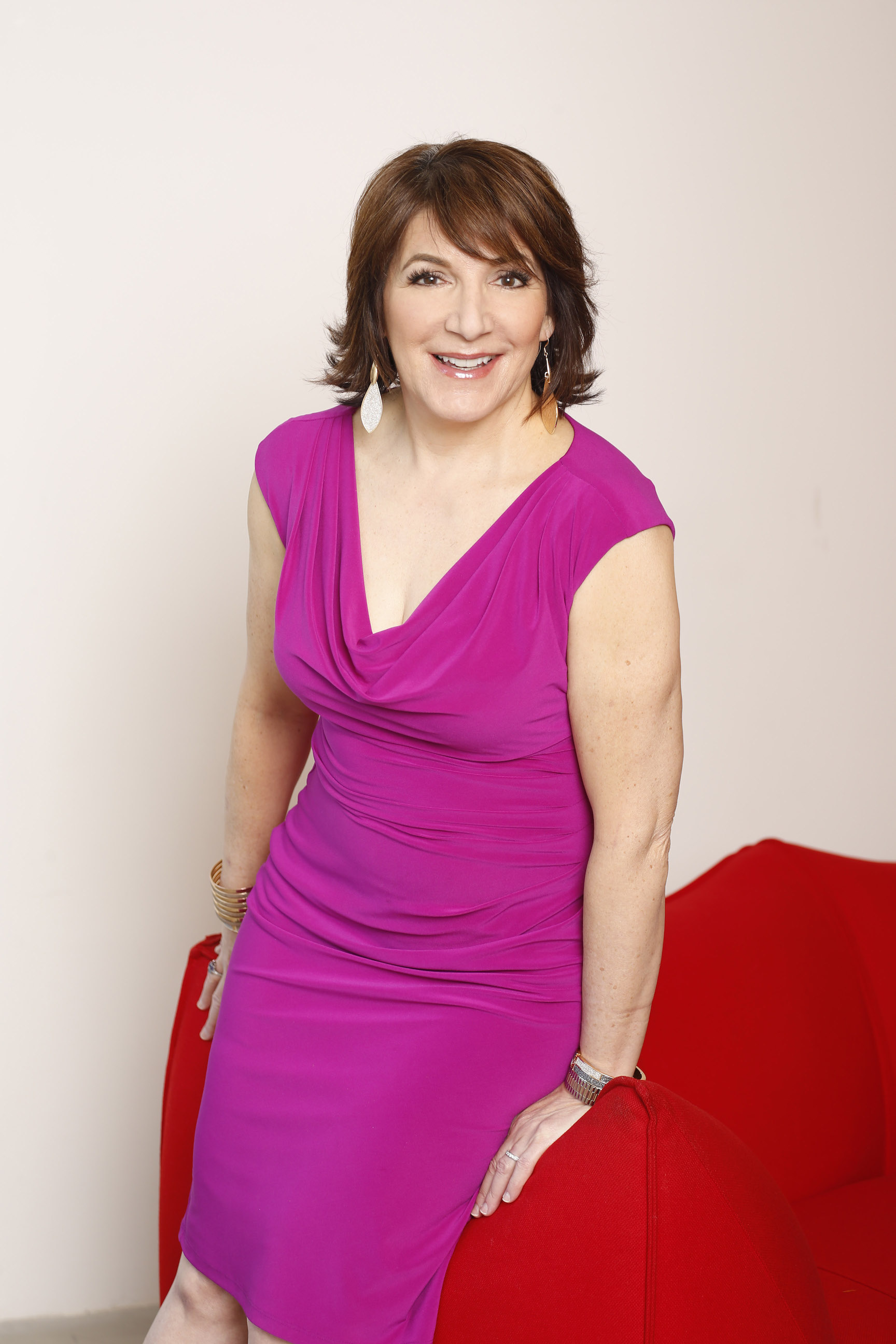 I’m curious about how social media itself fuels your content. How do you keep up with what celebrities are posting?
Many of my editors and I have got Twitter on all of the time. Every day, one of our reporters is in charge of watching social media all the time, and our photo editors are constantly on social. On Instagram, Snapchat and Twitter, celebrities are breaking news constantly, whether it’s posting their engagement or wedding photo, the first photo of their child, confirming a relationship, or starting an Instagram or Twitter war.

So who is in the cast of characters that Hollywood Life cares about, and how do you explain how they got there?
Something I noticed a long time ago, when I was doing monthly magazines, is that celebrities are really role models for women. At first, there was a perception that they were fashion and beauty role models, and that idea goes back decades to the dawn of the movie era. What’s new—and something important for Hollywood Life—is that now [young women] look at celebrities as role models for every aspect of their lives, whether it’s decisions about how they conduct their relationship to how many children to have and when. We can tell, as we report on people, who [our readers] are most interested in at any given time, as great role models or sometimes as kind of a warning.

I would say at any given time it’s about 20 or 25 celebrities [we cover intensely], and there are certain people who are constants and have been constants for a few years, like Selena Gomez, Kylie Jenner, all of the Kardashians, Rachel Lindsey (the Bachelorette), the Love and Hip-Hop cast, Beyonce, and Rihanna. At certain points, somebody will become of interest because of a big news event, so we’ll write about that person for a while and then interest may fall off. Some people are fixtures and others come in and out.

What have been some of your most popular stories?
In general, happy events are popular, and I think that may contradict perception, but our readers love to see women being happy and making a romance work and finding a partner that they love. They really like that because they hope to find love in their lives and have a great relationship and a family.

An enduring [romance] for the past couple of years is Gwen Stefani and Blake Shelton. They’re really fascinated by that because Gwen and Blake both went through difficult breakups and divorces, fell in love with each other, and seem to be in a very mutually respectful relationship. They’re very positive about each other on social media and in person, and it just seems like a relationship of equals. They’re very interested in pregnancies, and  also interested when very public celebrities get into very public disputes with each other because it’s like a real life soap opera. But I’d say overall it’s the happy events in life that they gravitate most to.

What fascinates you about celebrity news and what’s hard about it?
What fascinates me about celebrities is that they are so important in pop culture; they really do move the needle. Celebrities really help usher in a more open, accepting, and diverse culture and social world—which is why the whole world of celebrity is so different or at odds with the president and what he’s doing. He’s not supportive of American pop culture right now because American pop culture influences everybody, particularly millennials, and they are so accepting.

The other thing is that female celebrities have lead the charge in acceptance for women no matter their shape or size or skin color or hair type. When I was getting started in the magazine industry almost 30 years ago, most covers were blond, blue-eyed, skinny models. That was the rule and it was really hard to change. But now, magazines have covers with women of all different ages, sizes, and shapes, and also popular celebrities and women who are considered beautiful come in all those shapes and sizes and backgrounds. I think that is a result of women identifying with all different celebrities as role models and accepting them and being proud of them and then proud of themselves.

When you look back on your career, what do you think you could have done differently or better?
Probably going to digital even earlier. It was clear when I was at American Media that digital was the future, that newsstand sales in the weeklies were starting to decline, and websites were doing better and growing without a great design. The signs were there, and a couple years later, the pattern started in the monthly magazines.

Who have been some of your mentors along the way and what have you learned from them?
I was really lucky to have a fantastic editor at my first full-time job; her name was Bonnie Cornell. I was a fashion writer then; I wanted to be a news reporter but there were no jobs. I freelanced for the Toronto Star when I was in law school covering events for one of their suburban bureaus, and I really didn’t like law school so I decided to take a year off and see if I could get a job in newspapers because I loved doing that. The only job I could find was as the fashion writer for the Toronto Star, and Bonnie was my editor. She really taught me the importance of doing a thorough job covering news, doing it quickly, getting exclusive reporting and going out of the office to get stories. She taught me the importance of spelling and grammar, and that’s something I do with my own staff every day. 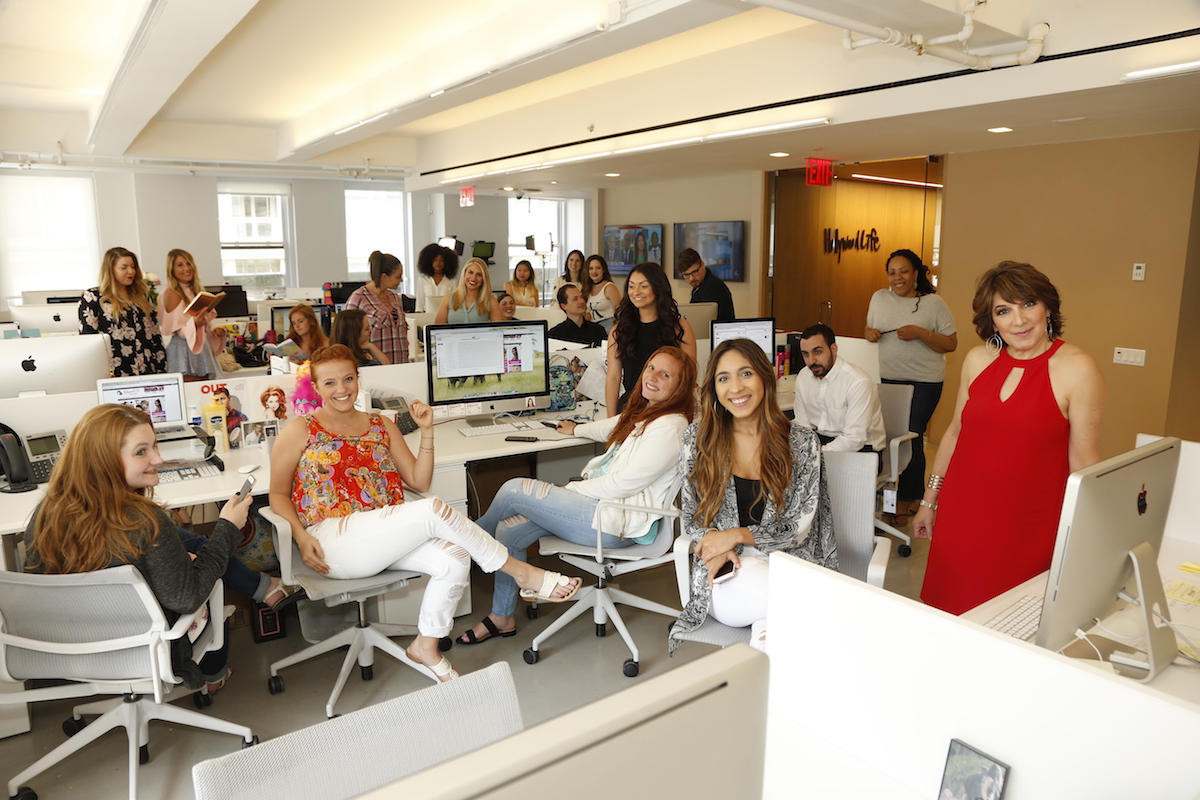 How has celebrity news changed over the course of your career?
The biggest thing is that now celebrities are going direct to their fans and breaking their news themselves. They used to be behind a wall of publicists and there used to be very little access to them. The public really believed that what made them celebrities was having a huge mystery around them.

That has been completely broken down and celebrities talk to their fans everyday just like we talk to our readers everyday. They’re very aware of their fan bases, and they love their fans and appreciate them, and they’re not afraid that they’re going to overexpose themselves. Now, overexposure only increases your popularity because fans and women want to think of celebrities as friends. They look to them as role models, they’re inspired by them, they want to feel close to them, and celebrities who are more behind the barrier, for my readers, are less interesting. It’s a total reverse in how to be a big star.

Hollywood Life is on Flipboard. Click here to read.

~MiaQ tracks celebrities she loves in her Girl Crush magazine