On the Red Couch with Home Improvement Host Bob Vila 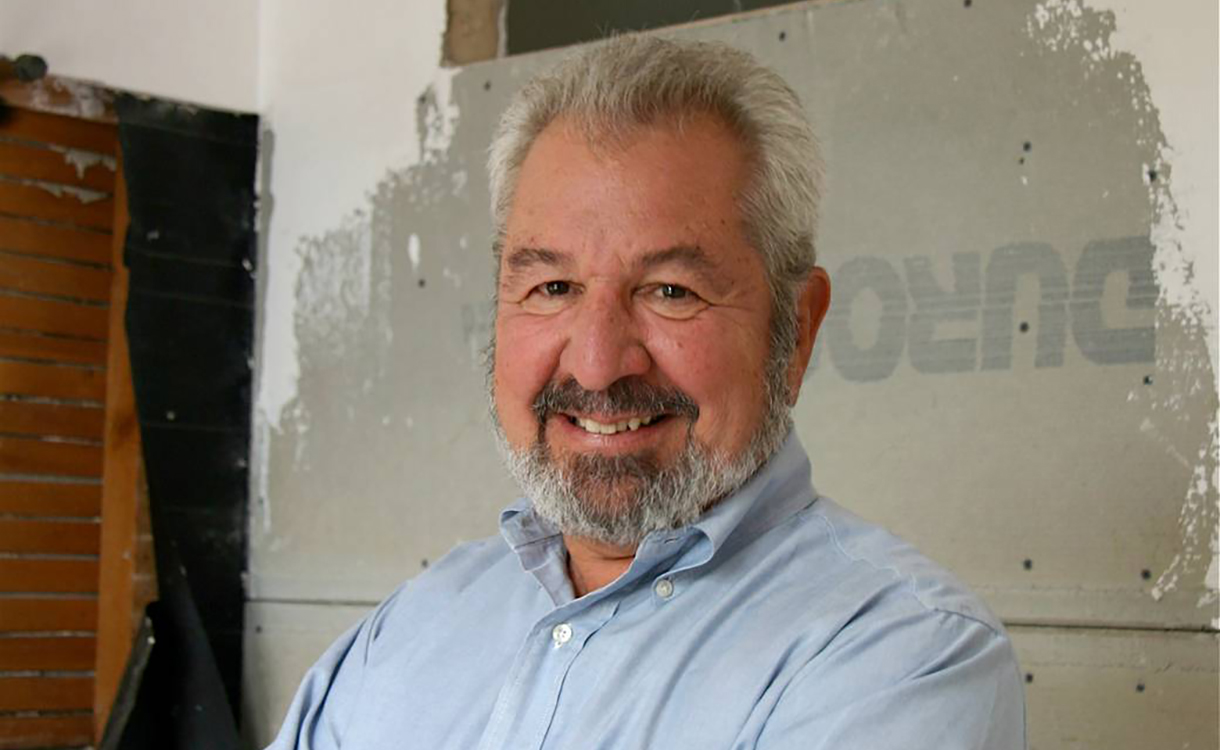 When we think of “America’s handyman,” one man springs to mind: Bob Vila. The bearded, flannel-wearing contractor/television host has been on-air for almost 40 years, encouraging generations of Americans to mix a little elbow grease with common sense and take home repairs into their own hands.

On “This Old House,” which premiered in 1979, Vila and “master carpenter” Norm Abram pioneered two movements: the do-it-yourself, or DIY movement, and reality television. The millennial generation would get reintroduced to Vila on “Home Improvement,” a sitcom playfully pitting Vila as a rival to protagonist Tim “The Toolman” Taylor, a home improvement show host played by actor Tim Allen.

These days Vila is on the Web—BobVila.com, to be exact. Under that powerful brand name, the site produces a steady supply of blog posts, articles and ideas related to home advice—not to mention episodes of “This Old House”—much of which can be found in Vila’s Flipboard Magazines. We spoke with him about being a TV star, what he thinks of today’s home improvement shows, and the weird stuff he’s found in 40 years of digging through people’s homes.

Your father built the house you were raised in. Do you have memories of him fixing the house up?
It took him a couple of years. It was finished at the end of World War II, around 1948, when I was a toddler.

One of my earliest memories is the bathtub. It was a new tub with a damaged side, and he was happy to get it. It was a scratch coat of cement, and I remember when it magically changed into blue ceramic tiles by the age of 4.

My recollections of those years up until I was 10 were that, during most of his offtime, my father was doing projects, finishing the bathroom or kitchen, or doing improvements.

The reason I ask is because that kind of talent seems almost genetic. If you don’t grow up with that, it poses a problem. Do you agree?
My son would attest to that. He’s a builder and developer here in New York and Florida, and certainly grew up with tools and projects, and pictures of him sitting in a crane at 4. If it’s in the family, there’s a good chance it’s getting passed along. These days you can just as easily learn, provided you have the interest [laughs].

You joined the Peace Corps after college. What made you want to serve, and what did you learn?
The killing of JFK was one of the pivotal aspects of my youth, and that made me want to be a Peace Corps volunteer. I was invited to join and serve in Panama City, Panama, in early ’69, working there in urban communities for a couple years. I helped communities of squatters get proper titles and services, like electricity, roads and sewers. It was a very wonderful and rewarding two years. It taught me a lot about the necessity of building infrastructure that served the needs of people.

When you returned to Boston, you won an award for your restoration of a house, which led to a TV show. Do you have a sense of why? How did you feel about starring in a show about home renovation in the late ’70s?
At first, they approached my wife about filming at our house. We thought it would be good publicity for my contracting business. We gave them a tour of a finished restoration of a hundred and some odd year old house, and that pilot never sold. WGBH, the producer in Boston, got feedback from different funders which suggested they do a nuts and bolts, how-to show, and hire the young fellow with a beard—me—to host.

I read a profile of you in The New York Times that said that 73% of all living Americans could recognize you. How does it feel to be so well known?
I had all sorts of miraculous things happen to me in those years. Winning an award gave me a tipoff that something unusual was about to happen. Within a few months we’d gone national on NPR and public TV, and continued to get nominated for awards. I started getting fan mail and being recognized on the streets, etc.

It’s something that builds gradually. I think, for me personally, it was not problematic. Yes, you come to the realization that you’ve lost something—namely, anonymity—but how it affects your wife and children is a different matter. While never having been truly negative, it has been at times somewhat invasive.

Everyone handled it well, though. The kids figured that if they walked 50 feet ahead of me at the airport, it wasn’t a problem.

I, like other millennials, know you best from “Home Improvement.” What was in it for you? Were you conscious of your impact upon this particular generation?
By the time “Home Improvement” came along, I was already on my second stage of my media career. I had become fully intent on regaining my anonymity and continuing my real business, which was contracting and real estate development.

I quickly realized that wasn’t going to happen since so many people were knocking on my door. I partnered with Sears in Chicago and also became a Craftsman Tools spokesperson. By the time Tim Allen’s show, “Home Improvement,” came along, I was very invested in my media career.

At first, I was flattered that someone was making a sitcom that vaguely had something to do with me. I quickly understood that this was going to open up a whole new audience for myself and the franchise. I think it was a key part of building a brand during those years.

And I’ve just accepted a new advertising campaign for the Web called Go-Gurt Garage, which are basically three spots, more than ads, promoting Go-Gurt in a comic way, targeting 6 to 12-year-olds. I look at this as another way to open up a whole new generation to my brand, which is strictly on the Web these days. Of course, I’m still available on reruns of “Home Improvement,” but BobVila.com is where everything is.

Short answer: I’m very aware and grateful for the impact Tim’s program had on my longevity.

How do you feel about being one of the first people to have made home renovation TV so popular, and how do you contrast it with the new shows today?
I’m glad we did it. I’m glad we kind of started this interest in home improvement and restoration. At “This Old House,” we were restoring 100-year-old wrecks, two years after the Bicentennial, which brought a ton of attention to the importance of restoring old houses. I think that had to do with our success, and with inventing the field of DIY renovation.

The shows these days are vastly different from the ones I used to do. They have the use of all sorts of editing technologies, which consequently speeds up the process and glosses over the pitfalls, producing an end result in 20 minutes—whereas we used to do it in 13 programs. They’re less instructional and educational, and more, if you will, “aspirational.” Sometimes I think they’re doing a wee bit of a disservice by making certain things seem as if they’re attainable, ignoring the fact that some things are dangerous and shouldn’t be done by novices.

One aspect that your show had, which I feel is missing from many shows, is a strong historical component. When going to all these old properties in New England, I’m wondering if you’ve found interesting artifacts?
Oh, yes. There are always artifacts to be found. I found an 18th-century shoe in an old house, and what was actually an 18th-century bidet in what was then the Virginia governor’s mansion designed by Alexander Parris. We couldn’t figure out what it was, and then someone said, “that’s an article of, um, hygiene.”

We’ve found corkscrew, newspapers, bottles, etc. It was much easier to find things in the ’70s. I remember buying a brownstone—I won’t tell you how cheap it was [laughs]—and found old toys, letters, lacquered steamer boxes with these curious little “LV” logos on them. In the early days of houses, people moved and often abandoned stuff they thought was garbage, which the average antiques dealer would definitely not consider garbage today.

You’ve created great magazines on Flipboard. What do you want people to come away with after checking out those magazines?
Everything we do has to do with inspiring people and getting them to think about problem-solving on their own. Much of what we put in has to do with topics that have had success on site, and when we talk about something like “7 Room Layout Mistakes Almost Everyone Makes,” we want them to understand “room layout”—the opportunity to help people think about layout, how they arrange their furniture, whether they live in a loft or studio apartment, is a terrific topic. It will inspire them to keep returning to look at other things we’re proposing or entertaining people with.

Check out Bob Vila on Flipboard. 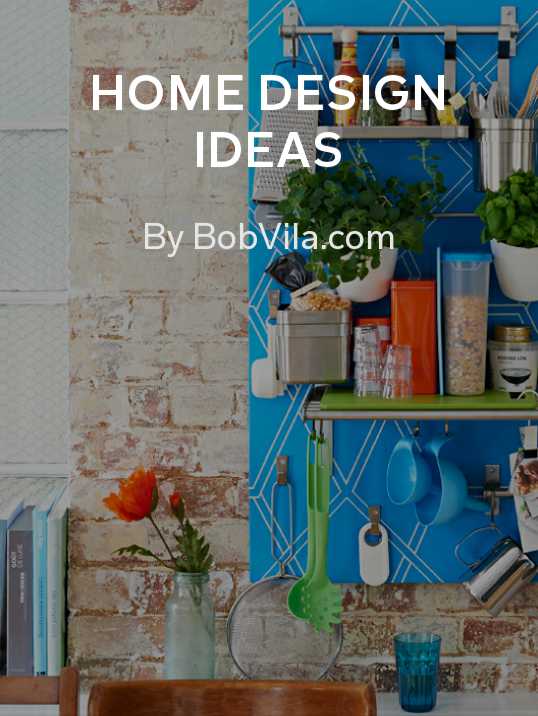 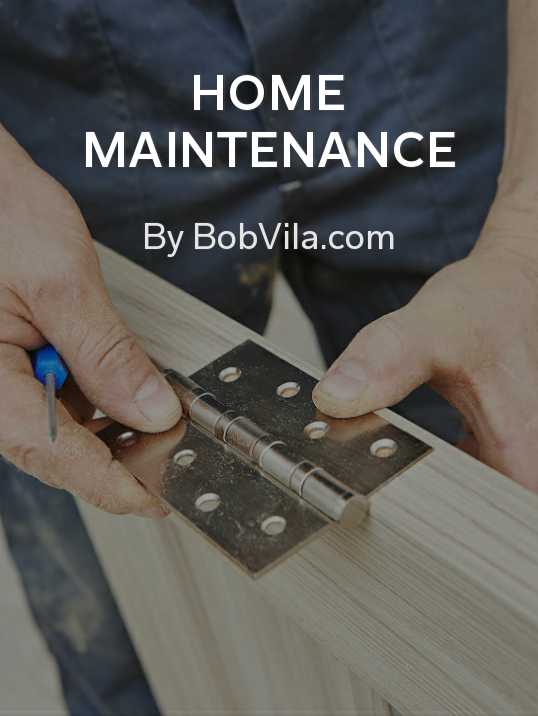 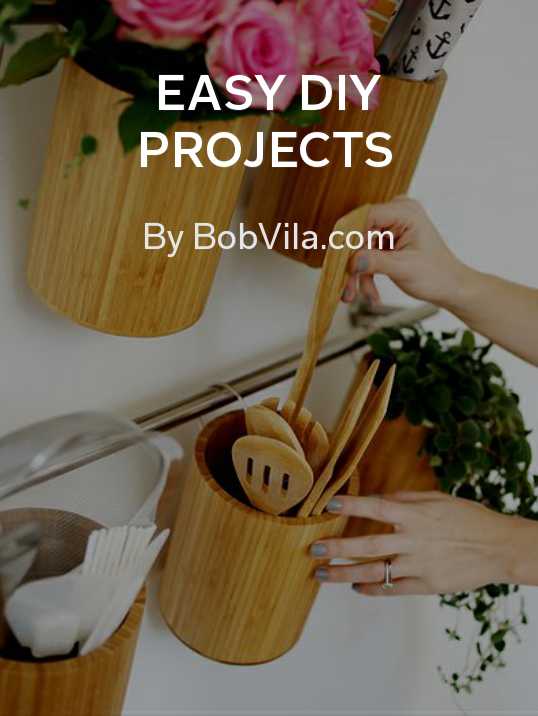