On the Red Couch with Inc. Editor Eric Schurenberg 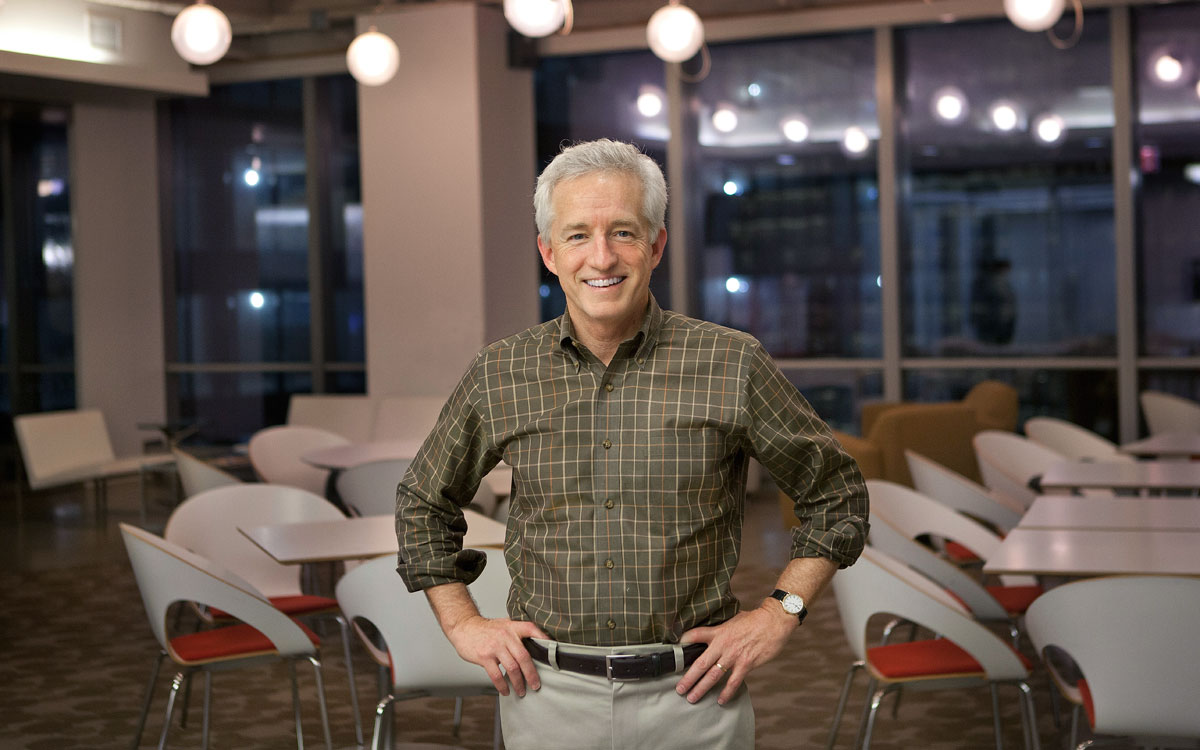 Before he was appointed editor in chief of Inc., the bible of small and medium-sized businesses, Eric Schurenberg served as editor of the definitive personal finance magazine, Money, and held some of the best posts in business journalism at places ranging from Fortune Magazine to Business 2.0. He oversees the small-business magazine Inc., a 35-year-old publication that provides news, advice and commentary on running and growing a small business.

We spoke with Schurenberg about how he got into the business of business reporting and what makes this economy different from others.


You’ve been covering business for 25 years. What got you interested in covering that field?
I wasn’t. I was interested in getting a job and that’s what was available. But once I got into it and realized the drama and the intellectual kind of challenge, then it became interesting in a way that talking to intelligent people or learning a new topic is fascinating and engaging.

What went into composing the Hire Power Award List (launched earlier this week)?
It recognizes the biggest job creators, which are overwhelmingly small businesses. We have some tremendous stories of companies that are creating tens of thousands of jobs during an extremely weak economy with high unemployment—and are creating for people, who would’ve just been happy to have a job, serious careers.

We did three things: examined our own database of fast growing small businesses; invited other companies to apply; and tracked job creation press releases at 50 state governors’ websites.

What makes today’s economy stand out from eras past?
Politics. There have been times when the actions of the Fed or Congress have made a difference to the economy but I’ve never seen anything like the fiscal cliff or like the Summer of 2011 (with the debt ceiling crisis), where political gridlock so affected consumer confidence of the market that the U.S. Treasury debt was downgraded. When I started in this profession it was absolutely unthinkable; it was a punchline of a joke and then it happened and it was all because of politics. The bitter gridlock—the animosity between the parties—I’ve never seen anything like it.

The startup scene is exploding out of Silicon Valley and into cities all over, spawning companies left and right. Are we as innovative as ever, or has it become easier to pursue an idea and create a business out of it?
Both. The costs of starting a company, because of technology, are so much lower and the potential to scale something, thanks to the Internet and the spread of mobile, is also astronomical. The other thing is that there is a lot of venture capital money sloshing around. These investors want to get into the action and realize they need to get into it sooner rather than later and can fund a lot of companies with the same million dollars that they used to fund only one or two companies in years past.

What are some of the biggest challenges facing small businesses and entrepreneurs?
Hiring. The business owners who read Inc. and are members of the INC 500 are often focused on growth, and, related to growth, have a problem finding qualified people. When they talk about finding people, they talk about things that are perhaps different from what you might expect. Not â€œI can’t find enough skilled Java programmersâ€—rather they can’t find people with communication skills, or people who are reliable or have a basic quality of personality.

How has the environment changed for small business to thrive?
Never before could you have had a billion customers like Facebook does. It’s unthinkable. And to have a small slice of that, like Instagram or other companies that have been in the Facebook ecosystem, that is an incredible amount of customers to reach, that is the most striking difference in the environment. You can go viral in a way that just wasn’t possible before the Internet became the major communications medium.

What He Reads:
Both Sides of the Table: A blog from Mark Suster, a former entrepreneur turn VC who offers a lot of good advice.

Don’t forget to check out Schurenberg’s magazine Inc., made for Flipboard.

And as a bonus, a new curated section dedicated to small business now on Flipboard.

What He Reads:
Both Sides of the Table: A blog from Mark Suster, a former entrepreneur turn VC who offers a lot of good advice.

Don’t forget to check out Schurenberg’s magazine Inc., made for Flipboard.

And as a bonus, a new Flipboard curated section dedicated to small business.