On the Red Couch with Jo Piazza, Co-Author of The Knockoff 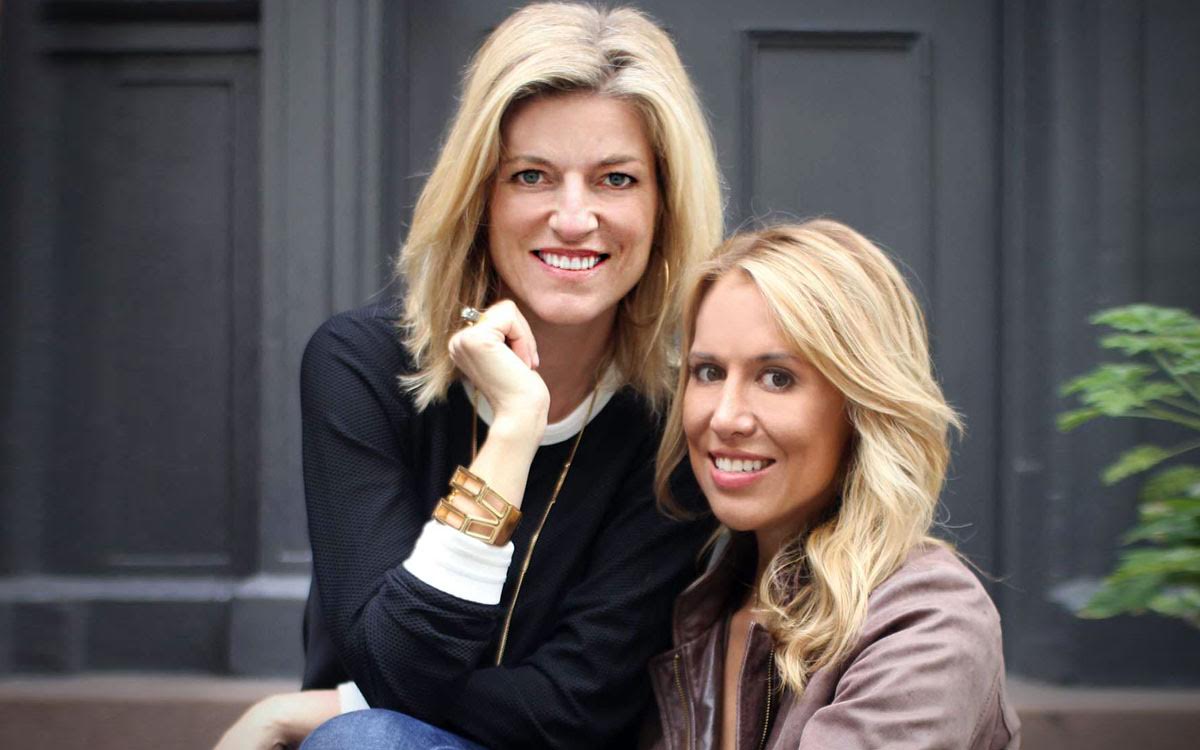 Is it possible for a “beach read” to be breezy and playful while skewering ageism, sexism and several other “-isms?” Enter The Knockoff by authors Jo Piazza and Lucy Sykes. Set in the competitive world of fashion media, the book focuses on Imogen, the 40-something Editor-in-Chief of Glossy Magazine. Recently back from a hiatus to find her former intern, Eve, running things, she feels betrayed, and more importantly, old and out of place. Eve has turned the magazine into a “digital sweatshop,” where hackathons, dance marathons and Twitter are parts—not perks—of the job.

To say the authors are intimately familiar with such a scenario is an understatement. After having kids, Sykes, the former Fashion Director of Marie Claire, worked at a tech startup and felt flustered by the level of tech expertise exhibited by her millennial coworkers. She coined the term “tech bitch” as a way to characterize the level of empowerment and egomania at hand.

Piazza, the former managing editor of InStyle, wears that term with pride. At 34, the current Managing Editor for Yahoo Travel has been an early believer in the “digital revolution,” having written critically about the Internet and fashion for The Wall Street Journal, Glamour and The New York Times.

Together the women are also curating Glossy, a Flipboard Magazine full of content about “inspiring women, wearable tech and ways to maintain a healthy perspective on the things that really matter.” We spoke with Piazza about being a “tech bitch,” combatting cattiness in the workplace, and why your next mentor will be much younger than you.

Why write a book about the relationship between technology and fashion?
The idea was Lucy’s. She had worked in magazines for years and then left to have kids. Then she started working for a tech startup and was in this company with a bunch of 24-year-olds who could do anything on their smartphones with the wriggle of their noses.

She felt left behind and came up with this concept that was All About Eve meets The Devil Wears Prada called “tech bitch.” Lucy had read a book of mine, and we met at a party. We met up for a drink because she said she had an “idea for a book,” and at first I thought, “Ugh, everyone has an idea for a book.”

But I met her anyway. We had French 75s, which is Champagne and gin, at the Jane Hotel in Manhattan. From the second she said “tech bitch,” I got it. She asked if I wanted to talk about it, and I said, “No, I want to write this book with you. Now.”

Lucy is that kind of “tech glitch,” a woman in her 40s who didn’t think she had to use email. She’s always had assistants. Meanwhile I’ve worked in digital for the past 10 years and get pissed when someone refuses to go on Twitter. I’ve had to be the one to come into newsrooms and say, “This is a digital revolution and here’s what you have to do.”

Which is what made this a great pairing because we could create these robust worlds together because we both understood them so well.

Besides the French 75s, what motivated you the most?
It’s something that everyone—including my mom—can relate to. We’re going through a new industrial revolution where there’s a generation of people who don’t know what to do. It’s either adapt or die out.

We wanted to tell that story with a strong female heroine in her 40s, especially because we don’t think anyone is writing women in their 40s very well right now. Dealing with ageism was also a big point of this book—fuck ageism. Let’s talk about skill and experience and women in the workplace. Some people even suggested that the protagonist, Imogen, should be in her 30s. We said, “No, she’s in her 40s. Because women in their 40s exist.”

Historically fashion magazines have been little more than catalogues. Do you think people have ever really cared about fashion stories, or are they just looking for outfit inspiration?
Some people. Not me. It was a joke between Lucy and me: I would show up to places in my pajamas. I had to get dressed at parties by the brand because they thought I would show up in yoga pants.

Some people take it ridiculously serious. There are young women who are quite literally obsessed with the world of fashion.

And I think that’s great. Fashion can be an art form and a great way to express yourself. Digitally it’s become a lot more interesting. I’m obsessed with this one blogger who only has 37 pieces of clothing in her wardrobe.

It’s the Marie Kondo method.
I’m obsessed with that method! I’m moving to my fiancée’s one bedroom apartment in San Francisco. And I only have one tiny closet, so I’m Marie Kondo-ing my entire life. You can have a uniform these days.

I actually think the Internet is making fashion more accessible to people like me who don’t give a shit. I think for so long, and Lucy has a different attitude about this, but fashion was inaccessible. I can’t touch that; I can’t afford a $5,000 bag. But on the Internet you can be honest about things.

That honesty has also translated to a certain meanness online—cyberbullying—which is something your book talks about. What is it about the Internet that makes some people so insufferable?
I think that people don’t have inhibitions online. Their worst selves easily come out. It was important to Lucy and me that we conveyed a strong dichotomy between characters. One character, Imogen, would get ahead by being kind. We talk about ambition and doing anything to get ahead at all costs, and no one talks about doing the right thing and being polite and helping other women.

The other character, Eve, is the truly most evil character I’ve ever written—which made her fun to write. She’s such a sociopath. It was hard to get into her brain sometimes because she truly has no moral values, but fun because you think about what these kinds of cyberbullies are like. When we were kids, there were consequences to bullying. Now there are no consequences because no one knows you’re doing it—it’s that reptilian part of your brain: if you have no consequences, that’s allowed to run wild.

I’m so terrified of raising kids in this world now. My fiancée and I talk about how when we have kids, we should just get an RV, drive around Australia and homeschool our kids. But then they’ll be the “weird kids.” So I don’t know what the answer is. Maybe we just shouldn’t procreate.

In your Letter to Readers in the Flipboard Magazine you guys made, you made a reference to The Devil Wears Prada. That book reinforces this idea that women are catty.
Yes! And wanted to avoid that in this book. We wanted to show women helping other women.

We have to get rid of the cattiness and the idea of the alpha female. The new buzzword for women has to be “cooperation” as opposed to “wild ambition.”

So what exactly is a “tech bitch”?
It’s two things: it’s that bitch in your office who thinks that technology is going to solve e-v-e-r-y-t-h-i-n-g, who shames you for not knowing, who thinks they’re better than you.

On the other hand, it’s in the Beyoncé way: it’s a way of owning it, and saying we’re all in this together. The book starts with only one character being the “tech bitch,” and ends with both of them being the same.

Given how quickly tech evolves, how do we make sense of things?
People should pick what feels authentic to them, and do it. Lucy doesn’t tweet or use Facebook. But she’s phenomenal at Instagram. That’s her thing. I’m not so great on Instagram, so I tweet and use Facebook all the time. It’s figuring out what works for you, and I do think you should understand things. Accept that your next mentor will be younger than you. 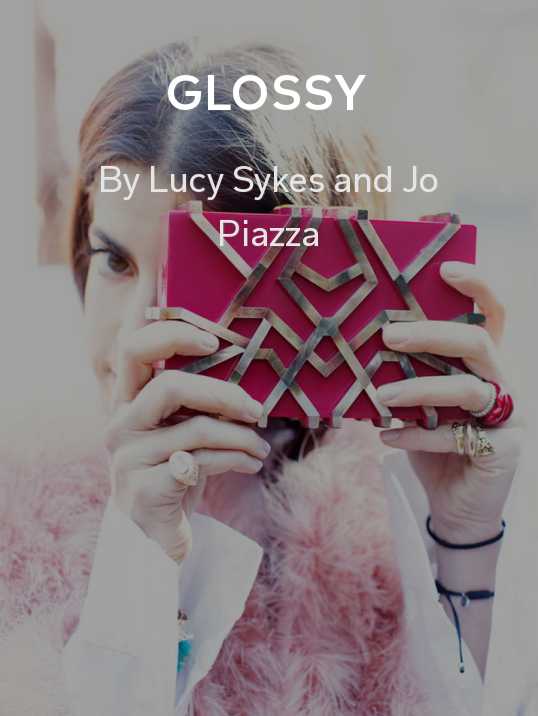