On the Red Couch with Lonely Planet Founder Tony Wheeler 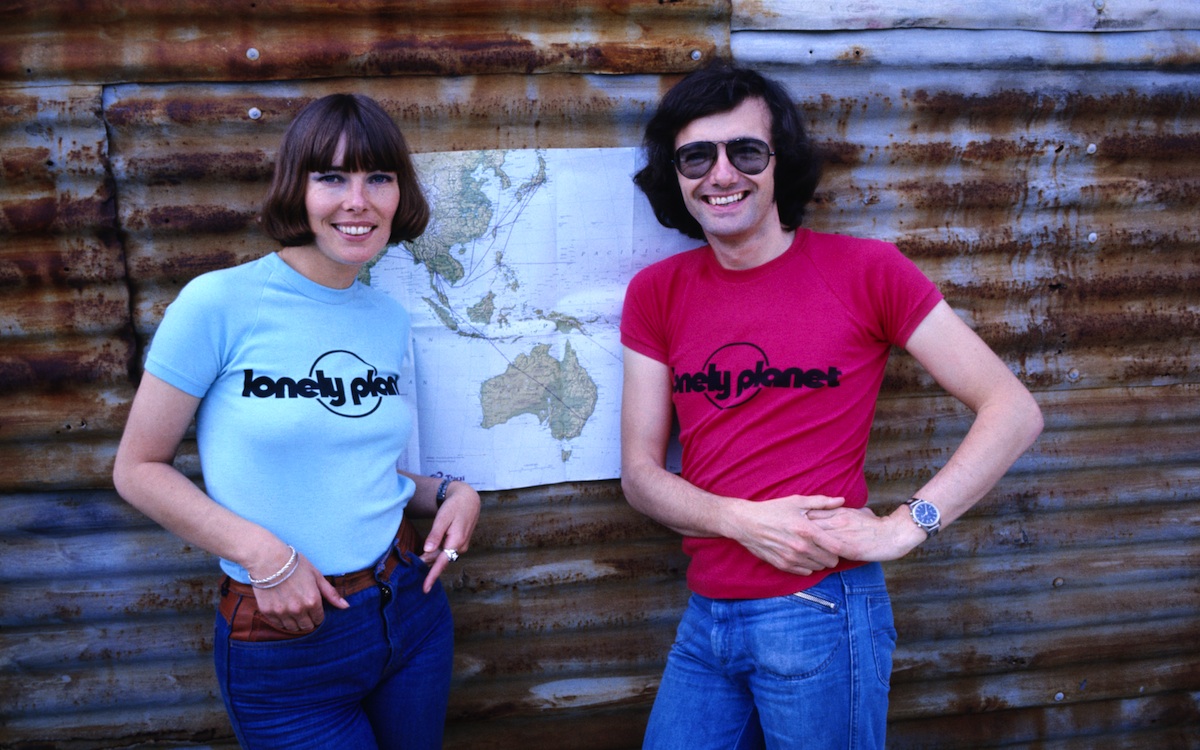 Tony Wheeler and his wife Maureen together founded Lonely Planet in 1973.

After completing his MBA from the London School of Business in 1972, Tony Wheeler and his wife Maureen decided to take a year off and spend their honeymoon traveling. The plan was to go see the world and get travel out of their system before settling down.

Forty years later, Wheeler, who also has a degree in mechanical engineering, has kept at it, having trekked across more than three-quarters of the world’s countries and building up the travel guide empire Lonely Planet.

After the couple’s overland trip from England to Australia, they wrote and published “Across Asia on the Cheap,” 94-page pamphlet that sold for $1.80 and answered the many questions they received from friends, such as: “Where did you guys stay? What did you eat? How’d you not get sick?” The first edition of Lonely Planet was born in 1973.

The esteemed travel guide is celebrating its 40th birthday this year, so we invited Wheeler to our red couch and asked him about what it’s like being a parachute artist, traveling into “dark lands” and if he ever asks for directions.

What’s the satisfaction you get out of travel?
There’s never a day where something new or fresh doesn’t come up. It can often be very uncomfortable but it can never be boring. There’s a lot to be said to that. I don’t like being bored.

Did growing up in a household that moved around help you in becoming a “parachute artist”?
I think moving around can make you an insecure person and I think in some ways, I was an insecure person. Every couple of years I was the new kid. But looking back, I think I quite enjoyed it. I was always fascinated by geography and maps and that element of travel.

You’ve traveled to some less touristy areas, places you call â€œdark lands,â€ like Papua New Guinea, the Congo and North Korea. What has that been like?
Well, you realize that what you read in the media is not always correct, generally not correct.

The places are never as bad as they make it out to be. It’s interesting to go to places with bad reputations. Pakistan, the Congo, Palestine, Iran—I had a wonderful time going to all those places, Iran especially.

I came back. I was like, what is it all about? Great people, wonderful history, drinking tea, quoting poetry, drinking alcohol illegally—shame about the nuclear weapons.

How do you prepare before traveling to a new place?
I will always look at a guidebook. The next place that I’m going to in the next few weeks is Capri in Italy, so I’ve taken a look at a few guidebooks, have a glance at that, and have a little idea of where I’m going before I get there.

What are your thoughts on traveling with someone vs. traveling alone?
I would say the great advantage of traveling by yourself is that you never have to argue with anyone and go through conversations like “Dammit, you chose this hotel! We should’ve chosen that hotel,” or “Why are we doing this?” or “Why haven’t we found a restaurant?” or “We are wasting our time here.”

If you travel by yourself, you can kick only yourself if you’ve made the wrong decision.

Having traveled for 40 years now, what’s the one piece of advice you would’ve given yourself when you first trekked out to Australia in 1972?
Don’t miss some great opportunity, because you may not get to do it get again. Don’t sit around thinking you’ll come back around to do it.

The thing I always bring up is when I was in Afghanistan in 1972. I could’ve gone up to Bamiyan from Kabul to see the Bamiyan buddhas. I have been to Bamiyan since, but after the Taliban destroyed them. Quite a regret in my life—I’ve have many others in my life, but that’s one.

How has sharing your travel stories changed?
We used to subject people to slideshows when we came back. Now they’re being subjected to Twittering and Facebooking and emailing—it’s the modern equivalent of making yourself obnoxious when you travel.

With the advent of technology and travel startups, is there much room for the guidebook?
I think that each one has its own space and to a certain extent they can coexist. Some of the stuff we were doing very early on, the crowdsourced information type of thing; people would write to us and say you should include this and why didn’t you include this.

We’re not going to read any less words than we have always read in the years to come. We’re going to do them on different platforms—not just on paper, but on phones, tablets, through the Internet. We’ll still want the information and are searching for it. It just depends on where it comes from and how it pops up.

What will you always carry with you when you travel?
Two essentials: your passport and your credit card. The other things and essentials are things you can replace as long as you have money.

Do you ask for directions when you need them?
Sure. Not in front of my wife, but I do.

Be sure to check out Lonely Planet on Flipboard: 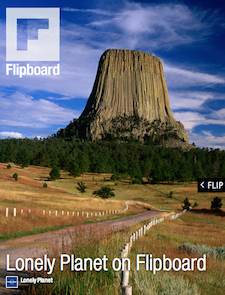 And don’t forget to check out Lonely Planet on Flipboard.