On the Red Couch with Nicholas Johnston, Editor in Chief of Axios 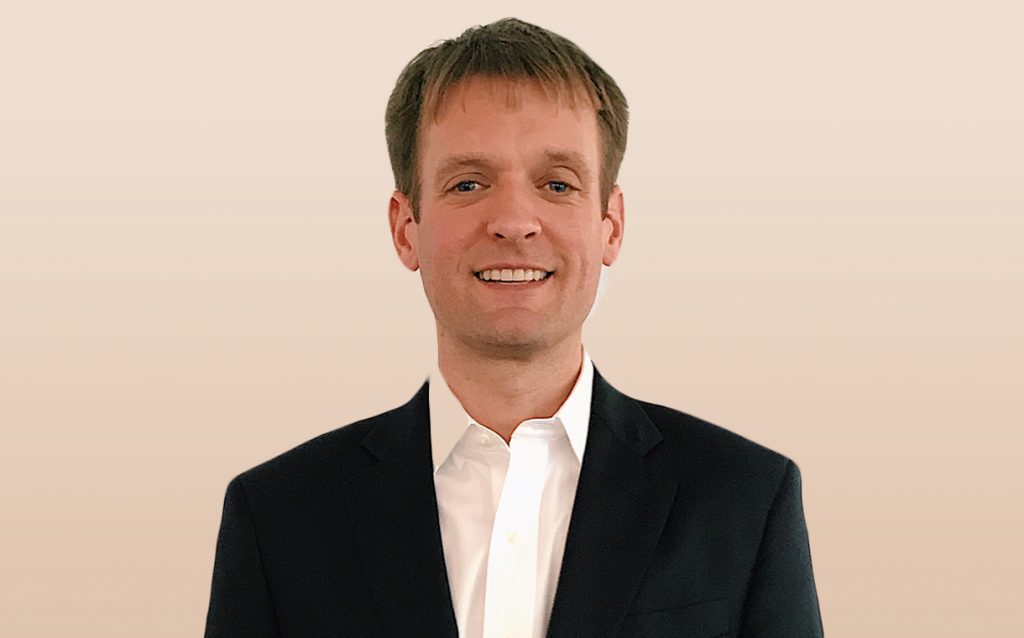 One of the best and most interesting things to happen to media during the past year or so has been Axios. Its contribution to new media? Good old-fashioned email.

The company was founded in 2016 by a number of Politico alums, including Jim VandeHei and Mike Allen, who had learned that email newsletters, of all things, actually are a terrific way to cut through information overload. They decided to build their new company on advertiser-sponsored, topical, daily email feeds. Their timing was perfect: Axios launched just before the Inauguration of President Trump, in January 2017.

The dozen newsletters are like spokes off a hub; the hub is the webiste Axios.com, which offers longer-form, web-oriented versions of the daily feeds. The site, too, is flourishing—more than 6 million unique viewers in September, per a company spokesman—compared to some 250,000 newsletter subscribers.

We recently sat down with Axios’s editor, Nicholas Johnston, to chat about the company, how it’s doing and where it’s headed. A veteran political correspondent and editor, Johnston’s resume includes stints at the Washington Post and Bloomberg. He’s been with Axios since its launch.

I’m curious how—in one year—your team took Axios from zero to 60 mph.  How do you do that?
I don’t know. It’s kind of amazing. In 366 days—366 days ago we were in a conference room with a blank whiteboard and some very smart people… And I think that’s just how you start any company: you sort of lean in and start doing.

What’s the vision for Axios for new readers?
I think our argument is that there’s a universe of people who are smart and curious and want to know what’s happening.  And they’re drowning in information, and they don’t know whom to trust, and they feel like a lot of journalism is for journalists, not for readers.

What we want to build is something that is smart and trustworthy and doesn’t waste your time. People are very curious and want to know this kind of information, and they don’t have time to sift through all these things,  and read long stories. So how can we very efficiently and quickly—our lingo is “smart brevity”—take this kind of information and deliver it to readers to make them smarter, help them live their lives and be successful.

How do you see Axios fitting into someone’s media diet?
I think it’s the entirety of your media diet! We’re not a long-form kind of place. So if you have time to read The New Yorker—when I find time, I try to read. But when you need to know things that are happening, particularly in this universe where we have politics and technology and business sort of colliding…if there’s a way to get smart, fast on that, that’s what we’re trying to do. We try to be at that central point to explain the collision of these things which are shaping the earth, to help people understand what’s happening, and how to live their lives and do their jobs.

You seem like you’ve prioritized early morning emails. Why target readers at that time?
The founders of the company are morning people. A lot of it is that we knew from the start that that’s a way to get into people’s lives. That’s a way that the founders were successful at their previous company, at Politico. It’s a way that a lot of the products were built when I was at Bloomberg.

If you catch people in the morning, that’s great. And looking at the analytics there’s spots where people wake up and they want to get up to speed on their day, so that was certainly a starting point. We have an afternoon newsletter…We’re experimenting with weekly newsletters, we’re experimenting with weekend newsletters. I think the important thing is to be hyper-receptive to what the data tells you readers want—and what they need— and go to meet them there instead of saying, “Well, we’re gonna give you this at 5am and I hope that’s okay for you.”

Politico was on a quest to win the morning—what’s Axios on a quest to do?
I think to win all of it. The story I tell about Axios’s ambitions: before we came up with the name ‘Axios,” we had an email account that was nextgreatmediacompany@gmail.com. That wasn’t an accident, that was by design.

The ambitions of the founders are really big, and we think we can come across in a big way—by listening to our readers, by listening to our advertisers, and just understanding the moment to deliver information in a way that is really effective. We’re smart, you trust us, we don’t waste your time. And there’s no reason why that mission statement can’t work for sports as much for politics.  It’s all information.

I think that’s our goal: to try and take these lessons and bring them to as many topics as we can.

What does “Axios” mean?
“Axios” is a word that I typed into a Slack channel last year while we were trying to think of a name. It means “worthy” in Greek. So, very luckily, it speaks exactly to our aspirations and to me as a journalist for the kind of journalism we create—not to trick you with click-baity headlines or make you sit through boring ads or pop-ups. Which is to say, we respect you as a reader and we’re worthy of your time.

What types of content are your readers really responding to?
There’s an enormous fascination with the Trump administration, and of course, as with any President. We find that traffics really well, and that’s sort of our sweet spot. A lot of the journalists who founded the company (and my background) was in politics. So we certainly felt that this should be an area that we would be really good at.

We’re interested, though, in pushing our comfort level and the boundaries of that. We’re seeing a lot of interest when we write about media trends and how media companies are changing… Something I’m really excited about that we’ve launched is called “Future of Work,” which we think will be a titanic collision of all types of things.

What’s a typical editorial meeting like for you guys?
Rare! We’re very new. I think the hardest thing to do in a new media startup is to build structure, which is what I’m trying to do a lot, and the news cycle can be exhausting. I think I’m very efficient on those kind of things—like our content is “smart brevity” and my meetings are “smart brevity.” We try and go very quickly because we know we need to be able to be reactive. It is something we aspire to do: be far more ambitious in our journalism and spend more time digging deeper, either using data or reporting, to tell bigger and broader stories now that we sort of mastered the initial parts of smart brevity.

I encourage journalists to think about all of those kinds of things. Any type of journalist should think, “What type of data do I need to support this?” “What kind of text should go along with this?” And if I’m the data person, I should think: “What kind of picture should be illustrating this?” “Should I be thinking about this for social?” “How am I thinking about this for video?”

No longer should we categorize ourselves and say, “Well, I just type words.” We try to think holistically about what is this information that I have, and what’s the best way to tell my reader what I know.

You’ve hired some staff supporters, and you’ve hired some new faces to lead certain verticals. How do you shape a young, hungry reporter?
That’s literally what I’m trying to figure out how to do right now. We’ve been amazingly lucky in our hiring—like Ina Fried in tech and Jonathan Swan in politics—so now I have a bunch of young reporters in their twenties who say, “How do I become Ina and Jonathan?” And that’s the mentorship program I’m trying to build, to help these people we’ve hired right out of school for a journalism job grow into brilliant, dogged reporters. I’m at the start of that—I’ll have to come back and tell you how it worked.

Did you have anyone who did that for you?
I did. I think a lot of in journalism there are people who have taken pity on me my entire career. I think back to some of the first stories I wrote when I started at the Washington Post and they were atrocious. And there were always editors, both at the post and at Bloomberg, who had to sit down and say, “What you’re doing right now is really awful, but here’s how you can do it better.”

I think we’re very lucky at Axios now to have a group of older journalists like myself, but more importantly, Jim VandeHei and Mike Allen, who take the growing and mentoring of young journalists very seriously. Moving forward, what will probably be most rewarding for me will be taking some of the young journalists I’ve been able to hire and seeing if I can turn them into awesome journalists.

How do you think we’ll look back at this time in journalism?
I think it’s going to be awesome! I think this is an amazing time to be a journalist. It’s terrifying if you’re in an organization that’s being disrupted, but the opportunities are incredible as all these things are being upended, as people are trying to figure out new ways to tell stories and convey information, and new ways to build business models on that. It’s crazy but it’s fun and exciting and I think we’ll look back at this moment and this couple of years right around here as the moment when these new ideas came forward, when a lot of people thought of ways to convey information, to do journalism, tested it, tried it, failed, succeeded—and then ten years later, we’ve built amazing organizations. I think some legacy organizations will figure it out and be awesome, and I think some organizations founded last year, this year, a couple years before, will grow up to be behemoths.

I’m sure in your role you’re constantly glued to your phone. What do you do to disconnect, to relax, to recharge?
I fail at that repeatedly. I try and move news apps off of my home screen so I have to physically go look for them. The only successful way to disconnect is to go to places that don’t get cell or wifi service, and I don’t do that nearly enough.

Do you have any favorite spots?
I took my wife to Bermuda for our anniversary and my phone didn’t work in Bermuda, so that is one of them now!