On the Red Couch with Photographer/LPV Show Host Bryan Formhals 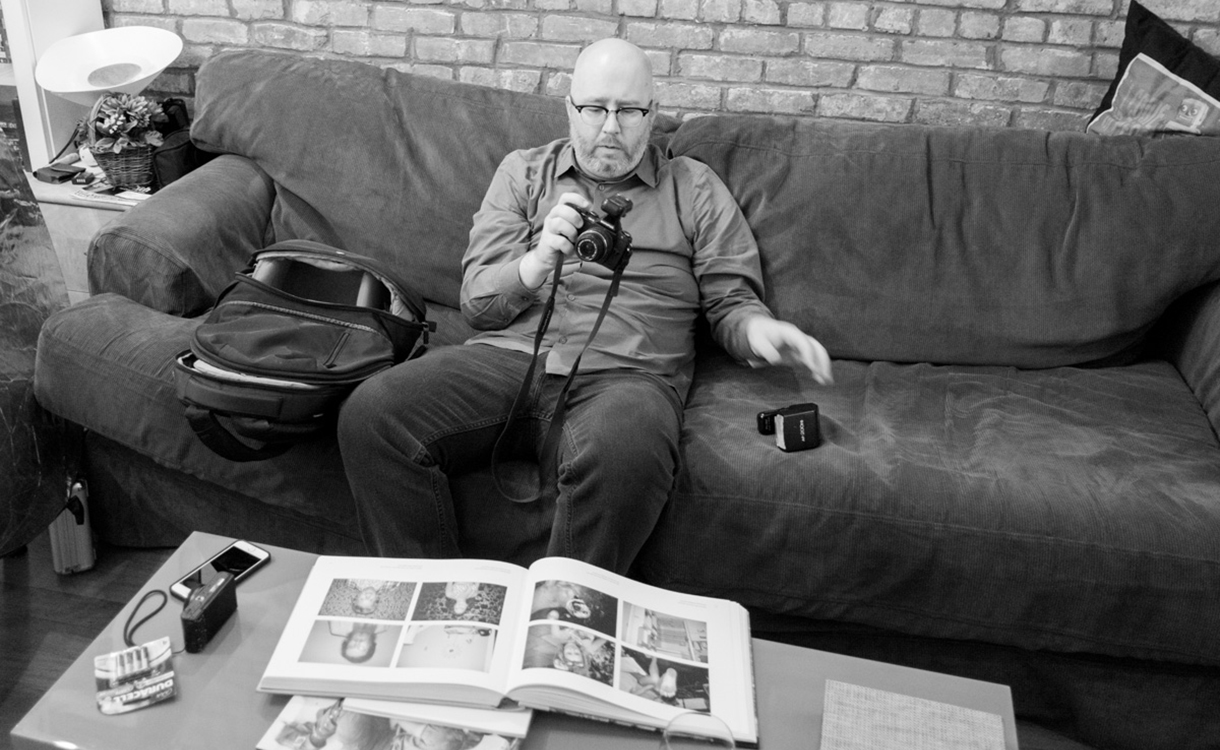 A great photograph is a mystery. It’s not something easily explained by technical or stylistic concerns. This is one of many reasons why photography has been called the “unconscious optical,” a reference describing the eye’s—and camera’s—inability to fully understand what it sees.

On the LPV Show, a conversational podcast hosted by photographer and B&H Content Strategist/Managing Editor Bryan Formhals, photographers share more about themselves than their philosophies. Started by Formhals as an extension of his online magazine, La Pura Vida, the podcast (which just launched its third season on Wednesday) grew naturally from his participation in online photography forums, like Flickr. On Flipboard, the LPV Show magazine collects many of the topics, photographers and articles featured on the show. 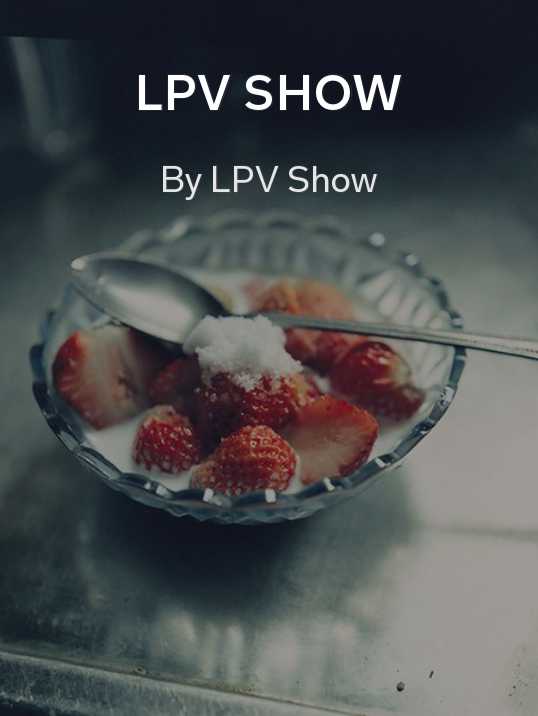 Modest, casual and with an encyclopedic knowledge of photography, Formhals knows what to say to keep his guests talking. We decided to turn the tables and ask him about his own photography, the influence of Instagram, and his favorite moments from the show:

Before photography, you were interested in screenwriting. What was that transition like? What did photography offer you that writing didn’t?
When I first picked up photography in 2005, I’d been living in Los Angeles for a year after leaving Minnesota. I couldn’t find the motivation to keep writing so that’s really when I started making photographs. It was fun and liberating. I didn’t really have any intent with the photographs at first other than to have some type of documentation of my walks but after I got hooked I realized it was something I needed to dive into seriously because I was enjoying it.

To the second part of your question, writing and photography can both be incredibly solitary endeavors. With photography, I was immediately drawn to the instant gratification of seeing my work in a somewhat final state. With screenwriting, you are really only creating a blueprint and the odds that you’d ever see the final version of that vision are very slim. With photography, I felt I had more control and it was less of a struggle. Writing is grueling and I’ve always had a hard time finding the motivation to sit my ass in a chair and grind it out. With photography, I’ve never felt that way. I’m always excited to go take a walk and make photographs. Photography puts me out in the world, where writing often felt like I was stuck within myself.

How does the Internet influence you as a photographer?
Connecting with other photographers through the internet was the primary way I was introduced to photobooks and the history of photography. I never took any classes or studied formally. Finding people on the web who were on the same type of journey as me was critical. It’s always important to find a community. The internet also allowed me to consume an incredible amount of images on a daily basis.

Looking back I think I probably should have taken a class at some point! 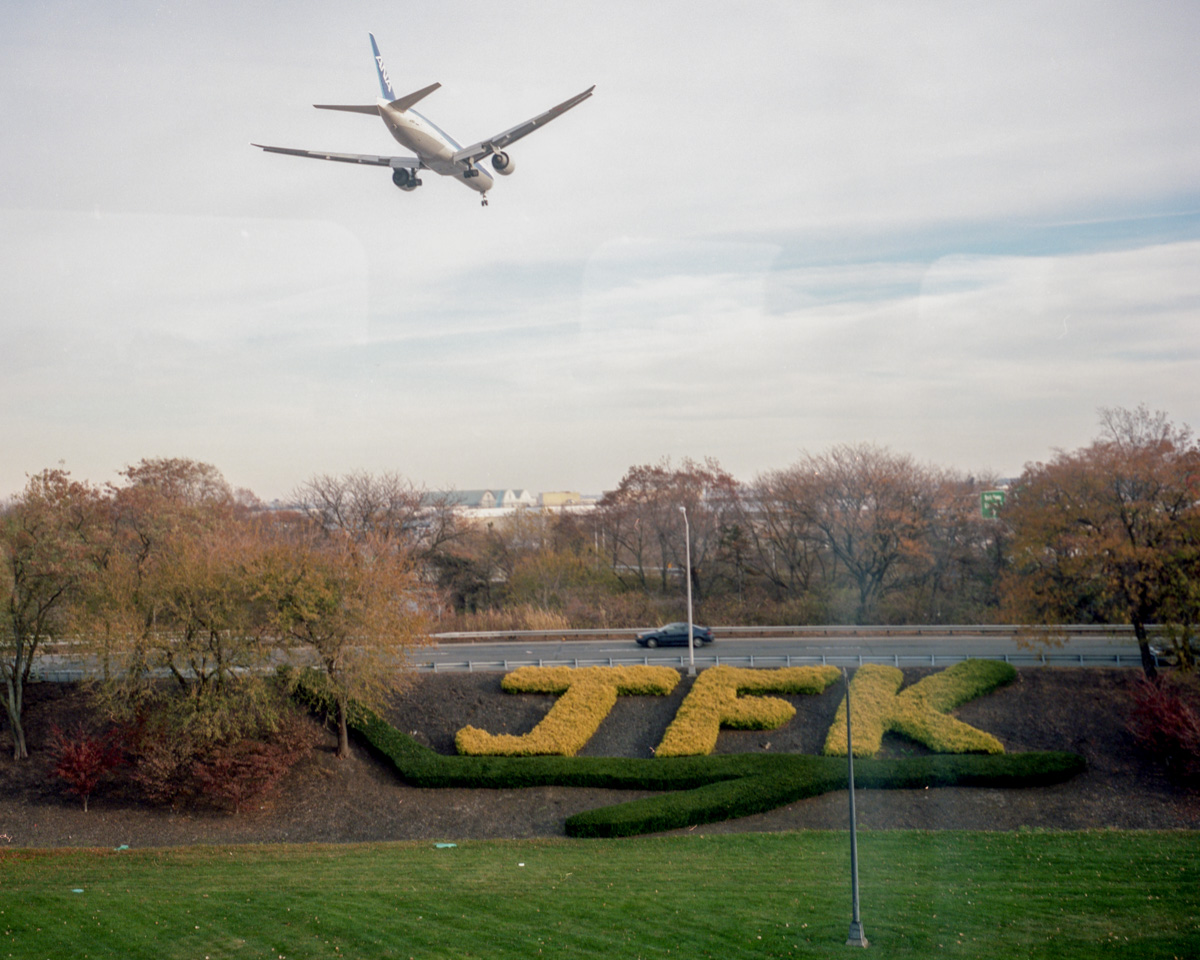 What inspired you to start LPV Magazine and, later, the podcast?
LPV Magazine grew out a Flickr group and blog I started. I wanted to explore putting photographs into the context of a print magazine. At that point, I felt just sharing photographs on the Web was too easy so I wanted a challenge.

After seven issues, though, I started to question the purpose of a photography magazine that was essentially based on the whims of what I was finding on the web. I had no vision for the magazine. There was nothing urgent about it so I gave it up. Publishing is very difficult.

I became interested in podcasting because I’ve always felt the most interesting ideas I’ve encountered with other photographers came from when we were chatting over coffee or a beer. Those conversations were always thrilling and inspiring for me. These days I’d much rather talk about ideas with other photographers than try to write essays or do text interviews. I’m also interested in the archival nature of podcasting. My co-producer Tom Starkweather puts it nicely when he says, “It’s a portrait of a conversation.” I like that idea.

When you interview a photographer on the show, what are you most curious about?
I’m most curious about their influences and their process. And often, the most interesting influences have nothing to do with photography. It’s thrilling when a guest teaches me something about science, literature, music or some other discipline. The show, I hope, has a strong educational aspect to it. I hope people come away feeling like they’re a little smarter than they were before they listened. I know I do after each episode.

What have been some of your favorite moments from the show? What episodes should first time listeners listen to, and why?
Oh man, this is difficult! First, I don’t actually listen to the episodes so I’m really just left with the memories of the conversations and as we all know memories are unreliable. But, here are the episodes I think people should listen to and why. In no specific order: 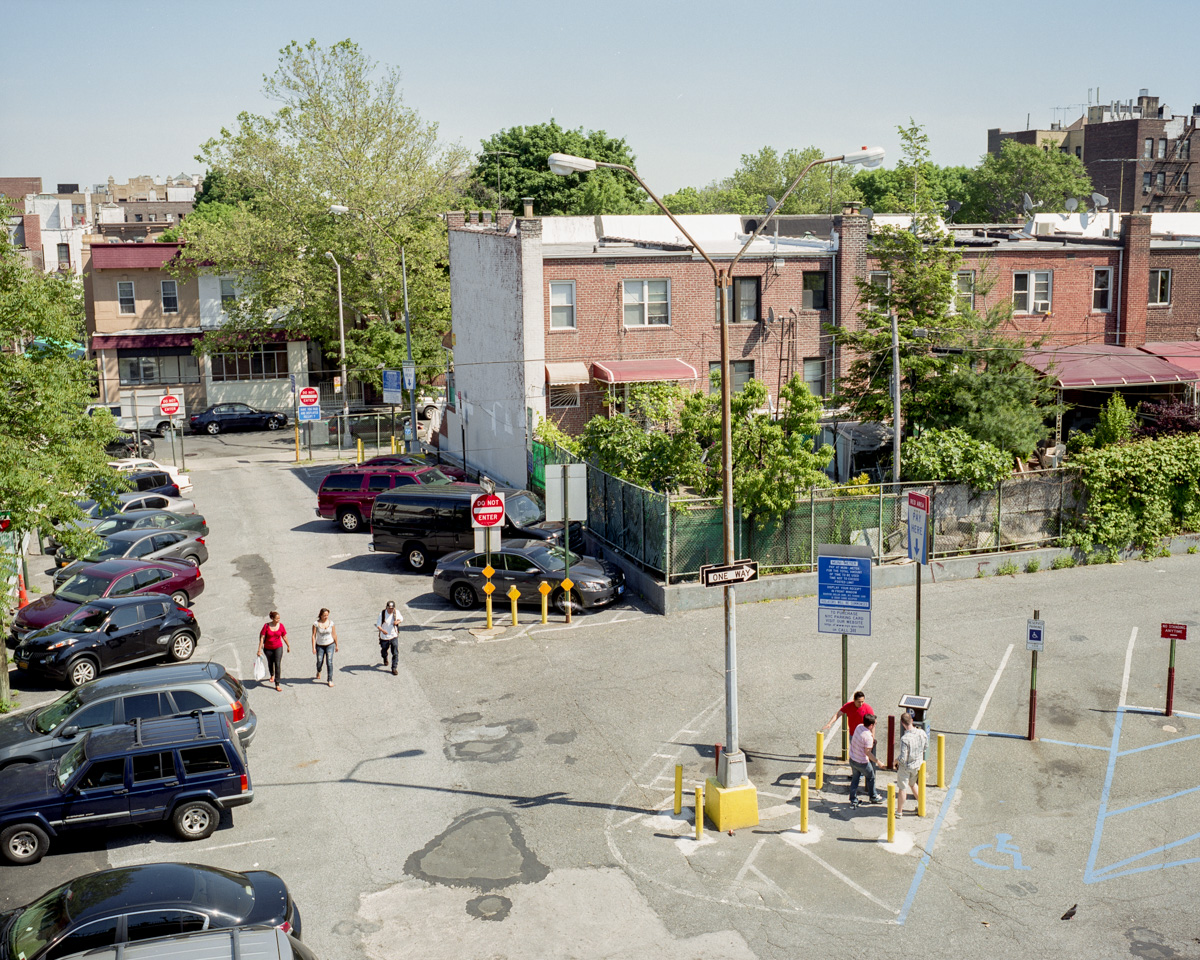 I tend to believe that having more people creating and sharing art and media is important even if it fragments the marketplace. There’s certainly an element of exhibitionism to some types of photography you find on social media but I don’t get hung up on that or the vernacular images people share to communicate their daily lives. Again, I think it’s good that more people are communicating their experiences using photographs.

I like Instagram. I use it everyday. I like staying connected with people through those daily photographs and in my feed I see a decent variety. But I think all the ads are annoying! I mean, I’m seeing 15 second car commercials these days. Come on! I don’t want car commercials in between people’s snapshots. It’s vulgar, but that’s the business model, I suppose. You’d think the geniuses in Silicon Valley would be more inventive when it comes to business models.

I do like the photographs, though. It’s fun to browse through and look at photographs quickly at any time. Although, I don’t think it’s the ideal way to appreciate photography; for that, you need to look at photobooks!

Here are some books from my bookshelf that caught my eye as I browsed. 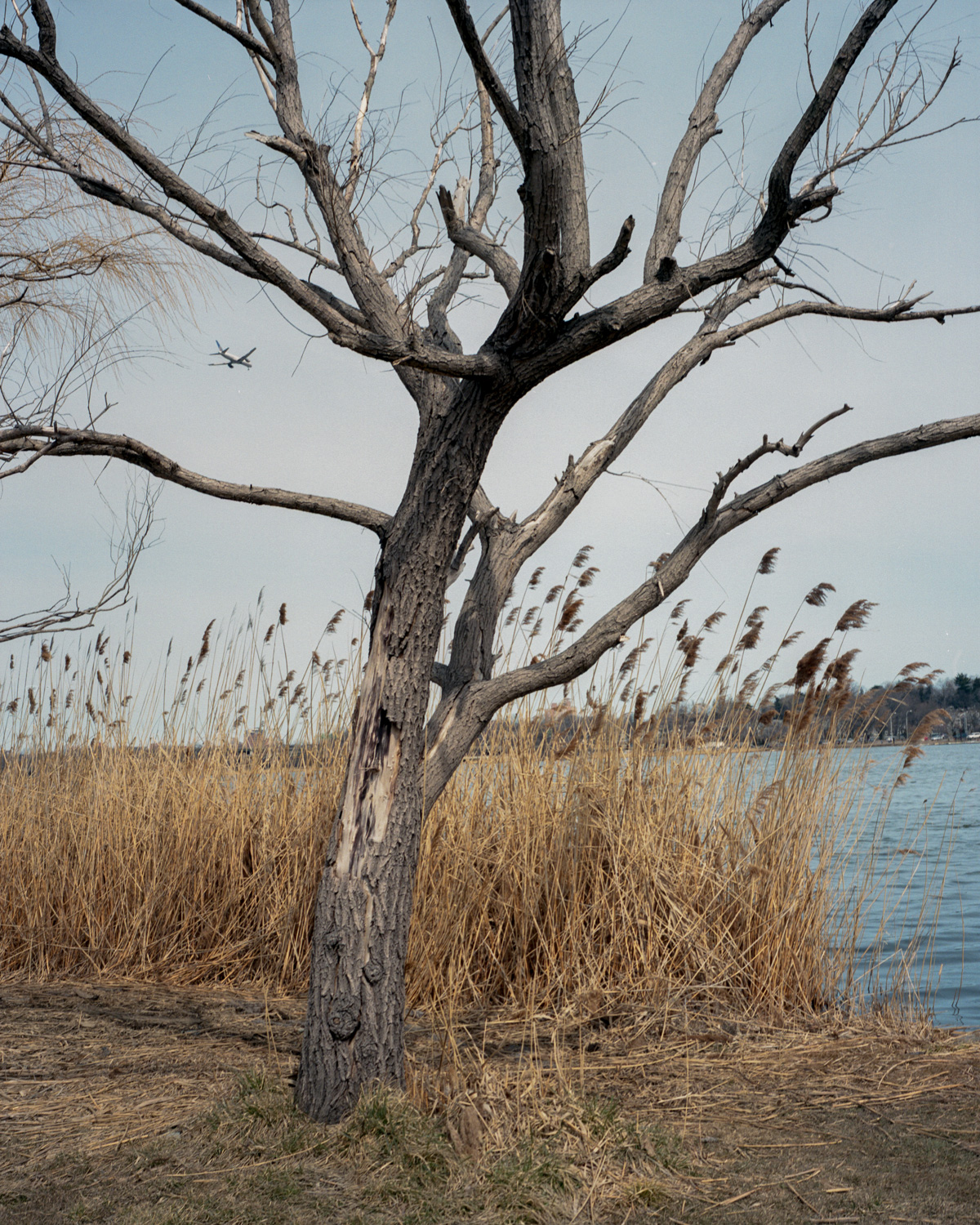 Will the term “professional photographer” exist in the future?
I believe there will always be professional media creators. But I don’t know how they will define themselves in the future. I definitely believe that it takes a high level of skill to understand how to create a compelling image on a consistent basis. It takes even more skill to understand how to create the right type of image for the right context, and to be able to do that under pressure with tight deadlines, might be the most important skill.

Whether people consider themselves professionals or not, I believe there will always be a tribe that calls itself “photographers” and as long as I’m alive I will proudly consider myself a part of that tribe.

All photos courtesy of Bryan Formhals.