On the Red Couch with Rancher Bill Niman 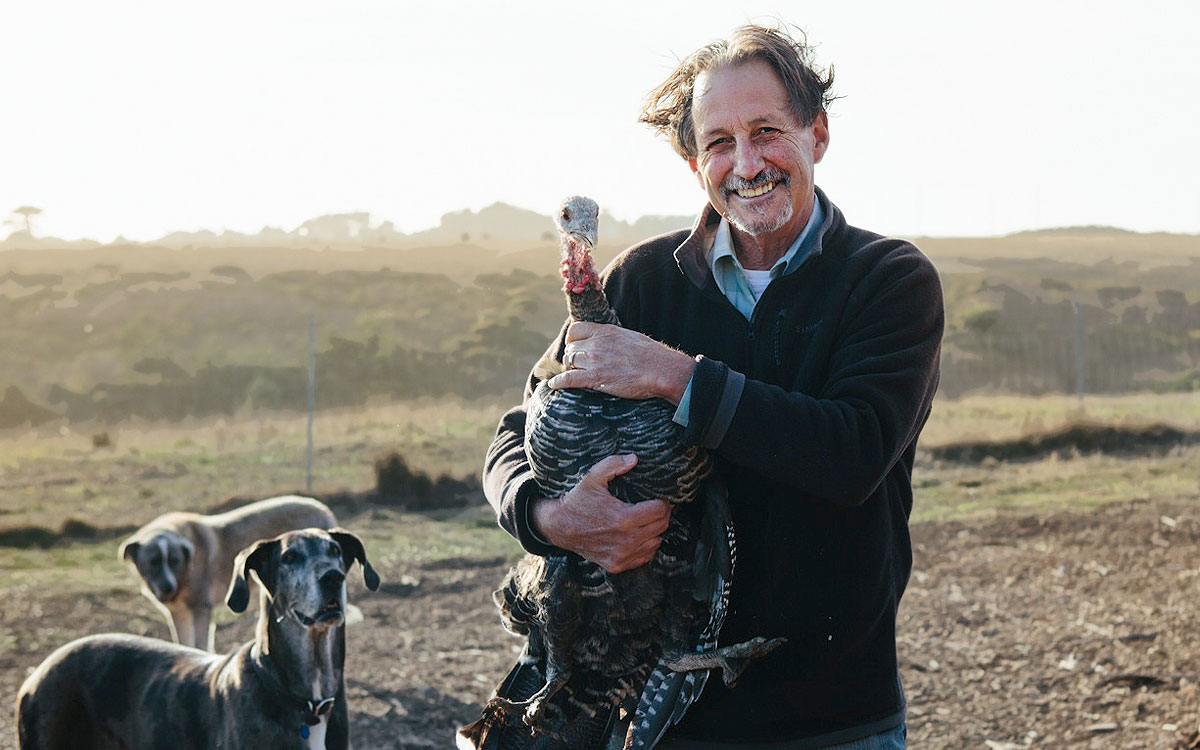 Bill Niman never thought he was going to be a rancher—never mind one who’d take the food industry by storm. But when he moved to Bolinas, California, in 1969, along with other “counter-cultural types,” he bought some land and started Niman Ranch where he raised pigs, goats and chicken—without using cages, antibiotics or hormones. The idea, then pretty cutting edge, was to have a “predictably safe food supply.”

Niman Ranch switched to raising just cattle in 1979, and restaurants began labeling the beef by name on their menus. In 1994, Niman Ranch branched out and created a network of family farms across the United States. Today, they are one of a few “name brands” in meat.

Though Niman is no longer part of Niman Ranch (he left in 2007), he’s now presiding over BN Ranch, which espouses the same values in raising cattle, goats and heritage turkeys. Niman’s team has curated a magazine on Flipboard that delves deeper into perspectives on sustainable farming and eating meat. 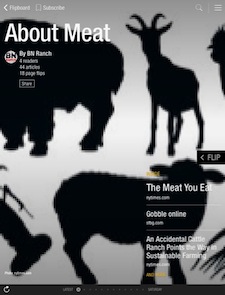 We also asked him what Thanksgiving is like at his meat company—and whether he’d ever contemplated vegetarianism.

Have you ever considered being a vegetarian?
Oh yeah, all the time. I’m married to one, so it’s a topic of conversation. I’m much more of an advocate of eating less meat, eating better meat, and I believe that there are stages in one’s life where the nutritional value of meat and poultry and seafood is critical, or, for certain people, well advised. For others, in other stages of your life, a vegetarian diet is probably complete enough and balanced enough to meet your nutritional needs. If I had a young child, I would be concerned about brain development and B12, you gotta get that from certain vitamins and nutrients—the best source is meat. I don’t recommend denying people who have higher needs for certain things that are easily available in meat. That said, I can sympathize with not killing animals to eat them.

What are some of the challenges of farming your way?
Well, farming is very difficult. There are moments of it that are very frustrating, and there are moments of joy. It’s 24/7. The agricultural industry is so consolidated that, especially in animal-based foods, it’s really hard to get animals from the farm to the plate. There are a lot of moving parts, and the big guys are very efficient at it and they don’t make those systems and processes available to small farmers. Therefore, small animal-based farmers are not able to benefit from modern technology that makes it possible to harvest animals not only efficiently, but safely and more humanely. Unfortunately the intellectual capital to get that done, and the bricks and mortar to get that done, are further and further apart. So it’s a very challenging thing in that regard. And it’s a lot of work and not very much money. It’s really something that people have to be committed to and love, and it basically starts with wanting to feed people great, wholesome food and understanding the joy of doing that—and that’s the big payback.

If you had to do it all over again, would you go into this business?
What a great question. I can’t answer that…It wasn’t a conscious effort [when I started]. I almost began it by default because of the community I found myself in. And because of good fortune and marrying a woman who understood the importance of [what I was doing]. After starting [the business], I totally understood and appreciated it. Now to make that conscious decision, knowing what I know now, yes, I think I would do it again. I feel really good looking back. Wisdom is something you get just after you need it. It would be an emotional, decision of passion, not one coming from reason.

When I think about Niman Ranch, I’m struck by the fact that it produces good meat, but I feel like part of its success is perhaps also a marketing coup. Would you agree?
As a founder, I can attest to that. I left that company that I founded in 2007 so right now we are talking about BN Ranch. We’re pioneering new things, which is grassfed beef and pasture-raised, outdoor-raised turkeys, GMO-free poultry and so on. That’s what we do now.

But to answer you question: we didn’t focus on creating the brand when I started the company. It was about doing the right thing, but people and media started to look at us and get excited about us because we were what we said we were, and what we were doing was much more exciting— changing the way animals were raised—than anybody thought. We’d established a gold standard. That wasn’t a conscious marketing effort; it was really kind of guerilla and happened over time because we were pioneering and unique and we had the support of trendsetter restaurants and other thought-leaders as well.

There’s a lot of books and films about food production. What are some of you favorites?
My favorite book is ﻿﻿﻿The Righteous Porkchop. ﻿It was written by my wife, in the spirit of full disclosure, but it’s a really, really fine book. It’s definitely about the industrialization of meat and animal agriculture.

From a more emotional side, I like Eating Animals by Jonathan Safran Foer.

A pretty heavy book that people are trying to understand, how one can raise an animal and kill it, is Dominion by Matthew Scully.

Anything by Wendell Berry, The Unsettling of America.

My Antonia. Anything about Willa Cather, and about life in Nebraska, where she grew up. I’ve read everything she’s written, and she’s a phenomenal writer. If you want to get a sense of rural, early settlers in the Plains, it’s really phenomenal.

What is the lead-up to Thanksgiving like at BN Ranch?
Well, we have 15,000 turkeys, so we are very busy right now. You know, all the turkeys that you buy as fresh have been dead for several weeks already. We are really the fresh guys. We will be killing turkeys right up through next week and delivering them a few days before Thanksgiving. So it’s a very different experience. That means it’s very hard to give everybody what they want and the size they want, because the turkeys are living animals and vary in weight. That’s what we struggle with. This year, we had a great ﻿round of turkeys; they are all bigger than we thought they would be. The problem with that is that a lot of people want small turkeys, and we just don’t have them. So that’s our struggle this year.

How Do You Find the Best Content on Flipboard?

Flipboard TV Is Now Free For All Users