On the Red Couch with Shebooks’ Peggy Northrop and Laura Fraser 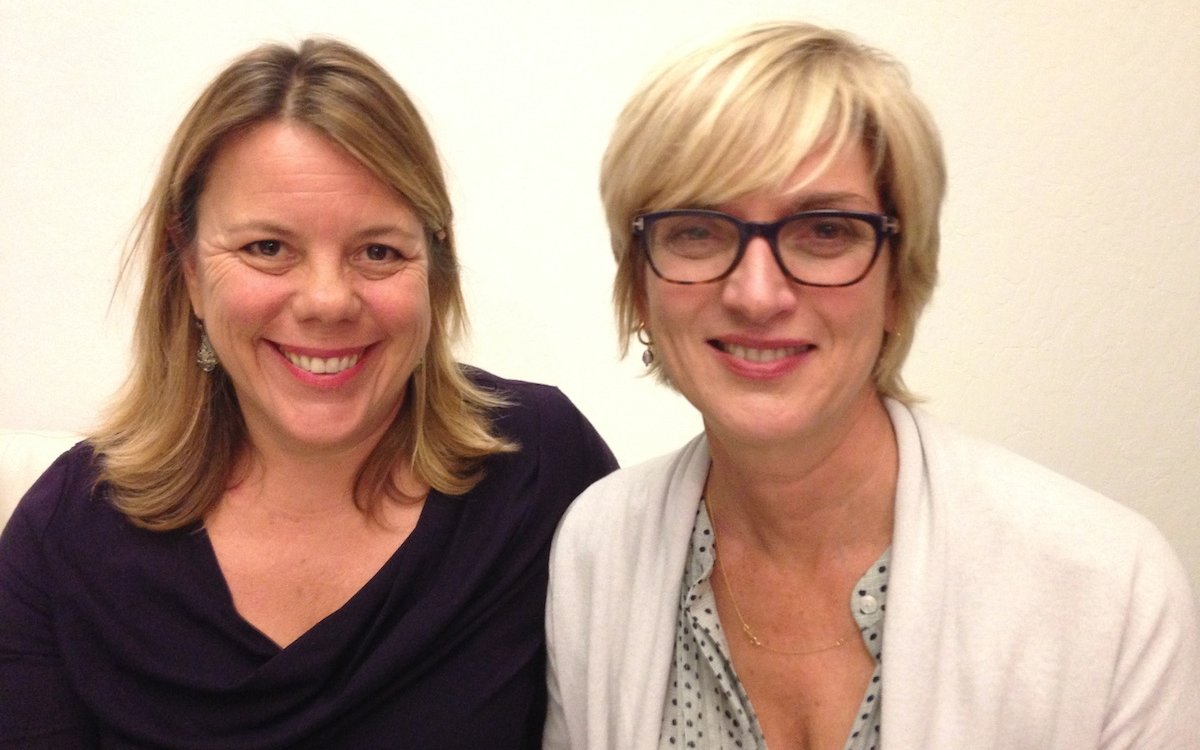 When it comes to reading, women are the more prolific sex. A Pew report revealed that more women have read at least one book in the last year (82% vs 69%) and that they read more than their XY-chromosomed counterparts: the average number of books read by men was 10 vs 14 for women. 2014 was even declared “the year of reading women.”

Good timing, then, for Shebooks, a curated collection of short e-books written by women, for women. Founded by author/journalist Laura Fraser and Peggy Northrop (also the editor of Sunset magazine), Shebooks publishes memoir, fiction and journalism—up to 15 new pieces each month. Readers can subscribe to never miss a title or purchase à la carte.

Most stories on the platform are more than 7,500 words (about the length of a longer article in The New Yorker) so they have room to unfurl. “But whether the stakes are emotional or another kind—health, money, love, sex or whatever—there has to be real insight along the journey of the story,” says Fraser. “There has to be some payoff for the reader because why waste…well, we used to say why waste the paper.”

In this interview, we learned how the digital imprint is not just freeing trees but also women, liberating them to tell their stories—and why that’s even necessary at all.

Why did you create Shebooks?
LF: The biggest pleasure about doing this work for me has been to discover and publish these incredible women writers. I feel we are creating the platform that I want to write for. As someone who has been a career journalist who has written three books, two of them memoirs, I know how increasingly difficult it is for people to get published—as journalism has become devalued, as publishing has focused on the top 1% of the writers. Writers who are fantastic but aren’t getting as much attention are getting left behind. I’ve been astonished at the quality of what’s come in [to Shebooks]. Beautiful, beautiful manuscripts. People have had 10,000 words in their drawers that they have been polishing for the last 10 years.

PN: And they had no place to put it. I feel like we’re creating a platform that I always wanted to be an editor and a business leader of because I have presided over the shrinkage so many magazines. I presided over “Let’s cut some more pages,” “Let’s cut our rates.” We were focused on what advertisers needed out of our publications instead of focusing on what consumers are reading, sharing and talking about—and in particular women were not getting published at the length that we are publishing. [We give them the] opportunity to stretch past 1,200 or 3,000 words; they get to write like the way the guys do in the New Yorker or Harpers or The Atlantic.

But why do we even need a female imprint? Why not just talk about great books and stories?
PN: Well, lots of people are talking about great writing and great stories, and then you actually count up the bylines and they are really talking about great guy stories written by great guys. I was on the board of the American Society of Magazine Editors (ASME) for a long time and we struggled with the exact same issue. You would put magazines at a certain circulation up against each other, and a women’s magazine, that was serving a much greater number of readers, was always at the bottom of the pile. So at ASME, we decided to create a category for women’s magazines. We just couldn’t figure out how to pay attention to the things women were actually writing and reading.

Why was that happening?
LF: I think basically there is a very deep bias in our culture that doesn’t bubble up to the surface very often: not so much against women but against women’s stories and interests. You can say that women tend to be more interested in stories about each other’s experiences. You can say that women are more interested in a more internal journey than an external journey. So the thought-leader magazines give a lot of space and time to those external adventures: when someone rows a canoe around the world, that’s a big story, but if someone goes through a lot of turmoil, emotionally, that’s not considered a story—although that’s actually what women like to read.

You are both extremely well read. Who are some of your favorite writers, on Shebooks or off?
PN: I’m going to suck up to Laura now and say her book, The Risotto Guru, is one of my favorites. It’s actually a collection of three stories of about her travels in Italy, and in particular, a guy she found to make the perfect risotto, who was also her cab driver. It’s just this wonderful adventure in eating and food and experiencing a culture.

Ethel Rohan’s book, Out of Dublin, is another one of my favorites. This is a memoir where she reveals things about her life that she never talked about before. The authenticity and the beauty of the writing is just unbeatable.

And Mary Jo McConahay’s journal, Ricochet. It’s a memoir about being a war correspondent in El Salvador and her friendship with a woman who was a photographer during the same war and what they went through together and how their friendship changed when one of them decided she couldn’t bear to see another dead body.

LF: There is a really quirky, wonderful novela by Jennifer Finney Boylan who is a New York Times bestselling author and fairly well known in the transgender community. It’s probably the only novela by a transgender writer, about a transgender girl coming of age. It’s really funny, a comic road trip.

And then we have our bestseller, The Marco Chronicles by Elizabeth Geoghegan, which is the anti-“Eat, Pray, Love” where she goes to Italy imagining all these romantic encounters with Italian men who are gonna, you know, sweep her off her feet…but no. (Laughs) It’s hilarious.

Do you have any tips for busy people who want to read more?
LF: As with anything else, you have to be smart with your time, and part of that is reading good quality. Just like with exercise, you have to carve out time to feed your imagination and spend time in other worlds. Otherwise, how do you grow as a person without other perspectives? 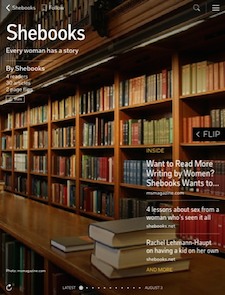