On the Red Couch with Singer/Songwriter D.A. Wallach 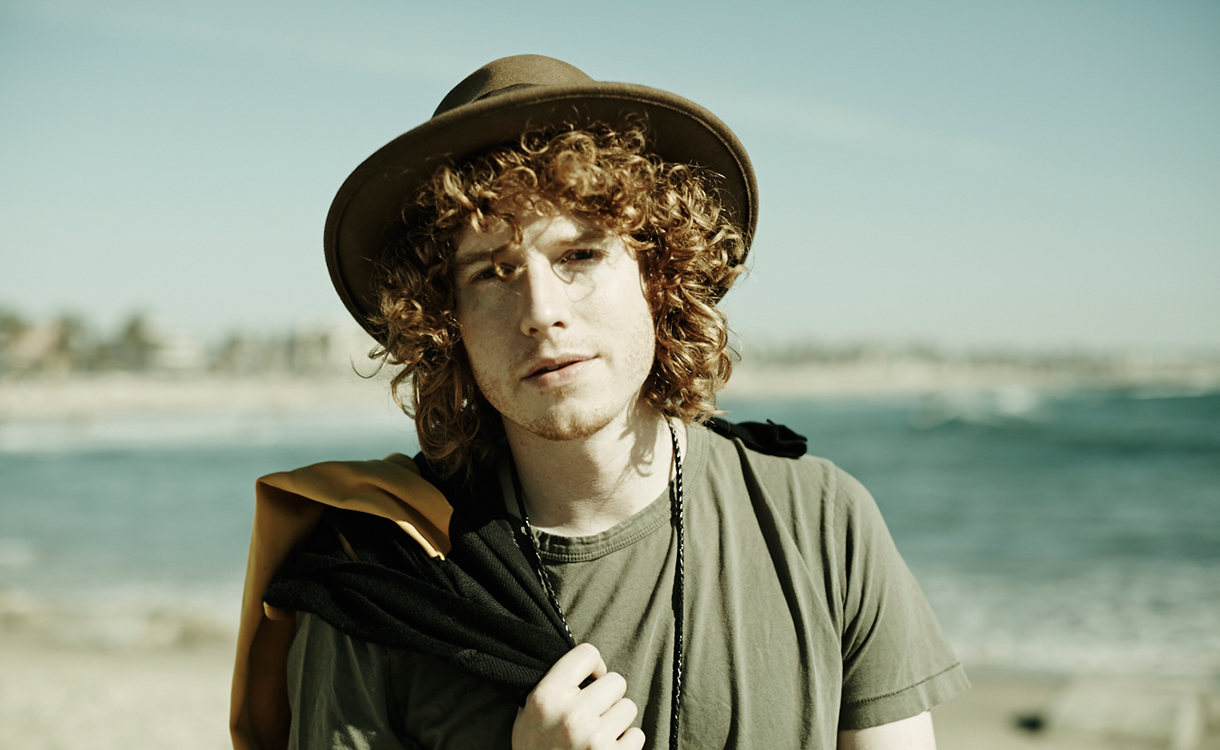 Imagine you’re a 21-year-old musician, fresh out of Harvard, and your band’s getting courted by several major labels, including two of the world’s biggest hip-hop producers: Kanye West and Pharrell Williams. That’s precisely the position D.A. Wallach and musical partner Max Drummey found themselves in with their band Chester French.

Eight years have passed since the duo signed with Pharrell and a lot has changed—especially the music industry. Today, Wallach, who just released a debut solo album of sparse and melodic piano ballads inspired by the likes of Elton John and Carole King, is wiser and less interested in fame, though no less in love with music (for proof, peep his Flipboard magazine).

For years the former Spotify Artist-in-Residence acted as a bridge between musicians and technology, doing his best to show artists how the internet could save their careers. Now he’s back to making his own sounds, and spoke with us about the music industry’s tumultuous days, getting locked in a bidding war between Kanye and Pharrell, and why it’s so important that artists get paid.

While listening to your album and thinking about how it got made, I pictured you waking up in morning and heading straight to the piano. The music is sparse, intimate and refreshingly casual. What was the actual process like?
It’s funny that you intuit that because it was basically how I made the thing [laughs].

To start with my background in music, I had a band, Chester French, with my partner Max Drummey, a complete musical genius and a wizard on a million different instruments. I started as a drummer and didn’t know music beyond rhythm, and then I became a singer and only did melody and lyrics. I had come to believe I knew nothing about chords and harmonies. Two and a half years ago I bought a keyboard and realized I had to find my way around a piano. It’s the only way I could make music by myself.

What you’re hearing on this album is me learning how the piano works, how chords and harmonies work, where every song started on the piano. I wanted the focus to be on what I call the core architecture of each song—what it is just on piano and voice had to be durable and compelling enough in its own right. Everything else—drums, strings—is just window dressing.

In your band Chester French, you guys created your own sound. That sound—a bit of electronic,”blue-eyed” soul—was soon popularized by guys like Justin Timberlake, Robin Thicke or Mayer Hawthorne. Now you’re doing something different, something not commercially popular. Does being commercially successful matter to you?
What I’ve noticed about myself is that I make the worst music when I pay attention to what’s going on in the marketplace. Because it makes me insecure about my own instincts and second guess things that I might find really pretty, but that would be alienating to a pop audience.

This has been my gift and curse as a songwriter, both in Chester French and on my own. My taste is a little different than the average mainstream person’s taste. That’s because I’m a super fan of music and have a very broad palate. Jazz chords in a pop song don’t jar me.

The comparison I often make with music is to wine. I’m not a wine enthusiast, but anyone can drink a glass of wine and say they like or don’t like it; there’s a very superficial way to judge it. But there’s people who spend a lot of energy trying to educate their palate. They taste things I might not. They appreciate a level of complexity that I can’t appreciate. My music, in my mind, is made for people like me who are really into music.

Do you think that kind of appreciation can be taught?
Oh, 100%. Even using the example I was giving about my own experiences with piano—I was here with a record deal, professional musician, doing this at the highest level and I didn’t understand piano because I had come to believe I couldn’t.

I find it tragic when someone says, “Oh, I like whatever’s on the radio, I’m not a music person.” I mean, maybe they had a mean piano teacher? The world has somehow led them to believe they can’t “get” it, when I think anybody can get it. It’s just a function of how much time you spend thinking and engaging about it.

A few months ago I watched the movie Whiplash, which is about a very dedicated jazz drummer who undergoes—to put it mildly—a serious amount of stress. I know you have friends who worked on the film, but the connection I want to talk about is with your potential similarity to the character himself. Did you relate?
Oh yeah, I totally romanticize that kind of dedication to craft. As I said to Damien Chazelle, the film’s director and my friend, I aspired to be like the guy in that movie, but didn’t have the discipline.

I’ve had to realize over time that I’m the kind of guy who gets into something new every week, and I’ve found a way to turn that into an advantage rather than a liability.

Was it a lack of discipline that prevented Chester French from continuing or something else?
I think it was an amazing learning experience for both of us. We made a lot of mistakes in terms of direction and how we marketed ourselves. At the time I thought we got a record deal so we’d be the biggest thing ever.

What we got was somewhere in the middle. I’m grateful to have been in the top couple of percent of musicians to have made that amount of money and to have reached that number of people. But we got caught in the middle of not caring at all about commercial appeal, and on the other hand, because of our record label, feeling that we needed to chase “hits” or something.

Partly one of the things I learned from that that informed this record was that it had to be a true expression of me. I didn’t have the confidence to do that before. I made this record with very few expectations. All I hope is that it’s somehow meaningful to someone in their lives in some way. If it’s that, I’m happy.

Chester French was at one point caught in a bidding war between Kanye West and Pharrell Williams. You went with Pharrell. I can’t imagine how difficult that decision must have been, especially back in 2007.
Well, it was a very first world problem. It was interesting at the time because even in our experience watching those two guys’ careers, there’s something to be learned about music industry culture. We were both huge fans of Pharrell in high school, and when he was going after us, he was commercially in a trough. He hadn’t had a hit for several years, no radio hits for at least three or four more years. It wasn’t until his song [“Get Lucky”] with Robin Thicke or “Happy” that he became a big guy again. For us, choosing Pharrell was like choosing the less sellout move.

I remember how huge Pharrell was, and how his label Star Trak seemed like it was poised to do big, great things. Kanye wasn’t quite in his conceptual phase.
Every artist is always at a fork in the road. Even Tom Cruise has movies that don’t hit at the box office. I think it’s part of the rhythm of the life of an artist. I have no regrets. Working with Pharrell has been one of the greatest creative experiences of my life. He’s one of the coolest aesthetic creators of our time, and I’ve learned a lot.

Do you keep in contact?
Oh, yeah, we were texting this morning. He’s amazing. He’s been a great supporter and very authentic in terms of his commitment to art and creativity. He’s also one of the hardest working artists I’ve ever witnessed. From the time I’ve met him he’s been in the studio every day for 7 or 10 hours, making an unbelievable amount of stuff. What you eventually hear from him is like a tenth of what he’s doing—he’s like Prince or Frank Zappa. He can’t stop.

He also played drums and bass on one of my songs on this new album. It was one of the most meaningful things that’s happened: he got nominated for “Happy” for an Oscar, was set to perform it, and was having one of the busiest weeks of his life. In spite of that he took an afternoon off to work on that song without charging me a thing, just out of enthusiasm for our relationship.

What do you think are some of the biggest things you’ve learned about the business side of music?
I think history will show that when we got signed in 2007, we were 60% through a very large transition in music, which started with the Internet and piracy, and is now beginning to conclude with the transition to streaming. What was shocking to me was that we were 21-year-olds at the start of our adult lives, and I expected there would be a lot of adults to teach us how the game worked, which was why we signed with Pharrell and Jimmy Iovine, masters of the craft. Despite their talent and wisdom, neither they nor anyone else in the industry knew how things were going to shape up or adapt.

For me, the epiphany was, “Wow, I have to come to my own ideas about the state of the music industry.” Unfortunately, one of the conclusions I reached is that, from a financial standpoint, it’s a hard time to be an artist. But another reason for that is that there are way more people who want to be artists than there are slots. You often hear artists pissing and moaning about how hard it is, but the reality is that there’s a supply and demand imbalance.

Should people adjust their expectations? I’m sympathetic, but I wonder if we need to temper lifestyle-related notions of success. What do you think?
I think we as a society should want an economic system around music such that people who are really brilliant in music are able to have decent, highly successful existences in the world. If we don’t incentivize that, we lose a lot of talented people to other industries. Where you draw that line is a tough question. Certainly Frank Zappa or John Coltrane are people who shouldn’t have had to become heroin addicts to cope with how difficult life as a musician is.

I don’t feel like the world owes me anything. I can’t remember who said this, but a quote comes to mind about how “every artist believes that the entire world is a conspiracy against their talent.” And there is a certain narcissism. You believe that everyone should pay attention to you, and that’s delusional to some degree, whether you’re a terrible high school poet or Ernest Hemingway.

The good news is that we’re on a path that’s four to five times larger than it is today if we can get all the consumers paying again, and I’m pretty confident we can—which is why I put my reputation on the line working for Spotify. Musicians will find a way. 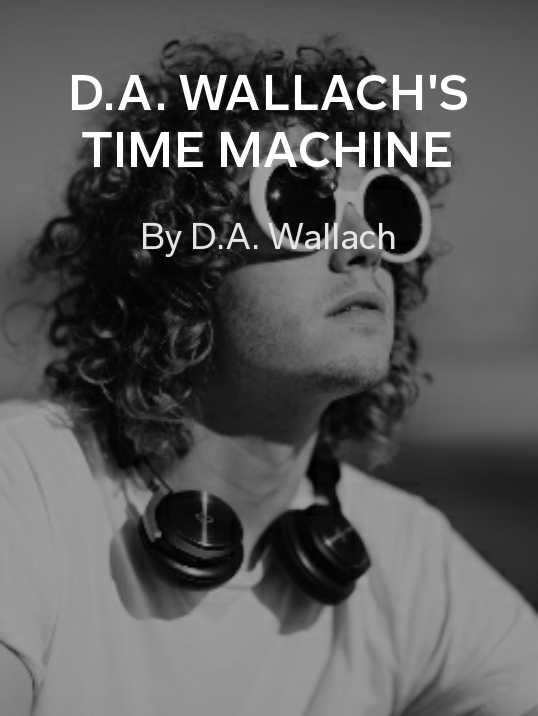