On the Red Couch with The Daily Beast Columnist Arthur Chu 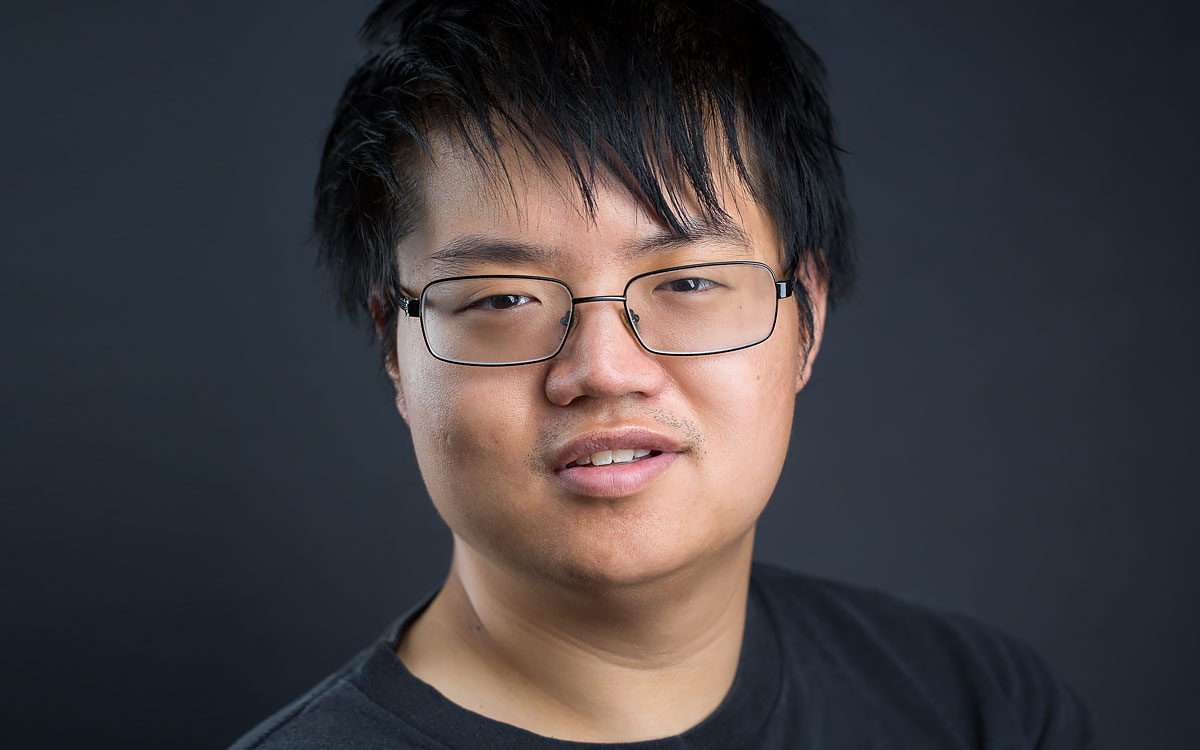 Arthur Chu came to fame in 2014 after winning Jeopardy 11 times in a row, becoming the fourth highest-earning winner in the game show’s history. But it wasn’t his brains that made him into a cultural icon—it was his big mouth.

“I think a part of me going viral was that I was very talkative—much more talkative than Jeopardy expected me to be,” the 31-year-old says with a laugh. While on the show, Chu took to Twitter and engaged with enraged fans seething over his seemingly unorthodox playing style, jumping from category to category. For his part, Chu, the victim of childhood bullying, relished any opportunity to play the villain.

Though his streak came to an end in March 2014, the world hadn’t heard the last of Chu. Aware that he’d struck some kind of cultural nerve, he wondered how to maximize his newfound celebrity. Realizing his words—not his “game theorizing”—resonated with lots of people, he fashioned himself into a professional cultural critic. Today Chu writes a column on the confluence of three worlds—pop culture, Asian-American identity and nerdom—for The Daily Beast (which is available on Flipboard).

We spoke with him about being the villain, how nerds became cool and why you should argue with people on Facebook.

You were vilified for having an “unorthodox strategy” on Jeopardy. What was it?
I didn’t have an unorthodox strategy at first. I knew this was a once-in-a-lifetime opportunity, so I wondered how I could make the most of it.

I found out about the Forrest Bounce, a method that began back in season 2 of Jeopardy. Chuck Forrest made headlines as a “Jeopardy celebrity” for doing very well on the show. His style was to bounce around from category to category.

I looked at the arguments in favor of and against that method. The argument against it boiled down to making the game harder for you. The argument for it is that other players don’t know what’s coming next.

I thought that if you had the capacity to do it, you should.

So the negative reaction couldn’t have surprised you, right?
I was surprised by the intensity of it. The third winningest Jeopardy player in history, David Madden, didn’t get that much bad feedback because social media wasn’t a player. But he did end up retreating from the public eye.

I was prepared for how relentless negativity can be when it becomes an online sport. It’s like a meme: it takes on a life of its own.

After becoming semi-famous and winning hundreds of thousands of dollars, you could have done a lot of things. Why write?
A weird thing happens when you go viral—people have this self-reinforcing notion of you, and I had this reputation for being controversial. If I was some universally beloved icon, it would be hard for me to speak up about controversial things. It’s almost lucky that it happened this way.

I was commenting on things outside of myself, and people were taking stuff that I wrote and publishing it. The Guardian offered to publish my interview responses as an op-ed, and The A.V. Club printed an unedited copy of an interview with me. The Cleveland Plain Dealer then reprinted that interview.

I realized I have a voice. Then Sujay Kumar from The Daily Beast asked if I wanted to write for their website. I said yes.

You and I are about the same age, and grew up in a time when being a “nerd” was decidedly uncool. As the unofficial “nerd columnist” for The Daily Beast, can you explain the rise of the nerds?
When we were younger, I didn’t identify as a nerd—I got identified as one. I can understand why people get upset that the term has been extended to just mean “enthusiast.”

I think it does speak to a world in which technology has fragmented our culture and created narrow subcultures. We used to identify the term “nerd” as being somehow abnormal.

I wrote about this for The Guardian. It’s becoming increasingly clear that there’s no illusion of a “normal person.” And with information being much more widely available, it’s easier to pursue passions.

So we’re all nerds now.

You’re Asian-American, a group who also started receiving some attention from mainstream culture. Yet it’s still just a handful of Asian-Americans in the pop culture spotlight, you being one of them. Do you feel any pressure?
I’d spent a lot of time as a kid wanting to say, “I’m not a member of this culture—I want to be an American.”

Here’s something weird: I intentionally spent time trying to learn about mainstream pop culture to gain acceptance. It’s been a recent thing for me to develop this Asian-American consciousness, and developing it with the understanding that the label—Asian—has been put on us by society. It’s not a fact about me, but a fact about the world.

There must have been this hunger for representation. Because why would a guy on Jeopardy be that important? Why was Jeremy Lin such a big deal? It’s that he’s one of us—a Chinese- or Taiwanese-American who had to grow up in this context with slurs and stereotypes, and still achieved success.

After spending more time the Asian-American community, I’ve developed a new perspective: it’s not about saying Asian-Americans have a specific set of cultures, it’s about saying the history of how we divide people into boxes is an intrinsic part of this country and we have to deal with it.

Your self-assurance is interesting because you’ve been marginalized throughout your life in one way or another. And then you kick ass on this game show, and people try and discredit you, and you hold firm. How?
I’ve been a very outspoken person for a long time. A big part of who I was growing up was to feel like the smartest person in the room. A lot of people my age start out thinking we’re celebrities, which is the narcissism of our time. We start out thinking we might go viral.

I’ve had my arguing muscles honed by the Internet. When you’re involved in an argument on Facebook, it can feel like the biggest news in the world to you.

I also spent time building up my confidence by taking classes in acting and improv, [the latter of] which is like being thrown into the deep end of the pool: you have to be entertaining without a script and rely on your natural instincts, and own however people seem you, and just be that person.

You can read Chu’s writing in The Daily Beast here.