Peek Inside the Annual Flipboard Mockathon 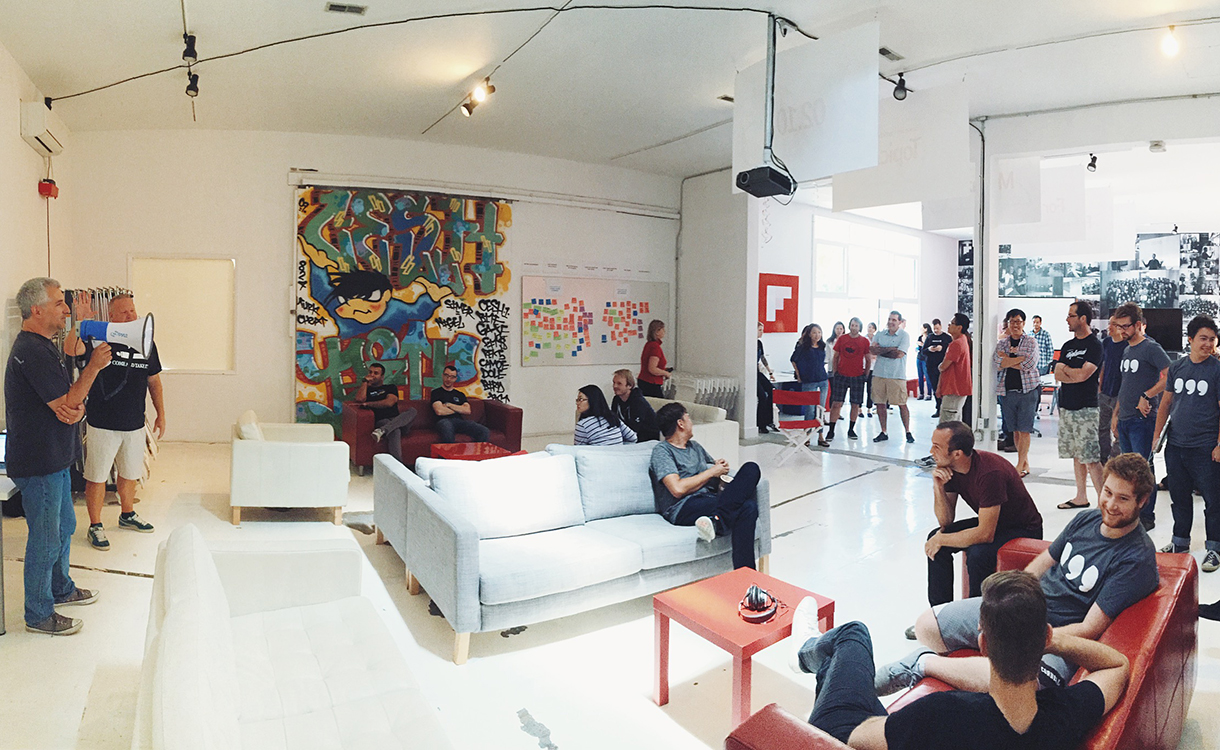 Flipboard has a weekly tradition we call “Mock O’Clock.” On Friday afternoons we convene around a huge table next to the kitchen—munching on snacks and enjoying a meticulously curated assortment of beverages—in an open forum where anyone can showcase projects they’re working on. It’s a great way to interact with co-workers and teams we might not normally work with on a daily basis, as well as get a sneak peek into a variety of interesting products, features and tools in various stages of ideation and development.

Our Mock O’Clocks have been such a blast, we extended the idea further, and last week we held our second annual 24-hour Flipboard “M{}ckathon.”

Similar to other hackathons, the Flipboard M{}ckathon is a 24-hour period of collaborative brainstorming, researching, designing and coding—a creative team-building event with a competitive component. The timing of the Mockathon is important, as well: it’s an opportunity to create and push the product forward with our summer interns before they return to their respective colleges and universities. 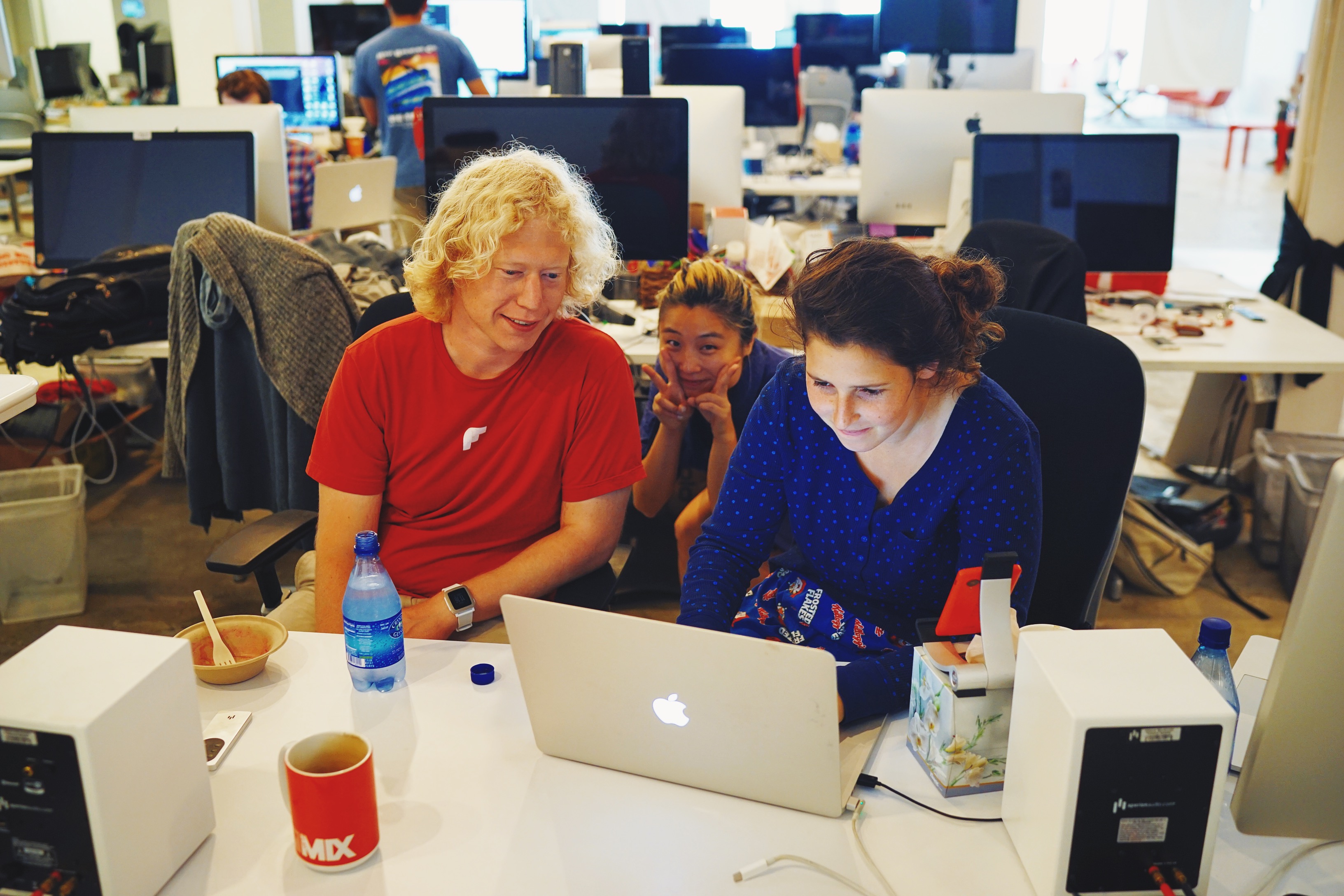 Teams start with an idea, usually to address a particular problem area in the product, and work feverishly to complete a working prototype within the specified timeframe. And, while we don’t all code, we all bring unique skills to the table, so engineers, designers, recruiters, data scientists, members from our legal and advertising teams all got involved.

Last Thursday afternoon, with megaphone in hand, a senior engineer excitedly patrolled the office, rallying the troops to the kickoff meeting where the teams were announced and rules of engagement were clearly defined. “It’s M{}ckathon 222. Starting at 2pm today. Ending at 2pm tomorrow. You’ll have about 2 minutes to present.” About a dozen teams, consisting of 4-5 people, burned the midnight oil and, 24 hours later, presented some really cool new potential features. 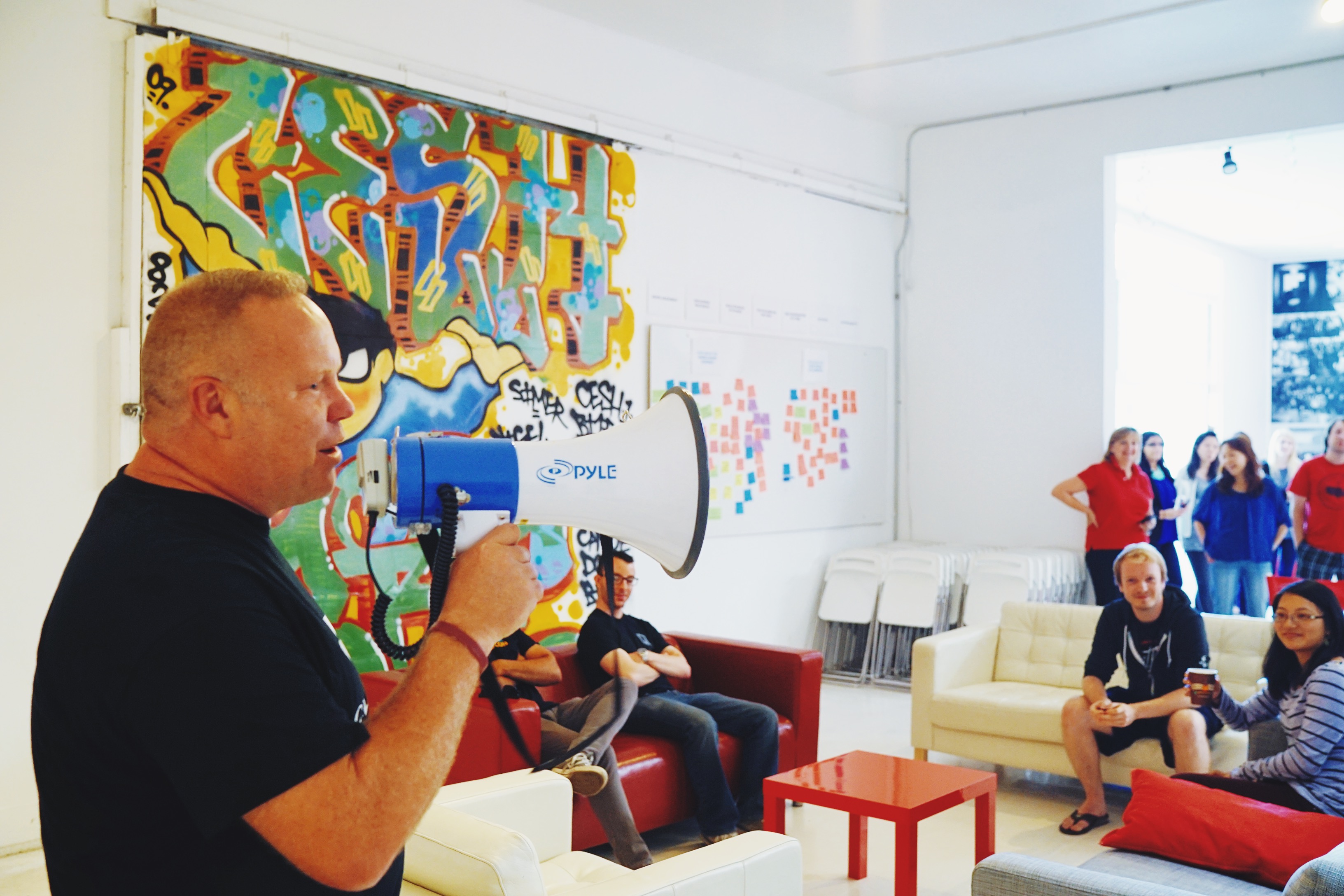 Flipboard really gets into this! Last year there were tents, sleeping bags, toothbrushes and toothpaste for those who had no intention of heading home. And there was no shortage of food and snacks to fuel the seemingly endless creativity this years’ teams exhibited. There was Chinese food for dinner, pizza at midnight, and when I came into the office early Friday morning, music was blasting and people were walking around the breakfast burrito bar with barefeet and eyes glazed over. Everyone was excited and frazzled as they worked to put the finishing touches on their creations.

As fun as this event is, it’s no joking matter. There are prizes and bragging rights at stake. This year there would be one grand (cash money) prize winner, a runner up, and three additional, smaller awards. The teams were in it to win it. 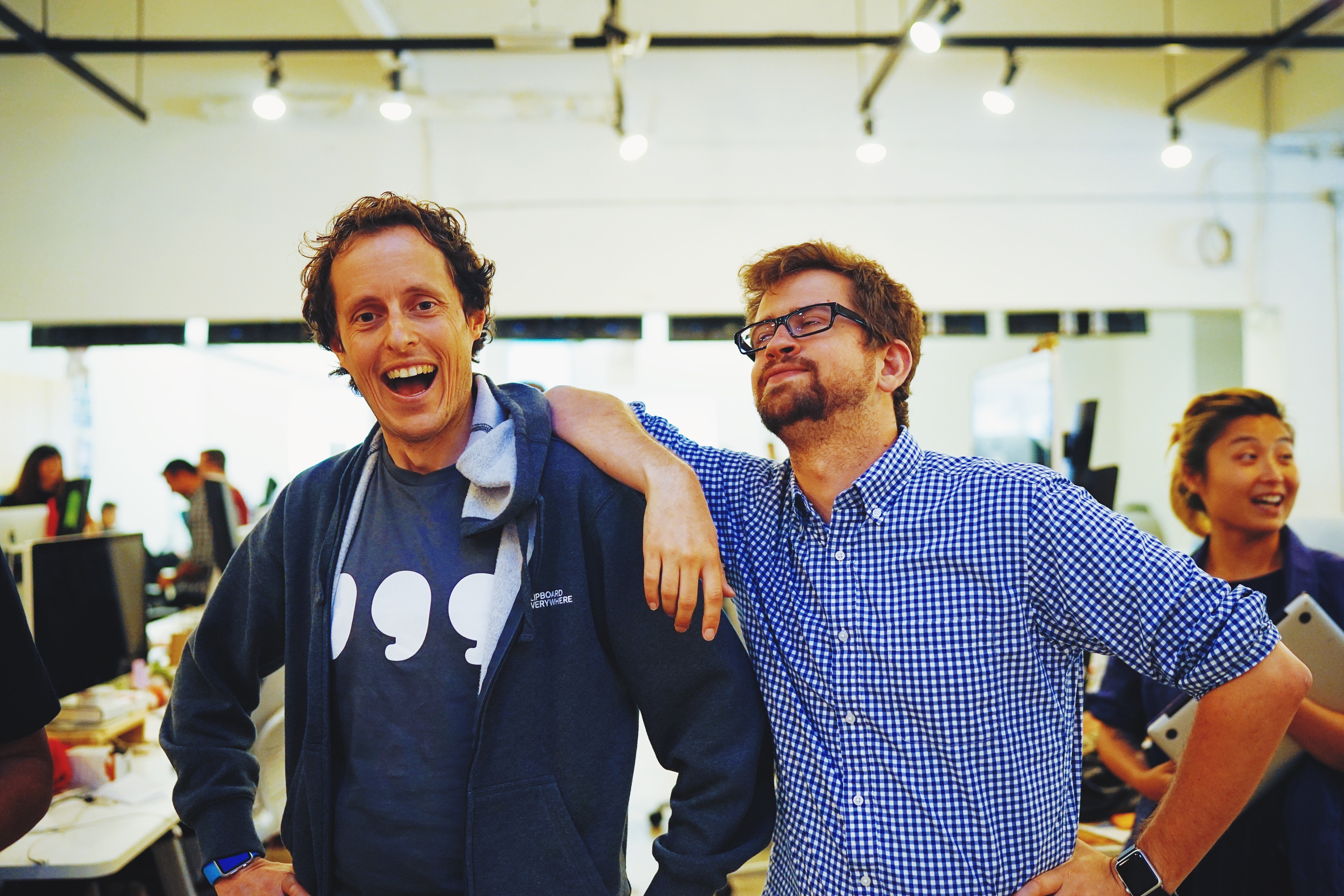 This year, I was on the panel of judges for the final demos, and while there was no specific “theme” to this year’s event, most of the presentations revealed a similar desire to help “reduce friction” for Flipboard users.

There were demos for new internal tools that would provide more insight into where users might be struggling, or how we might better help our publishing partners and advertisers. Some were focused on Flipboard’s social features and how we can make the experience smoother and more rewarding. Others presented new ways of surfacing user interests and passions. 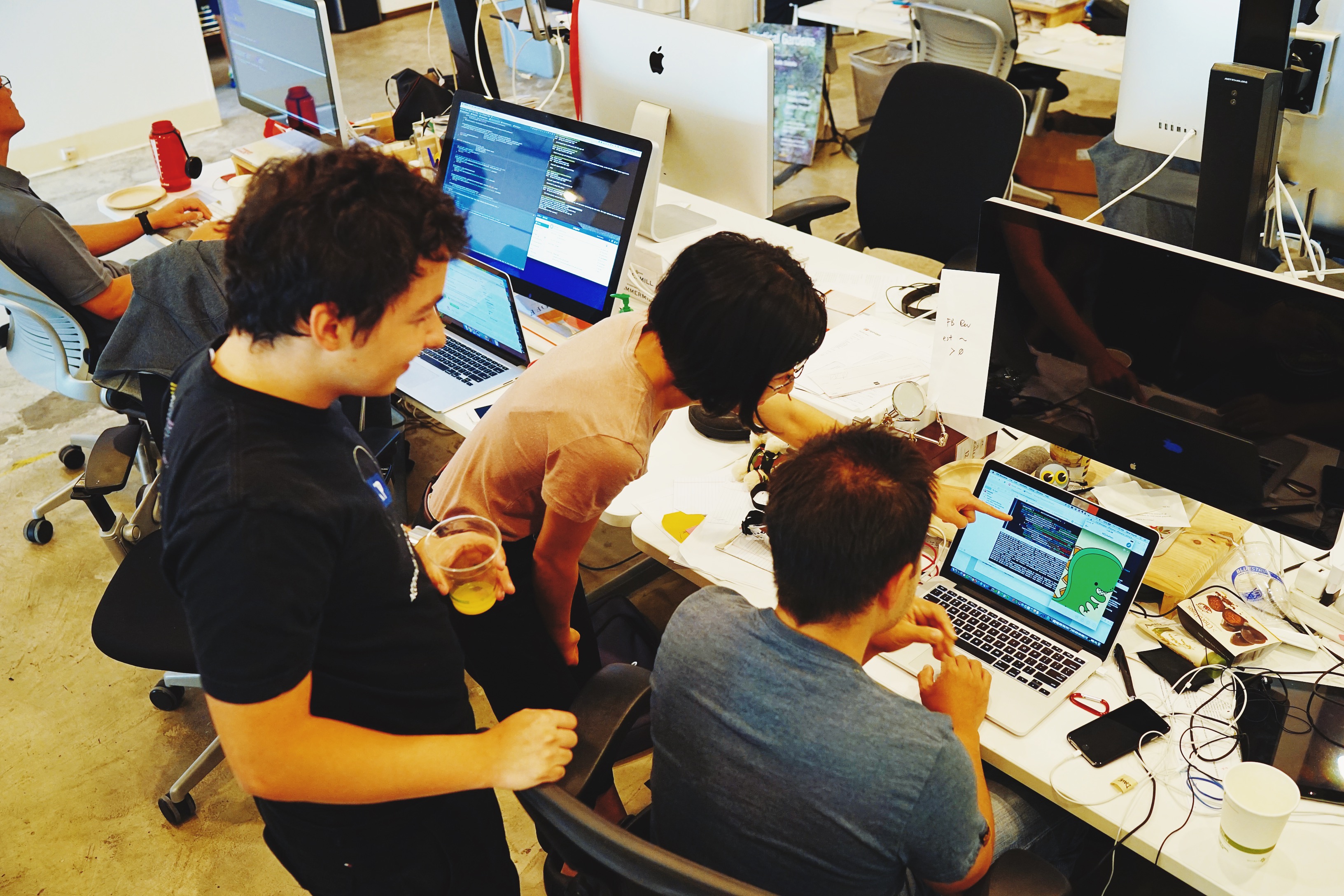 Flipboard’s 2015 Mockathon was a total success, and I wish I could give you all the details of the final grand prize winner, but, you’ll just have to stay tuned to the app, and our blog, to see what’s in store. 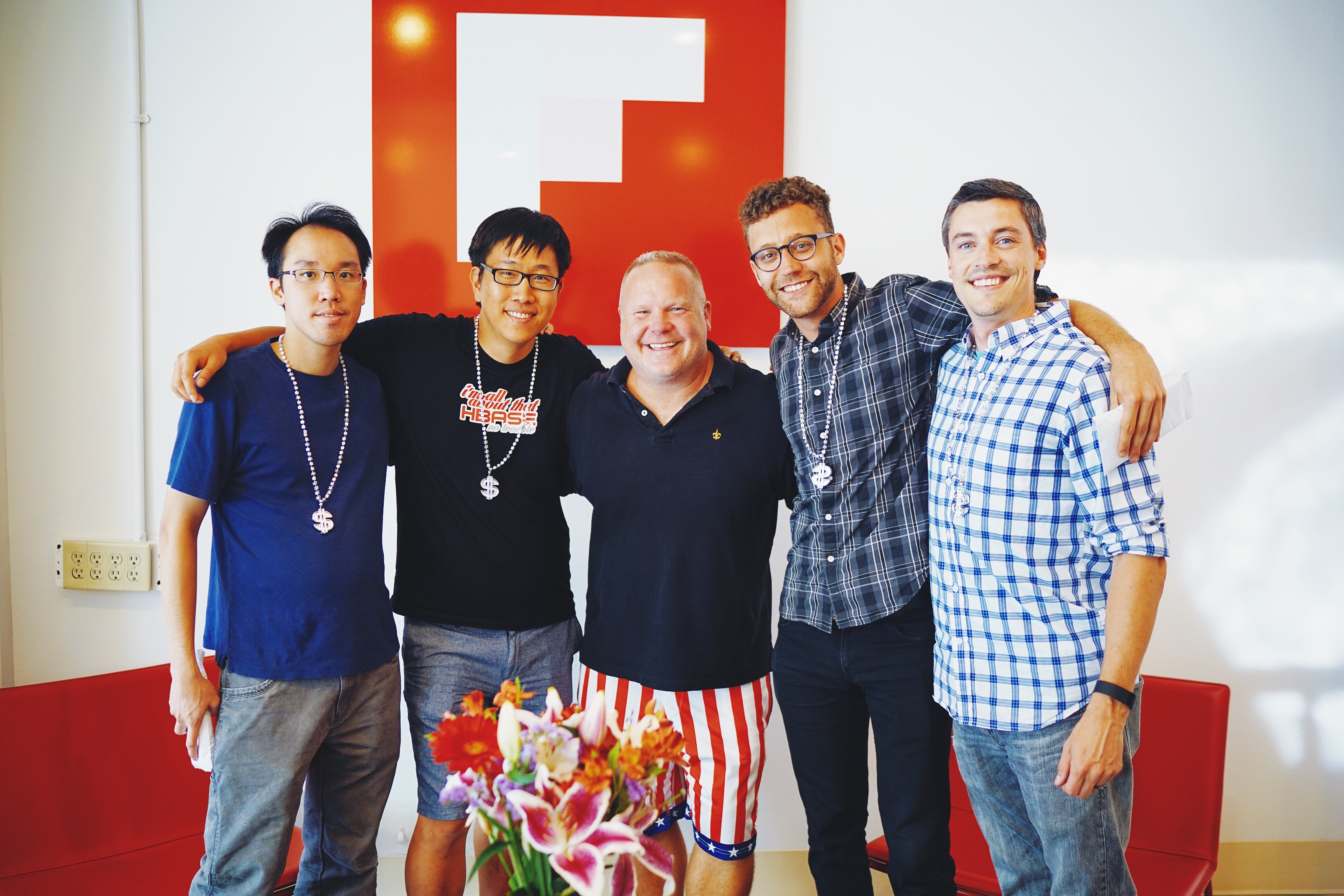