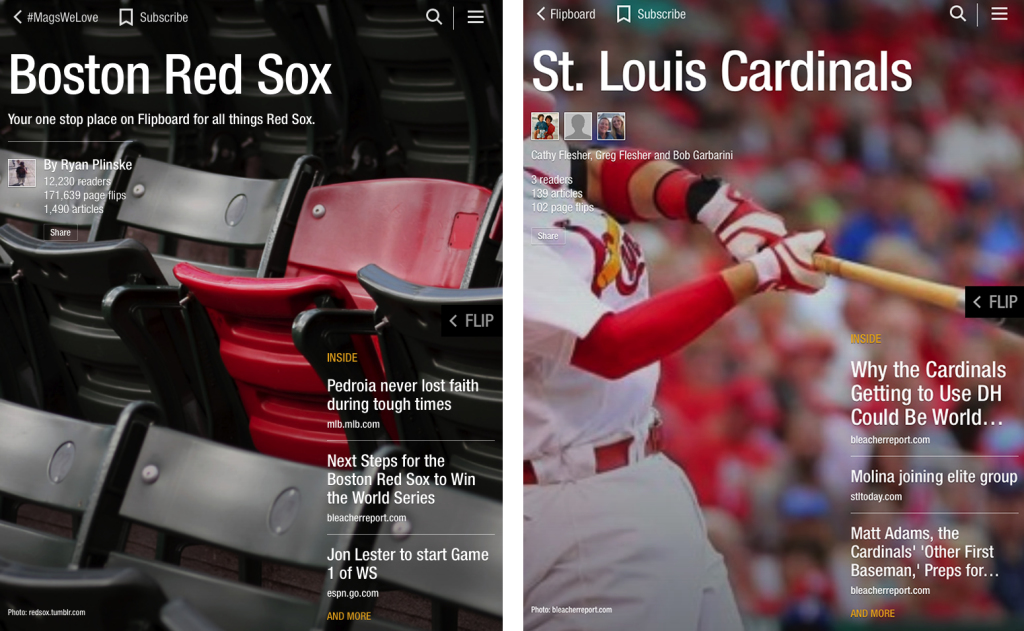 The first game of Major League Baseball’s 2013 World Series gets underway tonight, pitting the Boston Red Sox against the St. Louis Cardinals. Millions of people will watch the game, but a select few will also represent their favorite team via Flipboard magazines.

Bosox fans will be grateful for the effort Ryan Plinske puts into his “Boston Red Sox” magazine. It’s a magmaker grand slam of news, commentary and video highlights that delivers on its promise to be a “one stop place on Flipboard for all things Red Sox”: 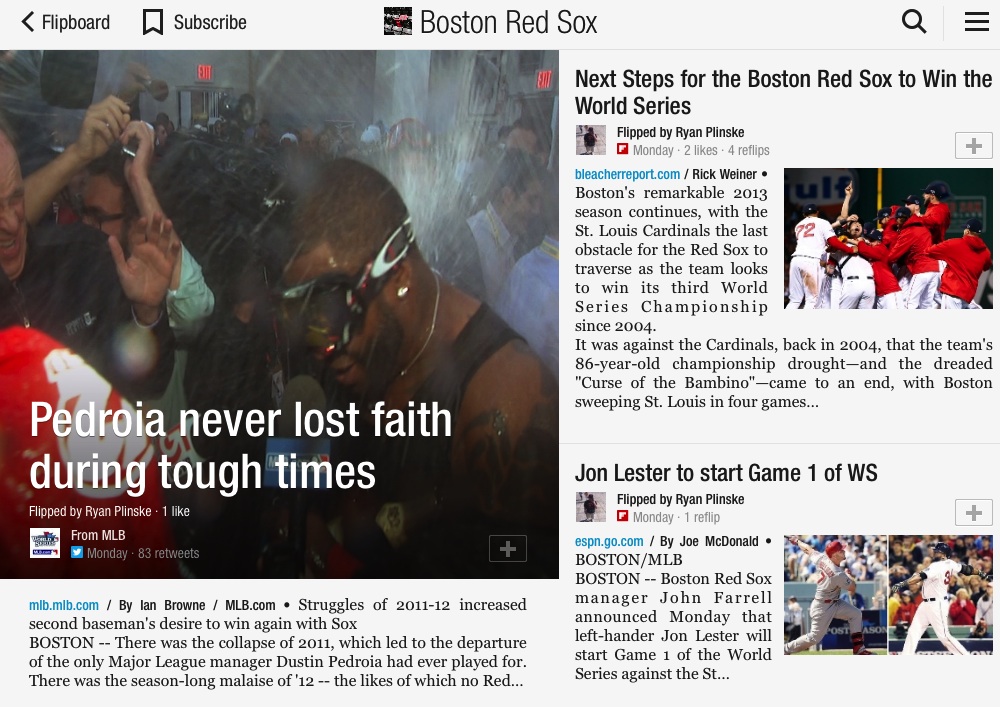 Meanwhile, co-curators Cathy Flesher, Greg Flesher and Bob Garbarini carry the flag for The Cards with their “St. Louis Carninals” magazine, which is packed with photos, galleries and team history: 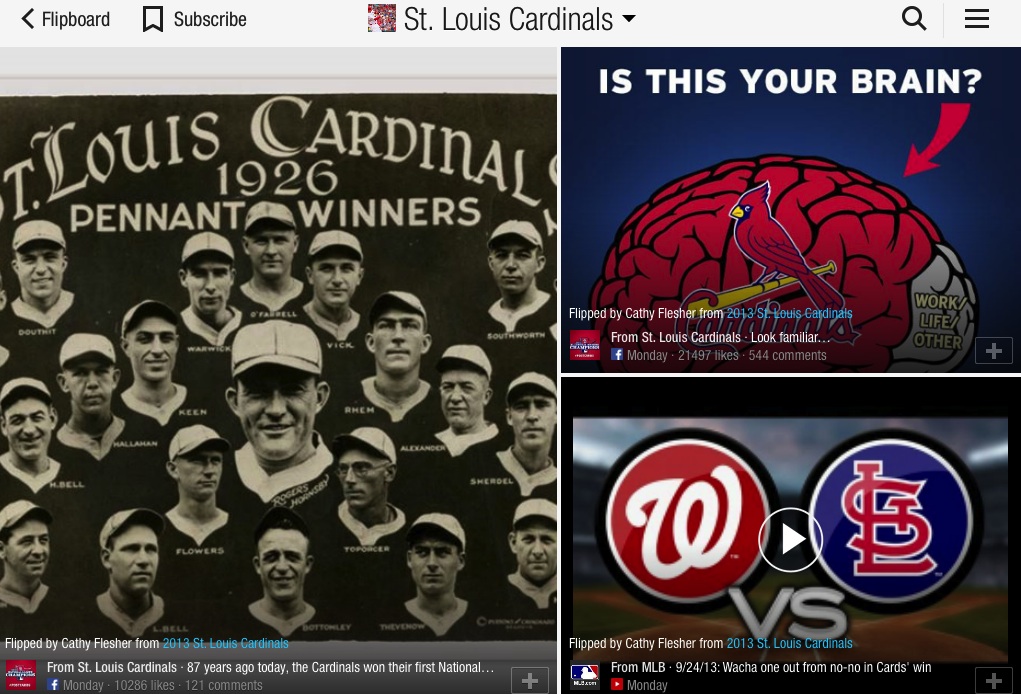 Both these mags are great places to follow the action, but they aren’t your only options. There are plenty of fan-mags to choose from for each team, so browse the lineup by typing “Boston Red Sox” or “St. Louis Cardinals” into the Flipboard search box and explore the results under Magazines.