On the Red Couch with Actress and Writer Samantha Jayne 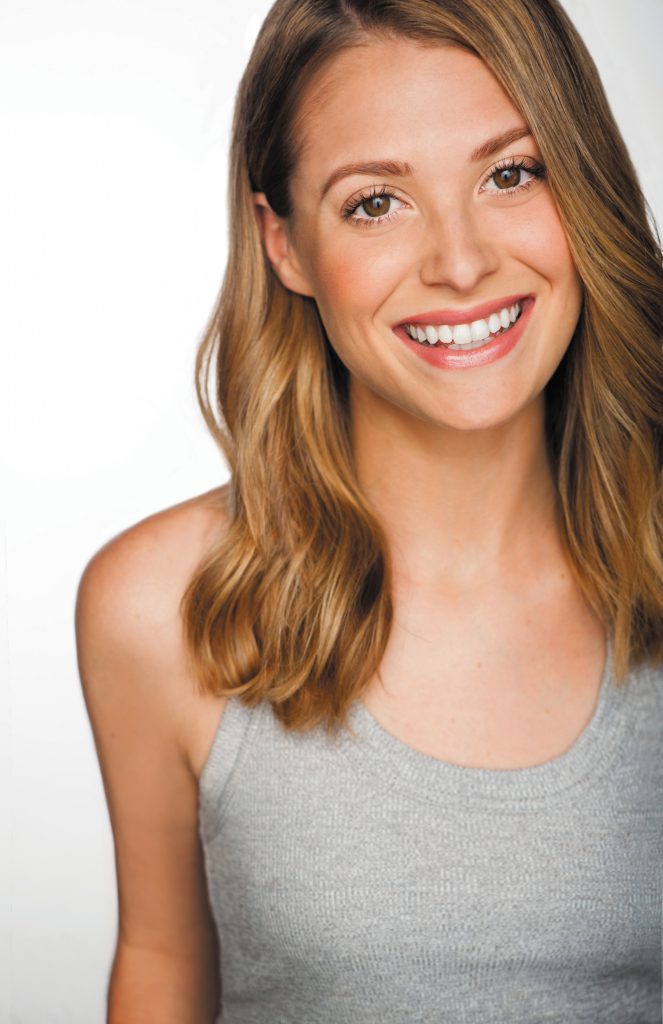 Life as a twentysomething can be deceiving. Those who aren’t wandering through this stage of life might look at it with wistful eyes. But things always look better from afar, and in reality, young adulthood can be its own kind of limbo, with swirls of confusion, pressure and anxiety.

Just ask Samantha Jayne, author and creative engine behind Quarter Life Poetry,  a popular and entertaining Instagram account, Tumblr and now book that chronicles #thestruggle of being a millennial today. At 26, the actress-writer-illustrator is technically a millennial, though she’d rather not be called one. After graduating and realizing her expectations didn’t translate into realities, Jayne found herself disconnected from her peers, weighted down by student loans and remnants of a five year plan. So she looked ahead and used her ingenuity, resources and playful spirit to conceive an idea that pokes fun at the daily lamentations of her generation. Thus came the birth of Quarter Life Poetry, a book of cute and quirky illustrated poems that addresses adulthood in a way that tickles our inner kid. Since its launch, Jayne has expanded the project with a series of funny short films. Her work has also been featured on Buzzfeed, PopSugar and the Huffington Post.

A Flipboard fan (she loves the food topics), Jayne tells us about her journey, opines on the truths and misconceptions about her generation, and spills the beans on what every marketer seemingly wants to know: how to talk to millennials and get them to listen. We talked to her at NewsCred’s #ThinkContent Summit in New York City last month, where she was giving the closing keynote.

How did you get the idea for Quarter Life Poetry and how did it grow to the 104,000 followers it has today?
I got the idea for Quarter Life Poetry when I was feeling really disconnected from my peers. I wanted to deal with these weird times in my life in a lighthearted way because I think the best way to connect with friends is to joke with them—nobody likes a downer. As a twentysomething, I felt like I wasn’t fully an adult yet, but more like a kid who was playing dress up as an adult. So I thought that poetry would work really well with that like those singsong rhymes that you’d find in Dr. Seuss books. 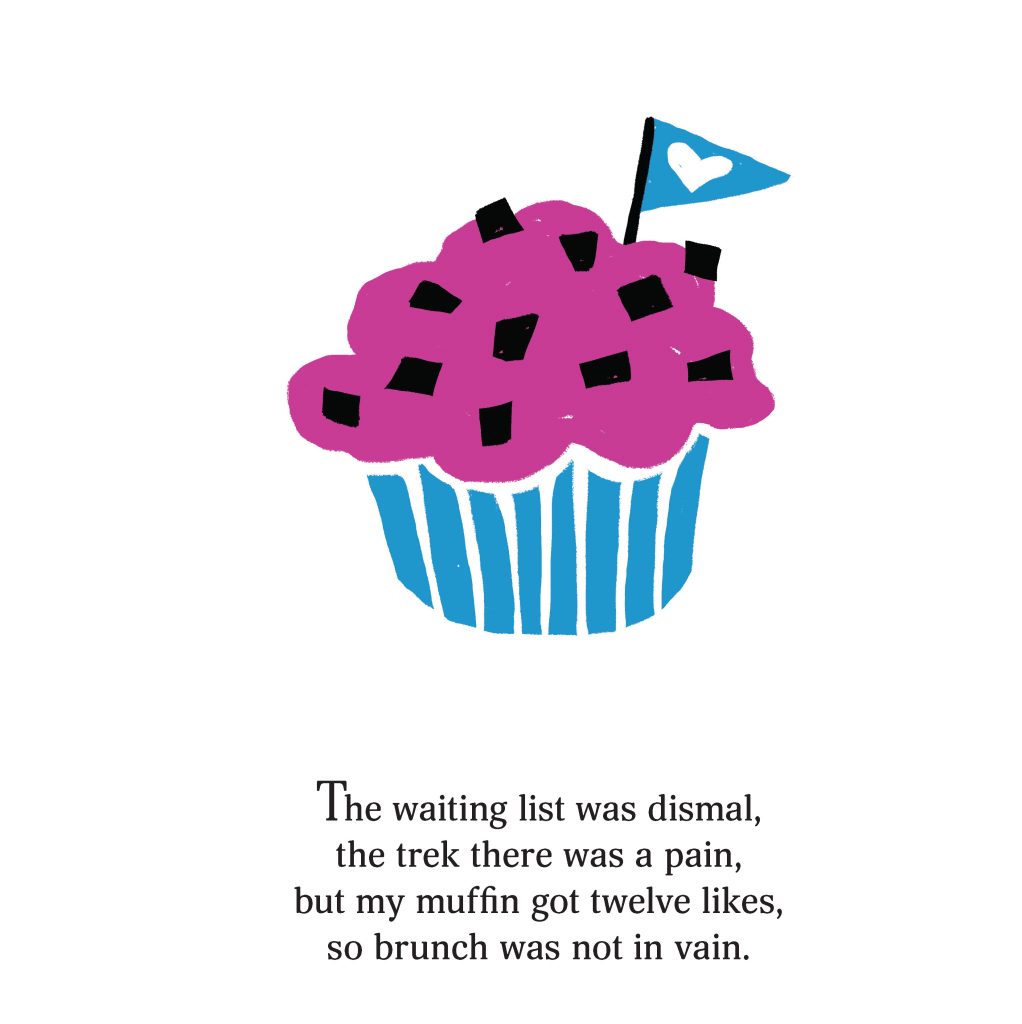 I started the Instagram handle @QuarterLifePoetry along with a Tumblr so I could keep it all in a square format. I kept it very simple. I wanted to be able to create things that I could put out really quickly and not have to think about and spend all day toying around with. I’m a perfectionist and I can get too into the details, so I wanted to step away and do something with a sketch-like feel.

When I started posting them, I had a hundred pity followers who were friends and family, like my dad who just went onto Instagram for that. I started adding all these hashtags like #thestruggle and noticed that these strangers found it and started sharing them as e-cards with their friends. I didn’t think people would do that, but I liked that they did, so I kept it going and it grew from there.

It’s funny and self-deprecating. How much of it is true and how much of it has actually happened to you?
Not all of it is true. Like, I don’t have a MFA or some of the other degrees that I mention—a lot of them are from my friends’ experiences. My life hasn’t been THAT bad. But a lot of it draws from my own experience, and a lot of it is hyperbolized experience. Like no: I’m not naked on the couch eating ramen, but I am wearing sweatpants on the couch eating Thai leftovers. 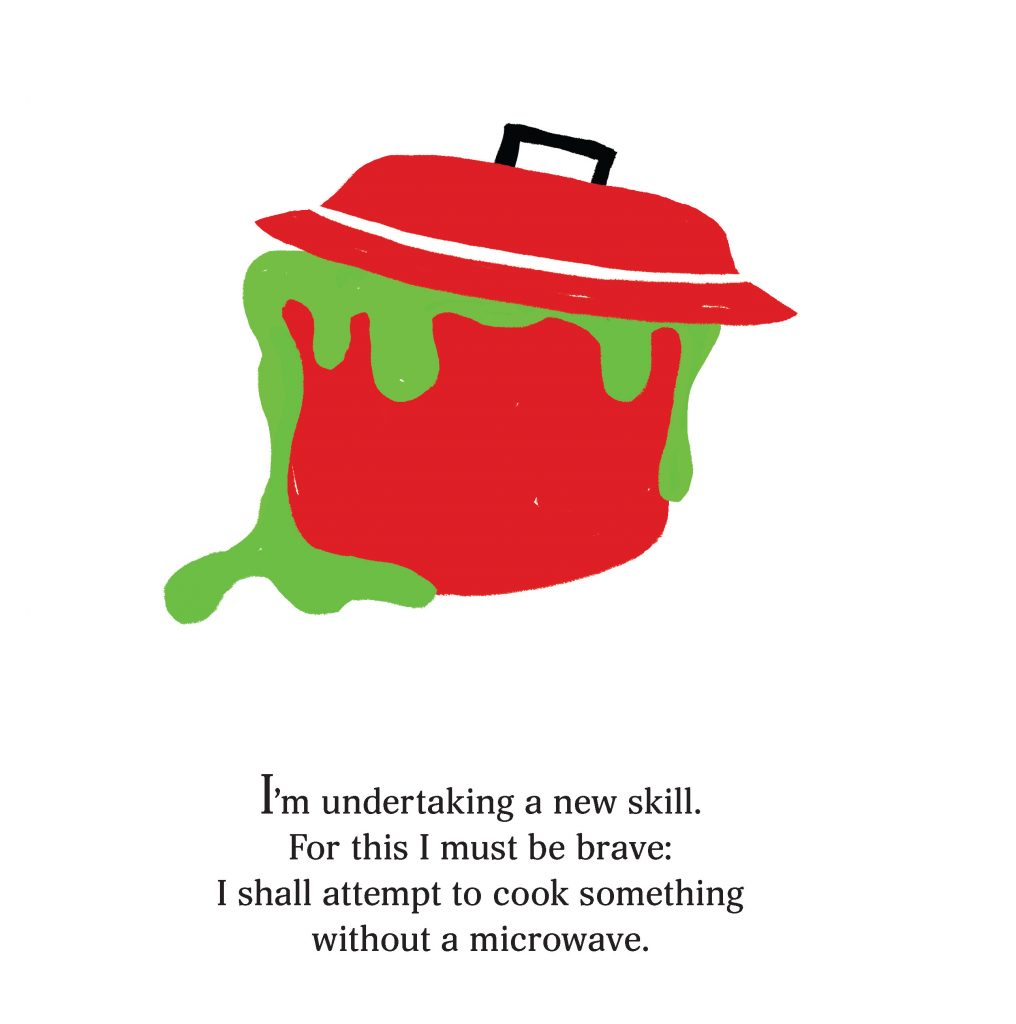 Which ‘poem’ has resonated the most with people?
There are two. The first is the wine poem where I’m on a juice cleanse and it’s going fine, the juice is fermented. Okay, it’s just wine. I think people just like talking about wine.

I realized that my audience was mostly female when I posted one that wasn’t necessarily that funny but it was about going out to tapas with friends just for validation. Like going around and saying shitty stories and being fake. It was crazy—they were all inviting their friends out to tapas and drinks in the comments section. They used the [post] as a way to reach out to their friends, which I thought was awesome.

How do you feel about the term ‘millennial?’
I think it’s funny. It’s definitely a term coined by marketers. It’s not a term I use—I don’t sit around with my friends saying, “Don’t worry, only millennials will be at the party.” I know that it encapsulates the whole demographic, and it makes sense to use, but I don’t like the negative connotation that comes with the word. I prefer “twentysomething”—it’s nicer. 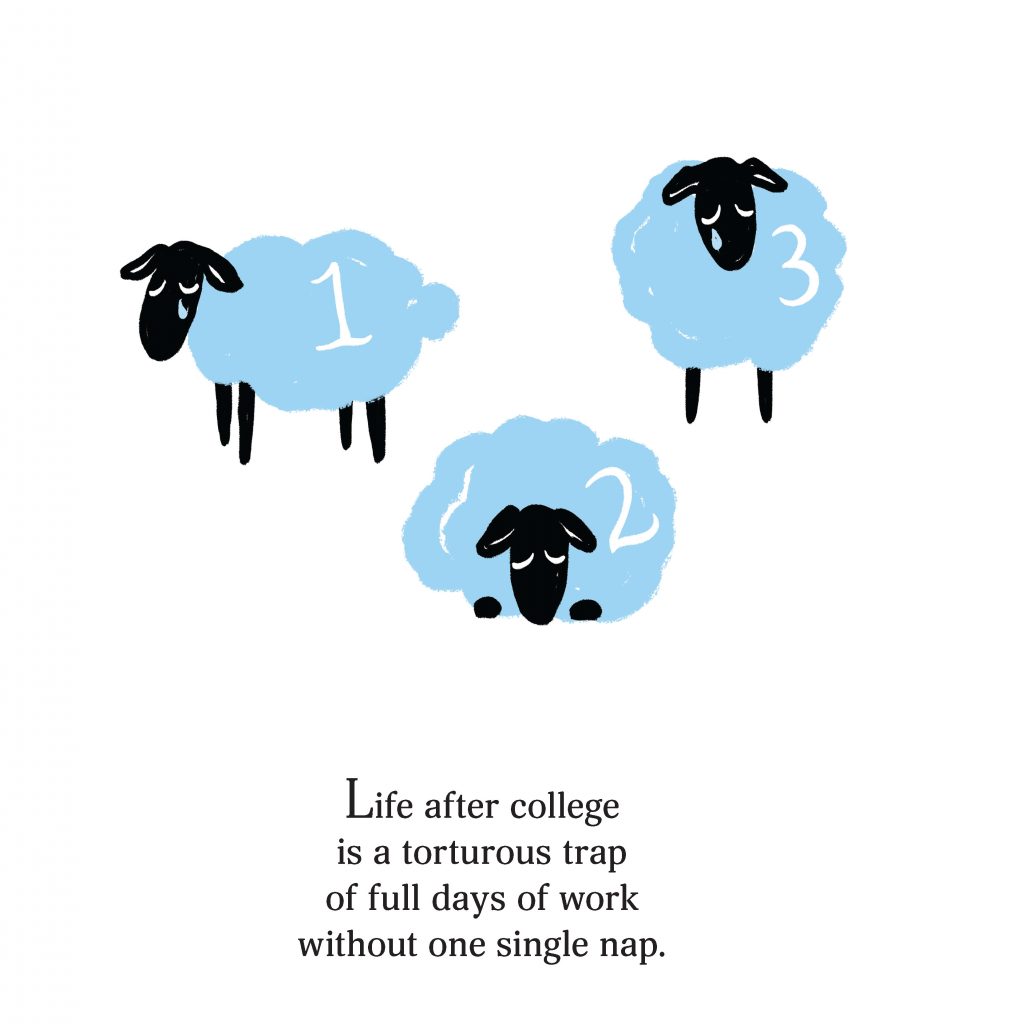 What millennials are seeing is a structure in the workplace that’s not necessarily working. Sitting there from 9-to-5 for the sake of burning time and being there might not be as effective as a creative person showing up a little earlier and maybe leaving earlier because that’s the amount of time that that person needs to focus. I think a lot of twentysomethings have realized that, and in turn, have become innovative—which I think is the greatest truth about millennials. It’s the “what does work?” mentality—being able to put their own stuff out there and utilize all these tools and resources to do so. That’s the way we’re able to level the playing field and become our own bosses. There are so many innovators and entrepreneurs that just get started by having an Internet connection. It’s one of the greatest truths about millennials: they’re resourceful and innovative.

Would you say that’s what you’re proudest of with your generation?
That, and our openness to other people. As a whole, we grew up in a world that’s more accepting of diversity.

I can’t speak for everyone—there are still a lot of people against these changes—but overall, we are progressive, accepting, and don’t necessarily have to stick to certain societal norms just for the sake of carrying them out. We question and challenge them because we want to create change for the better.

What about #thestruggle? What would you say are the greatest struggles of quarter life?
Feeling stuck, not knowing what you want to do for the rest of your life, or going down this path—the five year plan—and two months in feeling like a failure because it didn’t go as expected.

I graduated during the recession and during that time it was difficult to find a job. It was tough, but I think that the struggle pushed people to become more innovative. If you couldn’t find a job, you created one. We all had the conventional expectations after we got our college degrees of everything we were supposed to do. The reality was that we had our degrees, but we also had $40,000 in student loans with no job prospects. It was definitely an ‘oh, shit’ moment. There’s a big difference between expectation and reality, especially with this generation. That’s the real struggle. 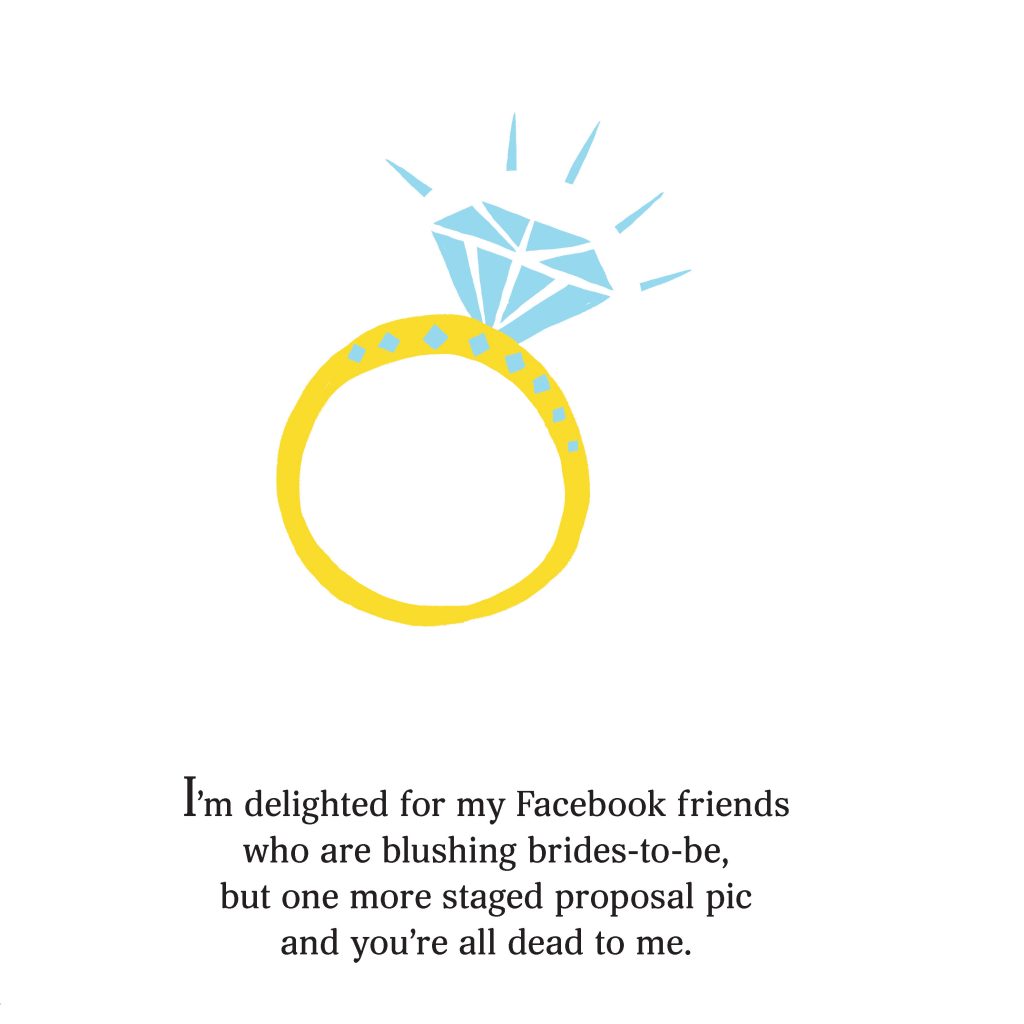 How do you inspire yourself and find creativity?
Taking a walk, going out with friends—it’s weird because I don’t generate creativity by sitting on the computer and trying to come up with an idea. It doesn’t happen that way. But overhearing funny conversations and being able to go out and step away from it fuels me.

Looking ahead, how do you think about your “Half Life” or even “Three Quarters Life” poetry?
Can I do this for my entire life? No. I think the reason that Quarter Life Poetry is funny is because we are young and the stakes aren’t that high, even though they may feel really high. But Mid-Life Poetry or Hospice Poetry would be depressing as shit. For right now, it’s a good thing to do. 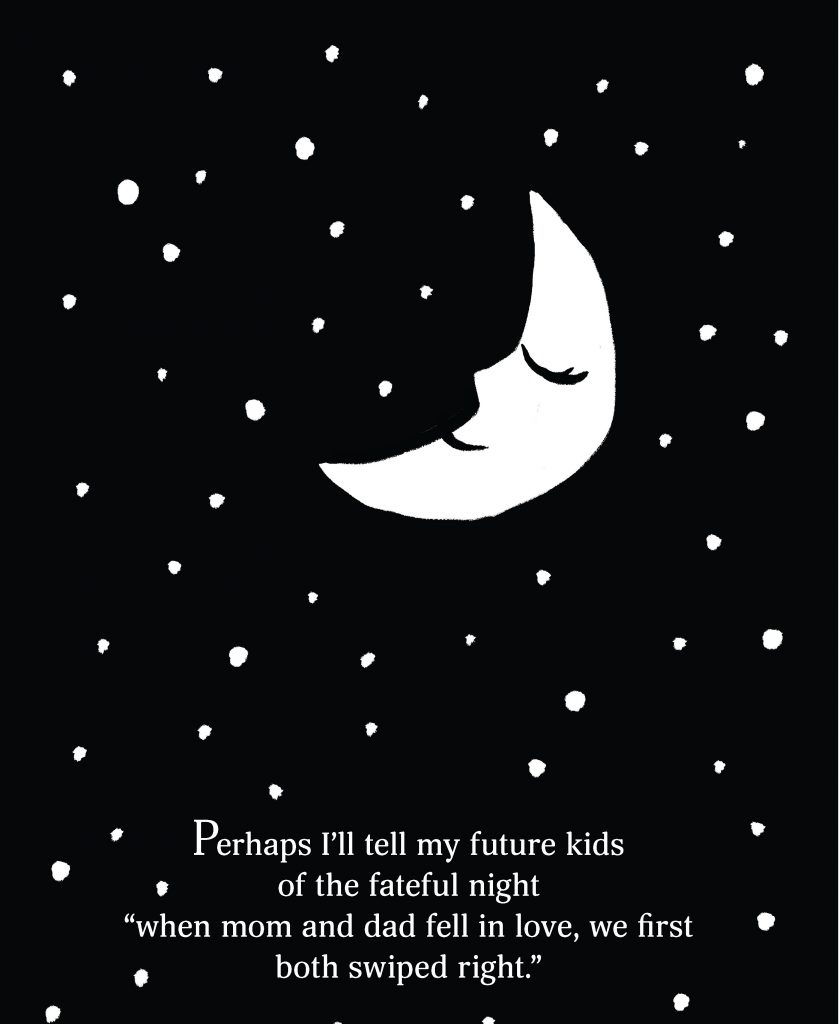 Check out the Quarter Life Poetry Tumblr on Flipboard.