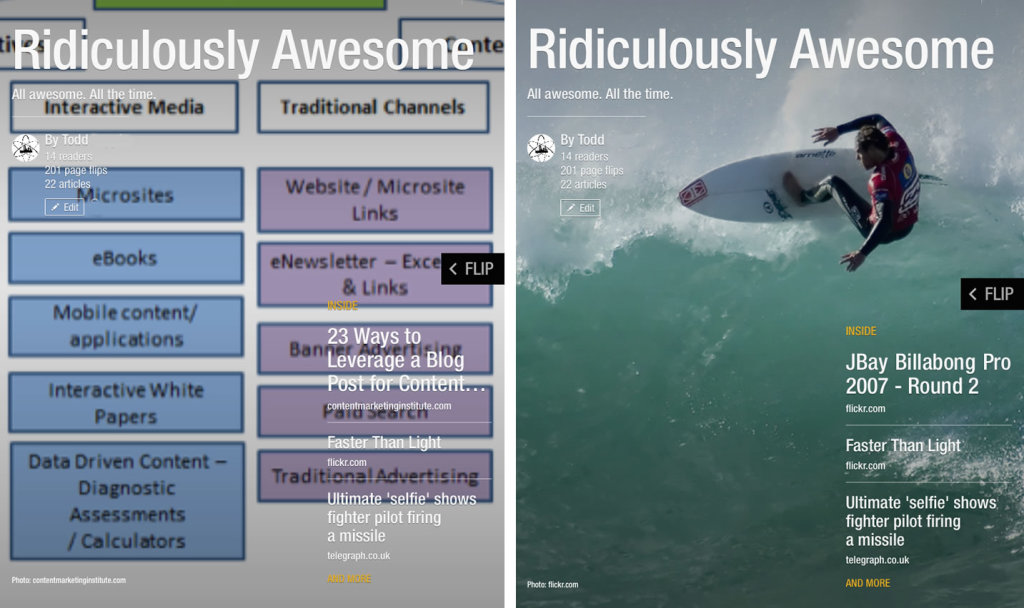 This is a tale of two Flipboard magazines.

Both are Ridiculously Awesome. Both were created by the same person, and both contain the same content.  Yet as you can see above: the magazine on the right really does look ridiculously awesome. But the mag on the left looks…not so awesome at all.

Actually, these two magazines are almost exactly the same. The only difference is the cover image. As you can tell, the cover does a lot to make a first impression. Which would you want to read?

By default, Flipboard automatically selects a cover image for your magazine – usually a recent item with a photo that was flipped into your magazine. Most of the time, that auto-generated cover looks pretty good.

But not always. The cover on the left demonstrates how a weak image can subvert an otherwise-promising magazine. What’s wrong with that one? Firstly, it’s not clear how the image relates to the magazine’s subject. Secondly, it’s in a low-resolution and looks blurry on a tablet device. And finally, it contains a lot of text, which makes the cover look jumbled and busy.

The most reliable way to ensure your magazine cover always looks as awesome as the content it contains is by taking advantage of the fact that Flipboard lets you select your own cover image from any piece of content you’ve flipped into your magazine. It’s super-easy. Here’s how to select a cover image for your magazine: 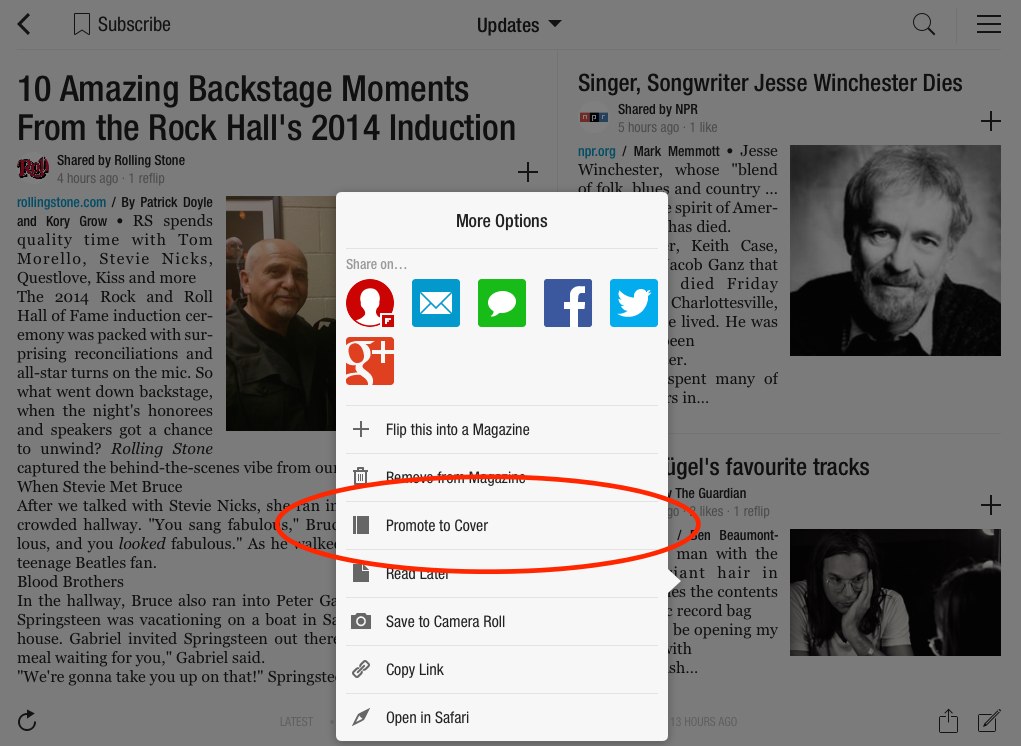 Boom. Done. There you have it: A cover image curated by you.

As an alternative, you can also select a cover image via Flipboard’s web-based Editor tool.

A few final tips to think about when selecting cover images:

Congratulations, you now have the power to make your magazine look ridiculously awesome.