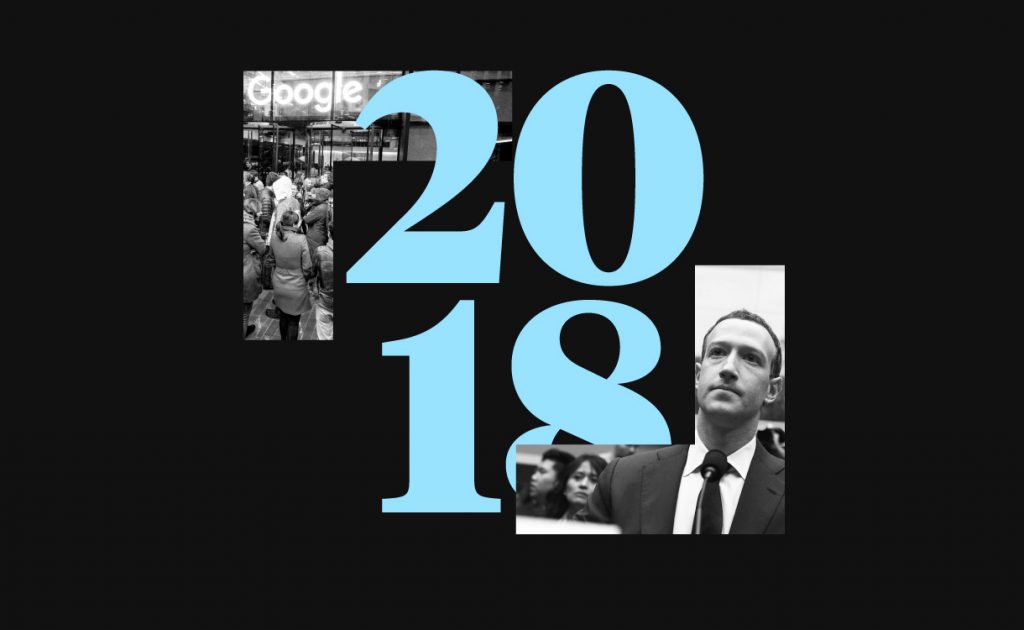 Here at Flipboard, we’re as crazy about technology as we are about our community. So as we reflect on the moments that shaped 2018 for Year in Review, we thought we’d take a closer look at tech.

While it’s easy to entertain each other with what Apple, Samsung, and Google announced this year, or the latest developments in autonomous vehicle technology, or which startup received the most funding, we took a look at how technology has changed our world — for better or for worse.

For Tech’s Year in Review, we’ve identified 10 such moments in tech, curating articles from publishers like CNET, The New York Times, TechCrunch, Digital Trends, VentureBeat, WIRED and Bloomberg to provide a comprehensive overview about each major issue. They are:

The Passage of GDPR:

European Union lawmakers passed a user-centric data privacy law dictating what companies can and cannot do with the information shared with them. This has far-reaching implications worldwide, affecting internet businesses, media publishers, and anyone else with European users.

Hardly any other company was in the headlines as frequently this year as Facebook. From chief executive Mark Zuckerberg’s appearance before Congress over the company’s role in the 2016 election and stemming fake news, to the Cambridge Analytica scandal, its massive data breach, and the role of WhatsApp in facilitating misinformation, we look at Facebook under attack from critics and how it’s trying to find itself.

Remember when Amazon was just a place to buy books? This magazine looks at the company’s rapid expansion into new areas and the scrutiny it has received from its hometown of Seattle, cities that bid for the company’s second headquarters, and Congress.

The European Union ordered Google to pay $5 billion after declaring that the Android operating system violated antitrust rules. Learn how the issue came up, what Google’s reaction was, and what it means for Android users in the future.

One of the underlying themes of 2018 was whether tech companies should become regulated. Executives from Facebook, Microsoft, Apple, Alphabet/Google, IBM and Amazon have all weighed in on the issue, and a growing number of Americans seems to support imposing controls on the industry.

In Pursuit of Ethical Technology:

Not only do tech companies have to contend with public outrage over use of their data, wage and gender equality, and overwhelming impact on their lives, but Silicon Valley also experienced discord from within their ranks. 2018 was marked by numerous demonstrations by employees upset about how their work was being used by law enforcement or things they perceived to be unethical.

Microsoft’s co-founder died in October after a bout with cancer. We remember his legacy creating one of the industry’s biggest companies, his pursuit of breakthrough technologies and his philanthropic contributions.

Big Deals, Acquisitions, and Shakeups in 2018:

This magazine looks at the big investments that were made this year, which companies went public (and those waiting in the wings), executive departures and other notable moves.

Beyond the newest iPhones, Samsung devices, and laptops, what gadgets were people talking about this year? This magazine looks back at some of the electronics that received the most hype and what reviewers thought of them.

2018 was ushered in with 5G technologies being hyped at the Consumer Electronics Show, so it’s only fitting that we look at where things stand nearly a year later and whether we’re any closer to seeing its potential to change the Internet of Things landscape, how companies do business, and what consumers will come to expect from their mobile carriers.

You can see all these Year in Tech Review magazines on Flipboard. If you’re interested in seeing more recaps of what happened in business and tech, check out our main Year in Review collection.

—Ken is the curator behind the Year in Tech