We at Flipboard are on a mission to inform and inspire the world. In light of that, we read a lot. In this ongoing series, we share the best things we’ve read recently—whether it made us smarter, challenged our perspective or just made us laugh when we really needed it—and explain why we believe each story is worth your time. This week we hear from Nora Barak, Engagement Editor at New York Magazine, one of our publish partners. 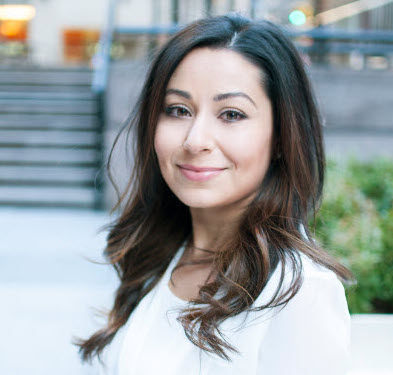 Hi Flipboard fam. I’m Nora and I love content. I spend my days consuming it, creating it, running the social media team at New York Magazine and skimming probably hundreds of stories a day.

I say “skimming” because that’s what this job has trained me to do in order to get through everything I need to read on a daily basis. But there are usually a handful of stories each week that stop me in my tracks and hold my attention until the very last word. Below are those stories from this week.

The War Over Women’s Bodies in Ireland Is Here // The Cut, Una Mullally

Una Mullally’s piece about the Ireland abortion referendum reads as a part opinion, part history lesson. I was reminded of Ireland’s darker past, one that is a stark contrast to the current revolutionary climate and makes me feel that much more proud of the young people standing up and saying “not anymore.” Even for those who have been following this saga closely, Mullally’s piece still serves as a good refresher for what’s at stake on Friday.

Lil Tay, self-proclaimed “youngest flexer of the century,” came into our lives swiftly, rising to YouTube and Instagram fame faster than you can say “algorithm shift.” And now, like a flash in the pan, she became yet another former child star, exploited by greedy grown-ups. This deep dive captivated me for a solid half hour, which included retroactively watching some of the Lil Tay videos I’d (somehow) missed.

How to Pair Wine With Mac and Cheese So They’re Both Even Better // Grub Street, Vanessa Price

Grub Street does a Wine Pairing of the Week column that just really speaks to my soul in the most profound way. They advise on which Moscato to pair with pancakes, the reason Sancerre works best with Cheetos, and most recently, why the right wine for mac and cheese is in fact the opposite of what you might expect. I won’t spoil it for you; you should read it yourself. You deserve it.

I truly enjoy reading obituaries. Every once in a while, I’ll come across one that makes me wish that person could come back from the dead so I could meet them. Like this one of Dovey Johnson Roundtree, a black lawyer who was such a ballbuster, “there were many men who did not appreciate being ground up into hamburger meat” by her.

We can talk about glass ceilings and glass cliffs all day, but this woman puts us to shame. She helped secure a landmark ban on segregation in bus travel—three years before Rosa Parks refused to yield her seat in Montgomery. In 1942, she confronted white commanding officers about segregationist practices, including “colored only” tables in the mess hall, and succeeded in getting them to take down the signs. She then went on to win acquittal for a black man accused of the murder of a white Washington socialite.

I really think you should read this obituary, and when you’re done, scroll through the others. I promise you’ll get hooked on reading them, too. And then I won’t be the only weirdo reading obits in my spare time.

If I didn’t include this is in a roundup of the best things I read this week, I’d be lying to myself and to everyone who reads this.

Did you know that the *real* Avril Lavigne died in 2003 and was replaced by a lookalike to keep the cash machine flowing? At least that’s what this twitter thread conspiracy theory alleges and I’m not saying it’s right, but I’m not saying it’s wrong. Read and decide for yourself.