The Academy Awards on Flipboard 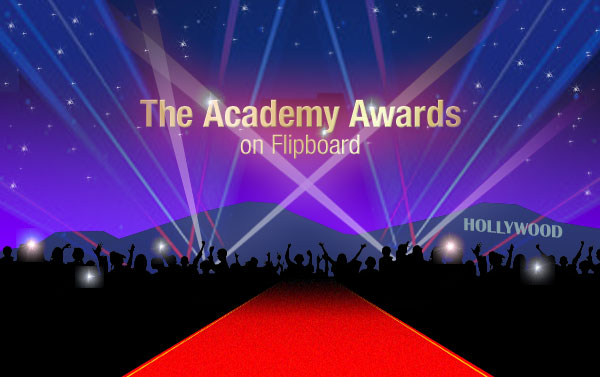 Over the 83 year history of The Academy, there have been a lot of changes as the event evolved and technology advanced. The famous secret ballot was a major change from the early years when the results were known in advance. The show began broadcasting on television in the days of black and white, then made the move to color TV.

Now you can enjoy an amazing HD broadcast and sit with digital communications in your lap. The iPad is the perfect companion to the viewing experience, enhance your experience of the show with your Flipboard. Play “Pass the iPad” at your Oscar party to see what the stars, critics, and writers are saying during the event. Just add the following feeds to your Flipboard:

The Academy of Motion Picture Arts and Sciences presents the 83rd Academy Awards. Be sure to follow all the excitement of Oscar night directly from the organizers of the show!

Academy Awards Ceremony special curated feed for Flipboard by Sulia. This source follows an incredible array of posts from celebrities, entertainment journalists, magazines, and other luminaries from around the entertainment world. See all their comments, stories, photos, posts, and tweets as the show progresses. Who knows what might get posted as the night goes on!

Roger Ebert see what the one of the most famous movie critics has to say about this year’s Awards. No doubt he’ll have more to say than “thumbs up” or “thumbs down”.

Film is our Flipboard curated feed which contains several more sources about the movie industry. Add this as a section for a different look at the event and more about the movies. Combined with the other feeds we’re featuring, you should get an incredibly well-rounded perspective on the show.

Are you excited about the Oscars yet? Which of the best movies and your favorite stars will win this year?

Here’s a summary of the top categories. And the nominees are:

Performance by an Actor in a Supporting Role: Christian Bale (The Fighter), John Hawkes (Winter’s Bone), Jeremy Renner (The Town), Mark Ruffalo (The Kids are All Right), Geoffrey Rush (The King’s Speech)

Have a great time!