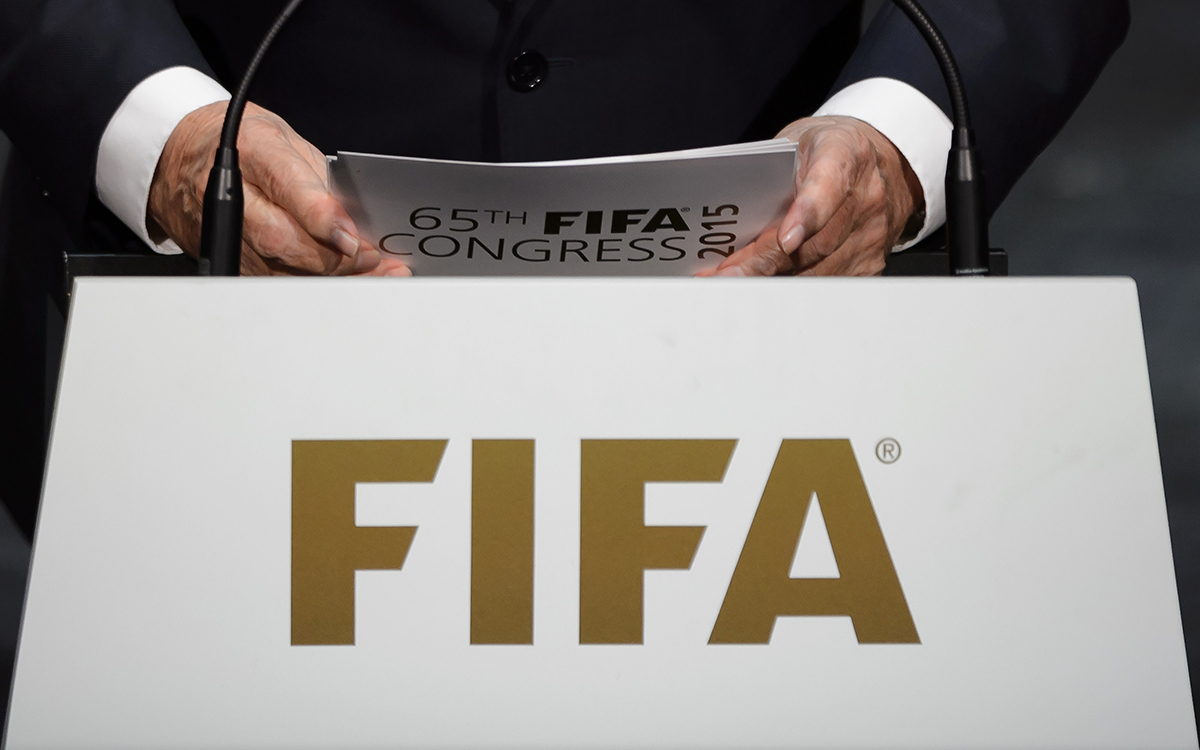 This week started slowly with the Memorial Day holiday and ended not so slowly with the FIFA corruption allegations. In between there were big tech announcements, new studies and a few more presidential announcements. Read our top picks from The Daily Edition this week.

1. Why is the U.S. investigating FIFA? – CNN, Saeed Ahmed

Top line: “Most of the 14 people indicted aren’t Americans. But as U.S. Attorney Loretta Lynch lays it out, the suspects planned their crimes in the U.S.; they used the U.S. banking system; they planned to profit through schemes that targeted the ‘growing U.S. market for soccer.'”

2. Everything Google Announced at Google I/O 2015 in One Handy List – The Next Web, Natt Garun

Top line: “Google says in its keynote that it will expand Android Pay by partnering with mobile providers to pre-install the feature on new devices. Partners include T-Mobile, Verizon and AT&T. To authenticate payments, you can use your fingerprint to verify your identity.”

Top line: Meeker, a venture capitalist at the firm Kleiner Perkins Caufield & Byers, is renown for her business expertise and releases an annual Internet Trends report that is widely read and discussed.

4. What Good Is Thinking About Death? – The Atlantic, Julie Beck

Top line: “The only antidote to death is immortality. And so, terror-management theory holds, when faced with the idea of death, people turn to things they believe will give them immortality, literal or otherwise. The hope of true immortality can be found in religion’s promises of heaven or reincarnation, or in some of science’s more dubious life-extension promises (Just freeze your dead body! They’ll wake it up later!).

More often though, it’s the hope of symbolic immortality that calms the frightened rabbits of death-fearing hearts—the idea that people are a part of something that will last longer than they do. Their culture, their country, their family, their work. When thinking of death, people cling more intensely to the institutions they’re a part of, and the worldviews they hold.”

Top line: “Nationwide, gay men of all races are still the primary source of new HIV infections, and cases are still concentrated in urban centers. But according to data from AIDSVu at Emory University, of the 10 states with the highest rates of new infections, the majority are clustered in red states across the I-95 corridor and Mississippi Delta region.”

6. Can We Unlearn Social Biases While We Sleep? – Popular Science, Xiaoqing Hu

Top line: “We were surprised that this sleep-based intervention was so powerful when participants woke up: the biases were reduced by at least 50 percent relative to the pre-sleep bias level. But we were also surprised at how long the effect lasted. At the one-week follow-up test, the sleep-based intervention was still effective: bias reduction was stabilized and was significantly smaller (approximately 20 percent) than its baseline level established at the beginning of the experiment.”

Top line: “Evangelical voters fueled Santorum’s rise in 2012, as he campaigned on intense opposition to gay marriage and abortion. In campaign-like appearances this year, however, he has spoken more about blue collar economic issues, including stagnant incomes and his call for an increase in the minimum wage. But in Wednesday’s event, he did not shy from referencing faith and family values. ‘America can’t succeed unless we strengthen the first economy: the American family,’ he said.”

8. How the eyes betray your thoughts – BBC, Mo Costandi

Top line: “Watching the eyes can even help predict what number a person has in mind. Tobias Loetscher and his colleagues at the University of Zurich recruited 12 volunteers and tracked their eye movements while they reeled off a list of 40 numbers. They found that the direction and size of the participants’ eye movements accurately predicted whether the number they were about to say was bigger or smaller than the previous one – and by how much. Each volunteer’s gaze shifted up and to the right just before they said a bigger number, and down and to the left before a smaller one. The bigger the shift from one side to the other, the bigger the difference between the numbers.”

Top line: “So the two women decided to work out a system together. Eileen would act as secretary and booker to Natálie and to another model, Inga Lindgren, a Swedish beauty with high-arching eyebrows and meticulously manicured nails. Each model would pay Eileen $65 per month for her secretarial assistance and for making phone bookings, while Natálie would act as a discreet publicist and drummer-up of business, quietly recommending the energy and efficiency of Eileen’s services to other models…Natálie beat the bushes well. Eileen started working for her and Lindgren in the fall of 1946, and by March of the following year Natálie’s word of mouth and Eileen’s proven efficiency had attracted the signing of seven additional successful models—high-flying women who were all fed up with how men were handling their business. Each newcomer paid Eileen a further $65 for her services, which took her monthly income to almost $600—some $7,000 per year.”

10. 12 Reasons Why Dehydration Is Bad for Your Body – Time, Linda Melone

Top line: “It doesn’t take much to become dehydrated. Lose just 1.5% of the water in your body (the human body is usually about 60% H2O), and you’ve reached the tipping point of mild dehydration. It can be brought on by many things—and it can do much more to your body than just make you feel thirsty. Dehydration also brings on health effects ranging from fatigue and smelly breath to more dangerous consequences like distracted driving.”

~GabyS is curating “The Daily Edition”