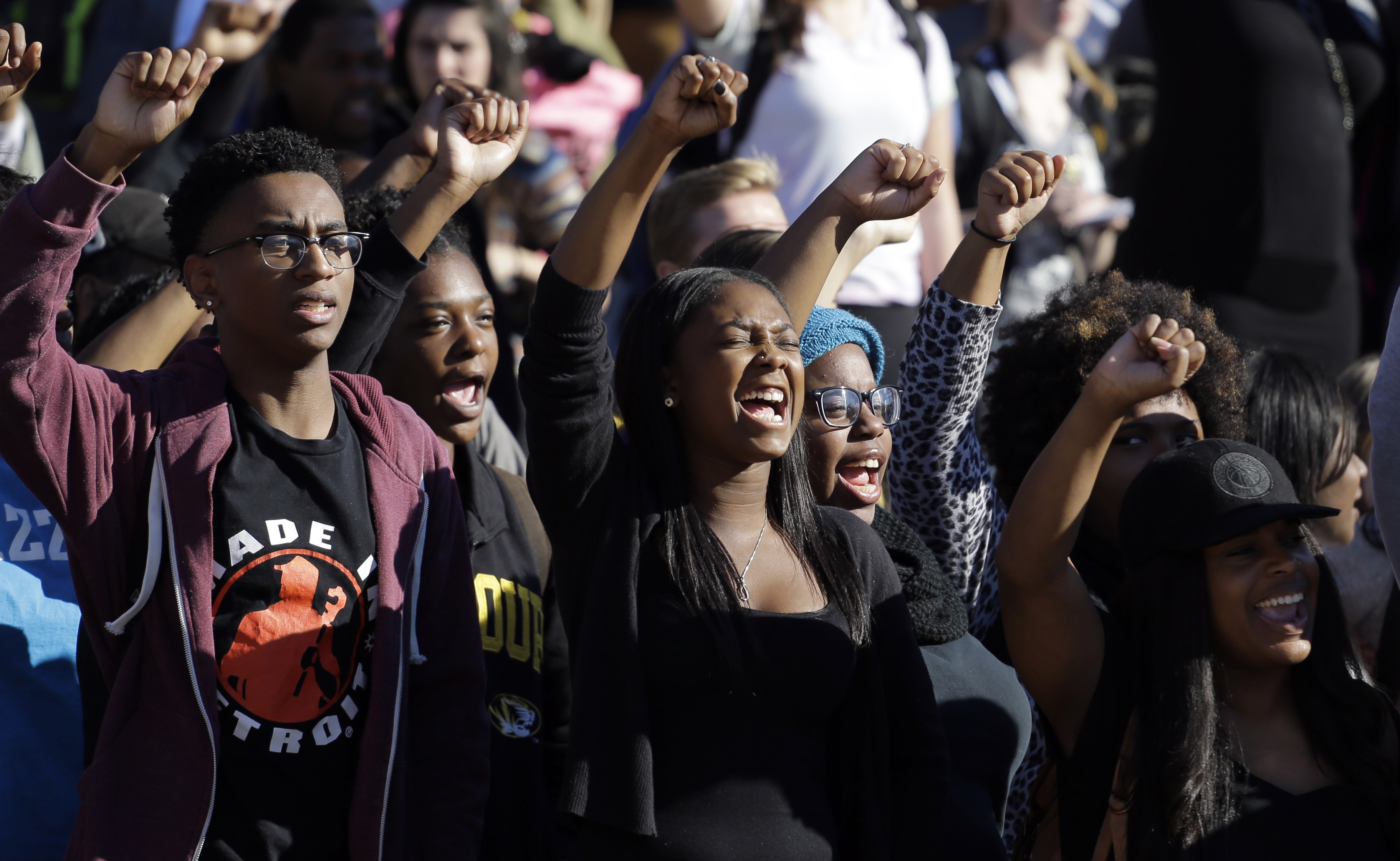 Each day this week was filled with big news stories including the United States’ strike against “Jihadi John,” the historic election in Myanmar, the boiling point over racial tensions at the University of Missouri and actions of a U.S.-led coalition against ISIS in Iraq, among other events. Read some of the most important stories of the week, all of which appeared in The Daily Edition.

Top line: “The United States had been tracking Emwazi closely since Wednesday, and he was seen leaving a building and getting into a car Thursday, U.S. officials said. Three drones went after that vehicle, which also had another person inside, and two Hellfire missiles were fired.”

2. The last 58 days at the University of Missouri – The Los Angeles Times, Joy Resmovits

Top line: “Someone called the student body president the N-word…Other students also were targeted…The chancellor posted a video…Students called for a stronger response…The students demanded the president’s firing…A swastika was found…A student embarked on a hunger strike…Protesters boycotted their own school’s services…The football team declared its support…The student government told the board to fire Wolfe…”

Top line: “Five years to the day after Aung San Suu Kyi was freed from house arrest, her National League for Democracy party officially clinched victory Friday in historic elections, with a large—and growing—majority in parliament shaping up as the strongest challenge to military dominance in over half a century.”

Top line: “Backed by a barrage of U.S.-led airstrikes, about 7,500 Kurdish peshmerga fighters, including thousands of minority Yazidis, launched a three-pronged attack against the ­Islamic State in the northern Iraqi city of Sinjar.”

Top line: “But instead of war, Charleston erupted in grace, led by the survivors of the Emanuel Nine. It happened suddenly, but not every survivor was on board. For some it was too soon; for others, too simple. Even so, within 36 hours of the killings, and with pain racking their voices, family members stood in a small county courtroom to speak the language of forgiveness.”

6. Obama and Netanyahu lay down the gloves (for now) – CNN, Stephen Collinson

Top line: “With just one year remaining in their official relationship, the pair sought common ground as they tried to put the ties between their governments on a more stable footing. And they managed– publicly, at least — to sketch out a formula on shared interests in Israeli security and the fast-deepening regional Middle East crisis that could head off future clashes.”

7. The Most Ambitious Effort Yet To Abolish The Death Penalty Is Already Happening – BuzzFeed, Chris Geidner

Top line: “The first goal of the 8th Amendment Project is to solidify the foundation for a Supreme Court challenge to the constitutionality of the death penalty. It will do so, Hill explained, by focusing on providing evidence relating to three main areas: The death penalty is being imposed and implemented less and less often; the few counties that do so highlight fundamental problems with system itself; and the people who end up on death row are not ‘the worst of the worst’ but are, instead, ‘the weakest of the weak.'”

8. The 11 most explosive moments of the GOP debate – Politico, Ben Schreckinger

Top line: “Trump’s back…Jeb stands his ground…Carson pivots from a question about his biography to Benghazi…Trump ‘meets’ Putin, slaps down Bush; Fiorina jumps in…Trump lashes out at Fiorina…Rubio takes on Big Philosophy…Rubio vs. Paul…”

9. Everything you’ve ever wanted to know about the hoverboard craze – Quartz, Mike Murphy

Top line: “2015 has been the year of the hoverboard. Back in January, CNN named the IO Hawk-branded hoverboard to be one of the coolest pieces of technology at the Consumer Electronics Show in Las Vegas. Since then, multiple companies, either making their own hoverboards, or rebranding Chinese imports, made it their mission to spur on demand for their boards by getting them in the hands of celebrities and influential individuals across the world.”

Top line: “…dogs and their owners both tended to show similar personality profiles…the correlation couldn’t be explained by the amount of time the dogs and their owners had spent living together, so it didn’t seem that the dog had simply learnt to ingratiate itself by copying the owner. Instead, the personality seemed to be part of the dog’s appeal in the first place. Perhaps it’s wise that we choose these companions to be so compatible: the average dog does, after all, outlive the average marriage.”

~GabyS is reading Science of Sleep