The Maritime: Magmaker Nathan Menefee Curates a View from the High Seas 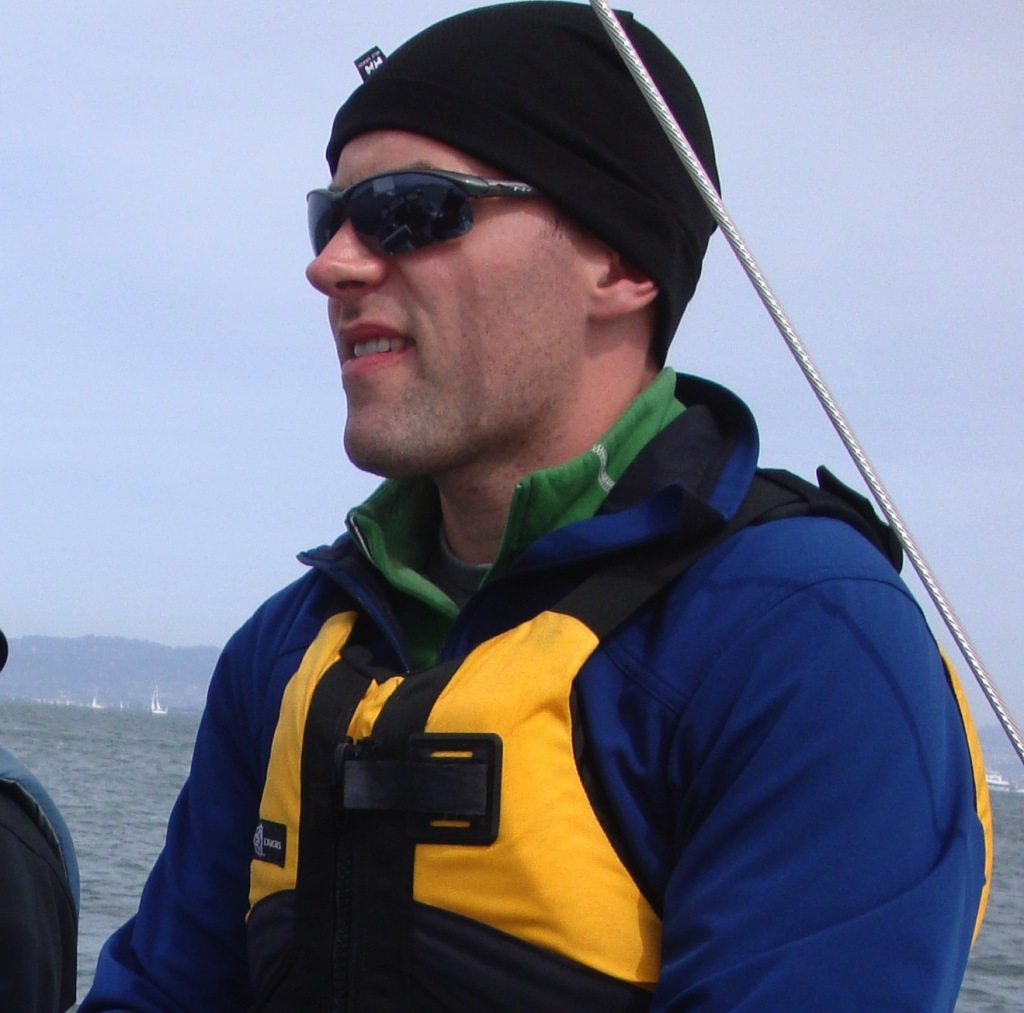 In print or on Flipboard, great magazines make readers feel like they’ve been transported to another world. With a savvy editor or curator serving as an expert guide, a magazine can be a rallying point for readers who share common interests or a distinctive point-of-view. That helps explain the appeal of The Maritime, a Flipboard magazine that mixes news and photography to create an immersive portrait of the global marine shipping industry. 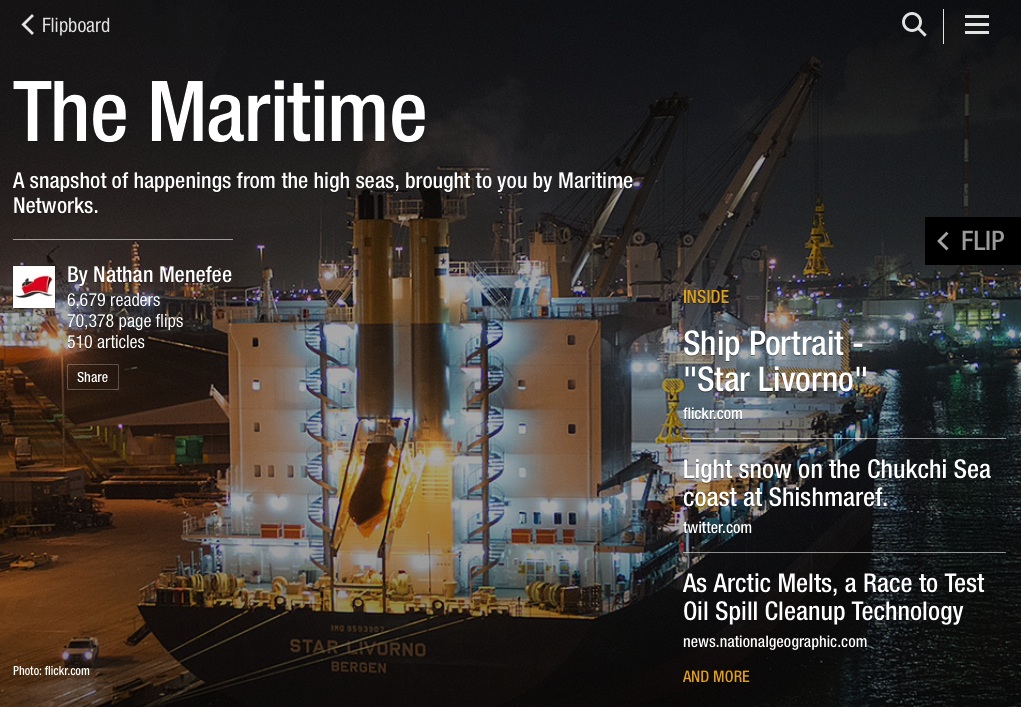 The Maritime has inspired ample wanderlust among several members of the Flipboard team, so we reached out to Nathan Menefee, the magmaker who created it, to find out more about his magazine’s unique perspective.

Do you actually work in the maritime industry?

I’m an active duty officer in the U.S. Coast Guard, and I’ve been around the industry most of my life. I went to the Merchant Marine Academy in New York, and I’ve been with the Coast Guard for 11 years. I work as a marine inspector in Alaska; I inspect foreign-flagged cargo ships, passenger ships, barges and fishing boats. We focus on safety, security and material inspections, as well as repairs when ships are in drydock.

What inspired you to create your magazine?

I have a blog called The Maritime — it still exists, but keeping a daily blog became too time-consuming, so I let it lapse. I wanted to continue doing something like that, but I couldn’t devote enough time and resources to it as a hobby. Then I heard about Flipboard. I was impressed by the way it displays images and text, and it’s a great way to share content. I reinvented The Maritime as a magazine, and I’ve been really happy with it.

What is life like aboard the kinds of ships we see in your magazine?

It varies a lot, based on what kind of ship it is. Container ships move quickly, so they stay at a port for only 12 hours or less. The big issue for those crews is the amount of time they spend away from home, with three months at a time spent aboard the ship. You get into routines, with regular watches, but that basically defines the rhythms of life aboard ship. When you’re at sea, it can be relaxing or monotonous. But if everything is working as it’s supposed to, it can actually be rather quiet.

How do you find the content that appears in The Maritime?

A lot of it comes from my Twitter feed. There have long long been newspapers and print publications that follow the maritime industry, but digital media has lagged. Twitter is very powerful, because it allows me to follow individual mariners, Coast Guard feeds and various maritime publications. I use the Flipboard bookmarklet to add items, but the majority of the content in the magazine comes via Twitter content that I’m reading via Flipboard.

What have you learned about the audience for your magazine?

On Flipboard, I’ve seen a lot of foreign interest — which makes sense because so many people who work aboard ships are from overseas. Generally, people follow the industry more when they are at home than when they are aboard ship. When a ship is at sea, the crews have a only a brief amount of time to connect online and catch up on the world while in port. Some readers are on drillships, which means the ships don’t really move around that much, so they have better access to the Internet. There are also people who work shoreside — technicians, logistics specialists and others who have more ability to stay connected. People like me, actually.

Although many of my readers are interested in the maritime industry, some just like the photography. I get readers who comment or ask questions — it’s fun to see people engage with something that is really just a reflection of my own fascinations. Knowing that thousands of people are reading it is a great feeling!

Read The Maritime on Flipboard