The Week in Review: Ferguson Aftermath

Unarmed 18-year-old Michael Brown was shot and killed by a police officer on August 9 in Ferguson, MO. His death transformed the small city into an epicenter of conflict and debate that has waged for over 10 days.

Attorney General Eric Holder visited Ferguson Wednesday, after it was announced the Justice Department is conducting an investigation into possible civil rights violations.

“The world is watching because the issues raised by the shooting of Michael Brown predate this incident,” Holder said on Wednesday. “This is something that has a history to it, and the history simmers beneath the surface in more communities than just Ferguson.”

“As Americans, we’ve got to use this moment to seek out our shared humanity that’s been laid bare by this moment—the potential of a young man and the sorrows of parents, the frustrations of a community, the ideals that we hold as one united American family,” President Barack Obama said this week.

Flipboard magazines are covering the latest news from the ground in Missouri as well as the larger societal issues of racial tension and gun violence: 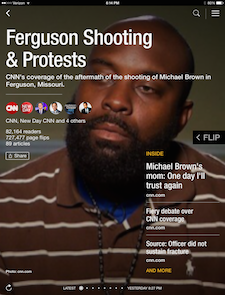 Ferguson Shooting & Protests by CNN: CNN has used its global resources to cover the events in Missouri. See images from the streets, follow the reporters’ reactions and watch those involved speak out. 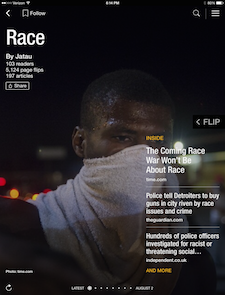 Race by Jatau: Ferguson breathed new life into the discussion of race in America. This magazine has analysis of the latest news, past events and the state of race relations in the U.S. 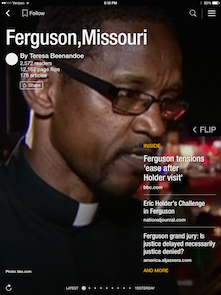 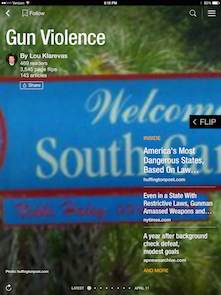 Gun Violence by Lou Klarevas: Gun violence is a big issue in the world today. Learn about the groups influencing the debate, which geographic areas are impacted most, and the tragic stories of people affected by guns. 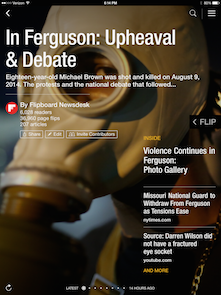 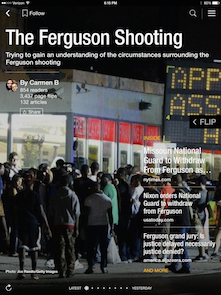 The Ferguson Shooting by Carmen B: What’s next in Ferguson? Stay up to date on the grand jury investigation and the steps taken on the ground.

Posted in: Ferguson Week in Review