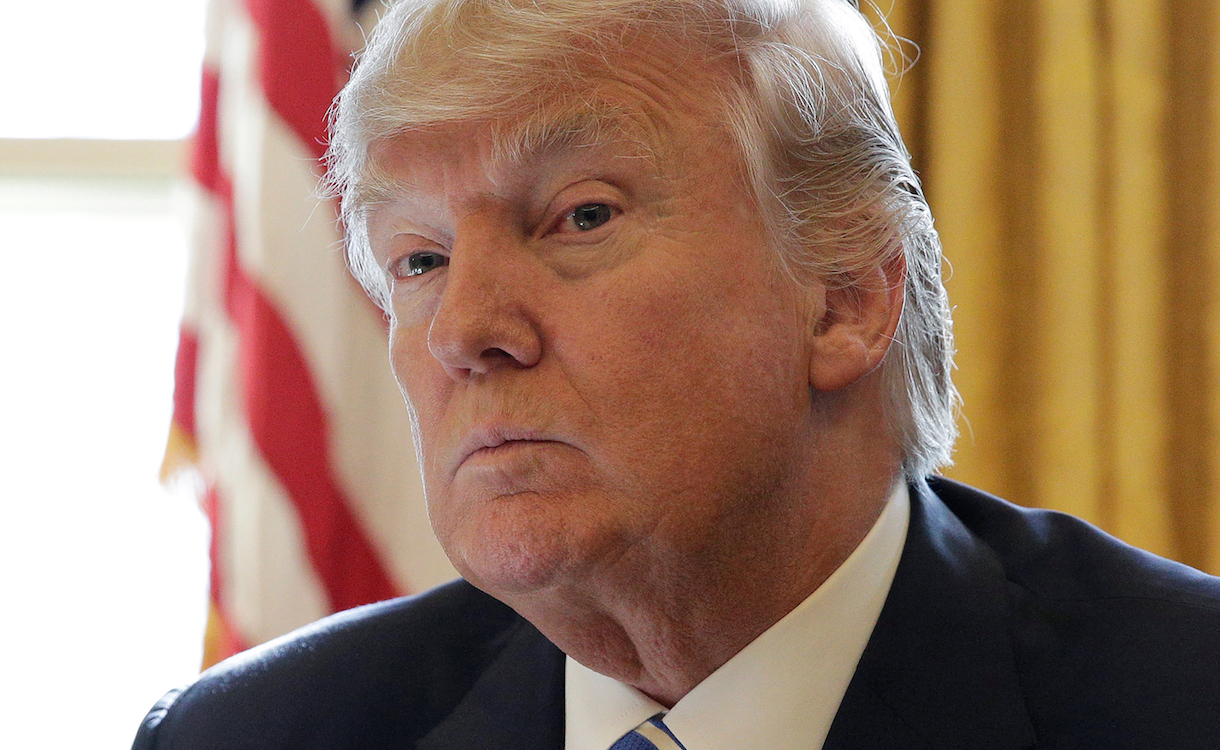 U.S. President Donald Trump sits during a meeting with Chief Executive Officer of Intel Brian Krzanich in the Oval Office of the White House in Washington, U.S., February 8, 2017. REUTERS/Joshua Roberts TPX IMAGES OF THE DAY

In the week following President Donald Trump’s immigration ban his relations with countries across the world continue to be under scrutiny.

Trump was joined by Japanese Prime Minister Shinzo Abe at the White House Friday. The two leaders took time to discuss the importance of an alliance between their nations, with Trump noting at a joint press conference that the U.S. is committed to Japan’s security.

Earlier in the week Trump seemed to defend Russian President Vladimir Putin, in an interview with Fox News. Asked if Putin is a killer, Trump said “We’ve got a lot of killers. What, do you think our country’s so innocent?”

The relationship between the U.S. and Russia has been heavily monitored since allegations of foul play in the presidential election came to light. But Trump has long been vocal about his aim to have a better relationship with Russia.

On Thursday it was revealed that Trump sent a letter to Chinese president Xi Jinping expressing the hope of developing a “constructive relationship” with Beijing. The letter also wished the people of China a happy Lunar New Year and thanked the Chinese president for his message of congratulations on Trump’s new role.

The president previously criticised China over the South China Sea and accused the country of participating in unfair trade practices. But his letter was seen as an attempt to improve communications between the two major nations and aid future trade and political agreements.

As Trump works to build bridges across the globe, he continues to face backlash. In the U.K., there has been consistent controversy surrounding Trump since his election. Thousands took to the streets to protest and over one and a half million people signed an online petition urging the government to cancel Trump’s state visit to the country. The president is due to visit the U.K. later in the year after a successful trip to the U.S. was made by British Prime Minister Theresa May in January. But the petition has now garnered enough signatures that it will need to be debated by members of parliament.

John Bercow, the Speaker of the House of Commons, added to the criticism saying he was against Trump addressing Parliament on his visit due to the body’s “opposition to racism and to sexism.” World leaders including former president Barack Obama, Chinese President Xi Jinping and Indonesian President Susilo Bambang Yudhoyono have addressed the British MPs in the past.

Meanwhile in Iran, Supreme Leader Ayatollah Ali Khamenei said Trump has shown “the real face of America.” Speaking in response to Trump imposing new sanctions on Iran over a ballistic missile test, Khamenei said he believed Trump was trying to scare Iranians, but would fail.

Keep up to date with all of Trump’s global plans and the impact they’re having via these Flipboard topics and magazines.

Donald Trump: Follow all the updates as the president continues to get to grips with his new role

Geopolitics: Take a look at how Trump’s actions are impacting the world

Free Trade: What new trade deals are on the cards for the U.S? Find out more here

Iran by BE EB: An in-depth look at the relationship between the U.S. and Iran

World News & Politics by Jax Lockyer-Barrett: Learn more about the issues across the globe in this time of political turmoil