The Week in Review: Trump’s First Week in Office 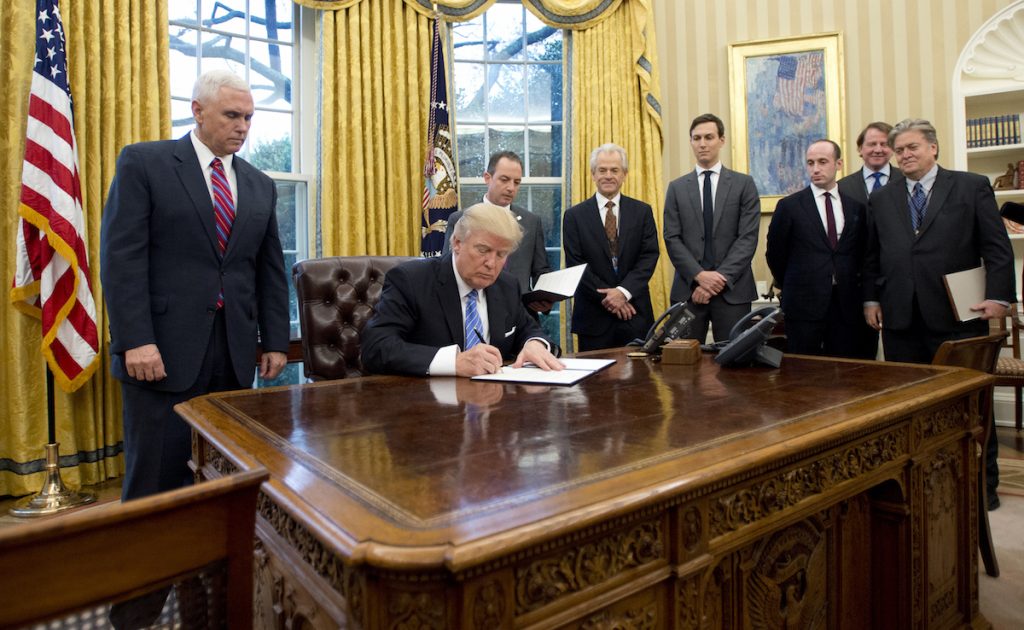 Donald Trump signs the first of three Executive Orders in the Oval Office of the White House in Washington, DC on Monday, January 23, 2017. Credit: Ron Sachs / Pool via CNP /MediaPunch/IPX

President Donald Trump‘s first week in office was active and controversial. The 45th president signed a record number of executive actions, welcomed his first foreign leader to the White House, delivered numerous speeches and sent a number of tweets that caused sharp responses.

He told the government to prepare for the repeal of Obamacare, ordered a hiring freeze for the federal government, pulled America from the Trans-Pacific Partnership deal, cut federal funding to foreign organizations that provide abortions, approved the Dakota Access and Keystone pipelines, instructed the homeland security secretary to prepare for building a wall along the southern border, called for an investigation into voter fraud and ordered an end to sanctuary cities. 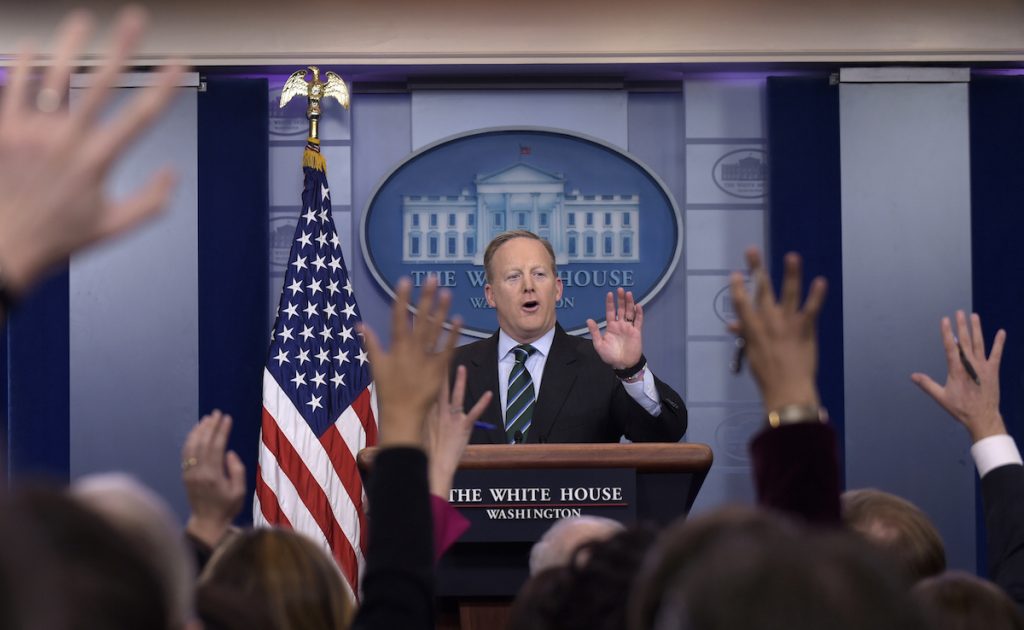 An executive order on Friday barred citizens from seven countries that are majority Muslim from entering the U.S. for the next 90 days and halted the acceptance of refugees for 120 days, which prompted immediate rebukes. And on Saturday, he signed three additional orders that imposed a five-year lobbying ban for those in the administration, reorganized the National Security Council’s structure and called for a plan to defeat ISIS within 30 days.

In addition to the long list of executive steps, the commander in chief met with CEOs and union leadership, welcomed British Prime Minister Theresa May to the White House, rode Air Force One to speak to Republicans gathered in Philadelphia, granted multiple interviews, spoke to a number of foreign leaders by telephone and tussled with Mexican President Enrique Peña Nieto, which resulted in the canceling of their planned joint meeting next week.

Trump’s swift actions were received with considerable though not unanimous support on the Republican side of the aisle and were largely criticized by those on the other side of the aisle. His consistent use of Twitter only amplified the responses to his presidency.

As week two begins, keep up with all of Trump’s statements and actions with these Flipboard Magazines and topics. 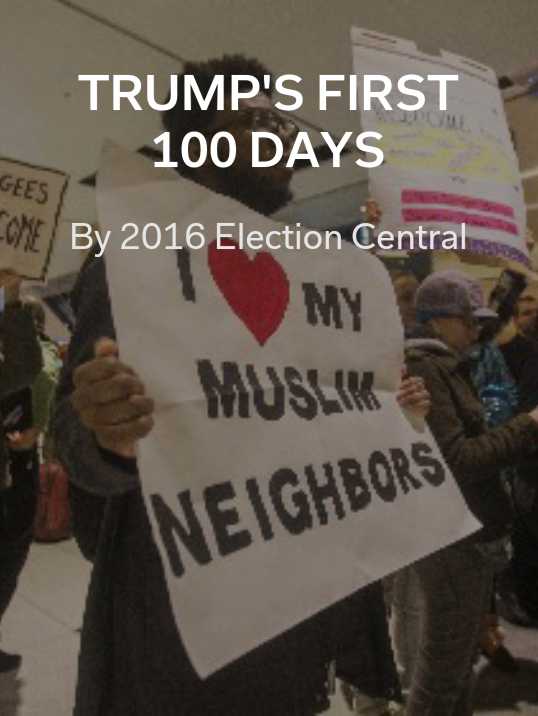 Mike Pence: The vice president made headlines this week when he spoke at the annual March for Life. He was also by Trump’s side at every turn throughout the last days. See what’s next for the former governor and congressman.

Steve Bannon: The counselor to the president, who was previously the head of Breitbart, told The New York Times this week that the media should “keep its mouth shut” and referred to the press as the “opposition party” to the current administration. Learn more about the man who has the president’s ear.

U.S. Supreme Court: Trump said he will announce his pick for the vacant seat on the Supreme Court this week. Discover more about the leading contenders to fill the seat left empty by Justice Antonin Scalia. 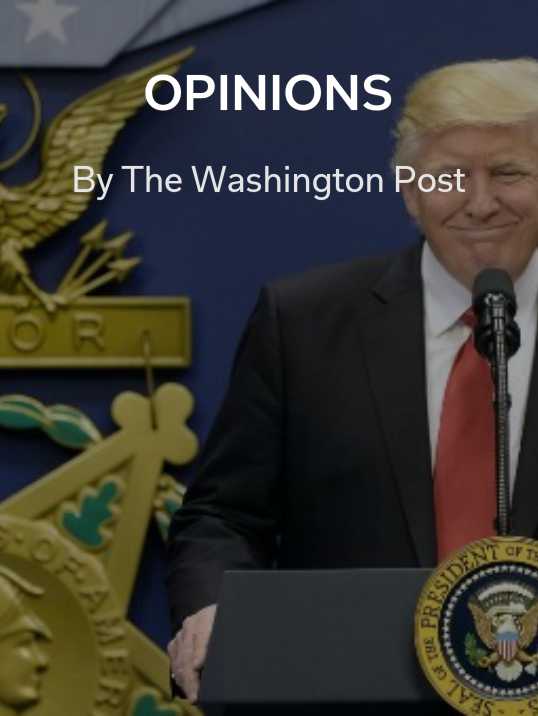 The Washington Post’s Opinions: Read how the leading voices on the right and left are reacting to Trump’s actions on the pages of The Post. 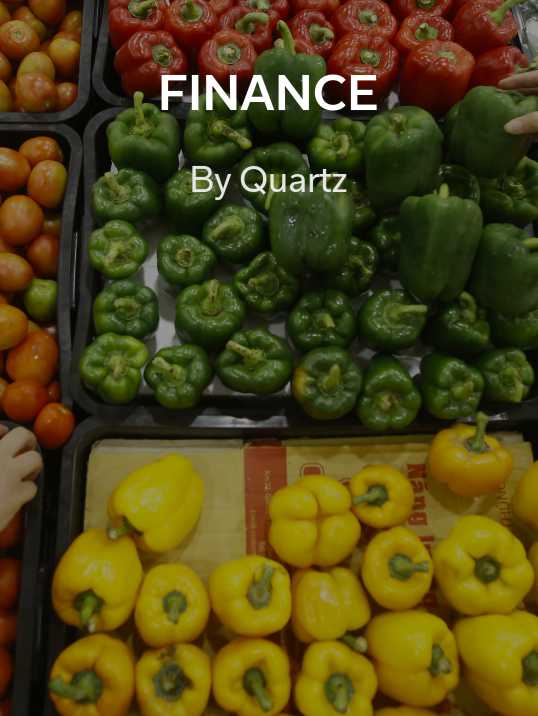 Quartz’s Finance: See how financiers and the financial markets are responding to the new U.S. president.