The Week in Review: When the Lights Turned Back On 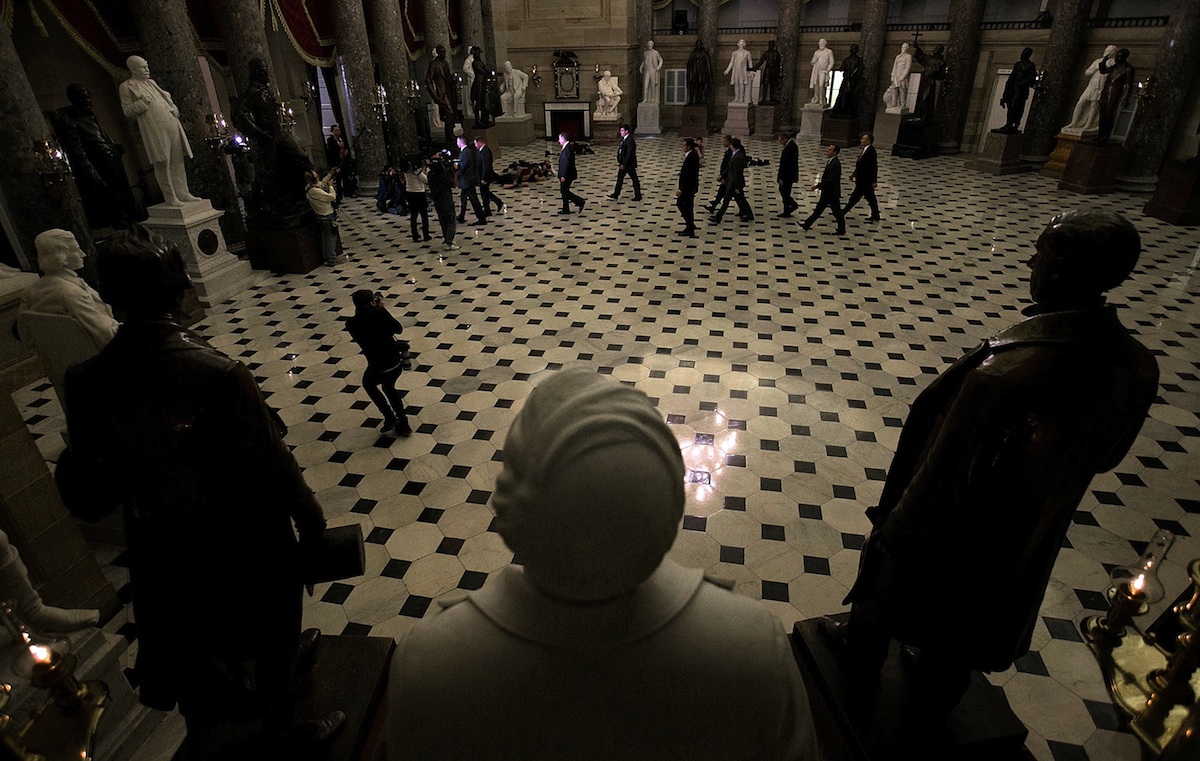 The government shutdown has ended, but it isn’t over. Arguably, it’s just begun.

The United States Congress voted to suspend the debt ceiling earlier this week, effectively ending a 16-day shutdown of the world’s largest economy. The shutdown sapped $24 billion from the U.S. economy, and roughly 0.6 percent from the country’s fourth quarter GDP, according to the S&P Ratings agency.

Nonetheless, the lights at the Capitol Building are back on, national parks have reopened, and furloughed employees are returning to work. Yet, there’s already talk of the next showdown over a shutdown. On paper, the debt ceiling will be renegotiated on February 7, 2014. However, the U.S. Treasury can manage to keep the government’s finances under wraps for a few months after, until the beginning of primaries for next year’s midterm elections in the summer.

With key races in the House and Senate, one storyline that’s emerged from this week’s political gridlock is the schism Republicans face with the Tea Party—largely over the continued fight to repeal President Obama’s healthcare legislation.

Below were some magazines that did a terrific job covering Washington’s latest political gridlock, worthy resources to read through to catch up on the latest rumblings from the Beltway. 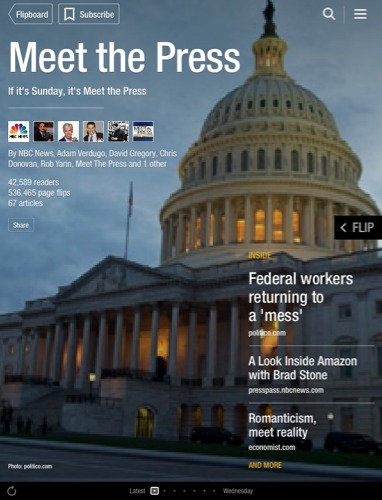 Meet the Press: A magazine brought to you by television’s longest running program. 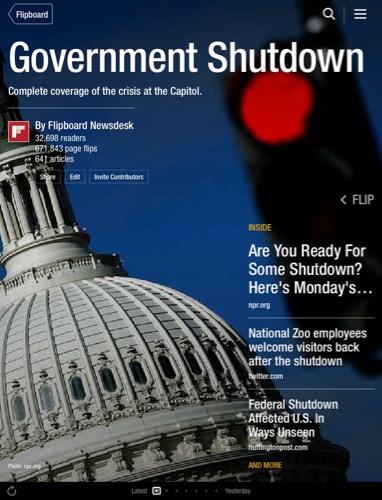 Government Shutdown: From the Flipboard Newsdesk, flip through for the latest in DC’s debt crisis. 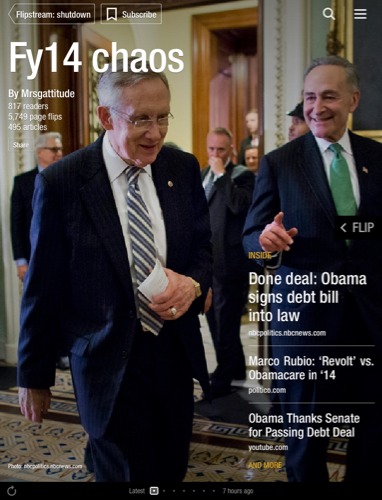 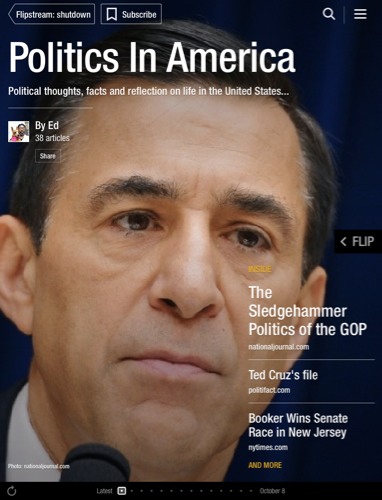 Politics in America: Flipboard curator @ebolds54 rounds up all the interesting stories from the beltway. 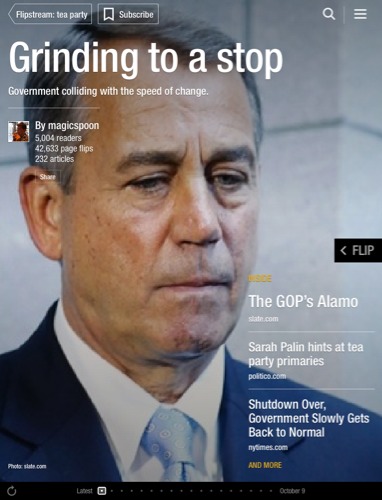 Grinding to a Stop: The sound of Washington for the past few months curated by user @magicspoon. 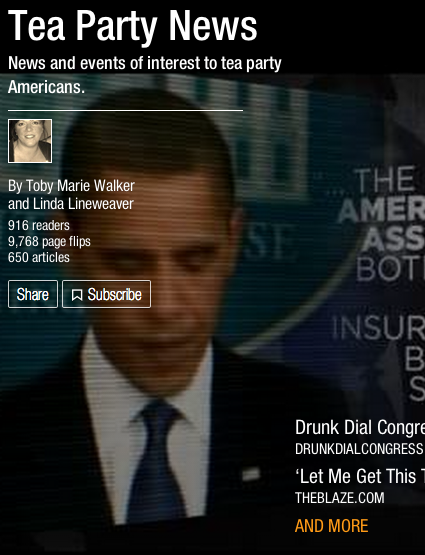 Tea Party News: A co-curated magazine rounding up stories about the Tea Party.