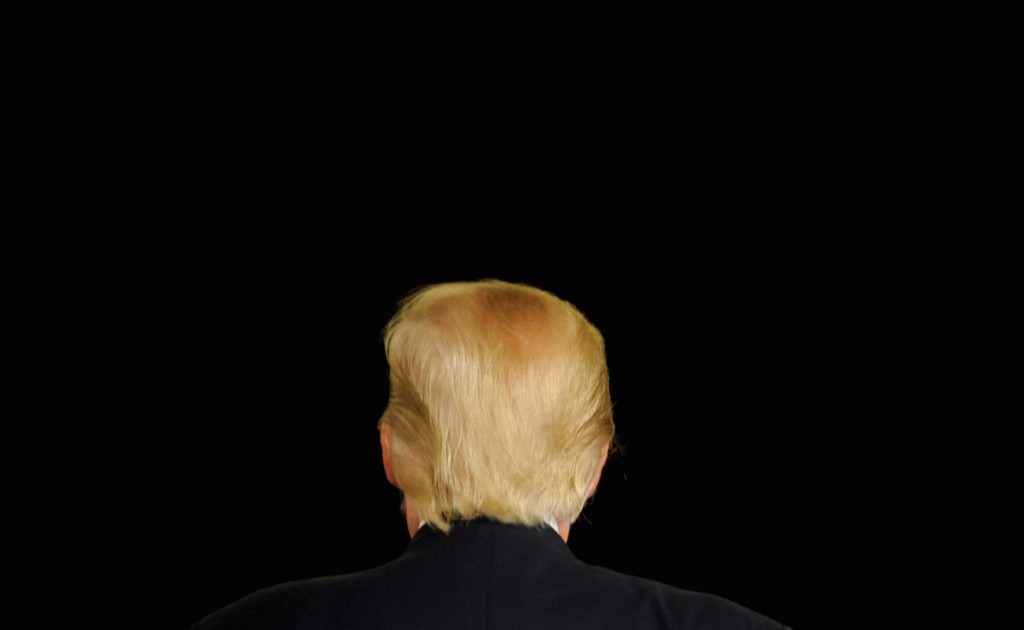 Republican U.S. presidential candidate Donald Trump turns away from the cameras as he speaks at a town hall event in Appleton, Wisconsin, March 30, 2016. REUTERS/Mark Kauzlarich

The 2016 presidential candidates are blanketing New York ahead of the state’s April 19 Election Day. Three candidates tout the Empire State as home turf, which only adds to the election’s importance. Donald Trump was born in Queens, New York, and has made his home in the state ever since. Bernie Sanders was born in Brooklyn and left at age 18, and Hillary Clinton represented the state in the U.S. Senate and has a home upstate. All five of the candidates are attempting to curry favor among the state’s diverse electorate, as chronicled in detail by the famous New York City tabloids.

Trump and Clinton hold polling leads among the Republican and Democratic fields respectively but are leaving nothing to chance given this unique election cycle. We spoke to Washington Post National Political Correspondent James Hohmann about what’s at stake in New York and the path forward for each candidate.

We’re not used to so much national attention on New York at this point in the race. What are the demographics of the state, who’s leading now and who matches up ideologically?
It’s pretty exciting to be in the Big Apple right now, isn’t it?! The NYC tabloids totally love it; their headline writers are clearly having as much fun as the reporters who are in the fray. Hillary riding the subway! Cruz making Matzah! Bernie going to see Hamilton! Trump just being Trump! It’s a great story.

Donald Trump and Hillary Clinton are both likely to win their home state. Trump has been pulling over 50 percent in several polls; the question is how many delegates he accumulates. They are apportioned by congressional district on the GOP side.

Hillary has been up double digits. All of us in the political press are being a lot more careful after Sanders scored a huge upset win in the Michigan primary when all the polls showed Clinton up big. But she is heavily favored to win, especially because of the large number of African-American voters. The question insiders buzz about is her margin and the delegate breakdown.

Of the states left to vote, what are the must wins/paths forward for each candidate?
Hillary badly needs a win from New York after losing eight of the past nine contests. It will give her momentum and delegates. The front-runner is leaning hard on relationships she forged over eight years representing the state in the Senate.

Clinton has a huge, almost insurmountable lead in the delegate hunt, especially when super delegates are factored in.

Sanders pledges to stay in through California, the final state to vote, in June. But he needs to start winning big states with large minority populations, such as New York, Pennsylvania and Maryland. He’s done great in smaller caucus states and in places with overwhelmingly white populations. He’s clearly tapped into something with the Democratic base, but if the race stays on its current trajectory, he will lose.

The question on the Republican side is whether Trump will get enough bound delegates to avoid a contest convention. It is looking harder and harder—he needs to win about two-thirds of the remaining pledged delegates now—but not impossible. On the Republican side, the race will be hard fought through California in June, when delegates are awarded by congressional district.

But increasingly it will be decided by district and state level conventions like the ones we saw this weekend in Colorado and Michigan, where Ted Cruz showed organizational strength.

What are Trump’s biggest weaknesses in the race now and can he overcome those with the voters? If so, how?
Trump’s biggest weakness at this point is his lack of organization. Dominating cable TV is not enough anymore. Winning the most votes in the primaries won’t get him the nomination. He has been caught flat-footed at the conventions, not getting the delegates that he theoretically should. He’s brought on Paul Mannafot, a veteran GOP insider, to try catching up. But there is little margin for error.

He also seems to have a ceiling of support. At this point in the cycle, the front-runner is usually getting stronger as the base falls in line. But Trump has gotten weaker. He has a floor of support. At least one-third of Republicans strongly support him, despite (or perhaps because of) the gaffes and constant controversies.

What are the most likely outcomes if a Republican candidate does not reach 1,237 delegates by the convention? Who is most helped/hurt by an open/contested convention?
Chaos is the short answer. Anything can happen once we get to a contested convention. We have no idea how many ballots it would take for someone to get over 50 percent.

Cruz benefits from a contested convention at this point, and Trump gets hurt.

That said, it is also central to John Kasich’s whole strategy. He will probably have only won the Ohio primary going into Cleveland, but he thinks that he could emerge as a logical alternative to Trump and Cruz. It’s also possible that a fourth candidate could emerge. The rule requiring that someone win eight states to be placed in nomination can easily be repealed at the start of the convention.

What are Clinton’s biggest vulnerabilities in a general election? Are those impacted based on which candidate she’s (hypothetically) running against?
The enthusiasm gap: Right now, we are all focused on Clinton’s problems with the liberal base. She’ll need to get Sanders supporters to rally behind her and re-activate the coalition that allowed Obama to win in 2008 and 2012.

In the general, Republicans will try to portray her as not trustworthy and out of touch.

Whom she’s up against could alter both of these dynamics.

Sanders has repeatedly vowed to stay in the race until the convention. But if he can’t win the nomination, what does he achieve by staying in the race?
That’s what a lot of Hillary allies are asking too! Bernie believes he has a path, but he also clearly likes being able to pull the front-runner to the left. Staying in forces Clinton to respond to him and engage with the issues he is talking about, whether trade or Social Security or Wall Street regulation.

If he stays in through the convention in Philadelphia, he might be able to influence the Democratic Party’ platform and make Clinton work harder to reach out to his supporters.

Keep up with the latest on the 2016 race in Election Central and track the remaining candidates in The Washington Post’s Flipboard Magazines.